We have a fresh part from Calgary’s Birken Kirk to debut on the site. Read on for a quick interview with Birken.

How long did you film for this video and where is it shot?

This is a collection of clips filmed over 2021. It was mainly filmed in Calgary with some additional clips from Vancouver.

Do you have a memorable story to share from filming?

Definitely one of the most memorable moments filming this was when Avery [Gerle] and I were filming the manual kickflip manual line. Midway through getting this clip, we watched a City of Calgary truck pull up. This guy starts walking towards us so I’m thinking he’s definitely here to kick us out. But we chatted for a bit and he was actually there to assess what supplies he needed to cap the spot. He didn’t really mind what we were doing. After that, he gave us this random flat rail he had in the back of his truck. I have no clue where he found it, but we were stoked to take it off his hands. We ended up getting the clip after he left with 1-minute left on the battery. Cheers to Avery for the patience and motivation on that one!

What’s it like having a brother who rides? Who got into riding first?

It’s pretty fucking cool. Haha. Sol’s progression over the years has been incredible, and I can’t wait to see what his next move is. We’ve always ridden bikes together since we were super little. I believe I got my first complete BMX before him, but we both got into it the same year.

Who’s a part of your typical riding crew in Calgary?

Usually there are quite a few of us. Connor Campbell, Jay Park, Austin Odegnal, Avery Gerle, Andrew Schubert, and Riley Abramyk always seem to be out. But there are so many more so I apologize to anyone whose name isn’t on here! The BMX scene has grown a bunch over the past few years since I’ve lived here. 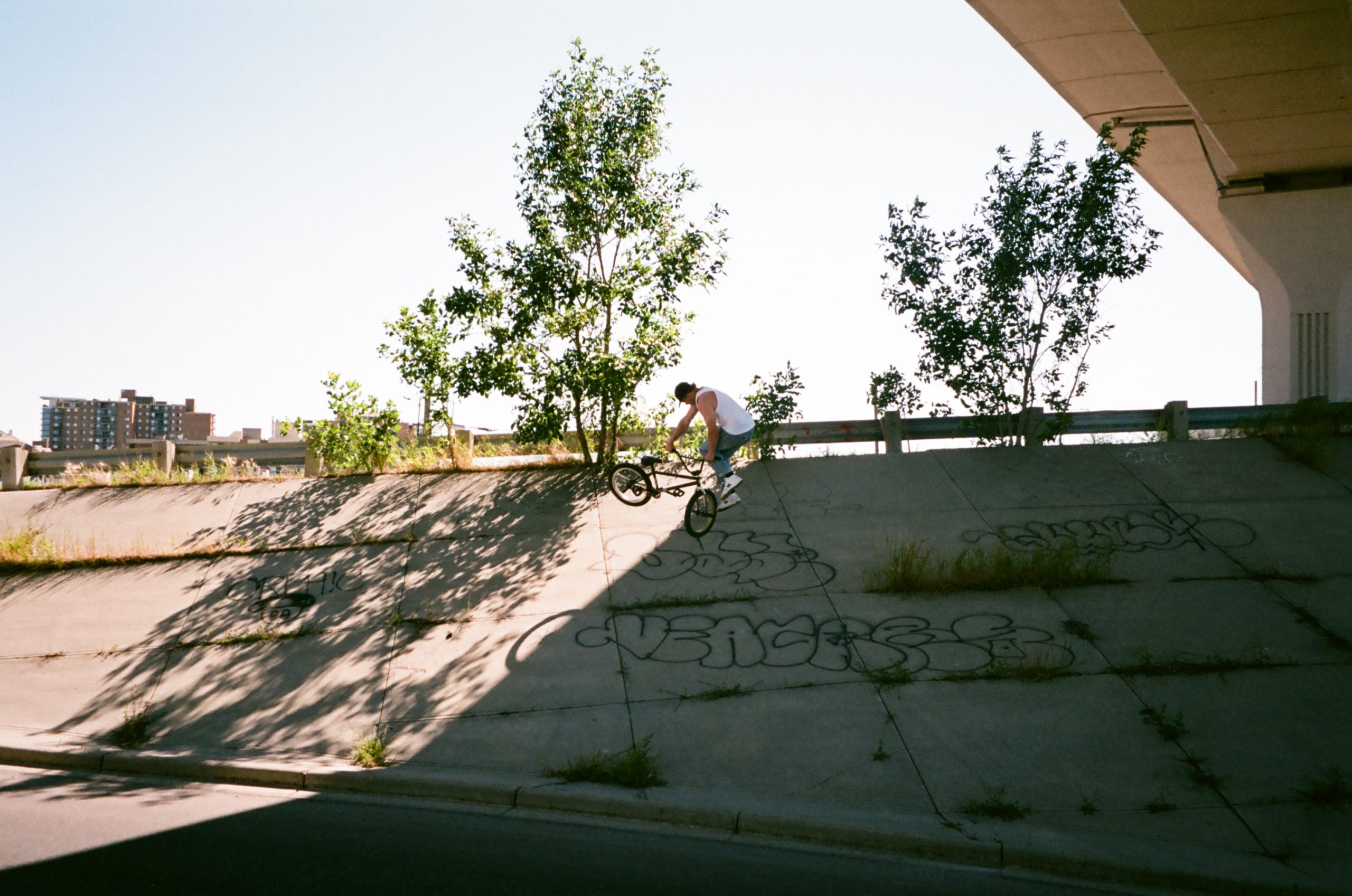 Who do you look up to the most in your local scene?

I look up to tons of people out here. The Calgary scene introduced me to street riding so I’m very grateful to be influenced by guys like Greg D’Amico, Richard Gallant, Austin Odegnal, Andrew Schubert, and Riley Abramyk. Big shoutout to those guys for showing me what BMX is all about!

Where did you live before Calgary?

I grew up riding BMX in Invermere, BC. The skatepark was built shortly after my family and I moved there which got me stoked on bikes from a pretty early age. Since that park was fairly close to our house, my little brother and I would spend most of our free time there. We actually used to film a bunch of mini skatepark videos with Avery back then as well. Haha. That place played a huge role in my love for BMX. I’m grateful I got to spend thousands of hours riding that park growing up. It still has to be one of my favourite parks today.

You spent some time in Vancouver for school last fall. What are you in school for and what was your experience like in Vancouver?

Last fall I began my first period of technical training for my Heat & Frost Insulator apprenticeship. The first 4 weeks of the course were all online and ended up being pretty chill. My girlfriend and I had a bunch of time outside of school to go explore around the city. That was a super cool experience, even though it rained most days. She helped film some clips too! Also, a huge shoutout to all the Vancouver homies that were down to meet up and film. It’s always a treat to ride with those guys. 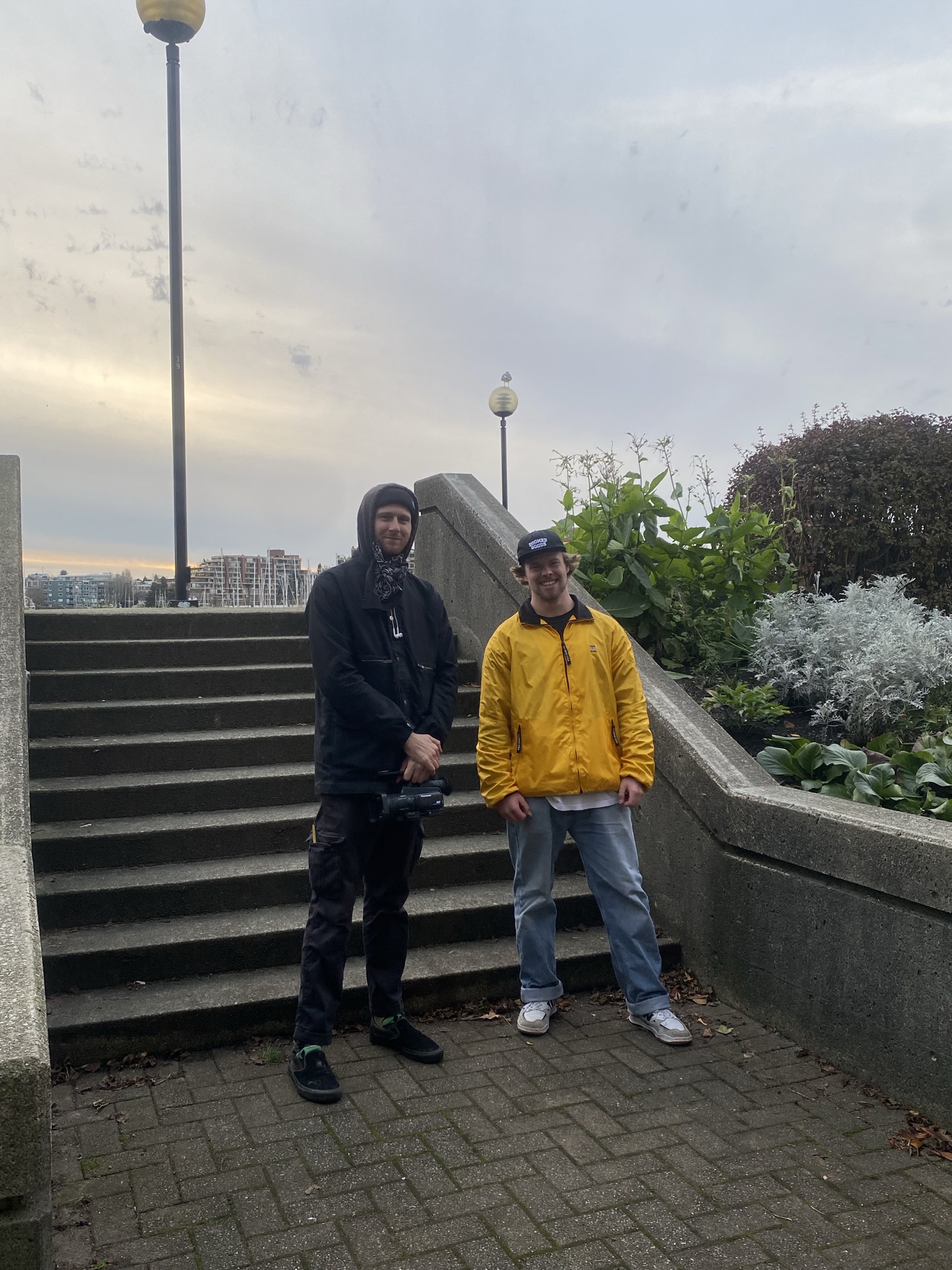 You recently bought your own camera to start filming. What motivated you to invest in gear and what are you filming with?

At the beginning of last year, Austin Odegnal sent me a post on Kijiji for a Panasonic HMC40. It was a pretty sweet deal so I went for it. I had wanted to invest in a camera for a while after spending the previous year filming with Austin’s HVX. It’s been great getting some experience behind the lens, and also being able to get some second angles for the homies.

Austin told me to ask you about the night you got a Cashmole tattoo.

Hahaha. Damn… Well last year during a trip to Vancouver, we ended up going to the Cashmole house to chill for a bit after riding. Pretty much as soon as we walked in the door Seb Gagne handed me a 40 of Old E as he promised earlier that day which I completely forgot about. Whilst I was finishing that, I saw Seb’s girlfriend had her tattoo machine out. For some reason I decided that I had to have one. After a small amount of brainstorming, it was decided that a sun on the middle of my forearm was the best option. That’s what we went with. Honestly, I would’ve kept it if I put it on my leg or something. Either way it’s been covered up since. Haha! 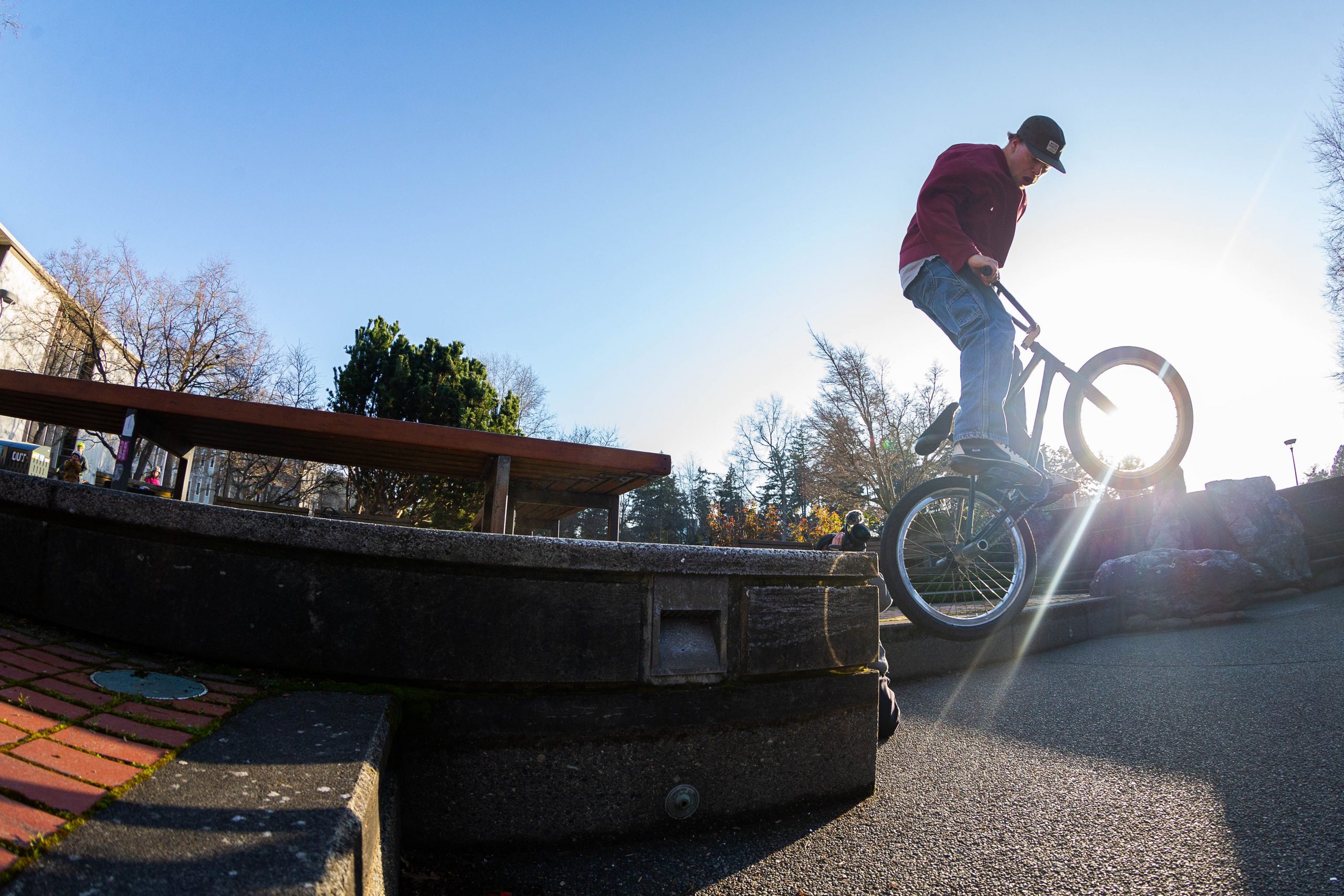 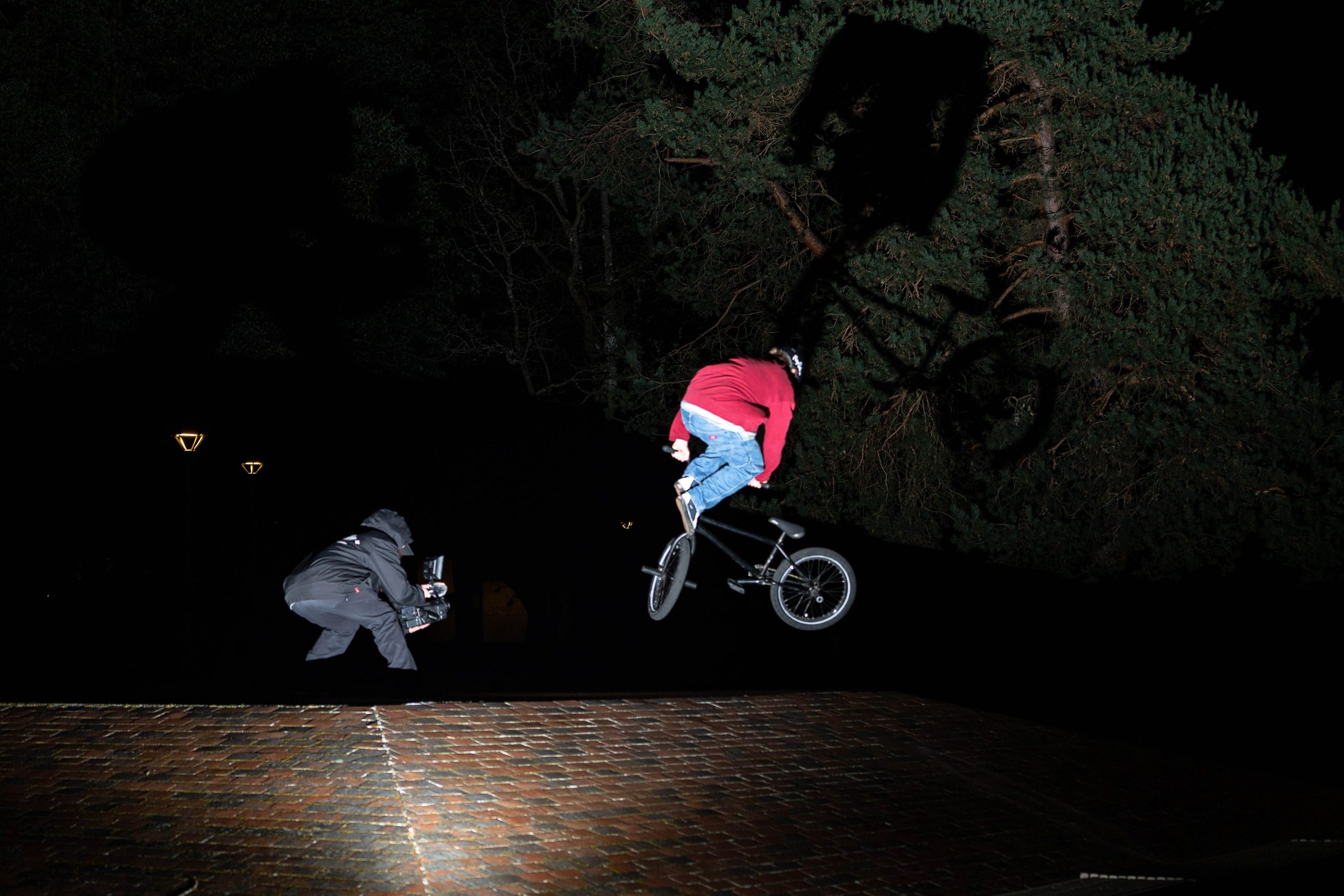 Do you have any other upcoming projects or plans for 2022?

I’ve got a few clips stacked with Avery for a new part we’re working on. We don’t really have any sort of timeline yet, but it’s been fun looking at set-ups differently since I put on a cassette.

Any thanks or shout-outs?

Big thanks to Avery Gerle, Austin Odegnal, and everyone else who made this possible! 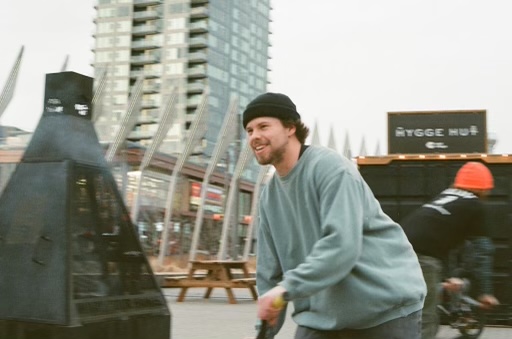