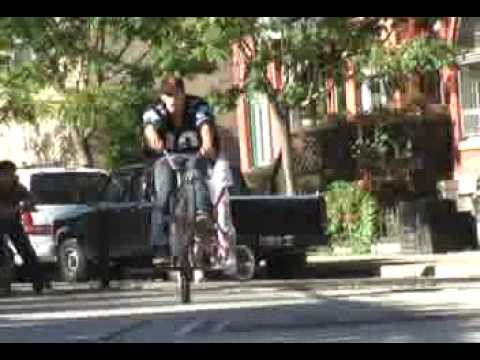 Posted at 11:23h in ARCHIVE by Prashant Gopal

If you are well versed in the history of BMX in the Toronto area, the name Patrick Krzyzanowski may sound familiar to you. Over the years he has had parts in numerous different video projects. Nowadays Pat’s primary focus has shifted from riding and filming towards fine art. After finishing his degree at the University of Guelph at the end of 2010, and completing an artist residency program in New York City over the summer, he has relocated to Toronto, where he shares a studio space with a few other artists. He’s been busy working on a series of intensely detailed watercolour paintings depicting wild fantasy wrestling scenes for a solo show in September 2011 at the the ISE Cultural Foundation Gallery in New York City. I wanted to catch up with Pat and he took me for a tour of his studio. Click below to check it out.