Posted at 11:01h in ARCHIVE by Northern Embassy

I get asked often how I accumulated so many ramps. For many years, my dad and I built set-ups
together. However, the most major additions have come about rather unconventionally. I was incredibly
fortunate and acquired ramps from the Thorsby Ramp Park when it closed down a number of years ago.
I also had some of the old 1664 Street Justice contest ramps donated to me. These were both
bittersweet experiences. It was sad to see the indoor park and contest cease to exist, but at the same
time I was able to expand my backyard playground.

Each of these opportunities became extensive deconstructing, transporting, and building projects. In the
case of the indoor skatepark, all of the ramps were originally built inside. Consequently, they had to be
taken apart to fit through the tiny doors of the building. We then had to transport ramps for each of
these projects to my home. Curious looks from the neighbours were commonplace. 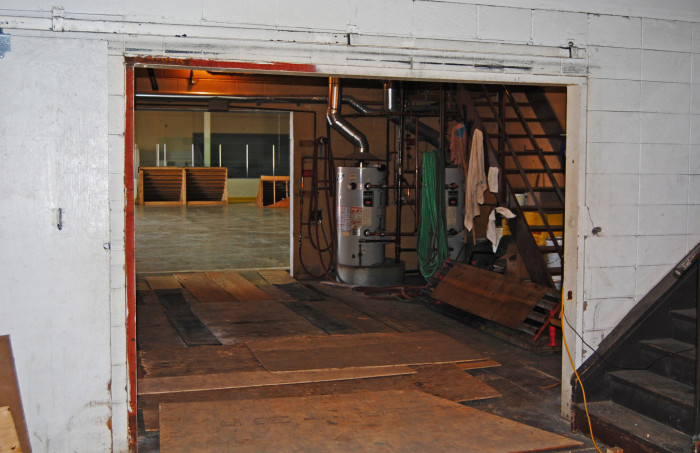 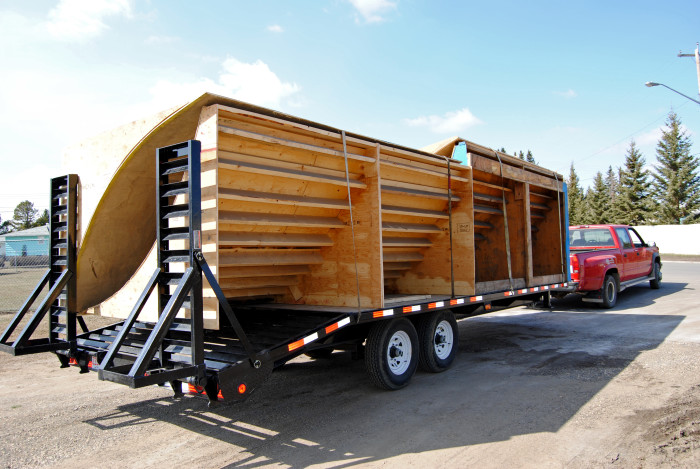 I don’t ride the ramps as much as I should in the summer. That sounds surprising, I know. My summer
months are typically spent in the city riding with the crew, rather than having solo sessions at home.
During school, particularly in the fall, I ride the backyard often. With an office job, a research assistant
job, a teaching position for statistics labs, school assignments/studying, and relationships, I don’t have
much time to ride with friends throughout the semester. However, my backyard is the perfect place to
take a break, catch a quick hour long session, and simply have some fun. After a ride I’m usually
refreshed and ready to get back to work. 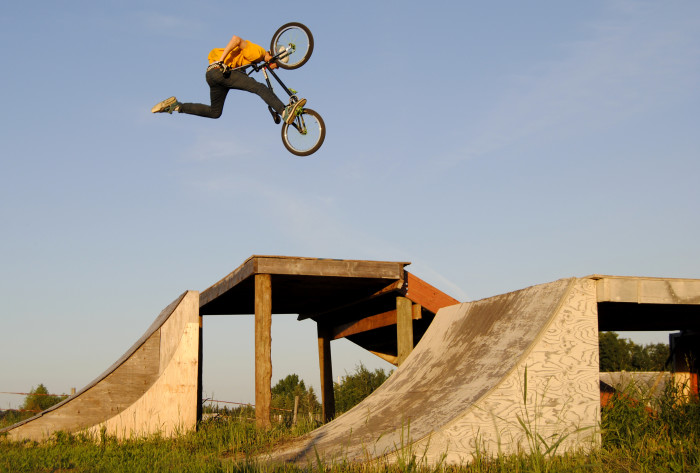 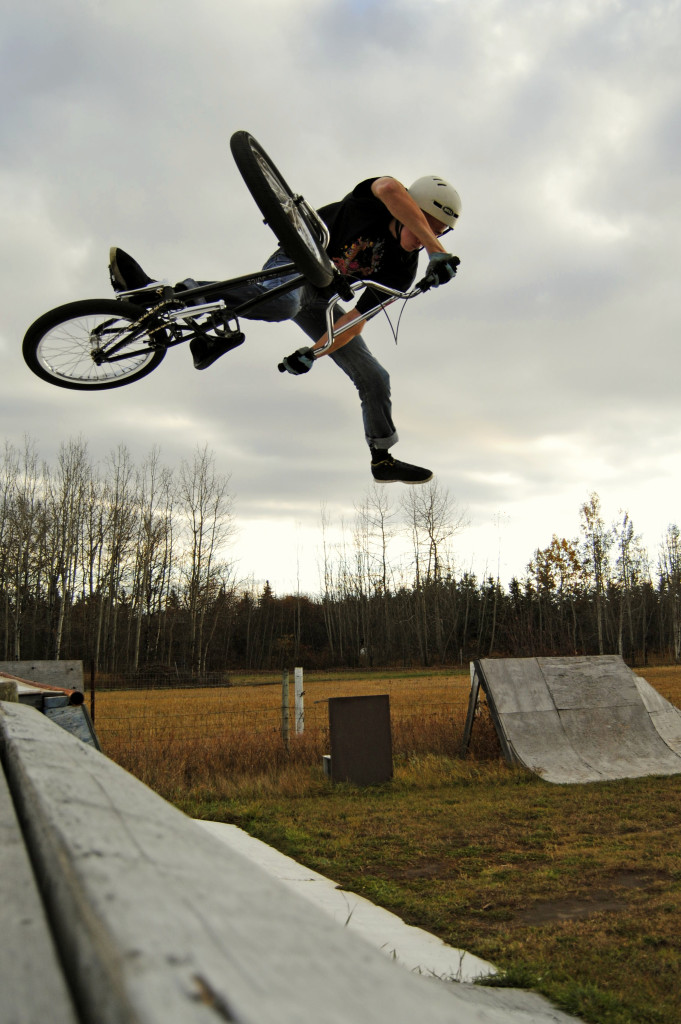 Precarious creatures indeed, Richardson Ground Squirrels, informally referred to as a gophers, are
adamant backyard residents. Despite numerous eviction notices, as well as rigorous extermination
efforts, these rodents still lay claim to the land. One’s ability to dodge gopher holes while riding the
ramps is a skill in and of itself. It adds a whole new element to bike control, especially when hitting a
hole and managing to stay atop two wheels. This summer I began filming a video dedicated to my furry
enemies. My mission was to film a variety of bicycle stunt maneuvers utilizing one common obstacle: a
gopher hole. Despite my young age of 21 years, I anticipate the video will be the culmination of my life’s
work. Kidding.

As a result of the prolonged periods between sessions in the summer, there’s another frequent pest that
takes up residence in the backyard. These pests are neither furry, nor cute. Instead, they have black and
yellow stripes, wings, and stingers. Wasps are what I’m alluding to. These insects like building their
homes underneath the ramps, but surely do not appreciate someone airing above them. Nonetheless,
further extermination efforts can be an additional source of childish entertainment. 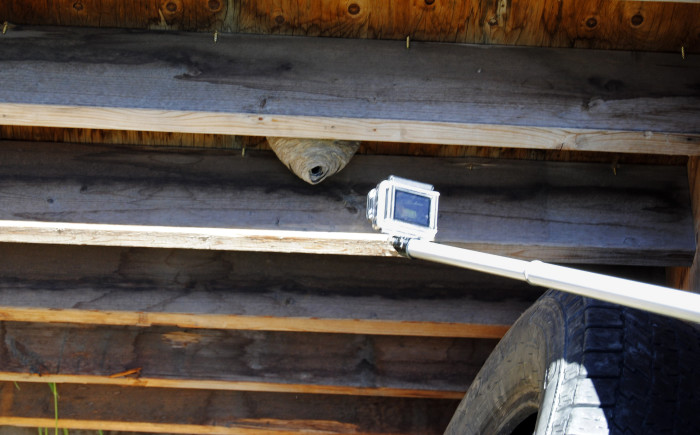 Colin’s ankle injury is the most grotesque event to occur in the backyard. 5 years ago my friend was
trying a 270 hip transfer and landed with his foot down at a weird angle. Colin walked away from his
bike upon impact, but then immediately went to the ground. He started screaming “My ankle is broken!
My ankle is broken!” At first we thought he was joking around. However, his yells persisted and we went
to see what was wrong.

Colin’s foot had literally rotated 90 degrees and was stuck there. We carried Colin towards the house
and sat him down on the tailgate of a truck. The ambulance came shortly thereafter and took him to the
hospital for surgery. He ended up breaking a bone in his lower leg and dislocating his ankle which is
what allowed it to rotate. Fingers crossed for safe sessions in the future. 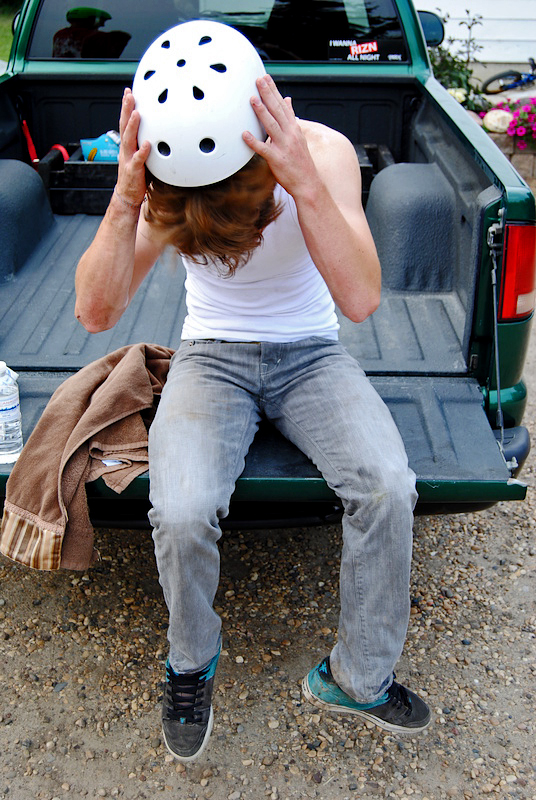 I’m incredibly grateful and have a lot of people to acknowledge. First and foremost, I have to thank my
dad. From building that first ramp to tackling big projects such as deconstructing the Thorsby park and
transporting the Street Justice ramps, he has been there every step of the way. Although he
understandably gets annoyed with me at times, it’s amazing that he continues to be this supportive of
my love for BMX. Much thanks to my mom for tolerating the ramps all over her yard. No thanks to the
few neighbours that think our backyard is an “eyesore.” Thank you to the Village of Thorsby and Bernie
at 1664 for hooking up some serious additions to the backyard playground. Lastly, thanks to my brother
and friends for helping out with the ramps, and providing constant entertainment in the backyard. 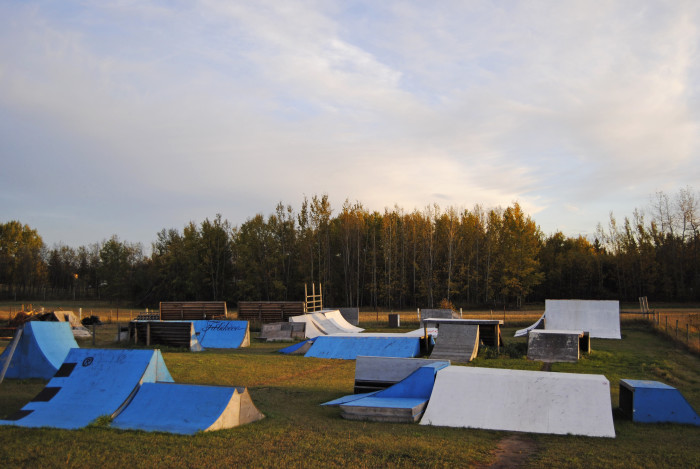 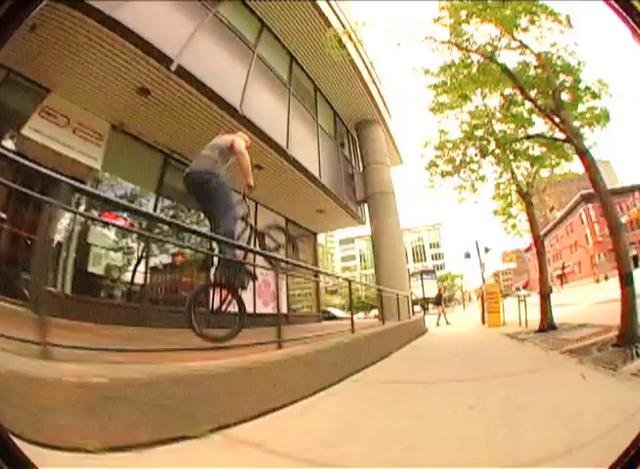 Posted at 17:59h in ARCHIVE by Luke Santucci
Read More
The Northern Embassy is the best source for exclusive BMX videos, photos, and interviews from coast-to-coast.