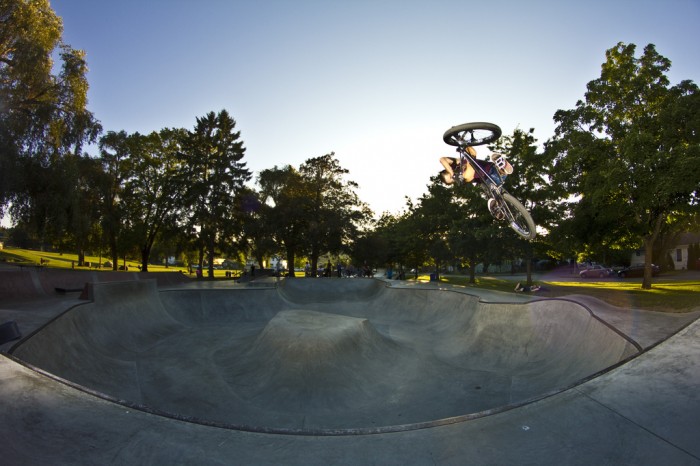 (most) words by Mat Ridgeway

The spots in Seattle have been well documented over the years. It has classic spots like Garfield High School and the University of Washington. It also has two awesome new parks, Delridge and Beacon Hill, which sit five minutes apart on opposite ends of the West Seattle Bridge.

We met up in Delridge, just outside of Seattle for our first riding stop. By chance a few of the true original NW locals were there too, as well as Tony Archibeque and Natalie Noble. This girl is the next big name in riding, while we rode the main bowl she was off in the back riding the massive egg shaped mega pool, airing higher then any of us. Well, except Hango. But he doesnt count. 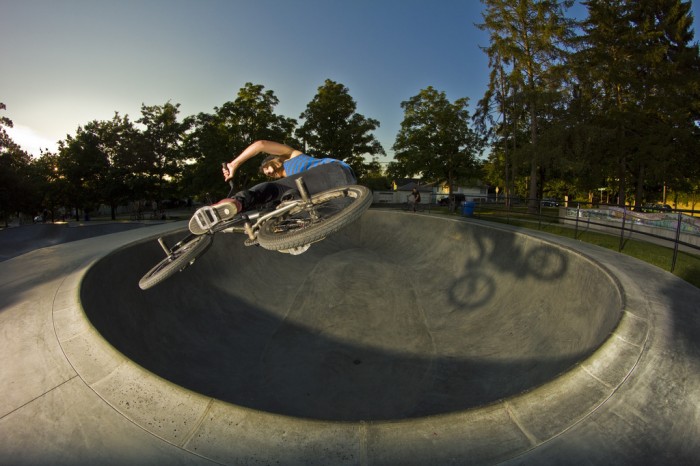 After a few parking lot beers with the local momma’s we drove across town to Beacon Hill. Home of the Tony Hawk kids, this place was huge and these young kids were killing it on skate, ive never seen kids skate vert that way before, it was like they were being bred to be pro. Slade set fire to the street sized handrail going out of the park while Tony put down the camera for long enough to do some rad lines in the little street sections.

We finished the session in the bowl once the children of the vert went to bed. This bowl was amazing, so many fast lines and big quarters I would have stayed for hours but everyone was hungry and ready to take up space on Aaron’s floor for the night. After getting set up we went out to find food and returned as true hunter gatherers with a pizza so big we had to put it in the trunk of the car.