Dillon is small town Montana. It has the funnest skatepark in the world. 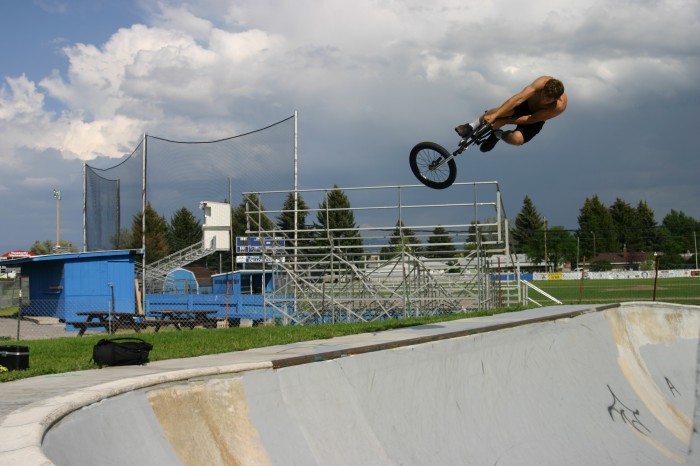 The park was basically a high speed figure 8 with an over under full pipe in the middle and quarters all around. The locals had never seen anyone ride like us (I guess they somehow missed Joe and Ruben being there a few weeks prior). It was insane seeing how excited this kids were. We let them ride our bikes and Hango hooked them all up with a bunch of Fit and 64 stickers. One older, slightly strange as hell girl insisted giving us all hugs and even went as far as telling us it was the best day of her life. Awkward. We ended up staying in Dillon for hours, right near the park was a few fun rails and manual pads we messed around on while others trained the bowl.

Street Session in the World’s Smallest Town from no bikes on Vimeo.

For me the best part of that park was talking with the kids, the stuff they would say and quote from tv was so dirty I wont even bother repeating it. They gave us a hard time about the older cars and told us they probably wont make it back to Canada. Thanks. But atleast they didn’t ask if I borrowed my Moms vehicle for the trip, that only happened to Aaron. 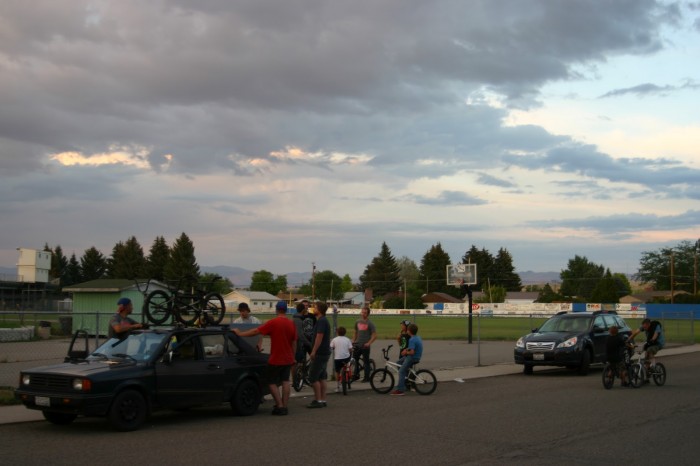 The scene in Dillon. Photo: Kurt

The group split up for dinner, one to Mcdonalds for american grease and wifi, the other had Mexican food inside a bus. When they say Montana is big sky country they mean it, the stars that night were insane. We pulled off the highway and wandered into a field to get a better look. Space facts and questions we’re flying. The whole trip was filled with good converstaion, about anything and everything.

BUTTE – WHITEFISH – BACK TO CONTENTS