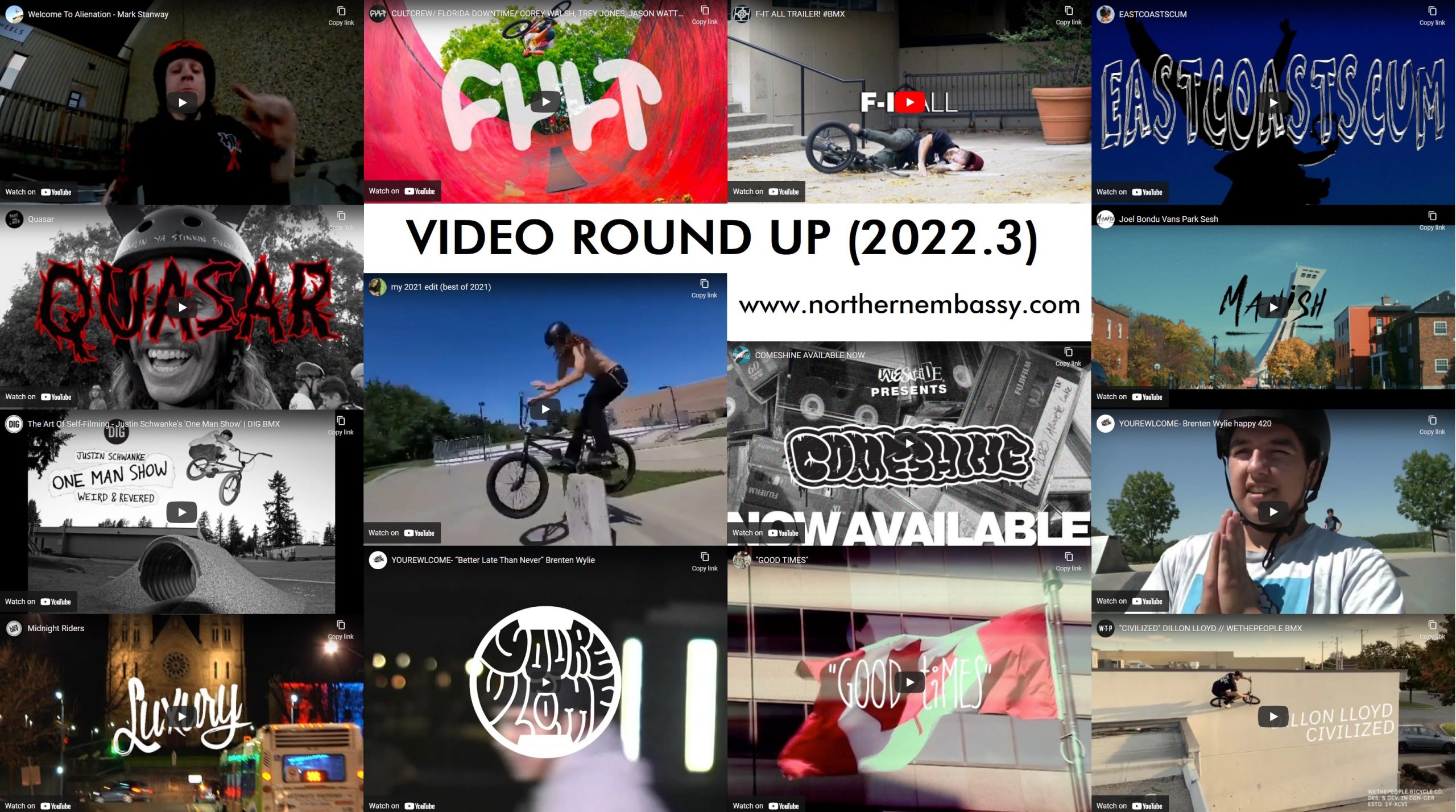 The thumbnail should be reason enough for you to press play on this new piece from Dillon Lloyd.

Mark Stanway at House of Wheels in Edmonton.

Joel Bondu in Montreal at the Vans bowl.

Brenten Wylie continues to showcase his dominance as the Video Round Up MVP. He has now appeared in 5 out of 7 Video Round Ups we’ve posted since the 2021 re-launch of the site.

A welcomed encore from the MVP.

Andrew White as seen in FUTU. Ride in peace.

Andrew White as seen in FU3. Ride in peace.

An insightful conversation with BMX rider and academic, Wade Nelson.