Jordan Siudy filmed and chopped up this video from the Britannia Courts featuring Corey Walsh, Spencer Macfarlane, Ky Brisbois, Nick Halisheff, Jay Park, Tristan Sweet, Matt Perrin, Shelby Hare, and Jordan himself. Read on for a short interview with Jordan to learn more about this unique DIY spot in the heart of Vancouver.

What’s the backstory on the Brittania Courts?

It’s a DIY park that has been built by the skate community. I’m not 100% sure on when it started, but I’ve heard it started back in 2016 as a small DIY. It became known as a skatepark in 2018. The community of skaters there do a great job of working with the Britannia Community Centre. They go to meetings and maintain the spot for everyone to use.

What’s the vibe like there with the skaters? Are they cool with BMXers riding?

The vibe is good! Everyone seems to get along. Most of the skaters are super cool. There are a lot of really good skaters, which I definitely get inspiration from. The courts can get quite busy on a nice day. This video was shot at night because it was always a little too busy to film during the day. It’s not fun for anyone to try and film lines while 30 other people are trying to enjoy the park. Just respect each other and it’s fun for everyone.

I heard there were some issues with BMXers building ramps at the spot. The skaters and community centre are particular with how many obstacles are in the space at any given time. Were things a little tense after that?

Yeah, this happened around the beginning of the pandemic. The courts are part of the Britannia Community Centre and were locked up due to the pandemic. So a few times the locks or fence were cut open. There were some half-built ramps there that were pretty big in comparison to most things at the park. So the community centre had asked them to have those ramps removed, along with the excess wood. Britannia asks that all the obstacles be able to move with the exception of the quarter pipe and hip. Things weren’t tense after it at all. I reached out on their Instagram to see what was going on because I really enjoy the courts and I wanted to keep riding there. Someone started building these big ramps without asking anyone if it was allowed. It didn’t really have anything to do with them being BMXers, more just whoever was building the ramps and not having respect for the space.

Have any BMXers been involved in building official obstacles or advocating with the community centre?

Aside from dropping off some wood and building a small 2-foot quarter to wallride with Spencer, I don’t think any BMXers have been involved with Britannia. It would be cool for our BMX community to get more involved. 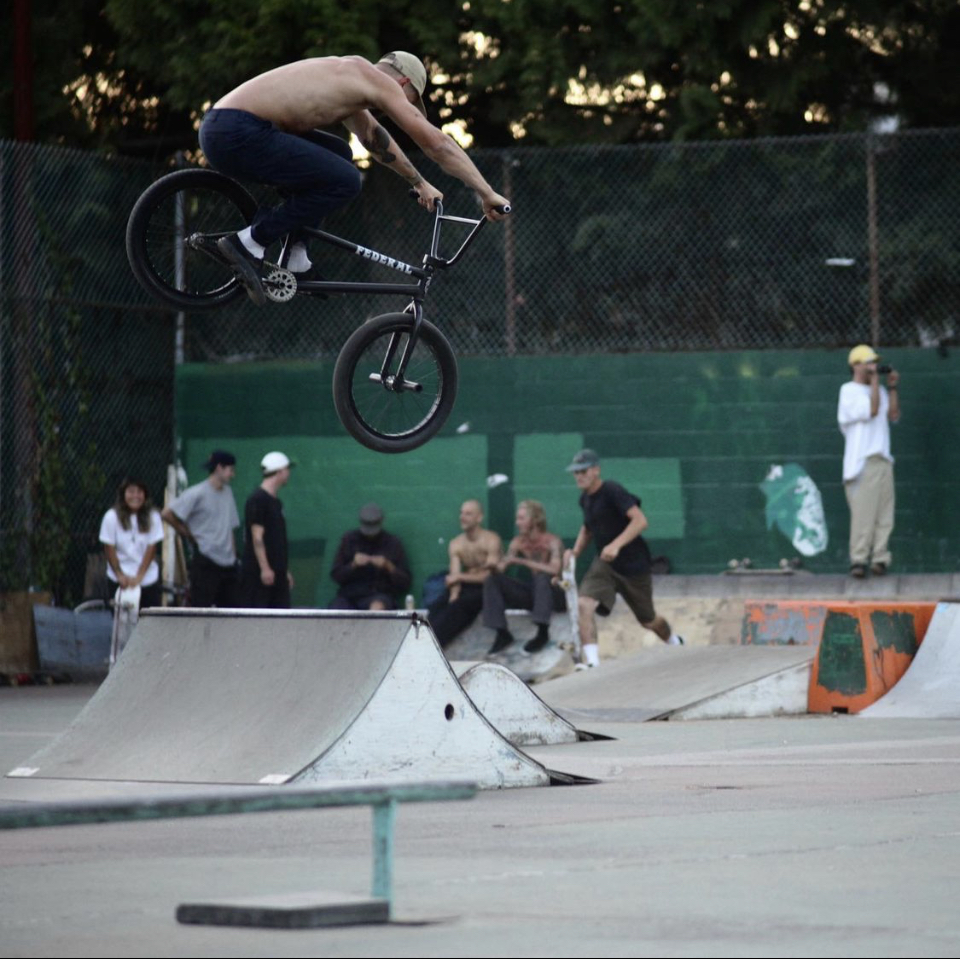 Do you have any stories to share from the spot?

We only had one confrontation with a skater that clearly wasn’t stoked on us riding there. I feel he was just stuck in an old way of thinking. He told us, “Don’t get comfortable here!” Meanwhile, we have been going there quite regularly over the past 2 years. It was the same day we had a group of skaters getting mad at us over plastic pegs on metal coping at Hastings. LOL. It was wild because I hadn’t had any interactions like that in a very long time. I feel like the skateboard and BMX community is becoming a lot less segregated. It was also cool to see Corey [Walsh] move the kicker around, hitting all these gaps I never would’ve thought of. Aside from that, I have lots of good memories; lots of very fun sessions and games of BIKE.

I came across an article which says there have been some public engagement events to determine the future of the spot. Have you heard any updates on this?

I haven’t heard much updates on the future of the spot. However, I do know that the city has approved a renewal of the centre that doesn’t include a skatepark. I can imagine with the demand for real estate in Vancouver—if people don’t speak up at these public engagement events—it wouldn’t be hard for that space to become an apartment or commercial building. The courts are super fun and I think it’s great for the community.

The Lower Mainland has had many DIY spots over the years. What are some of your favorites, past or present? What makes the Britannia Courts special?

I’ve only ridden a few. There have been a lot more that I never got to ride. Leeside is crazy. It’s always fun to watch Corey [Walsh] or Nick [Halisheff] ride Leeside. There was one in north Burnaby recently, which I think may have been the foundation of an old warehouse building. They left some stairs, out ledges, and handrails so you had a DIY and a sick spot right beside each other. The courts is my favorite for sure. Obstacles get moved around or new ones get built so it’s always exciting. It’s a good location: Super close to a bunch of good food spots and a 5-minute pedal to downtown. There is usually music playing at the courts so it’s always a good time. 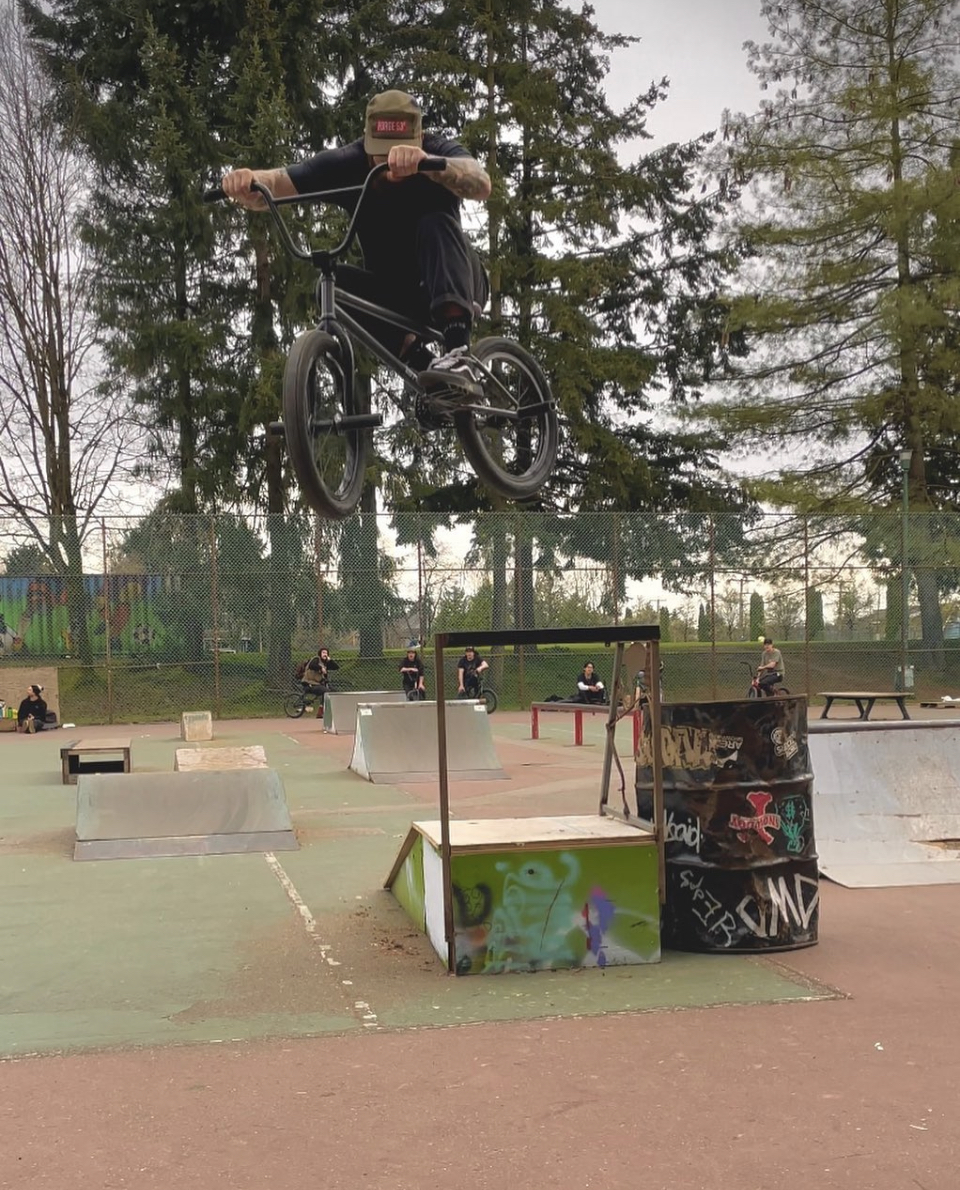