La Soupe Du Jour is an excellent local video produced by the Stweetcrew from Northern Quebec; it represents an area of the country that gets little exposure. There was a day that local videos were one of the most interesting things going on in BMX, mostly showing up as burned discs in DIY packaging. To see that ethos transferred to a well-produced video in a modern online format is really cool. La Soupe Du Jour is full of riders I’ve never heard of hitting spots I’ve never seen in a place I’ve never thought much about, and now it’s all on the map for me. That’s one of the best things in BMX! We sent some questions to the man behind the filming and editing of the video, Evans Murray. Read on to learn about the Stweetcrew and La Soupe Du Jour featuring William Pilote, Evans Murray, Thibaut Weber, Olivier Croft, Dave Pilote, Keven Minier, Antoine Beaulieu, Sam Thibaut, and Billy Brodeur.

Tell us a little bit about your scene and crew. Where are you from, and how big is the riding scene?

We are from Saguenay, Quebec which is 5 hours north of Montreal. Our scene has always been healthy even though we don’t have a young generation of BMX riders. We are very fortunate to have had older guys riding that were exceptionally good. They loved to build ramps, go high, and have fun on their bikes. That molded the Stweetcrew.

What is the riding like in your area? In videos, we generally see the best spots and it can give the perception that spots are plentiful, but do you have enough street to keep you busy? Are there good skateparks? Any trails?

After a few years, we had pretty much covered everything from Saguenay Lac St-Jean. We have a lot of spots, though we have to drive to pretty much all of them. In a city like Québec you can just pedal around and there is stuff to ride. As for skateparks, we were blessed with Le skatepark de l’église for 12 years. Sadly, it’s closed now (since 2017), but that skatepark gave us an opportunity to ride 12 months out of the year with the best local riders. We also had trails built by a MTB rider friend of ours. They were sick! The jumps were made out of wood with dirt landings.

How many years have you guys been making annual videos for? Did the yearly video come about organically?

Making an annual street video has always been a thing for us, starting back in 2013 with summer edits and in 2014 with our first official Stweetcrew video. Summers are short up north so we try to make the most of it.

Has the shift to digital and YouTube made the annual street video any different for you?

YouTube was always our thing! There was also The Come Up. I remember that we were so happy to see one of our friend’s edits making it onto TCU in 2013. Now that I think about it, it’s TCU that made us want to post street edits on the web. 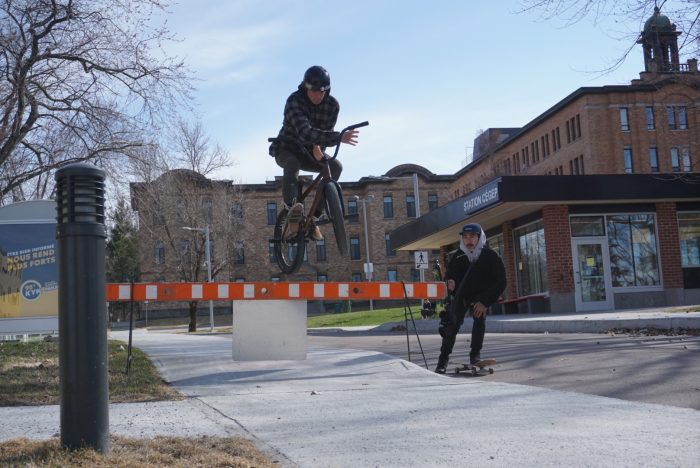 What was behind the theme for this video? It feels like it added a bit of structure and fun without taking focus away from the riding.

Simon (an OG of the crew) came up with that name and we just went all in with the concept. The guys loved the idea and it brought creativity to the video.

The edit had a cool structure to it where it had strings of rider parts, but started with a few of you all riding the same spot. Do you have a strategy to mix it up like that?

I always try to push my limits when it comes to editing, making sure I get as much inspiration as I can. Rich Forne is my favourite filmer/editer. The structure comes from my feelings and how I see the clips unfold! 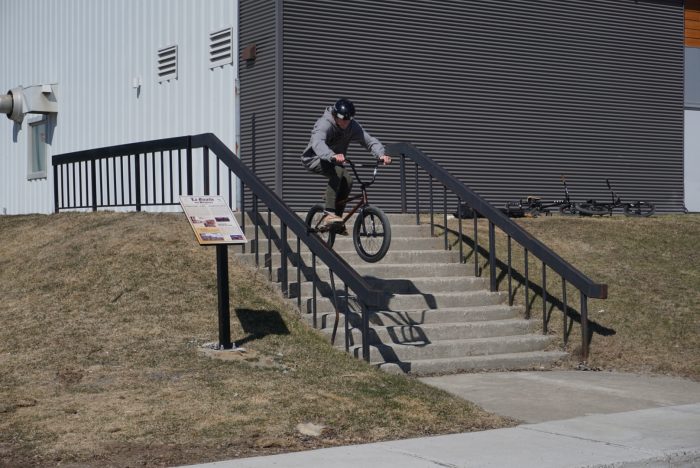 Did you guys travel at all for this video?

For those of us out West, most of the Quebec-based riding we see comes from Montreal. Can you recommend a few other videos from the lesser-known Quebec scenes that people should be stoked on?

I would have to say HOT&COLD, even though their video isn’t out yet. The boys have been stacking clips for a while now. From what I’ve seen, it’s going to be heavy and technical. Shout out to Greg Jean, Antoine Beaulieu, and Sam Thibaut. 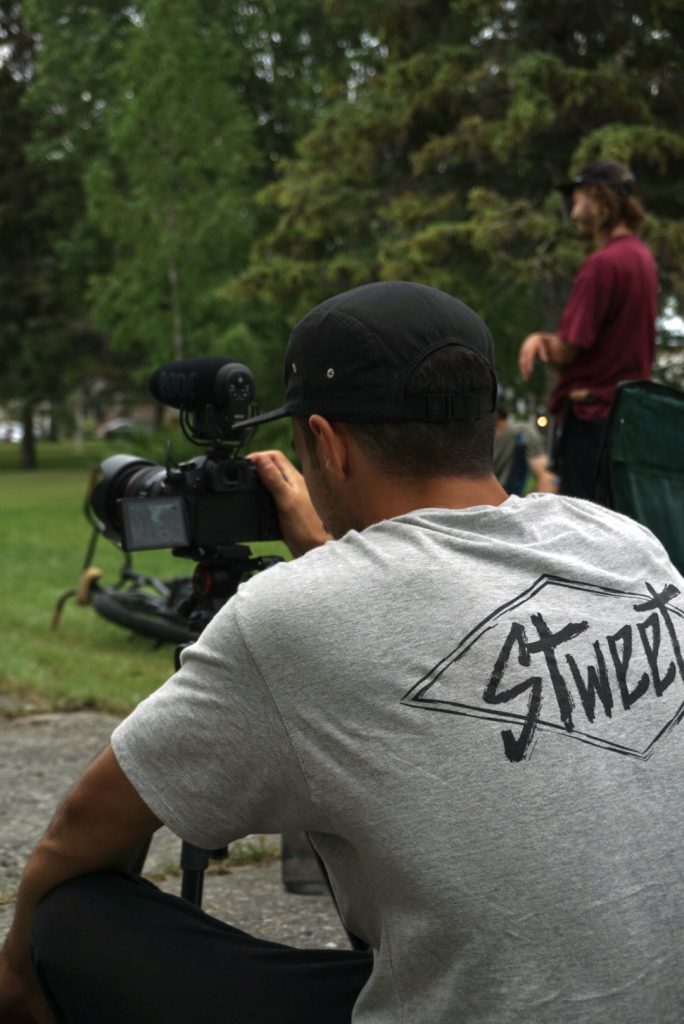 Do you have any other favorite Canadian videos or series?

Everything that is from Quebec; I’ve pretty much watched it all and it’s inspiring to see people get better as the years go by. As for my favorite Canadian videos, I would say Joel Marchand’s edit from The Hunt, everything that Dillon Lloyd puts out, and shoutout to my boy Barbboss. My favorite parts from the Stweetcrew are Keven Minier’s parts from 2017 and 2018.

You had a French rider, Thibaut Weber join your scene. Is it common for Quebec riders to have connections with the French scene?

We’re very lucky to have had him join our family. Prior to that, we never had any connections to the French scene. Thibaut rode with the best riders in France like Alex Valentino, Joris Coulomb, and Anthony Perrin which helped us see things differently. 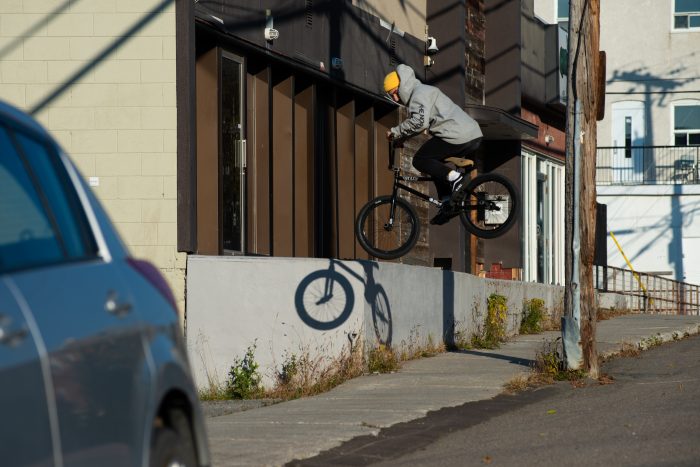 Is there anything else you want to share about your part of the country, riding or otherwise?

Saguenay is one of the capitals of street snowboarding and skiing. We have a lot of hills, so the city built many handrails that are perfect for those sports. Many X-games real (snow/ski) and older movies were filmed in our hometown Chicoutimi. 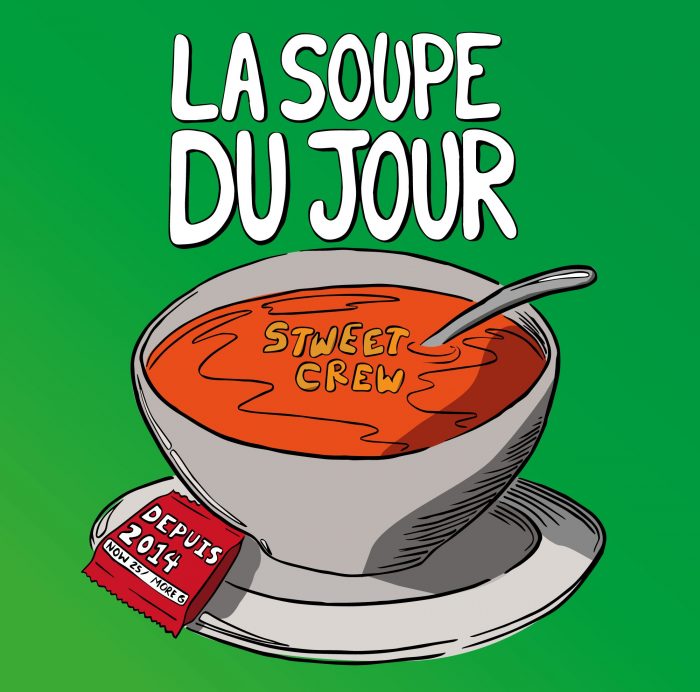