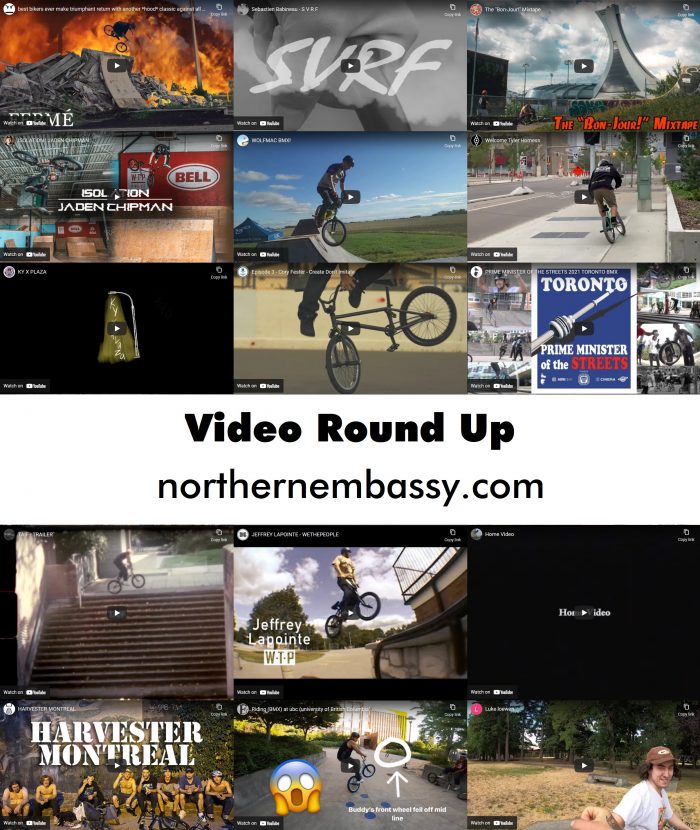 I know what you’re thinking: “How does a DVD from a Japanese based crew qualify to be posted on a Canadian BMX site?” Well, it just barely qualifies. The lone Canadian, Greg Henry has some clips in the BMXFU section of the video. That’s good enough to fit my criteria. To order a copy of the video in Canada, hit up Westride Distro. If you’ve got a love for dreamy street spots and creative riding, it’s worth the investment.

Do we call this a full-length or a mixtape? I’m not sure. Either way, this video is a treat. Check out 19 minutes of street riding from the likes of Landon Barnes, Ruthless Aussie, Byron Kutchera, Denis Bejtic, Chris Genova, Miami Mike, Harrison Forward, and Yuki Ozaki.

Chaos in the streets of Toronto at the “Prime Minister of the Streets” jam. Two more videos from the event here and here if this one wets your appetite.

This video’s only two years old, but it’s certainly worth a re-watch. Matt Comeau alongside trusty lens man, Ian Fleming.

Crimson Bikes stem promo from our new series on the history of Canadian BMX companies.