Catching Up with Ryan Eles

10 Aug Catching Up with Ryan Eles

Posted at 16:51h in ARCHIVE, FEATURES, HOME by Jeremy Deme 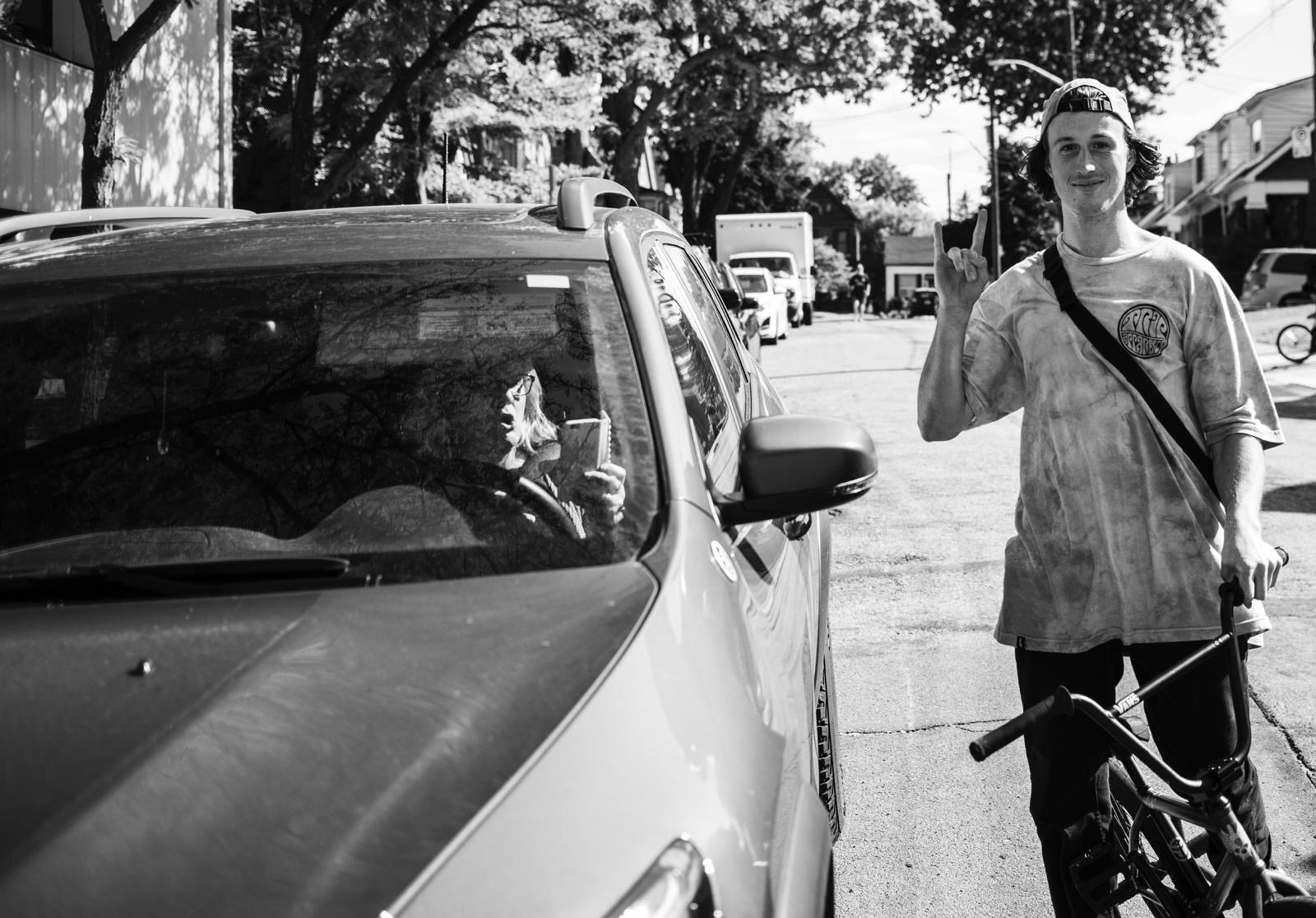 I remember a while back I got a message from Eles that he wanted to get a video pieced together for one of his sponsors. Of course, I quickly agreed because working with Ryan is always a blast. We figured out a day that worked for both of us, and it was set. On a beautiful Saturday morning a couple of weeks later, Ryan shows up at my house bright and early, having just driven 3 hours from Sudbury to Barrie. He hops out of his rental car and we immediately start going through spot options. Without much of a warm-up, we start driving around to a variety of spots. Everything that we pulled up to, he had an idea for. I’d get the camera out and within 20 minutes he was rolling away from some crazy trick that should have taken hours. This process continued throughout the day until it was too dark for my crummy VX1 to record with reasonable quality.

I think he walked away with 6 or 7 amazing clips that Saturday. I was blown away. I remember being super impressed by his work ethic and his determination to make a video happen despite living so far away. I mean the guy literally paid to rent a car, drove 3 hours, filmed all day, and then drove 3 hours home. That kind of persistence and commitment is exactly why Ryan has become one of the best riders in Canada. 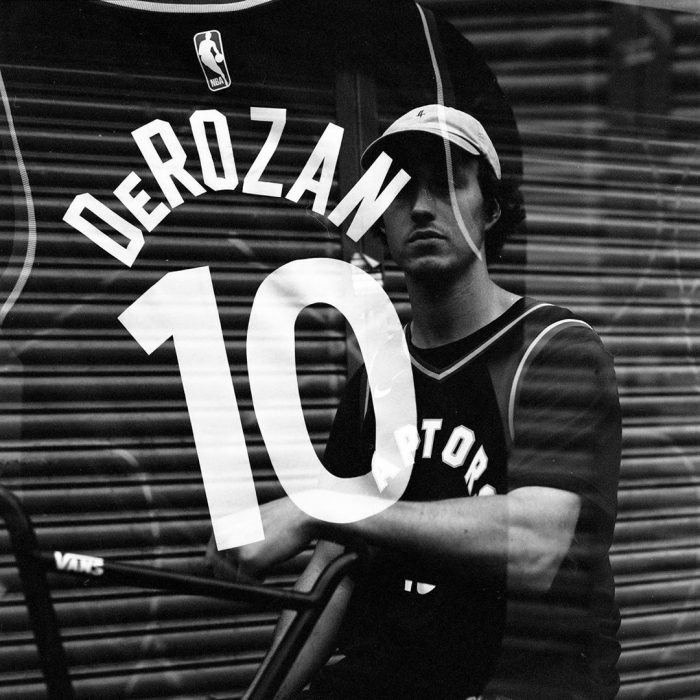 In early 2020, Ryan messed up his ankle really bad on a cab whip. Between Canada’s health care system and COVID delays, arguably one of the most productive Canadian riders was involuntarily forced to chill for quite some time. We caught up with Ryan in May and June of 2021 to see how the healing process has been and where he’s at.
-Jeremy Deme

What’s up man, how have you been? What’s new?
What’s good Jerry! I’ve been pretty good. I’m as good as you can be still being stuck in “lockdown.” This last year has been pretty stagnant for me. I’ve been out with an ankle injury for almost a year now, but finally had surgery just over a month ago. I’m now just focusing on rehab and getting back riding ASAP!

What happened with the ankle injury exactly and how’s the whole process been to this point?
In July 2020, I put a foot down awkwardly and basically tore 2 ligaments on the outside of my ankle and damaged another on the inside. I ended up going to emergency that night to make sure it wasn’t broken because it swelled up like a balloon. I was told that it was just sprained and it should be good in a couple weeks. Then maybe a month later, I had it checked again because it wasn’t getting any better. I was told it was still sprained and it should be fine in a couple weeks. After that, I decided to see a sports medicine doctor and he got me an MRI in October 2020. That’s when I found out about the torn ligaments. He referred me to a surgeon shortly after and I got a surgery date in February 2021. But thanks to the Canadian winter, the surgeon went off the road on his way to the hospital during an insane snow storm which then pushed my surgery back until the end of March 2021. Fast forward to now, I’m about 8 weeks post-op and getting in a couple physio sessions a week.

Based on this experience, do you think Canada’s health care system is a perfect system? I know a lot of Americans look at our free health care and think it’s a perfect solution, but you’re not alone in the crazy long delays and improper diagnoses up here.

I’m super grateful for our health care system in Canada, but I definitely agree with it not being the perfect system. I think the general population of people take the health care services for granted here. Some people use emergency services for minor issues just because it’s free; that causes an insane amount of congestion. I’m sure a lot of fellow Canadians can relate to sitting in an ER room for 5-10 hours just to be treated like a number, not a person. And then you’re stuck waiting months and months for appointments and/or surgeries. In my case with this injury, I was basically just pushed through emergency with a basic sprain because the x-rays were negative. There was no follow-up or specialist appointment. I needed an MRI because it was ligaments that were damaged and not a bone. I had to find my own specialist a couple months later because it wasn’t healing, and then got stuck waiting more for a surgery. Luckily, I was able to find some amazing doctors on my own and they helped me get everything sorted. Also, if you don’t have health insurance either from an employer or personal, there is a lot of stuff that isn’t free. So our free healthcare really isn’t all that free.

You had just moved to Ottawa when that injury happened, eh? What sparked the move from Sudbury?

I moved in the winter of 2019 so I got a few months exploring the city before the ankle injury. My girlfriend is from Ottawa and I had a couple friends from Sudbury recently move down here as well. I was tired of the small town vibes and riding in Sudbury got kind of boring. I do love Sudbury and still have a lot of friends there, but it is so limited, especially for riding.

How has the spot hunting been going? You must be fiending with all the new spots in Ottawa and having been broken off the past while?

It’s been good and bad. Since I’ve been hurt, I’ve been using my road bike to search around the city and it’s become a steady part of my rehab. Plus there’s no better feeling than cruising a new city. But you’re right, I’m dying to ride all the sick new spots I’ve been finding. I’ll have tons of variety once I’m back! 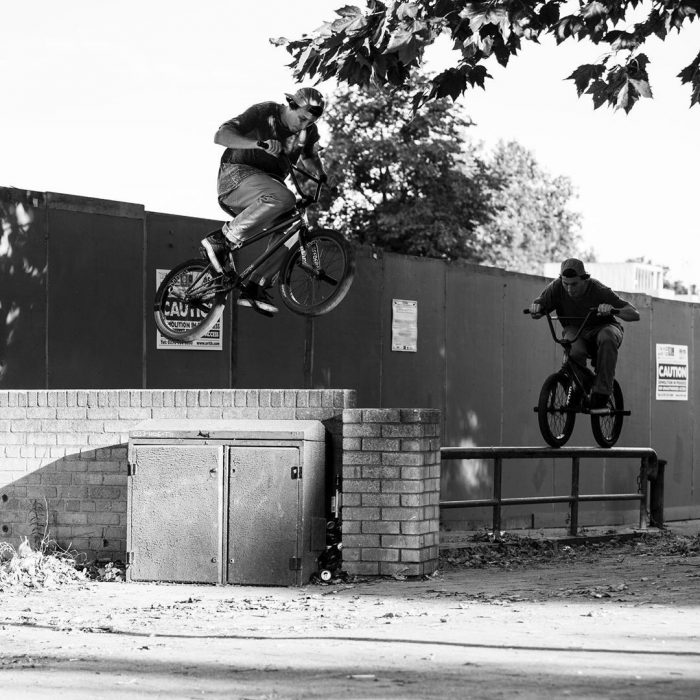 So Federal FTS would be the most recent footage of you then?

Umm, I believe so. Even though it’s not that recent anymore. Haha. I don’t think I filmed much after that. I was starting to work on a new project, but the first thing I tried filming led to my most recent injury.

There’s really only a handful of Canadian riders who have had an opportunity to work on a project similar to the scale of FTS. What was it like travelling around the world with the Federal team to film for it?

It’s pretty wild that more Canadian dudes haven’t had that opportunity; there are so many sick riders up north. It’s such a blessing to be one of the few people to have had the chance to be a part of something like FTS. The project as a whole was so surreal. Honestly it still is. I grew up in the era where full-length DVDs were a huge deal and it was always the dream to be able to travel and be a part of a project of that size. It’s pretty cool to look at the FTS poster and see my name next to some of the sickest dudes in BMX. The FTS trips were mental. I don’t think I’ve laughed so much with that amount of consistent shit talking. And then I’d see the most insane riding every day. It was also my first time travelling overseas; experiencing Europe was eye opening. Plus the locals were all super dope and showed us a good time. Working with Rich Forne, the best filmmaker in BMX I’d say, was so much fun. He always made the filming process easy. 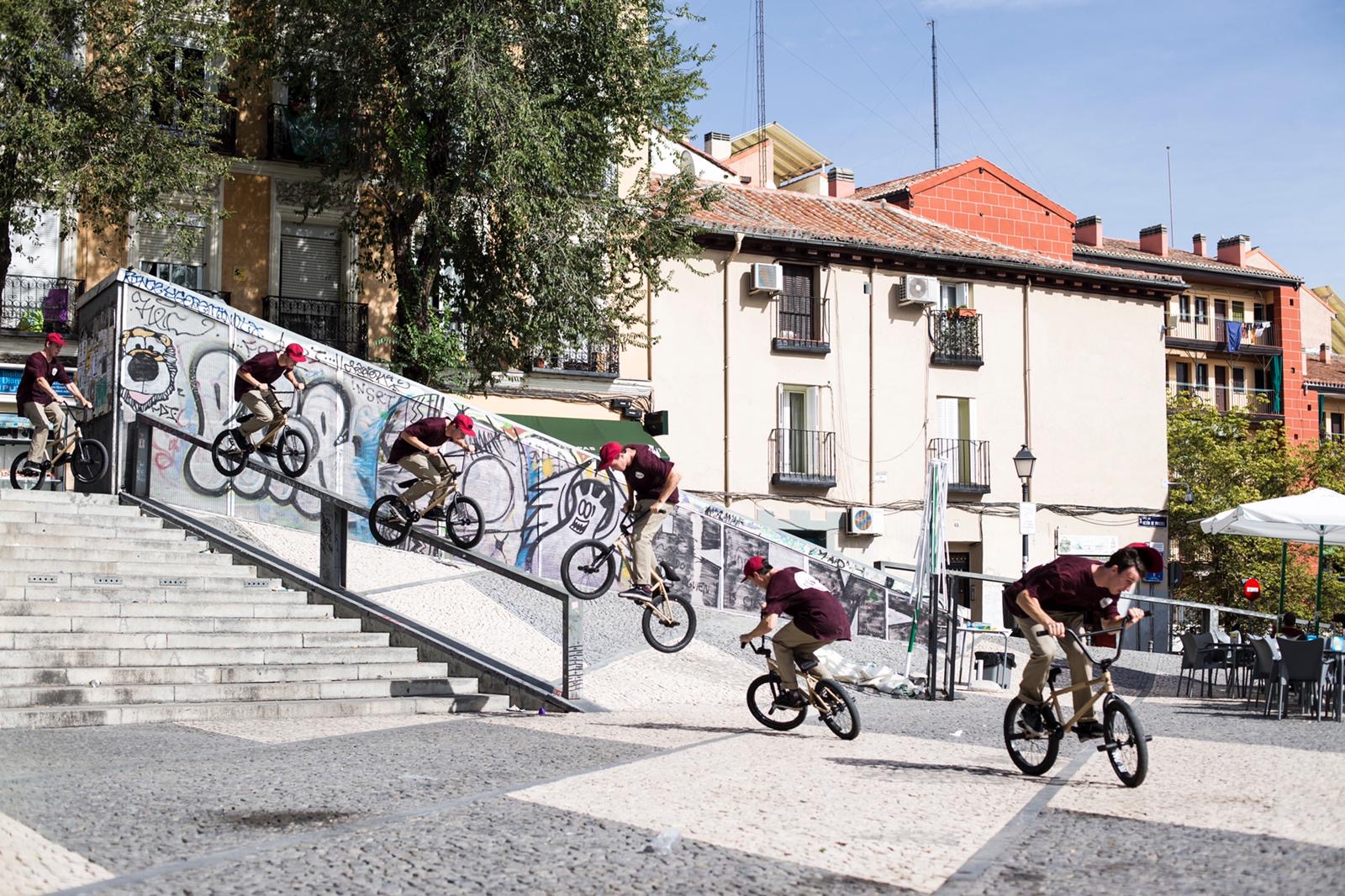 What would be the most memorable moment for you during the filming of FTS? It’s gotta be unreal filming with a crew as stacked as those guys.

Man, it’s so hard to narrow it down to just one when every trip had so many crazy memories. If I had to pick one, I’d say filming in Philly. It was the first time meeting all the Federal dudes, and Philly is such a historic BMX city with so many famous spots. The vibe of that city is so cool. We’d be pedaling through the hood, seeing all these dirt bikes and quads doing wheelies and guns everywhere. Everyone seemed to love what we were doing though. We never once got hassled. Haha. 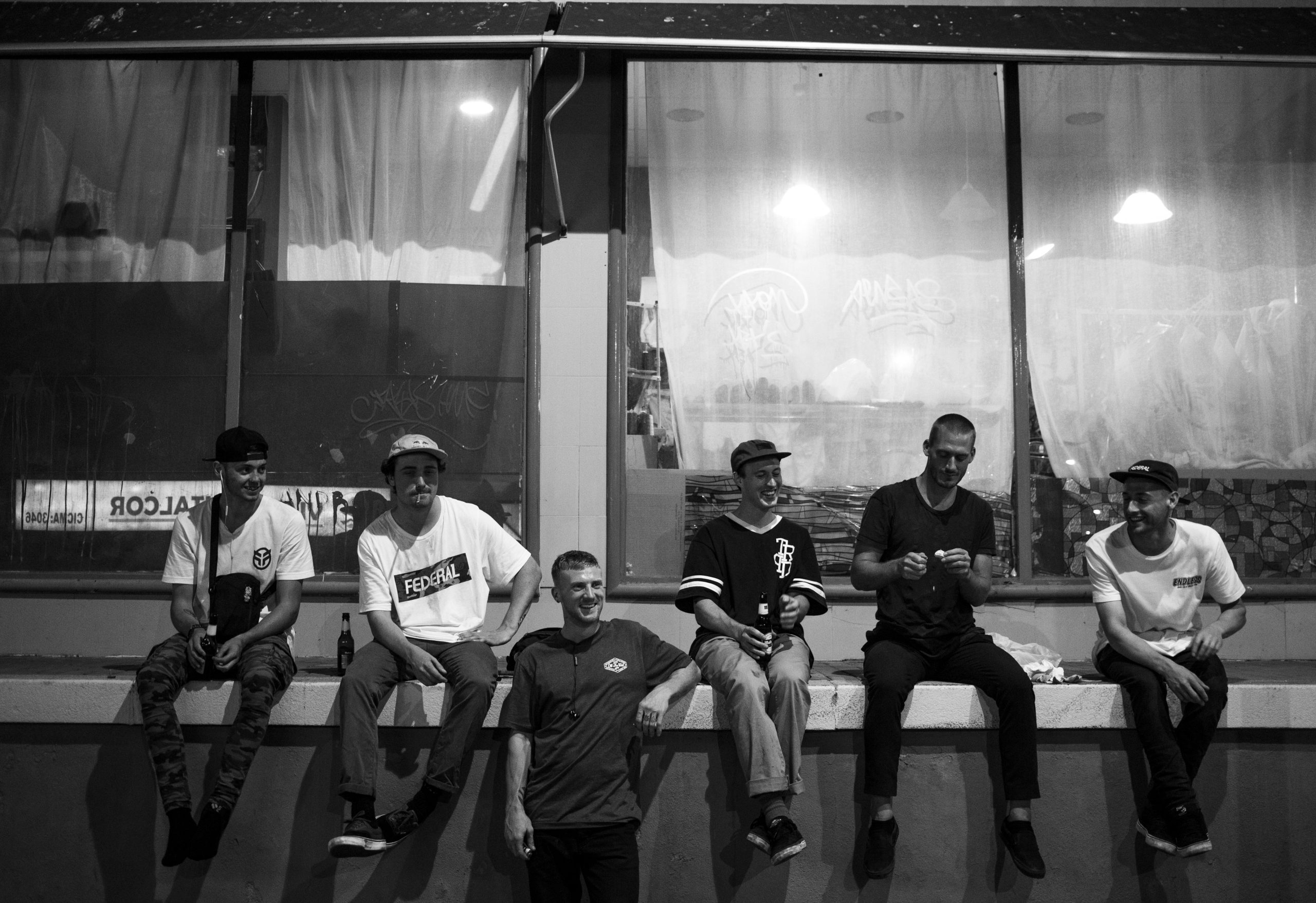 Is it weird to start filming for another project after something of that scale? I feel like you’ve always been super good at staying productive and motivated to get stuff out there.

Honestly, not really. As long as I’ve been riding, filming has been a huge part of it. Whether it’s for a big project or for a random video, I’m always trying to work on something. There was a brief period after we wrapped up where I just wanted to chill and just enjoy some stress free riding, but that didn’t last long. I’ve always loved progressing and riding new stuff. I feel like there is always something to film. 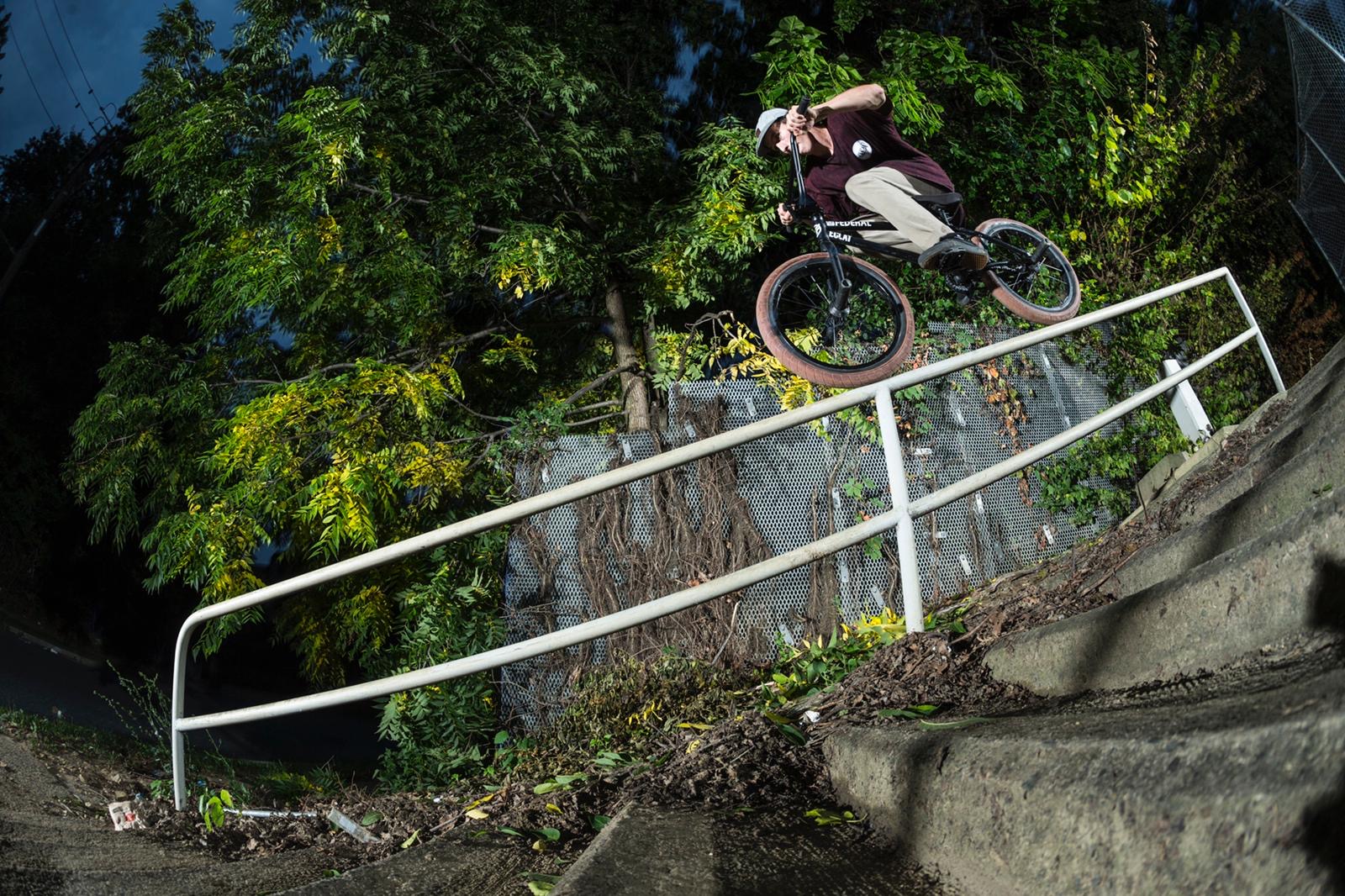 Do you think videos and video parts are slowly going away because of how much is on Instagram these days?
I don’t think so. It seemed like Insta was going to take over for a bit, but the major companies and dudes that people love watching ride (or at least people I enjoy watching ride) are still working on web stuff or video projects. I think no matter how popular Insta gets, the real dudes will always be working on something bigger. 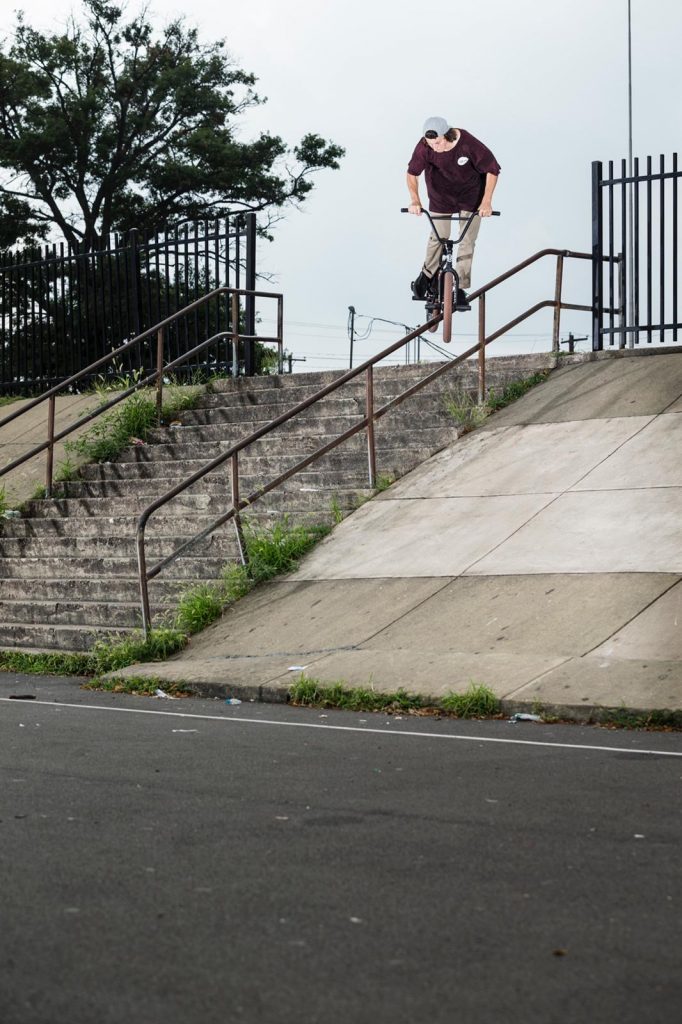 Philadelphia, Pennsylvania (Photo Credit: Eisa Bakos)
Besides your FTS section, what are your 3 favourite personal vids to date?

If I had to pick 3… The Toronto video we did together. It was one of the first video projects we worked on and it’s always a blast cruising Toronto. Nothing but laughs and shit talking. Also, my “Welcome to Federal” video just because it was a huge honour to be a part of such a sick team. I put in a lot of work for that video. And lastly, probably my latest Eclat video. It’s all hometown spots in Sudbury, Ontario and now that I moved away, it makes me appreciate those spots I grew up riding way more.

Any last thoughts, thanks, or mentions?
Shout out to all my sponsors for sure: Federal, Eclat, OGC, Vans, The Trip, and Space Brace. Being off the bike for so long and them sticking by me means so much. Also, thanks to @stablekneez and @thefixedphysio for putting me back together and getting me back on my bike. And lastly, thanks to you for doing this piece and all the dudes at The Embassy for keeping Canadian BMX cool. 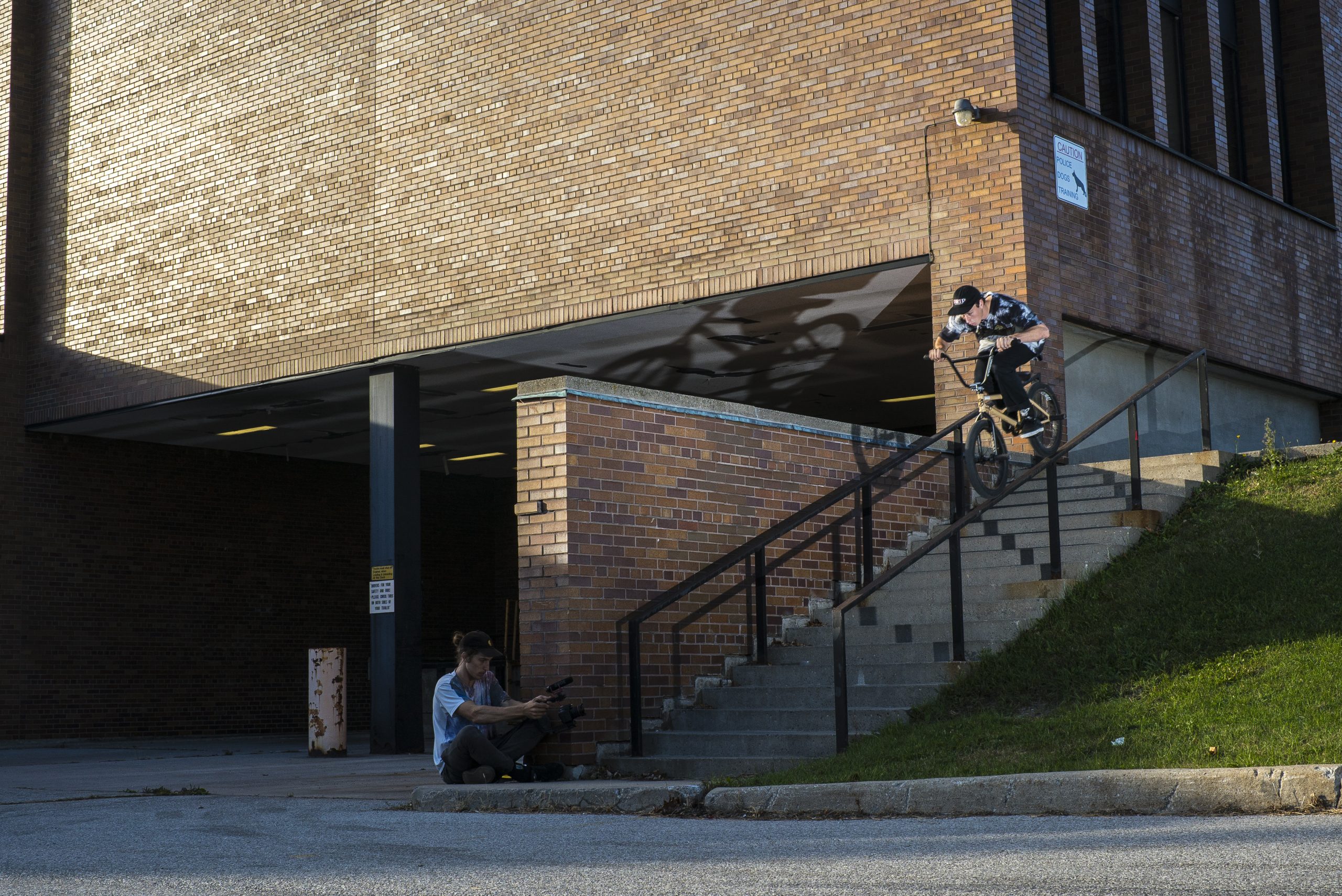