INTERVIEW: Is Brodie Gwilliam the best farmer in BMX? 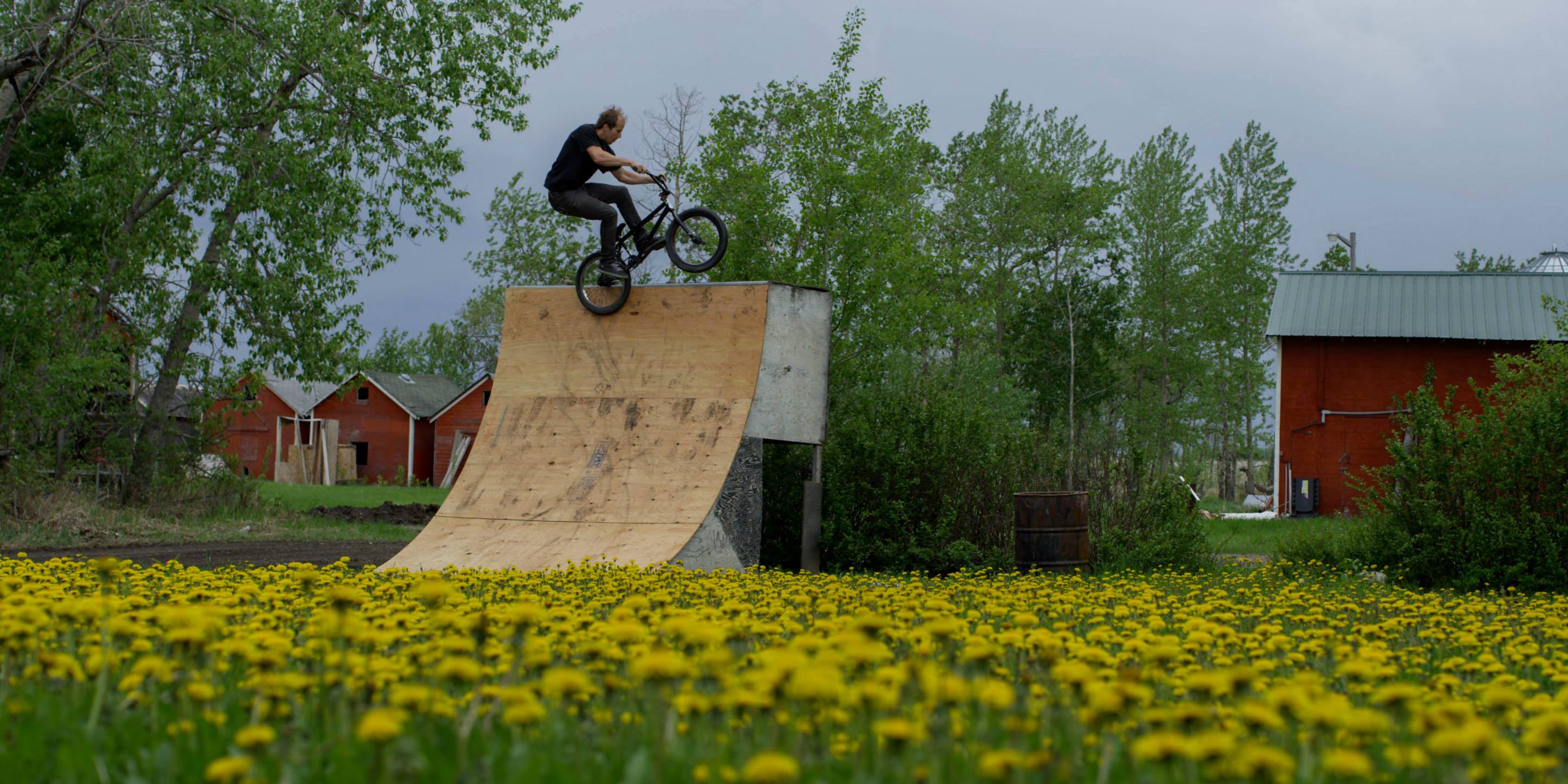 06 Jun INTERVIEW: Is Brodie Gwilliam the best farmer in BMX?

Posted at 11:06h in ARCHIVE by Justin Schwanke

Is Brodie Gwilliam the best farmer in BMX? It’s certainly possible. There aren’t many contenders for this title other than Ian Schwartz, and it’s unclear if he still rides anymore. One thing is for sure though, nobody integrates farming and BMX quite like Brodie. The most obvious example of this is his Bush League video series. Equipped with a Red Epic Dragon camera and a Manfrotto tripod, Brodie films himself performing stunts on tractors, trailers, barns, barrels, and more. These videos have garnered the attention of many BMX media outlets, as well as notable creative riders such as Mike Mastroni and Charlie Crumlish.

It’s quite evident that Brodie is an enigma to the BMX community. Rather than mastering flat ledge tricks in your favorite metropolitan area, he prefers to ride his bike alone on farm equipment, hand-built ramps, and small town “after-thought spots.” Rather than adding blunt smoking B-roll to his videos, he prefers cinematic footage of the Saskatchewan prairies. Rather than editing his films to the latest underground trap song, he prefers to cycle through the David Bowie discography. Rather than using social media to watch forgettable clips on Instagram, he prefers connecting with his friends in the top secret Bad 4 Life Facebook group (if you don’t know now you know…..). Brodie’s interpretation of riding and the world around him is profoundly unique. He does his own thing and I don’t think he cares what mainstream BMX is up to anyways. I hope this interview offers a better glimpse into the life of BMX’s best farmer.

Let’s start from the beginning. How did a farm kid in the middle of Saskatchewan find BMX?

I remember being like 8-10 years old and just doing skids on the gravel around my farm for hours. The bike I rode had coaster brakes. I would just take my front foot off, let the brakes engage, and lay down a mean skid. A couple years later, my cousin got a BMX. Being into bikes myself, I got one shortly after.

Not long after getting my first BMX bike, we went shopping in Saskatoon and my parents took me to watch a BMX race afterwards. I think it was around 1998. I loved seeing people trick the last jump. It looked like an old school 4-foot box jump made of dirt. Usually it was the racers in last place who would do tricks. They got the most cheers and looked like they were having the best time.

What’s the best part about living in rural Saskatchewan? 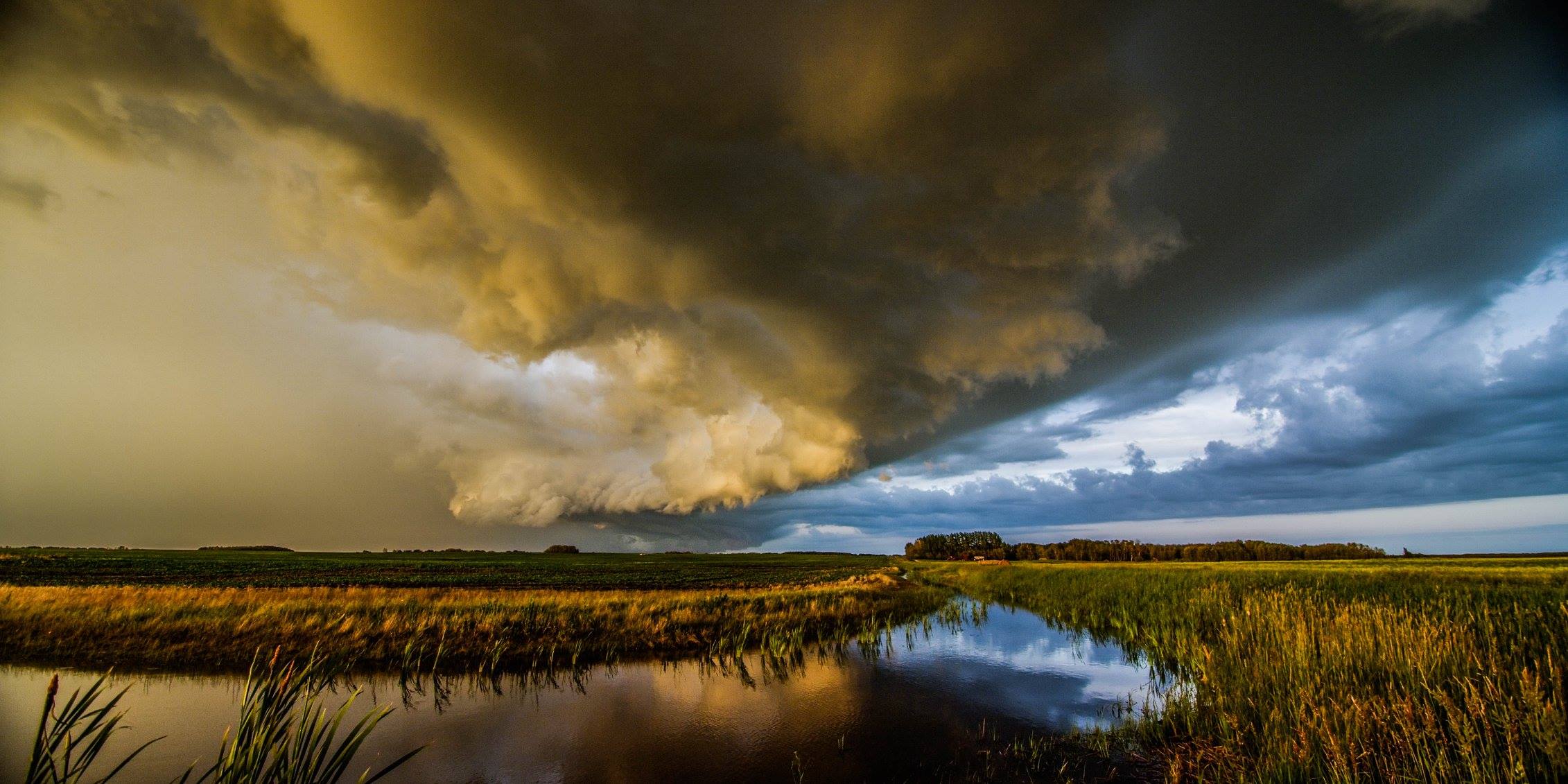 Are you a better farmer than Ian Schwartz?

Yes. Haha. I actually don’t know… Maybe he has it figured out. Farming is basically 50% fixing things with sledgehammers and 50% using crescent wrenches while someone looks for the proper wrench size. If you can do that, you’re made!

How does your profession impact your life in BMX?

I’m usually stuck in a tractor or combine for a good chunk of the year, but it keeps me looking for spots while I work. With less than ideal spots, you have to use your imagination. Launch ramps are also important.

What is your favorite piece of farm equipment to ride your bike on and why?

Probably those old white barrels I have in my yard. They’re something I’ve rode since I was 16 years old. They’re not big and scary, and I can mess around with them whenever I want. Tricks on those only run out when your imagination does. 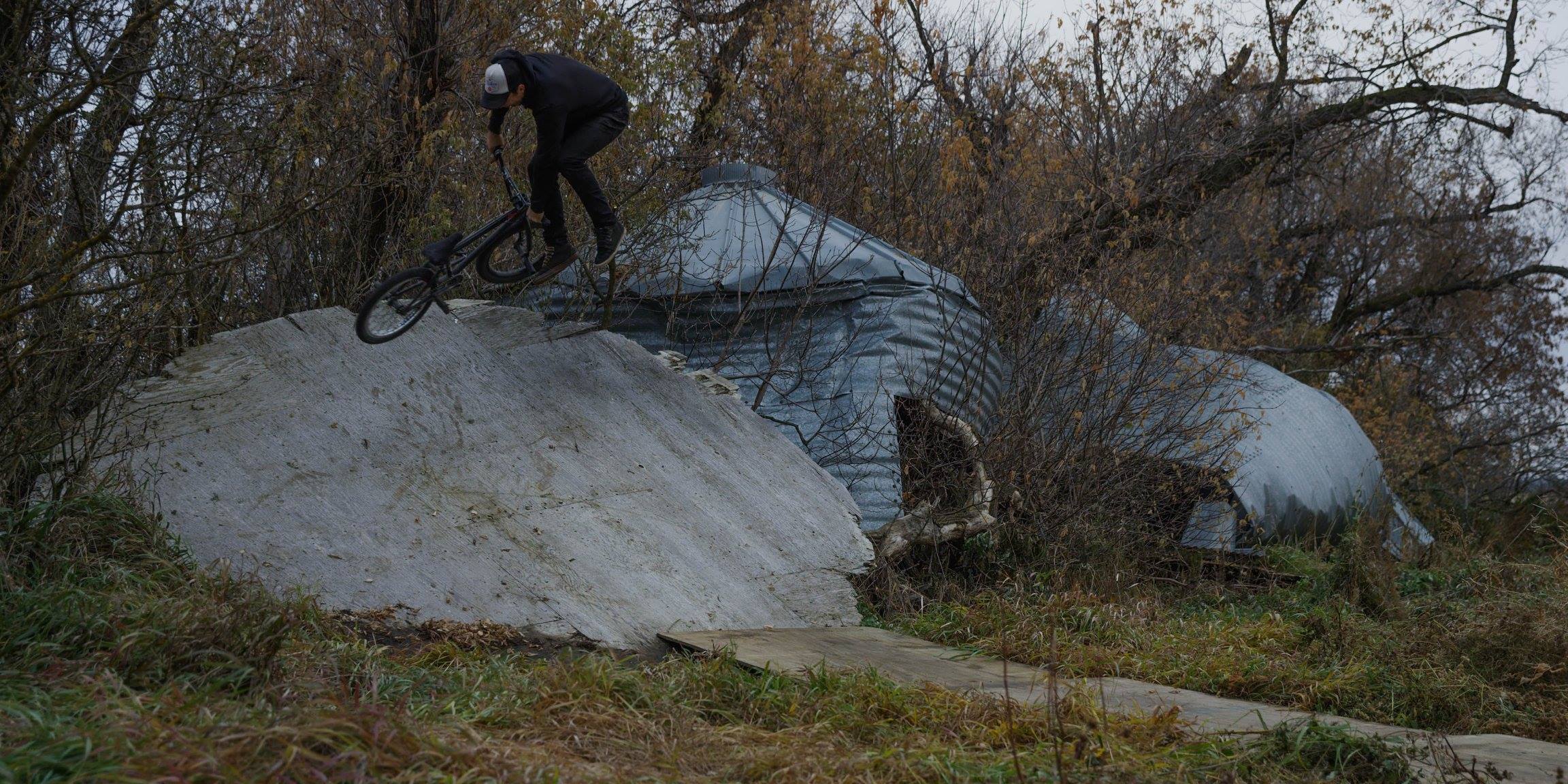 The Saskatoon scene is the largest by far. It is skatepark and trail riding mostly. I don’t get out there as much as I used to though. Moose Jaw has a couple riders holding it down. Regina has some up-and-comers too, but I usually ride with Zach Lokken and Jarek Mus. They come up from Regina to ride my ramp in the winter. We also try to meet up a bunch in the summer time and do some road trips together.

Given that you live near Kelvington, you are quite isolated from any other BMX riders. What keeps you motivated when riding alone?

It can definitely suck at times, especially in the winter. Having a passion for BMX and dreaming up weird lines and tricks helps a bunch. Sometimes I’ll be thinking of a trick so much in my head, that I can’t help but bust the camera out and film it. Nothing beats a session with friends though.

I’m sure the ramps in your barn help a bit with the winter blues. How did that all come about?

My parents have owned this property for a while. I probably first entered that barn when I was around 16 years old. I immediately dreamt about all the ramps I could fit in there. I had an idea of a bowl halfpipe that could exist in the space. Later in life, I ended up moving into the yard. In 2010, I built the ramp with the help of some friends: Andrew Richards, Morgan Drummond, Mitch Anderson, and a bunch more I’m forgetting. Before I did any building, I paced around the barn for over 60 hours, taking measurements and envisioning how everything would line up. I’m very happy with the outcome. With the 6-foot radius, it rides somewhere between a pool and a regular bowl. You can trick the quarter pipes once you get the feel of them, but the ramp is more suited for pumping and finding weird lines. 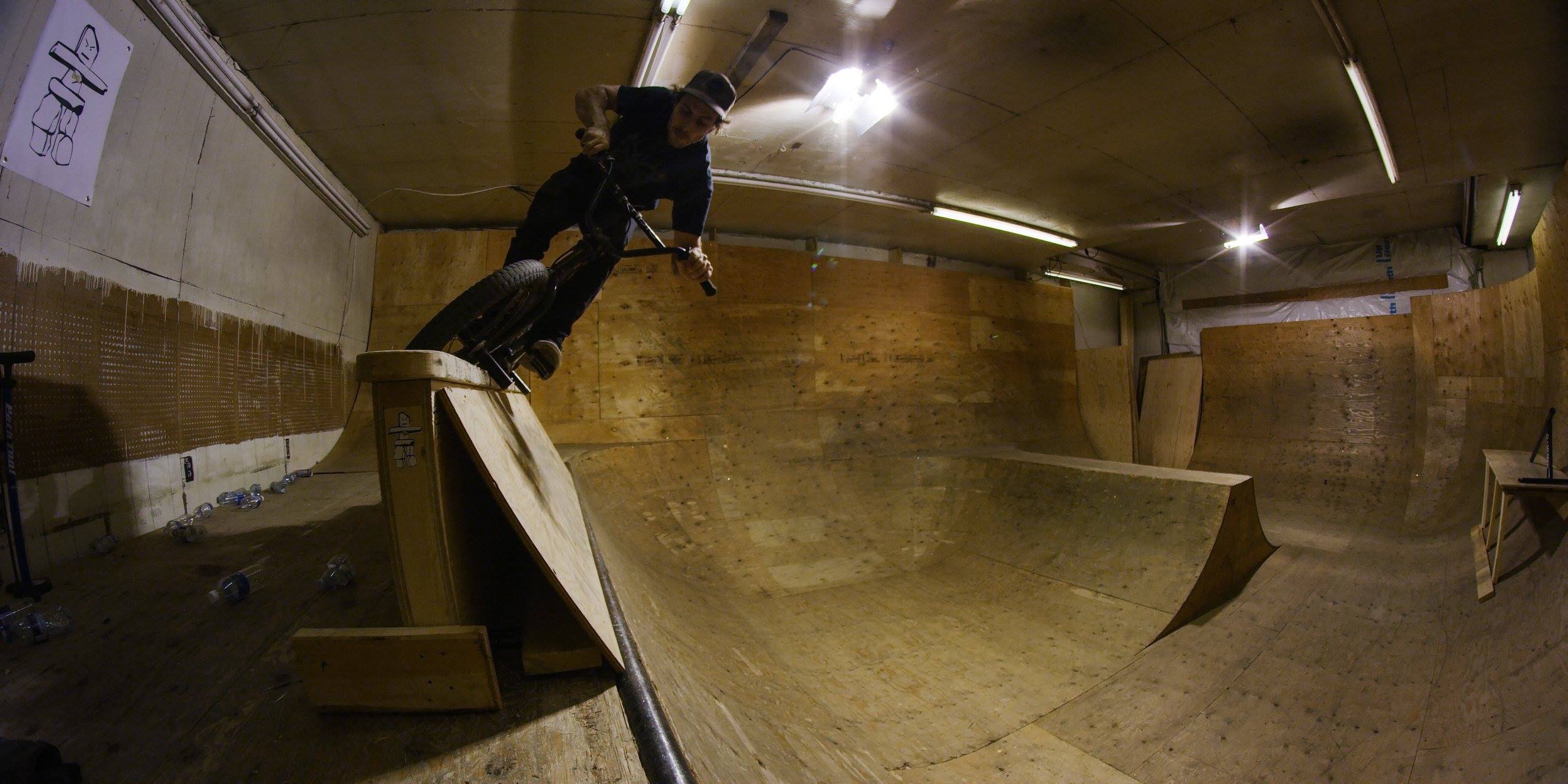 Who are some of your favorite people to ride with?

Mitch Anderson and I had some amazing sessions back in the day. Lately, I’ve been riding more with Zach Lokken and Jarek Mus. Those guys have been helping younger riders with parts and stuff. They’re really trying to build a scene in Regina from almost nothing. It’s awesome to see.

Back in late 2012 you released a Saskatchewan scene video called Let’s Get Fistical. Can you talk about what that process was like?

I had filmed some other videos before Let’s Get Fistical. The first one was Element of Destruction 1. It was with my friends from high school, but it didn’t have much BMX riding. After that, I filmed Element of Destruction 2 which was a BMX video. That took 2 years to film (2008 to 2009). So going into Let’s Get Fistical, I was super aware of the amount of work it would take to film, edit, and do all of the DVD authorizing. I knew I was probably looking at a 3-year project this time around. 2 years just felt like a squeeze last time. I wanted to take my time on this one and not try to force it into a video. If we all lived in the same city we probably could have banged a video one out in a year, but pretty much every BMXer lives over 2 hours away from me.

So in the end, Let’s Get Fistical took 3 full years (2009 to 2012) to make. We did a road trip every weekend in the summer. I probably spent over $10,000 in camera equipment during that time. I spent about $3,000 to $4,000 on a computer to finish all the editing. It was tough with a slow computer. I’ve been constantly broke while waiting for new camera gear or computer hardware to come out over the last 12 years so I’m used to that. The video was definitely a lot of work, but I’m happy with the outcome.

How confident were you that Mitch Anderson could handplant a horse?

I was 100% confident. I knew if the horse would cooperate then he could get it done. Mitch always gets it done.

I remember seeing something online about Let’s Get Fistical being featured on CTV News. How did that happen?

Well my buddy Andrew Richards was good friends with a chick that worked at CTV Regina. I believe he’s actually engaged to her now! So yeah, he knew they were always looking for local talent to showcase. Andrew had told her about the video I was working on. They were interested in showcasing it on the news.

We had notice beforehand, but I only got about 2 hours of sleep the night before. There was no way I could have made it through the interview. I think Andrew had 3 to 4 hours of sleep. He took one for the team and did the interview himself. I stayed at his place and filmed the TV so we had evidence that it happened. They filmed it live at like 6:00 or 7:00 in the morning. Andrew looks tired in the interview, but he holds it down. The interviewer actually pauses right before he says “fistical” on air. It’s hilarious. If anything, that’s the real accomplishment in all of this. Lots of people can work on a 3-year BMX video, but not many can get a host from CTV News to say “fistical” on live television….. 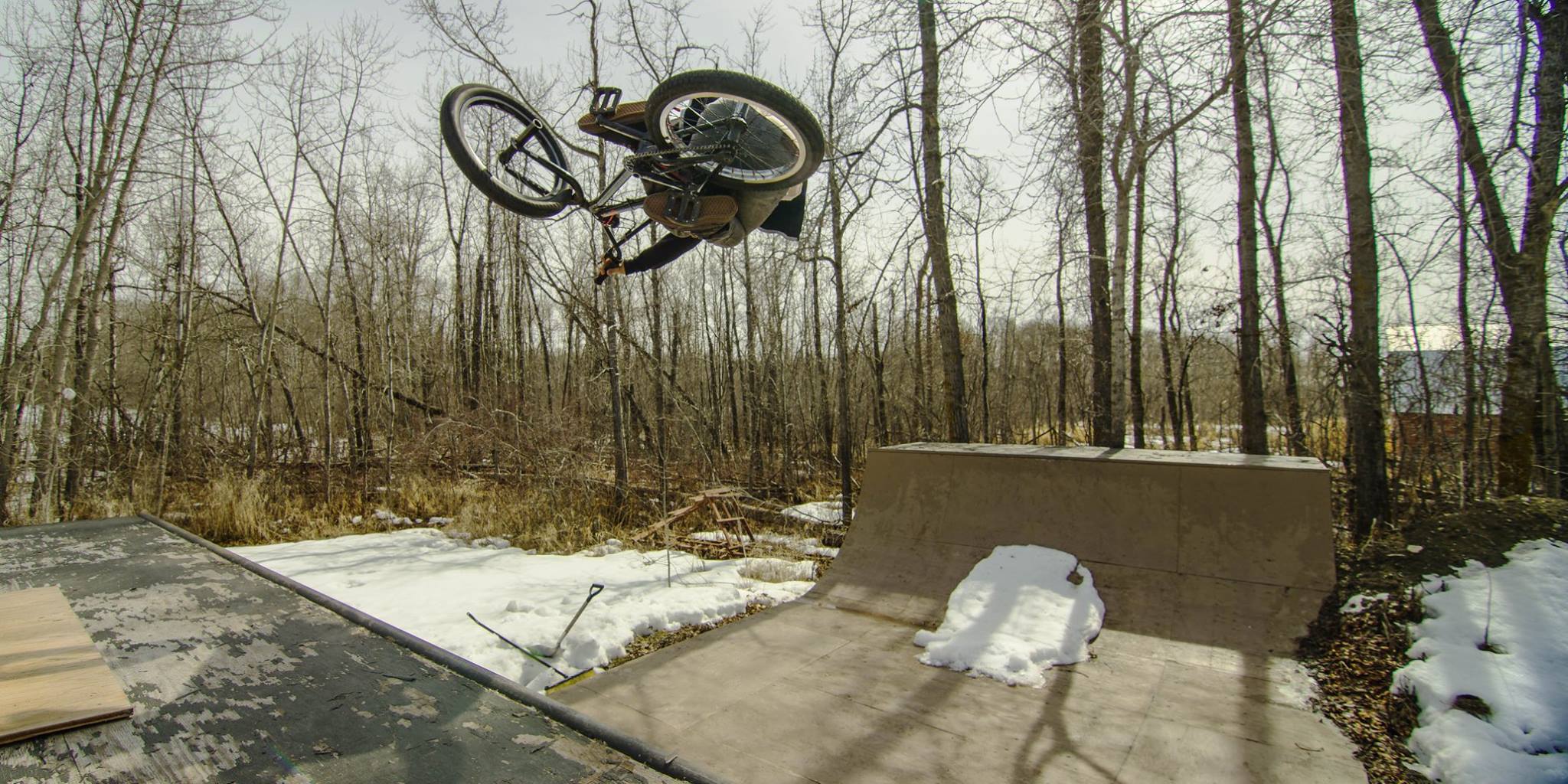 What made you commit to purchasing a Red camera?

After editing with 8-bit codecs and dealing with all these shitty work arounds to make stuff look good, I was going crazy. I realized I would have to cycle through a bunch of DSLR purchases for the next couple years to get a camera I was happy with. Heck, even DSLRs are just now getting to the point that I would be satisfied with the quality. Instead of trying to stay on top of technology, I decided to bite the bullet and get the camera I really wanted. I bought my Red in 2013. I’ve been happy with the purchase. The pre-record makes self-filming so much easier.

On a scale of 1 to “The Rise and Fall of Ziggy Stardust and the Spiders from Mars,” how much did you like “Blackstar?” What’s your favorite Bowie album?

I don’t really have a favorite album. It changes constantly. With any Bowie album, it seems you can go from hating it to loving it after a few listens. Blackstar has a bunch of bangers. There are a couple tracks I skip though. 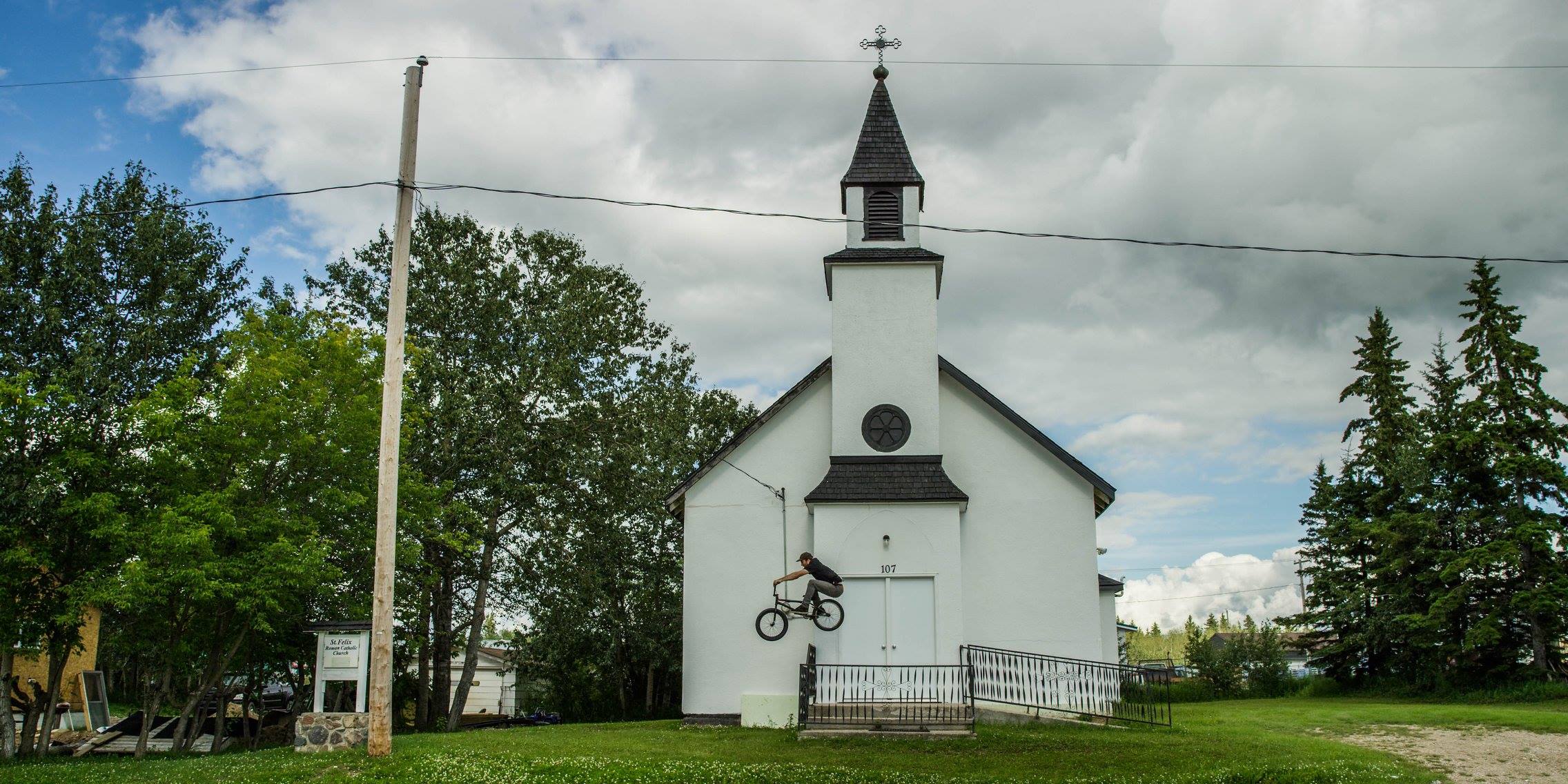 What’s the initiation process for being added to the private Bad 4 Life Facebook group (currently entitled “Vlad the Inhaler 4 Life”)?

Haha. Uhmmmm….. You can just ask. If I’ve heard of you, it’s probably all good.

Thanks to everyone that has rode with me or helped me in any way. All of my videos wouldn’t be possible without you!


All photos and videos courtesy of Brodie Gwilliam.

If you would like to see more of Brodie’s work, you can check out his Youtube channel here.