Posted at 01:45h in ARCHIVE by Aaron Gates 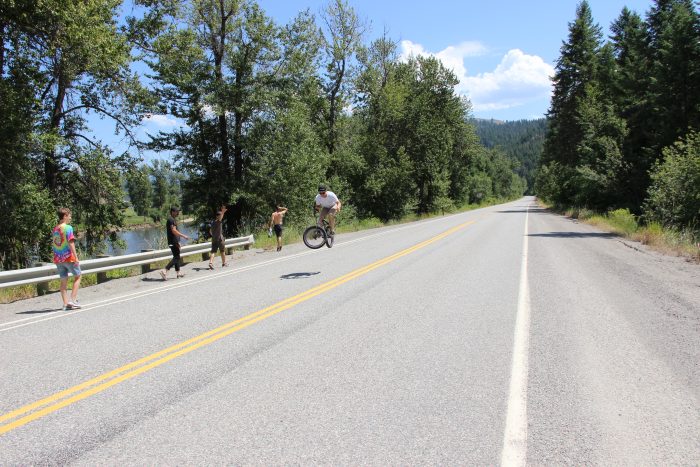 For this past year’s no bikes trip we hit some old haunts and a couple of spectacular new ones. Our group of riders spans across a ton of different areas – multiple states and provinces, but it was basically birthed in Kelowna and Nelson. There are a couple of new parks in that area and I just like going to the Kootenays, so we took a trip. 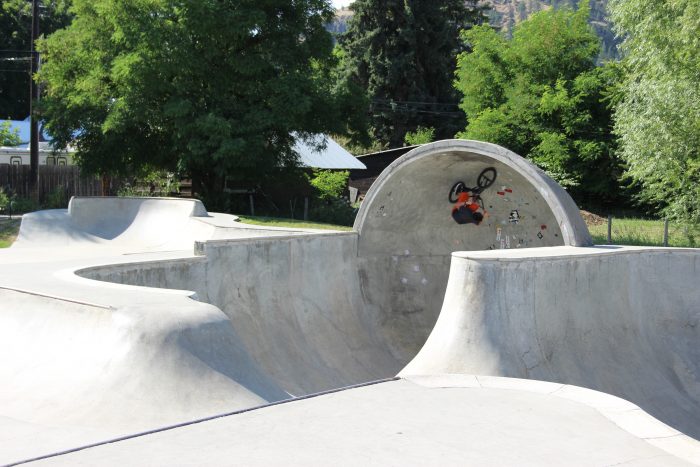 Most of the trips I plan are based around going to one specific park. This trip happened so that we could go to Kettle Falls. Kettle falls is a tiny town about an hour south of Trail; it’s one of the hottest places I’ve ever been, but it’s on the Columbia River, so the swimming is good. The park is a classic Grindline dream park – at some point those guys figured out that they could go out and build parks in small towns and nobody would care that they were just building gnarly stuff that they wanted to skate themselves (or at least that’s how I picture it happening). All of these parks seem out of place, they’re all amazing, and most require 5+ hour drives from any major city.

One of the byproducts of this phenomenon is the army of random local kids all over small town America that can loop the hell out of a cradle. The kid in this picture showed up on a Chicagoed out Brandon Begin Fit complete and looped the thing in his basketball shorts. I’m not sure he could do anything else at the park, but you better believe he could get on the roof of that half-sphere. I’m not sure if I understand it, but I think the moral of the story is that if you put cool stuff in front of kids they’ll learn to ride cool stuff.

As per usual, it was very nice to hit the road with 20 friends, camp in the woods and ride nice spots. Andy McGrath made a video of it, and check back next week for a big gallery of photos from Cary Lorenz.