Posted at 08:20h in ARCHIVE by Northern Embassy

When and why did you open up Atlantis in Vancouver?
Atlantis opened in November last year to fill a need for a BMX specific store within the downtown Vancouver area, as the other shops in the immediate area were not within adequate, sensible riding distance for Vancouver riders.

What was the overall vision of the shop and what makes it unique?
The overall vision was to not only serve the already established vancouver BMX community but promote BMX in a way that made it apealing to a next generation of core riders. We have attempeted to acheive this by only stocking brands that are heavily rooted in bmx, also leaning heavily towards brands that support local riders in the community. We showcase the products in a simple, accessible style and try to educate the less informed consumers why spending more on a quality product that gives back to BMX is worth the extra money. 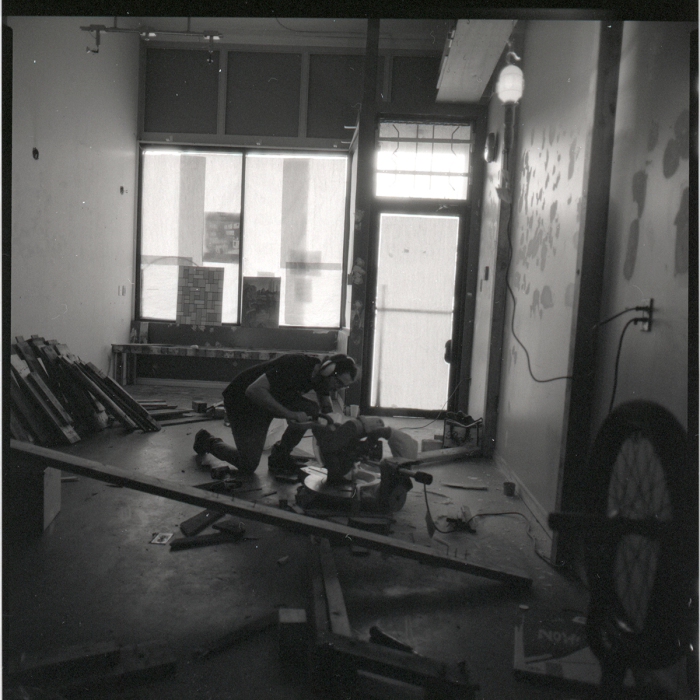 Why should riders support their local BMX shop?
They shouldn’t. Riders should support good shops. If your local shop sucks shop else where. BMXers are not stupid they can tell what is legit and what isn’t. The game is up for all the pretenders trying to make a buck off the back of BMX. 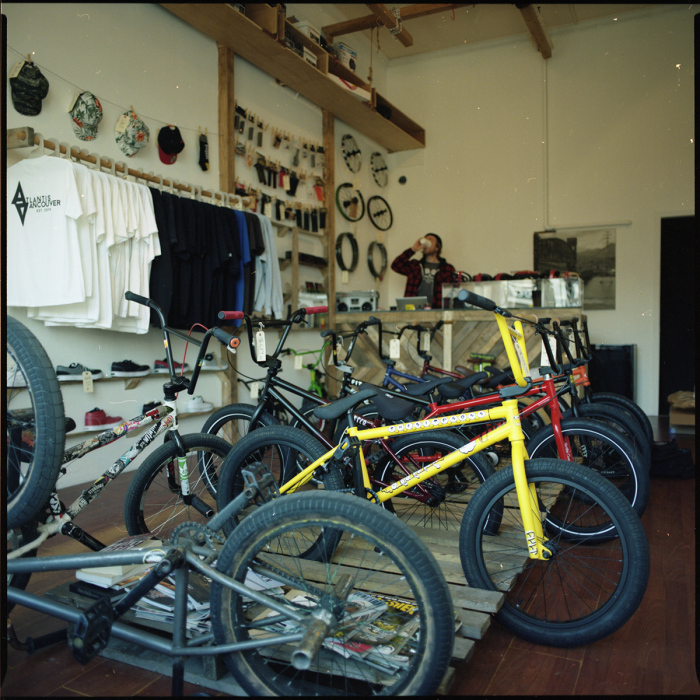 Where did you buy your BMX parts growing up?
This is kind of an irreverent question because I don’t want to sound like some jadded old man, but times have changed! Plus I am originally from the UK so…. All I will say is this, I never had much money growing up to buy BMX parts and that being said I am just as guilty as anyone else for trying to use mailorders, if I could save a few dollars (or pounds in my case). But once I realized my local shop would price match mail orders anyway I always shopped local. I think that is an important point for younger riders. If you are worried about trying to save money don’t just order elsewhere, go down to the local, cool shop and ask about options. Most genuine BMXers who own shops understand your situation, have been through this themselves and are there to help.
Do you have any jams in the works for 2015?
Yes we plan to hold a DIY style jam in a parking lot near the shop in the next month or two. It should be pretty crazy so keep an eye out for more info!
What’s the raddest thing that’s happened at the shop since it’s been opened?
Easily the raddest part of all this is the amazing support the shop has received from the BMX comunity not only of Vancouver, BC, but all of Canada. On a personal note as not being born in Canada all I can say is thank you to everyone for being such good welcoming people and it really makes me proud to call Canada my home! 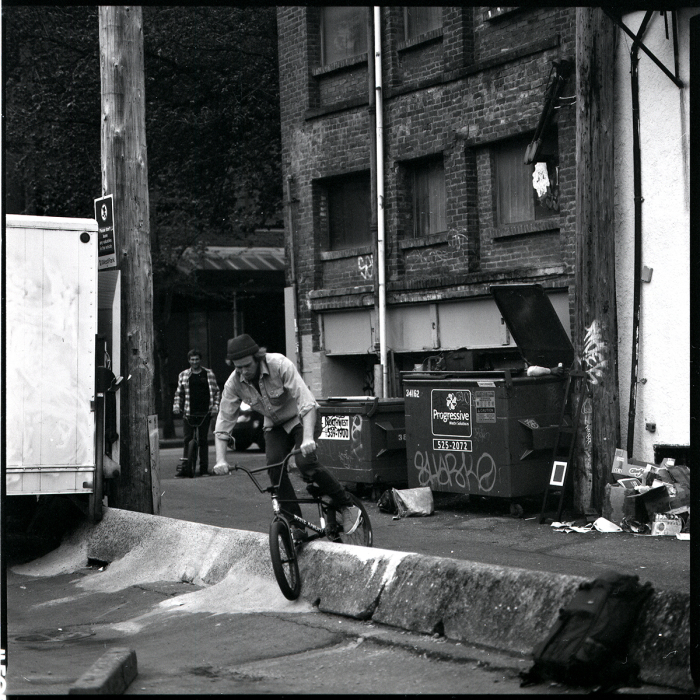 What’s the weirdest thing that’s happened since you have been open?
Weird things happen on Main street every day. There is a whole host of characters who come by and they have their good sides and bad sides. It really is the urban jungle out here.
How’s the Vancouver scene these days and how does it compare to the UK scene?
The Vancouver scene is amazing. It really is the best, strongest scene I have ever been a part of. It was already super strong when we opened Atlantis but I would like to think that this store has given the scene a focal point to congregate at. You only have to see on instagram how many people turn out nightly in a completely unorganized fashion to see how good it is! We could seriously hold a “jam” every week but we don’t need to hide behind a structure like that, because at the end of the day we are all friends out here just cruising around together.The scene in England obviously has a massive place in my heart. I think from a Canadian to UK stand point I will say this. The UK scene has a great identity and its own style of riding that people can understand all over the world. You only have to mention “UK street” and people know what they are going to get. I think sometimes the Canadian riding style struggles to find its identity due to the media in the USA just seeing it as some weird place above them. That is why it is so important for websites like the Northern Embassy to keep shouting from the hill tops and promoting Canadian BMX because the world needs to see that Canadian riding isn’t some cast off of the USA ,but has its own core and identity! I could talk a lot about this but think it is part of a different debate. I hope that brief paragraph makes sense in what I am trying to touch at.

What’s your opinions on BMX trends?
Again I don’t think its my place to tell a kid what is cool or not, im 31 and have my own opinions on what I like, but don’t want to project that too much onto every 16 year old that is way more in touch with whats happening than me. This is a store for everyone so although I only support real BMX brands, if a kid wants to put 2.6″ wide orange and yellow tires on his bike that’s his business. I personally will stick to thin black tyres but that is only because I was a product of what was the trend 10 years ago.
In your opinion how has “rider owned and operated” changed for some in the last 10-15 years?
You know what I think it is totally played out. Every Tom, Dick and Harry is on the rider owned band wagon. Most haven’t touched a bike for 10 years but still claim that title because they used to. If you don’t love BMX enough to do it still don’t be a pretender. The kids all know you are full of shit, so stop embarrassing yourself. I don’t have to preach the rider owned gospel because it is completely obvious to everyone that follows Atlantis that I ride. If you don’t ride your taking money out of BMX and I don’t like that. 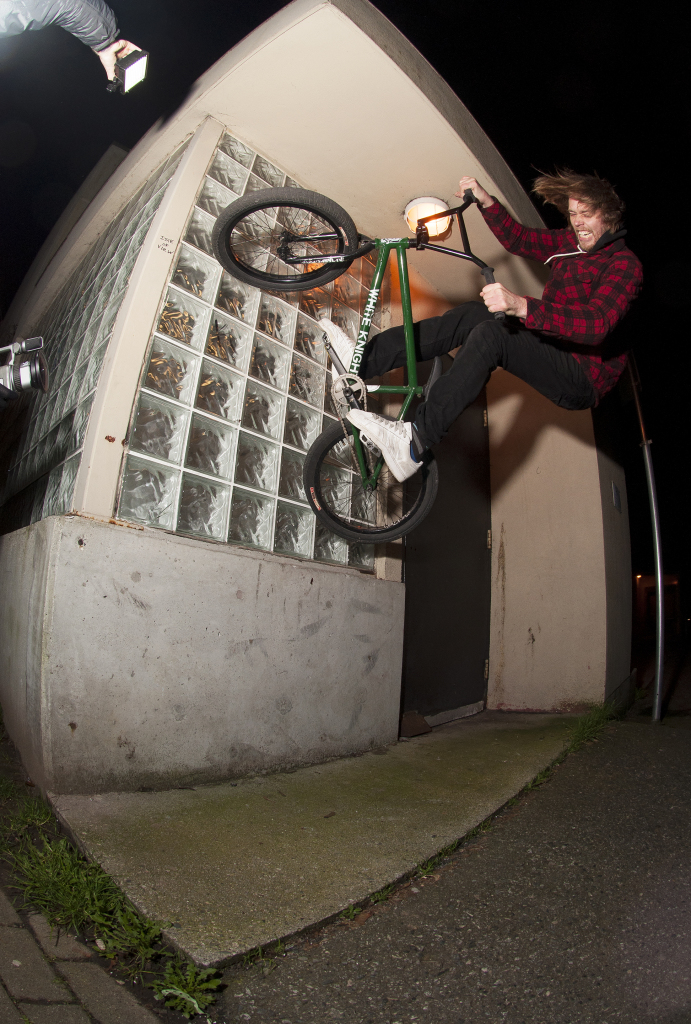 Do you have a message for rider’s who order their parts from US mail orders? (don’t have to answer this one if you’d rather not)
Again harking back to the previous question I do completely understand not having much money when growing up. I would rather kids order from the USA and be riding, than not on bikes at all. But again I encourage you to go by your local store if it is a good one and explain the situation. Even if you can’t get the frame from there, get the smaller items, and remember who had your back when you get older and get a regular check.
If you are an older guy who has a regular pay check and doesn’t support their local good shop then you suck and don’t really understand BMX from a community aspect. BMX shops should never be treated like a charity that is entitled to business just because they are local, but if your local shop is a cool hang out, props up your scene and genuinely gives something back you should want to support it, because no one is getting rich in this game and we do do it purely for the love of BMX.
When’s the team dvd dropping?
Good question! ASAP would be the fair answer. Full DVD “Battle of the Birds” coming soon. Gleaming DVD coming soon. Atlantis Web promo and content hitting soon….soon… soon…soon… 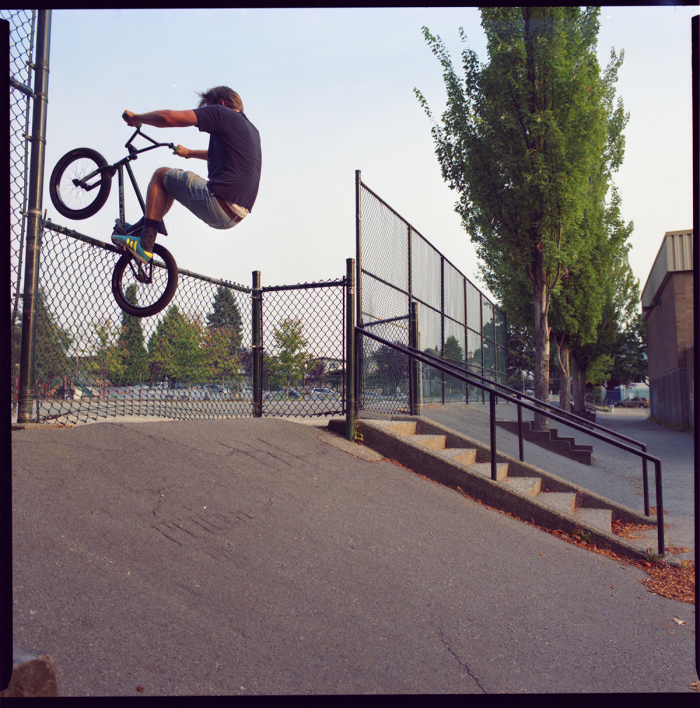 Final remarks or shout outs?
Yeah I kind of touched on it earlier but massive thanks to everyone in the Vancouver scene who have taken me into their arms, even though I’m sure half the dudes think I’m insane they have really made me feel welcome. Also the Canadian BMX scene as a whole for being so strong, and Canada as a Country in general for being such an inviting place for a “foreigner” to call home! Obviously thanks to the Northern Embassy for continuing to be the backbone of Canadian BMX media and Brad Hill and Dave Scott for the pics in this article. Come check us out at 1847 Main Street Vancouver. 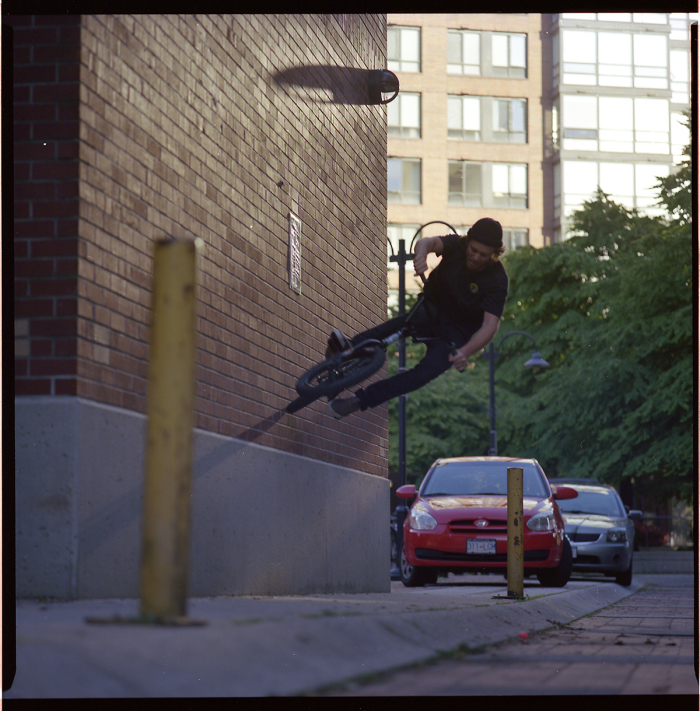