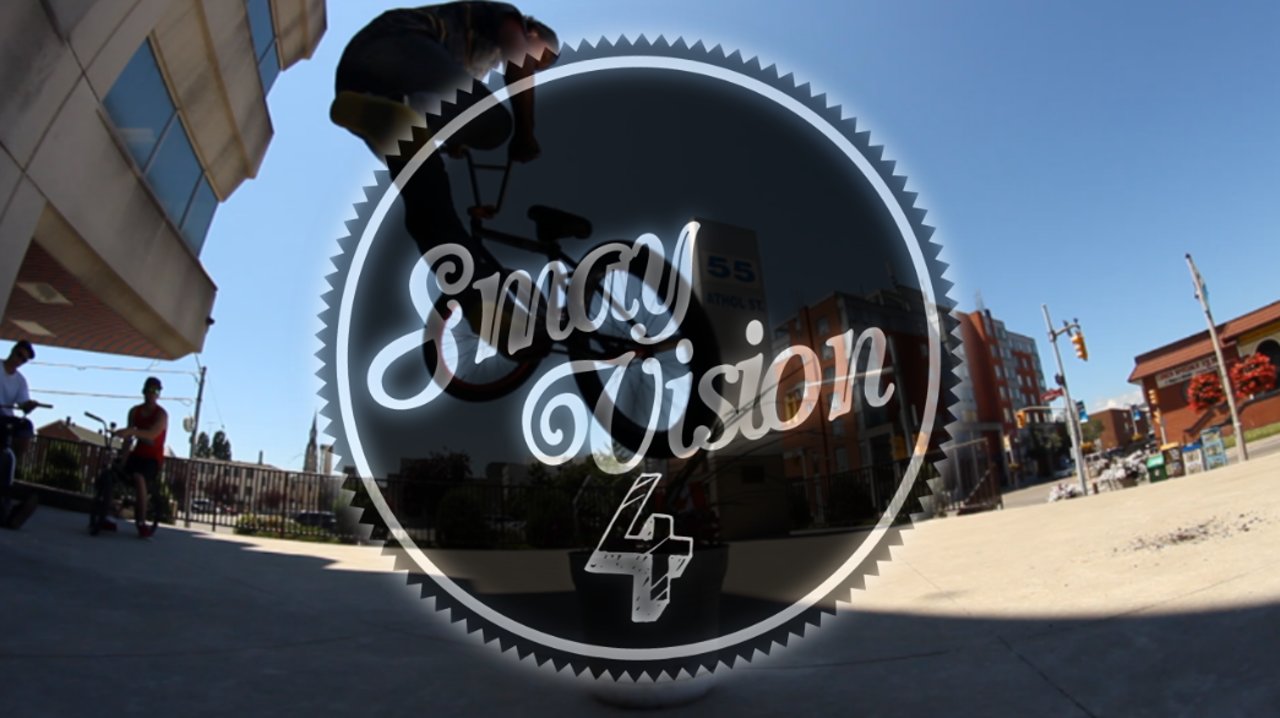 Kyle Smail brings us the fourth instalment of his Smay Vision video series. He released this DVD in 2013 and has now uploaded it in its entirety for the internet to see. Last year when we posted SV3 there was a lot of riding that we were blown away by, and this video is no different. Pour yourself a cup of coffee, clear your next 36 minutes, enjoy it, and look for SV5 to come late this year.

Smay Vision 4 is a crew video filmed over the summer of 2013 featuring the personalities of Andrew Coulas, Jordan Demetroff, Jason Kearnan, Smay, Josh Corner, Jason Kearnan, Spencer Ryan and a bunch of fellow friends. Filmed entirely between Peterborough to Toronto, everybody in this video put in alot of work to make sure they pumped out a great section. Thanks a ton to everyone that hucked, helped and bought a DVD in order to support this project! SV5 filming in progress, DVD’s still available of SV4 featuring loads of bonus goodies.
– Kyle Smail