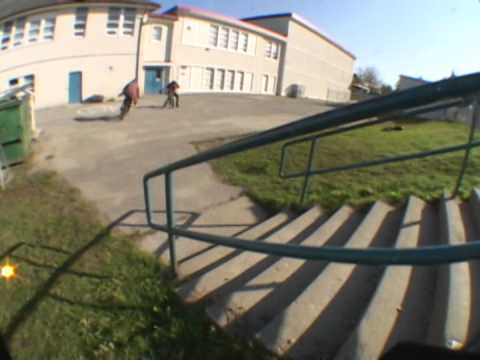 Posted at 15:28h in ARCHIVE by Prashant Gopal

Vancouver’s contingent of (mostly) under 20 year old shredders come through with this great 7 minute mixtape. Riding from Adam Piatek, Owen Dawson, Pawel Podgorny, and a bunch more. Filming with cameras that are older than they’ve been riding, a nice blend of (mostly) street lines and park footage, a good soundtrack, and some creative editing. The last couple clips had me rewinding to catch it again. The kids are alright