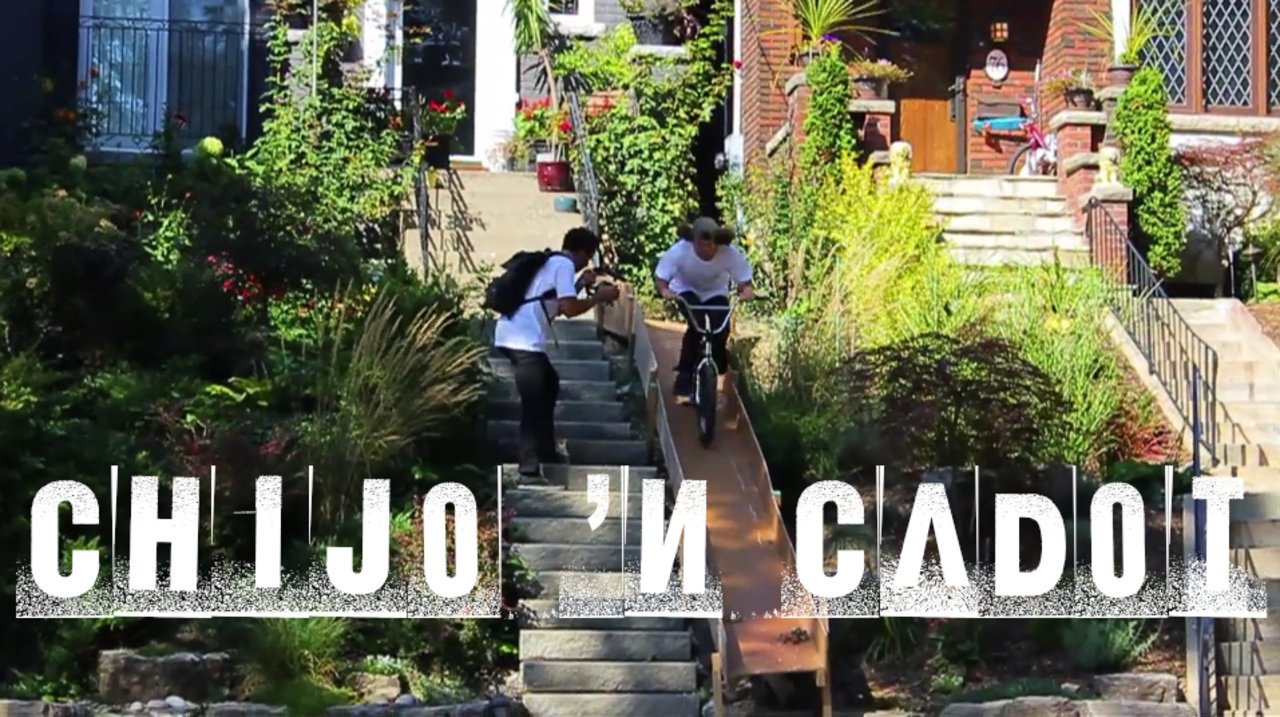 Posted at 05:45h in ARCHIVE by Prashant Gopal

Chijioke Okafo has had a busy summer. After recovering from knee surgery he put together a welcome back edit and interview with us in the spring, filmed for and made the semi finals in The Hunt video contest (winners announced November 7th), and put out a dope edit for Volume Bikes. Chris Cadot? What else is there to say but that he has been putting in that work behind and in front the lens all summer in Toronto. The pair have been going on filming missions the last few months and hit us up about putting out a split edit. We were stoked, and I feel like their riding styles are both contrasting and complimentary. Press play to check out what these two cats have gotten up to.