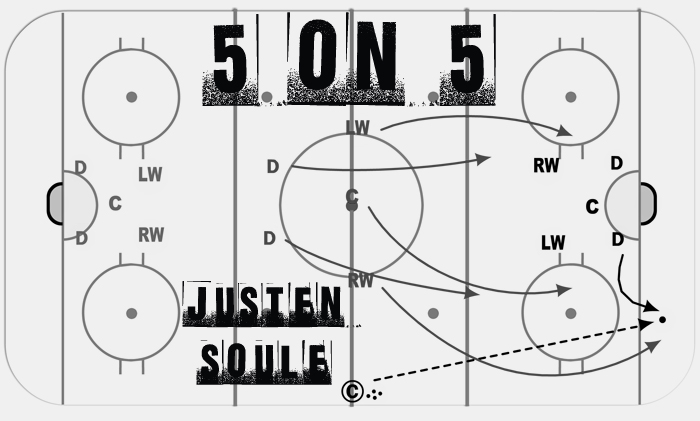 Today we begin a new feature called 5 on 5. We will be hitting up some filmers and riders about their top 5 BMX video parts/ or edits, starting with Justen Soule. From Drew Bezanson’s epic Joyride edits, to Demolition’s Last Chance DVD and lots in between, Justen Soule is a Canadian videographer who has been a part of alot of amazing projects. Who better to start off our 5 on 5 feature. Here are Justen’s all time top 5 BMX sections along with a few honorable mentions. 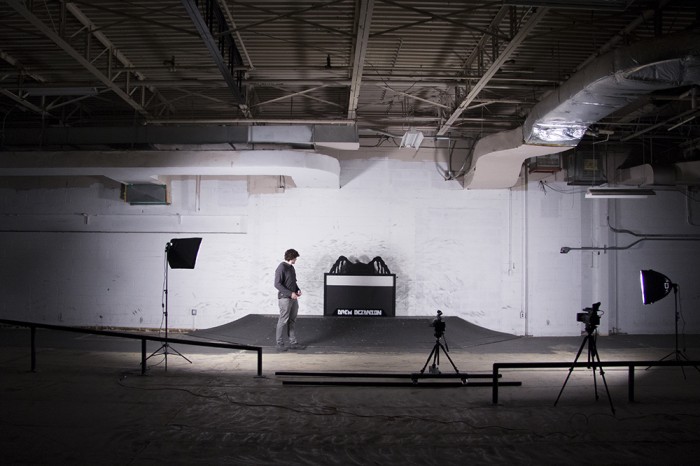 This is such a tough one; there are so many amazing videos out there that it’s difficult to single out a particular video project. Because of the amount of time and effort that goes into a full length video compared to a single, one-off web edit, I’m going to have to lean towards full length videos for my personal favorites. Whether it’s a DVD or a web release, it just takes on a whole other feel when people put a large amount of time into a video project.

This timeless classic is an obvious choice. The filming and production values may have been a little more dicey at that point in BMX history, but the video part still has to be without a doubt the most epic BMX video section to date. The music worked perfectly with the epic level of riding, really sealing the deal on the video part. It’s unreal to think how long ago this video dropped, and the fact that Van’s riding in it is still better then a lot of videos today. In this case the riding definitely outweighed the filming, but even with that factor, I don’t think anyone could say this video doesn’t belong on this list.

I may have worked on this video, but shameless self-promotion aside, it needed to be on the list. Dennis is on another level when it comes to his video parts. He had so much footage for this project that he could have easily gone beyond the two songs he used in the video. This particular section was filmed by Christian Rigal, who always does a solid job behind the camera, then mix in two great songs and you get another instant classic. This is one of the few video sections that I can watch repeatedly without getting bored.

I have always been a huge fan of the Endsearch video. Produced by Josh Harrington, Tony Ennis, and Terrell Gordy, it shows what can happen when you team up with some of the best riders and filmers in BMX. The video delivered the best of both worlds including: top-notch riding, great music, and still managing to keep a fun atmosphere throughout the full video.  Even against riders like Ty Morrow and Ryan Nyquist, Josh had the standout section for me. Unbelievable clips on park and street, capped off with a banger that I still don’t understand. Definitely a video section that delivers a bunch of “What the fuck?!” moments.

For me Ruben’s riding is the definition of BMX… Fast, creative and fun. Both his sections in Etnies Grounded and Etnies Forward personified the creative side of BMX with a style that no one else can truly match. The most awesome part about watching his video sections is that you can never predict what he’s going to do. In an age of stale video parts with constant barspins and tail whips his Grounded section was a huge breath of fresh air. Mike Manzoori and Stew Johnson did an amazing job behind the lens shooting Grounded, mixing riding footage with creative BRoll that created a flow that really complimented Ruben’s style. Some people weren’t feeling the musical selection for Grounded, but I find the original tracks really helped the uniqueness of Ruben’s part.

5. The Levis Video – All Sections

What happens when you take the most stacked team in BMX around the world, with several of the best filmers in the game? The Levis video. With a team consisting of: Corey Martinez, Jamie Bestwick, Morgan Wade, Anthony Napolitan, Ronnie Napolitan, Nathan Williams, Dakota Roche, Jeremiah Smith and more you get a pretty serious video project. Because of that I can’t really narrow down a particular, favorite section… The whole thing was awesome. Will Stroud was the key person behind the camera and computer, but several other key BMX media figures such as Dave Mavro, Mike “Mangler” McQueen, Justin Kosman, and Glenn Milligan where also involved, probably making it the most stacked video to date on both sides of the camera. Great riding, music, camera work and editing made for a video that was incredibly enjoyable.  It’s a shame Levis cut and run from the BMX industry, I can’t imagine what would have happened if the team still existed today.

As I mentioned in the beginning of this, it was incredibly difficult to narrow down a list of my favorite videos. Because of that I have another five “Honorable mentions” that I really enjoy. These are in no particular order:

Drew will destroy anything and everything that he touches on a bike. Whether it’s ramps, dirt, street, drainage ditches, or tree branches, he will absolutely kill it. This video section was a prime example of that.

Rob has always done his own thing, and this video section was a great example of how gnarly and creative he can get. The video dropped at a time that brakes weren’t quite dead in BMX, meaning a lot of the stuff Rob got done you don’t really see anymore. As always Navazio did a great job with the video, which just makes Rob’s section even better.

I don’t think I can say anything for this one that everyone doesn’t already know. An incredible video section.

It’s not too often that you see a rider light themselves on fire and ride around in a video section, then when that rider also back flips off a rail, rides a ski hill on his bike, and flips a helicopter you have something pretty special. Mike has always had the stuntman style going for him; this video part was just an extension of that.

It’s hard to pick a favorite video part for Aitken; every section has the most flowy riding that you’ll ever witness. All of his sections from the earlier Square One: Wide Awake Nightmare days, to his more recent Anthem II section could have made the top five list.