Chijioke Okafo has had a few bad summers now and bad luck with some serious injuries in the last couple of years. Now he’s back in the game and healthier than ever. He met up with Chris Silva one afternoon to film this quick edit at our favourite ramshackle skatepark in one of Toronto’s west end neighbourhoods. If the video is telling of anything then he hasn’t lost a thing. We also asked him a few questions about his injuries and recovery, so read his interview below along with a couple recent photos shot by Mike Headford. 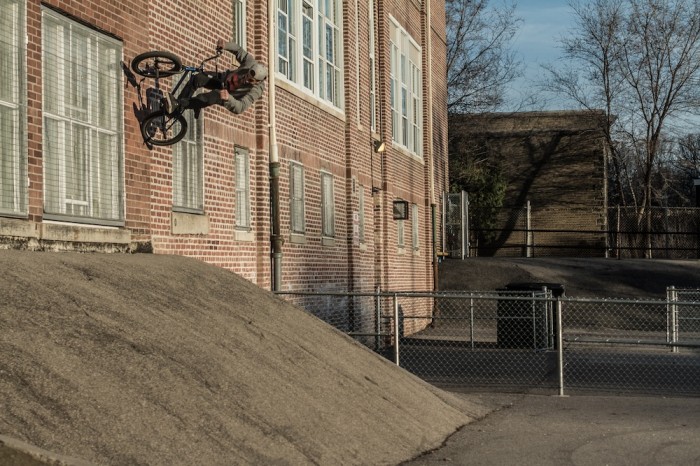 A couple summers ago you had a serious shoulder surgery. How’d that happen and how long did it put you out for?

The original injury happened when I was 17-18, and my shoulder just got progressively worse as time went on. I kept putting off seeing a doctor, but eventually gave in when it was popping out in my sleep. I ended up having to have a full shoulder reconstruction, which put me out for a good 7-8 months.

Last year, just as the summer started poppin’ you got taken out again. Full on knee blow out. Explain how that happened and what if felt like?

Yeah, that one was a pretty huge bummer. I guess because it was completely unexpected. With my shoulder, I had a couple years to get accustomed to a fucked up joint. My knee was just a one shot deal. It was at the Toronto stop of the 10 Pack tour last summer around this time. We were at a pretty well known uprail spot, and I was trying uprail whips when I probably shouldn’t have been. A few attempts in I got all weird on a whip and came down with my knee locked straight. As soon as I touched down, my knee bucked sideways and it blew apart. It felt like someone took a sledgehammer to the side of it, I knew something serious was wrong right away. Probably some of the worst pain I’ve felt 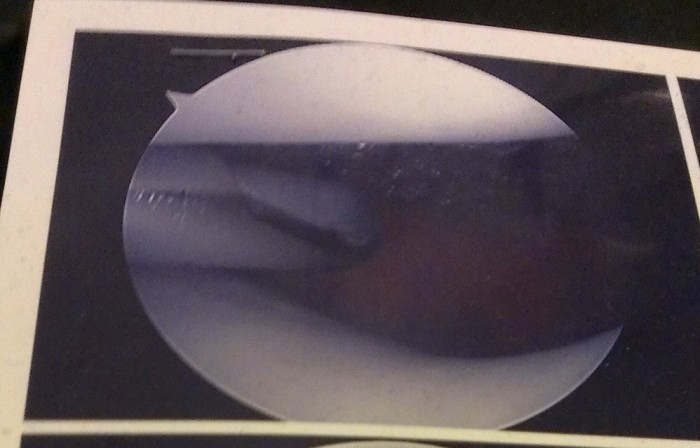 An inside look at Chijo’s knee.

How long was the recovery for your most recent injury been, and did you find you handled the recovery differently in any way than the last one?

This one was quite a bit longer, from start to finish. I had to wait almost 4 months for surgery, so I was out a total of 10 months. It was really tough, and really frustrating at times, but I still think I handled it better than when I was out for my shouulder. I definitely tried to stay positive more of the time, and to really focus on coming back stronger. As soon as I found out how bad the damage was, I knew what I was in for and knew that I had to suck it up and get through it so I could get back on my bike. I didn’t have any experience with that the first time around, so it definitely helpd out with this one.

Do you look at riding differently at all anymore? As in has it affected what you will try and what you won’t, or altered your riding style in any way?

I’m probably not gonna be doing whips much anymore, ha ha. But other than that, it hasn’t affected me too much, or at least I’d like to think that. It’s still pretty early to tell, but I feel good and I don’t feel too hindered.

Aside from the obvious physiotherapy needed, what did/do you do with all the downtime when recovering?

Go crazy, ha ha. I tried to pick up a few hobbies, or things I could do to get my mind off of riding, but nothing really helped much. I had to take it one day at a time. For the first while, you just find yourself staring at the wall thinking about tricks you miss doing, ha ha. 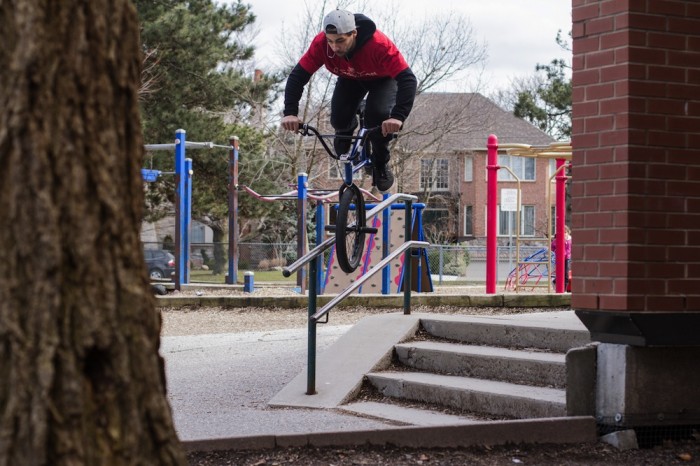 Are there any major plans you have for yourself for this summer? Goals to conquer or demons to battle with?

Just gonna try to be on my bike as much as possible. I got a lot of missed riding time to catch up on, so I guess that’d be my main goal for this summer.

After these experiences of injury and recovery, has it caused you to make any changes to your day-to-day life, like a change in eating habits, stretching, etc.?

Anyone who knows me, knows I eat so fucking bad. You’d think after surgery I would have trained myself to eat a little healthier, but no dice. I definitely stretch a lot more, and I try to stay in shape with regular exercise, not just riding. It’s boring as hell and really hard to make myself do, but it’s better for me in the long run.

Now with this experience that you have accrued, what advice, if any, do you have for someone that’s just had a major injury?

Stay positive, as lame as it sounds. The more you look on the bright side, and the harder you work towards that bright side, the easier your recovery will be. Just stay motivated and in high spirits, and you’ll be through it in no time.

Somewhat unrelated, but I know the people are wondering, what motivated you to chop off the dreads? You pulled a Jared Washington move there.

Ha ha, the million dollar question. Def took some inspiration from Jared and Wormz. I had been toying with the idea for a couple years, and one night I finally just decided to go for it. I love it, and I’m so glad I made the call. Not having all that weight on my head is wicked, and I like blending in a bit more in a crowd. I miss them sometimes, but I’m happy with having very little hair for a while

Last words or anything or person you want to mention?

Thanks to anyone and everyone who has helped me through any injury I’ve had, I appreciate it so much. Shout outs to Volume, Demolition and 10 Pack for having my back through two major benchings too, can’t thank them enough. And Thanks to Embassy for the questions!