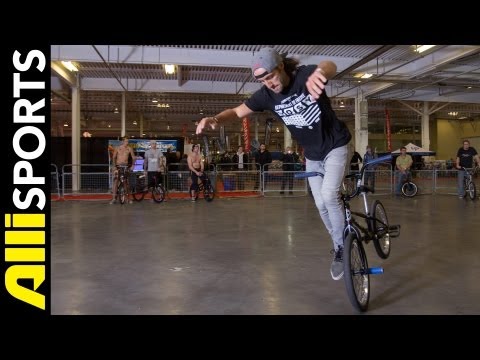 Posted at 13:16h in ARCHIVE by Prashant Gopal

With all the recap coverage of the Toronto Bike Show this year let’s not forget about the flatland contest. Toronto’s Justin Eastman put together this video to cover the event this year for Alli Sports. I managed to catch a number of different riders’ runs and it was a great turnout of spectators and high level riders. Edmonton’s Percy Marshall put on a mind bending run/performance, and there was heavy international talent competing, but in the end Montreal’s Jean-William ‘Dub’ Provost took first.