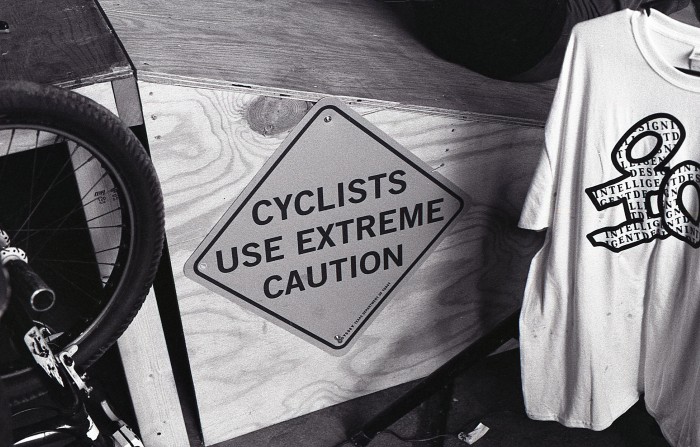 We weren’t able to travel to Austin this year’s Texas Toast Jam, but fortunately for us a handful of Canadian flatlanders were. One of which was Trevor Oleniuk who carried a camera around with him to capture the weekend. He sent over a selection of different photos that he recently developed and a few words about his time in Texas so click below to read what he has to say and check it all out.

Before going to Texas, I expected two things (based solely on what I saw on TV): loads of gun-toting rednecks and the obese. But a weekend in Austin for the Texas Toast contest in October proved there was a lot more going on in the Lone Star State. There were probably thousands of people at the contest; the spillover was phenomenal as we saw bikes all over Austin, making it feel like a very BMX-centric city.

Texas Toast is essentially the brain child of Fairdale creater, pro-rider, and dog owner Taj Mihelich. The contest had dirt, park, flatland, high bunnyhop, and the infamous Gauntlet of Death. Morgan Wade was allegedly the only guy to do the whole thing, but after seeing the setup it’s crazy to think it was done. Everything was so perfectly executed you could tell that Taj has his shit together. How many contests have custom T-shirts, snapbacks, and Vans shoes?

In addition to the pros blowing up the contest, a number of legends also showed up. Matt Hoffman and Ron Wilkerson were spotted near the flatland area, but there were too many big names to count. Although I didn’t see him ride, seeing Mike Aitken hang out and judge was a big inspiration.

As a flatlander, I had the usual chance to catch up with all my friends and make a few more. That said, I wish I took the opportunity to watch park and dirt. The edits that came out of this event shows what happens when you throw a wicked contest: people throw down.

I can’t say enough good things about Austin and Texas Toast. Do yourself a favour and make the necessary arrangements to go there next year. And the year after. I know I will. 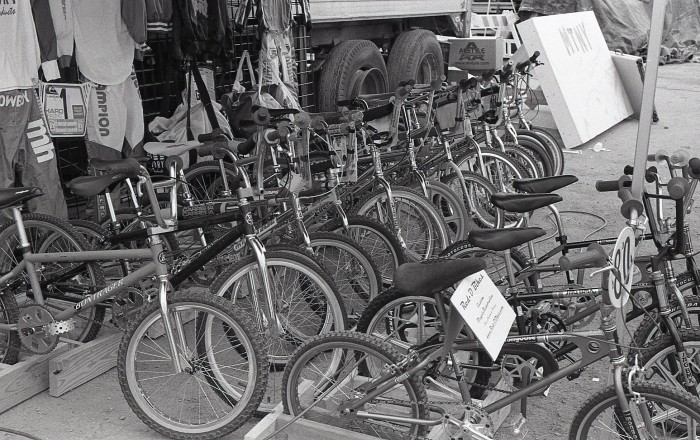 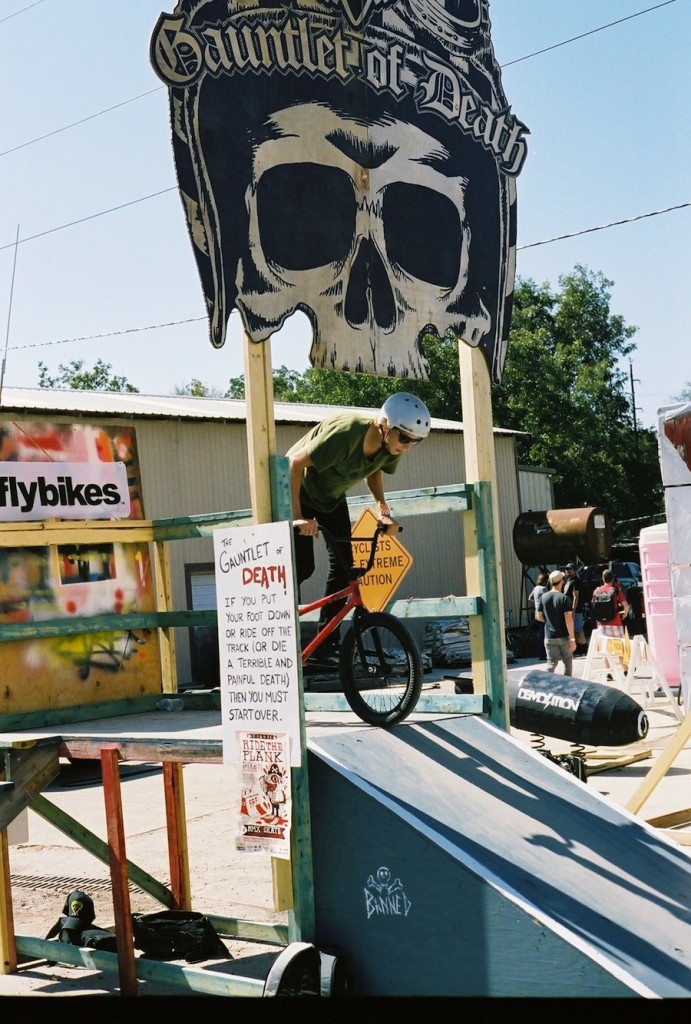 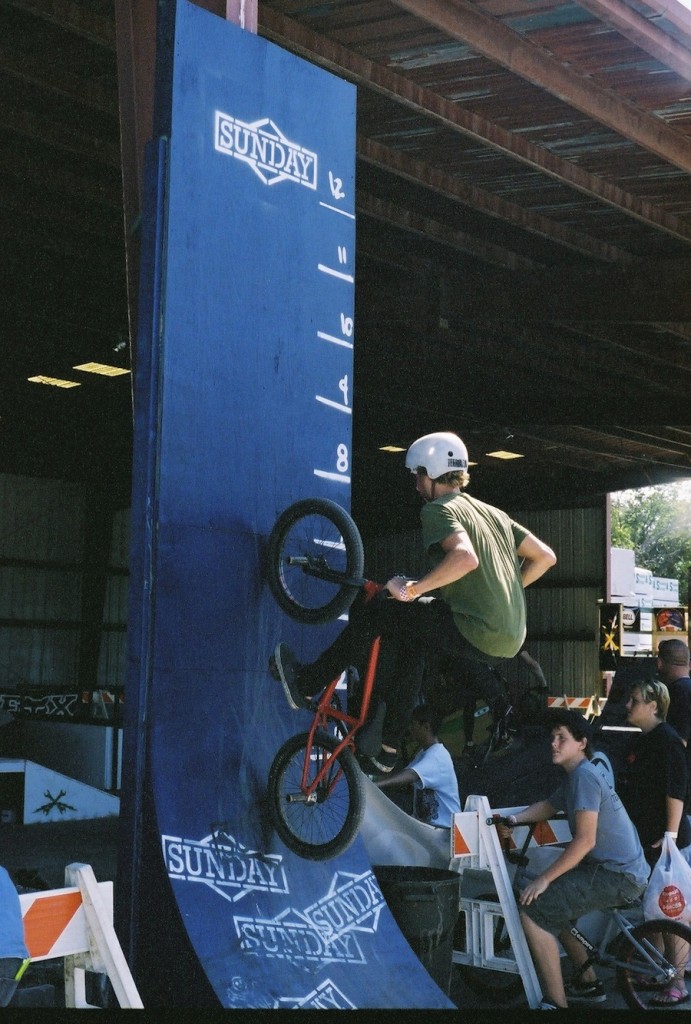 Unknown rider on the Sunday Bikes vert wall to fakie. 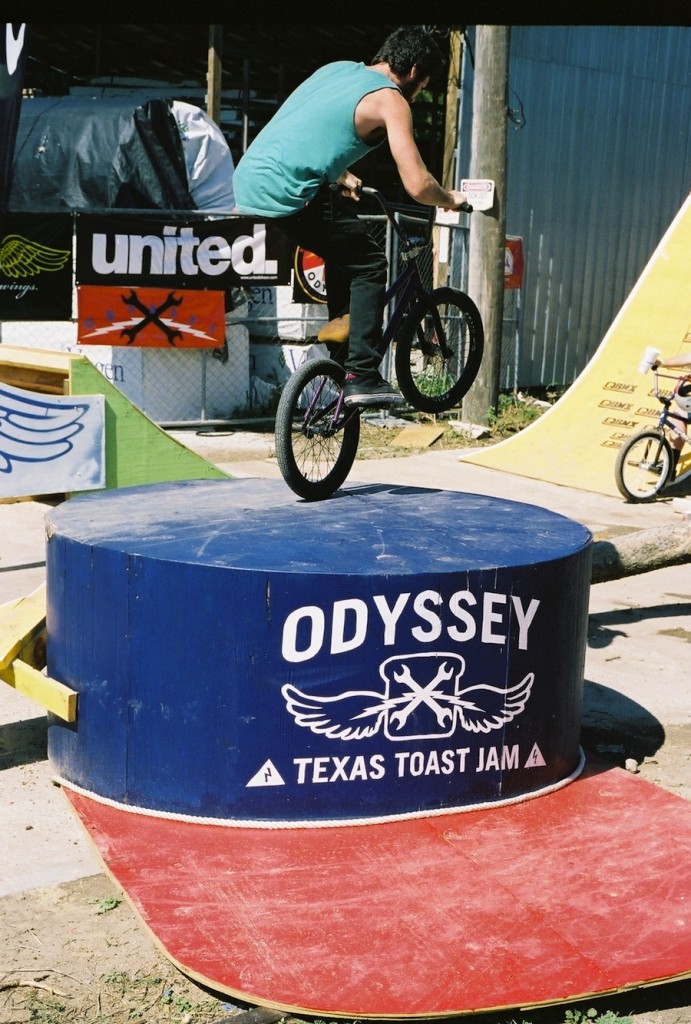 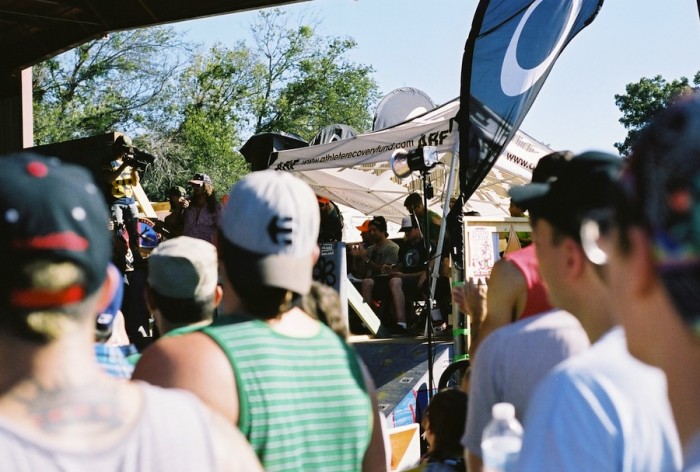 Judges booth during the street contest. 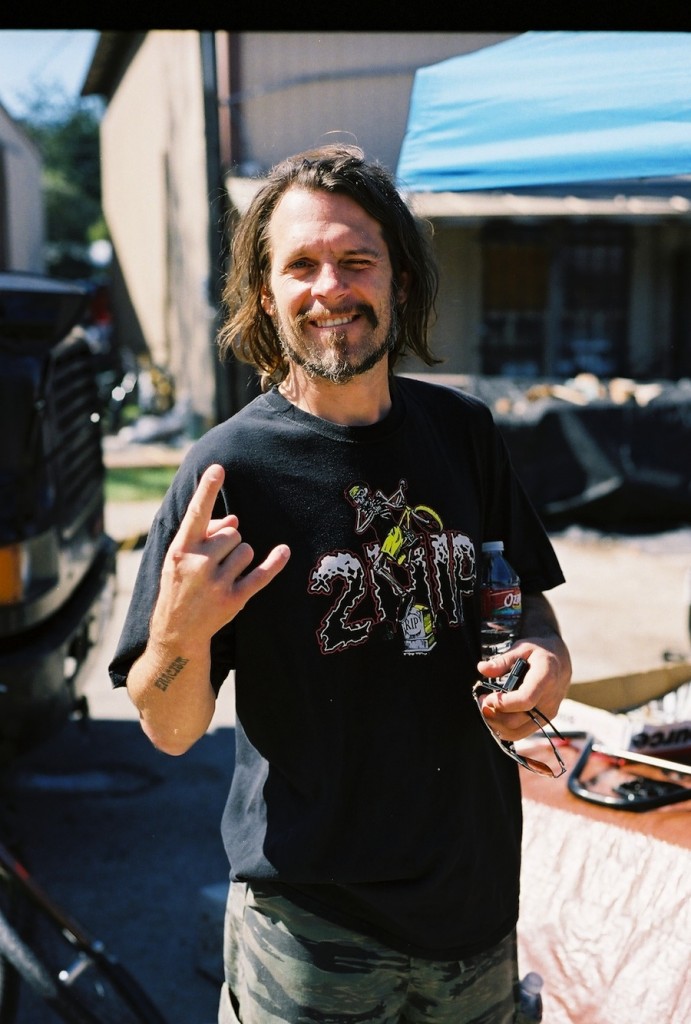 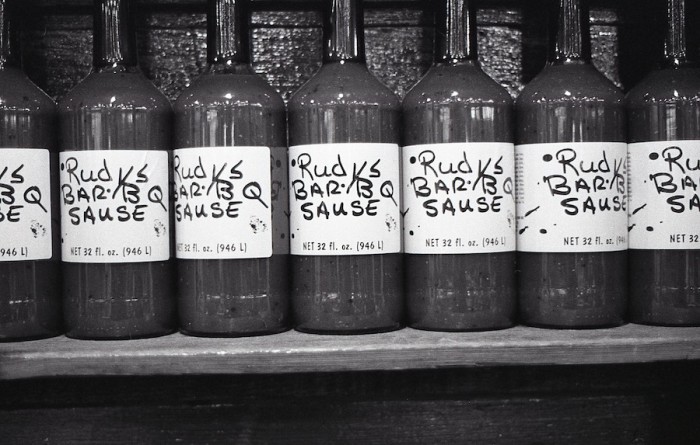 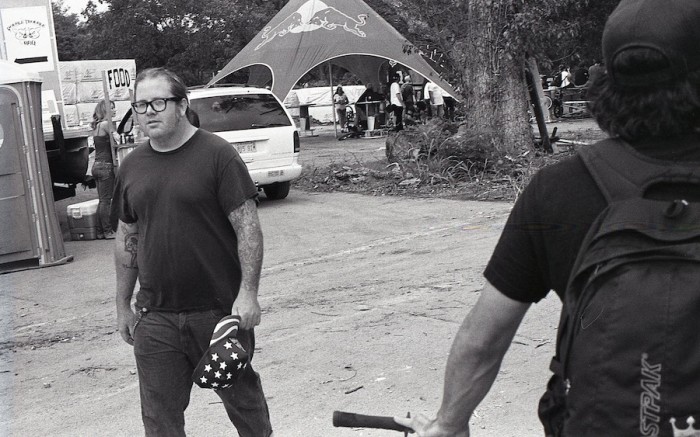 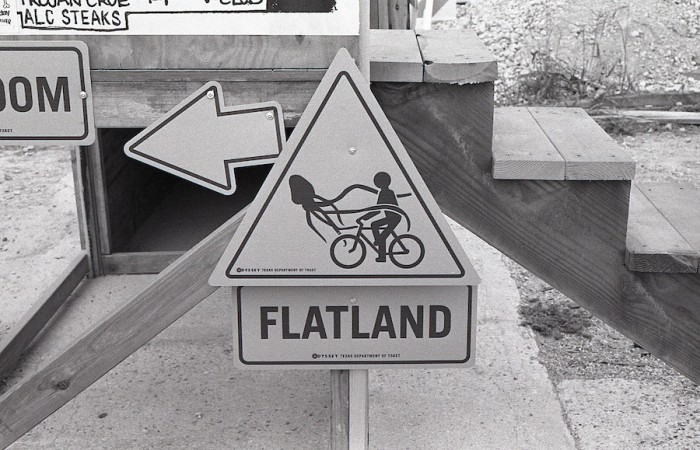 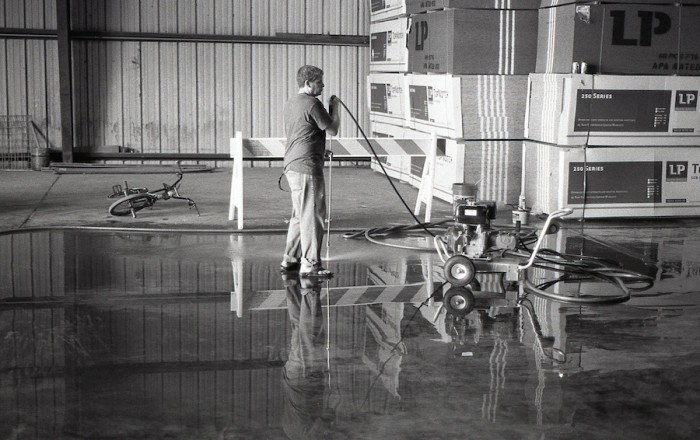 The flatland area was held in a warehouse that was used to treat wood. John Yull and many other riders spent the days leading up to the event cleaning it. 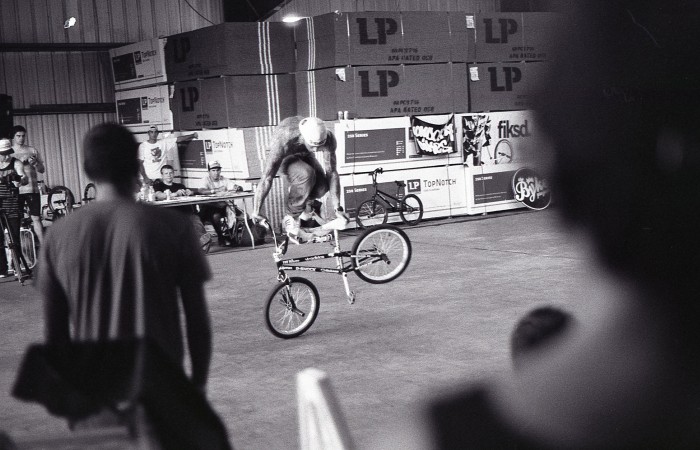 Dominik Nekolny traveled all the way from Prague for the event and took first place. 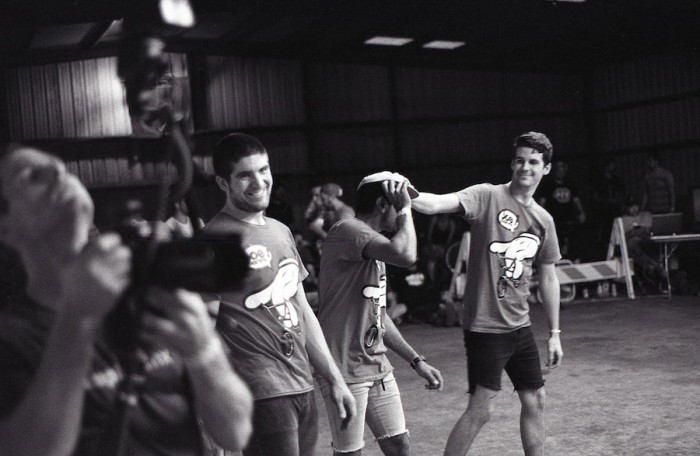 A gaggle of Canadian flatlanders. 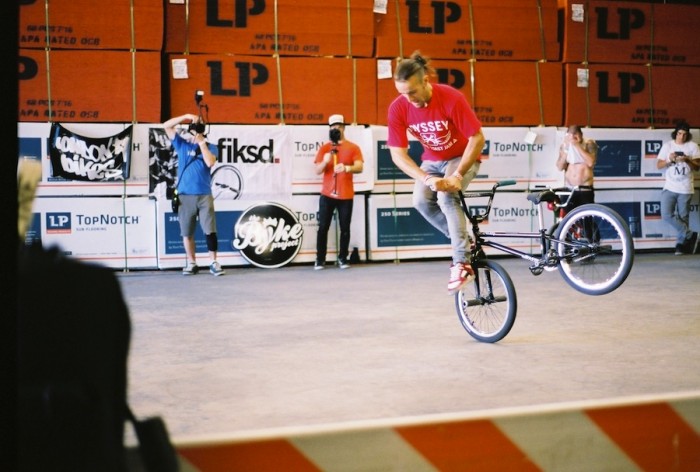 Originally from the Montreal area and now living all around the world, Jean-Francois Boulianne in pro finals. 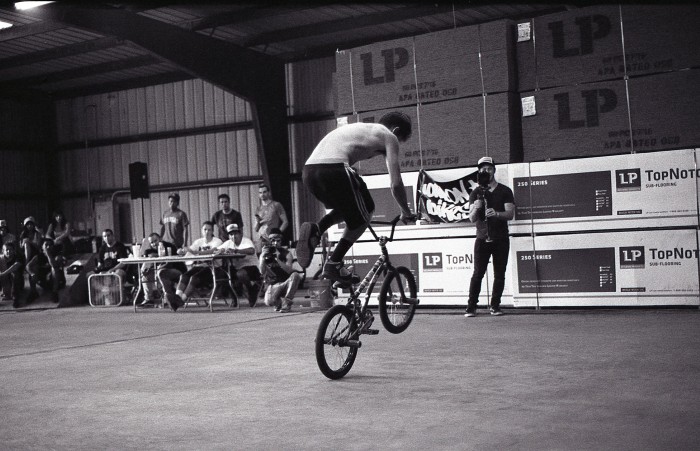 ndrew WIckham with a seatstand peg wheelie to decade out. 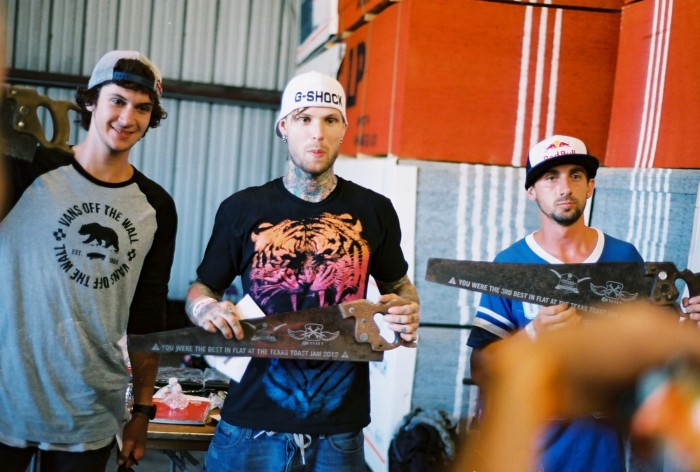