No Bummers 3: The Ender Of The Bender

13 Mar No Bummers 3: The Ender Of The Bender

Posted at 04:59h in ARCHIVE by Prashant Gopal 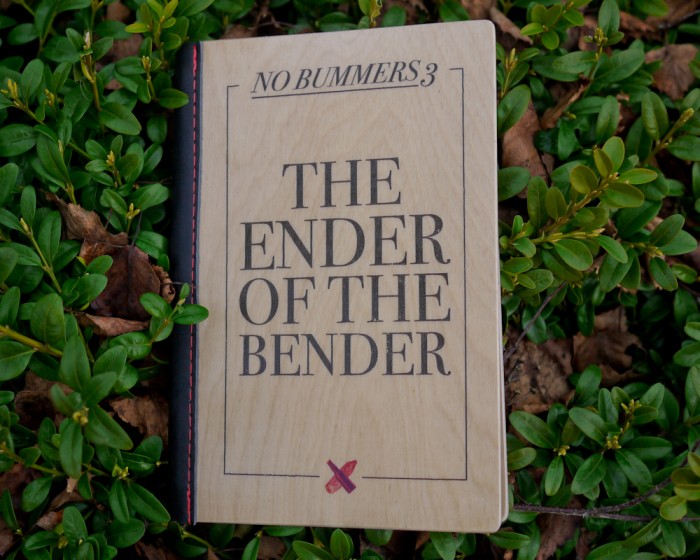 Fans of Riley McMaster‘s work should be familiar by now of his zine series, No Bummers. He just released the third and final instalment entitled The Ender of The Bender, in a beautiful wooden cover with a hand sewn leather spine and full bleed colour pages. The quality and care that went in to this project elevates this from merely a zine to a collectors piece. The content is focused on photographs from a cross country bike ride followed by a 3 week van trip across the southern United States. Riley explains it best:

NO BUMMERS 3: The Ender of the Bender. The final chapter in the series that has travelled America back and forth over and over. Spanning over 3 months the content reaches the unexpected events and sights that are experienced by a veteran America enthusiast. Riding a bike from one of side of the continent just to hop in a camper van and take an absurdly extended route back home. Tales of Doing The Most//Touririzing//Freedom//Living in a van down by the river//way more cool stuff.

Check out a preview here and grab one of only 50 copies, or get the full trilogy pack, at christianhomeowner.com before they are all gone.