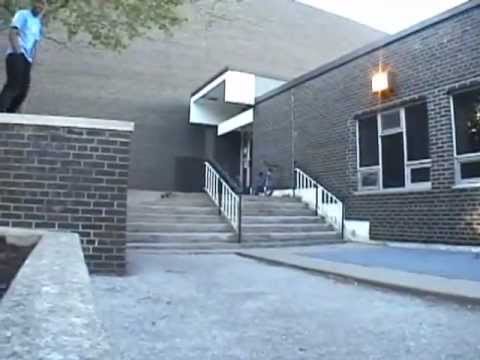 Posted at 08:21h in ARCHIVE by Prashant Gopal

It may seem like a heavy week of content from Chris Silva after his recent MacNeil web edit, but for the last few week’s he has been uploading all the past Inner City Circle videos. Just yesterday he put up 2007’s From Jane Strip to ScarTown, the previous week saw 2005’s That’s What I’m Talking About, and the week prior he uploaded 2004’s Lock and Load. These videos are steeped in Toronto BMX nostalgia as they epitomized how the city was seen by outsiders at the time, and the influences inside it. The ICC videos always ran a fine line between being a scene video and a crew video. Who they filmed and who was considered as part of that inner circle (no pun intended) was kept on a short leash. However, the videos are full of memorable riding and loads of unforgettable quirks such as skits, characters, sound effects (gun shots), nicknames, original music, and jokes.