Filming for the Hunt

16 Aug Filming for the Hunt

Posted at 15:16h in ARCHIVE by Jeremy Deme 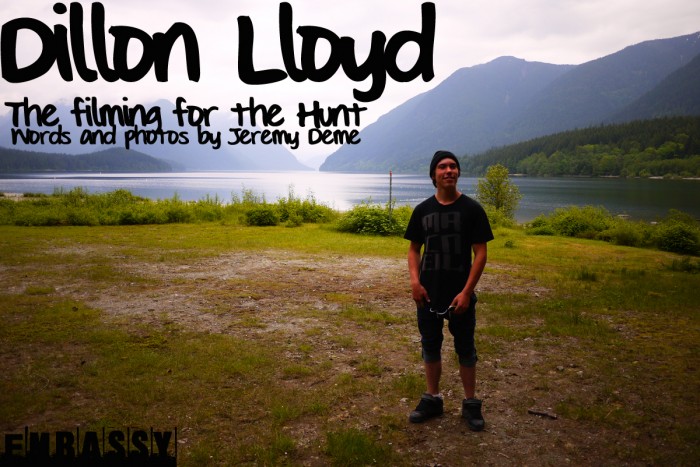 On May 26th, Justin Kosman @ The Hunt hit us up about entering The Hunt video contest. With only two months until the deadline, we spent a couple days debating/thinking who could film a part in such short amount of time, Dillon Lloyd confirmed he was down and I agreed to put in work behind the lens. These are some photos from the two months of filming for Dill’s part. Be sure to check the trailer here and wait to see the full part… just wait. 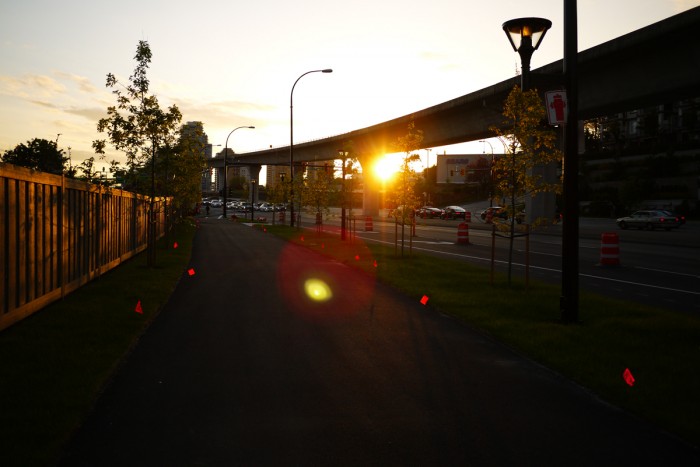 Dill flew to Vancouver a few days after a two week Macneil trip in Boston/NYC. Big thanks to Macneil for making Dill’s first Hunt filming trip to Vancouver possible. 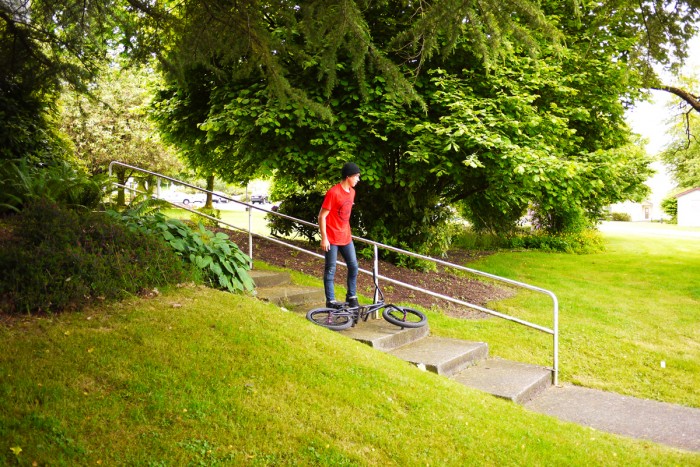 The first two weeks Dillon was in Van we spent every evening and weekend checking out every spot I know. Alot of times we would roll up to a spot and Dillon would straight up say “next spot, this isn’t a banger spot”. Dillon was ready for heavy hitting, no fucking around. 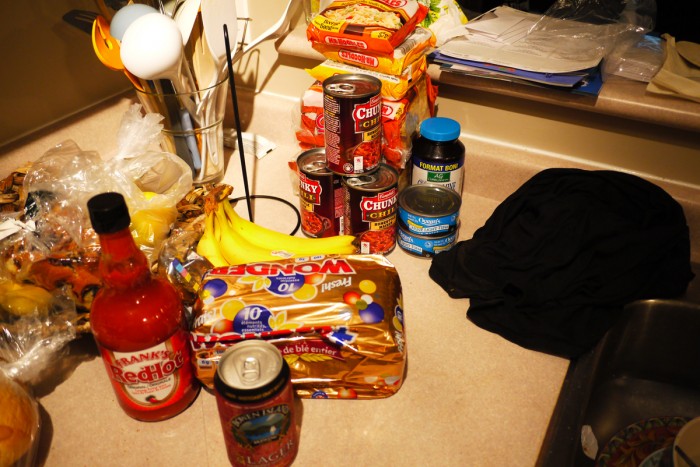 The Dill diet. Dill went through a few diets while filming his part. This point was from the Fluke diet, as Luke had given Dill some pointers on how to eat super cheap. Dillon got sick after a week of this diet. There was also the Andrew Reynolds health diet which consisted of all health foods (fruits, vegetables, no junk food), that lasted about a week as well. 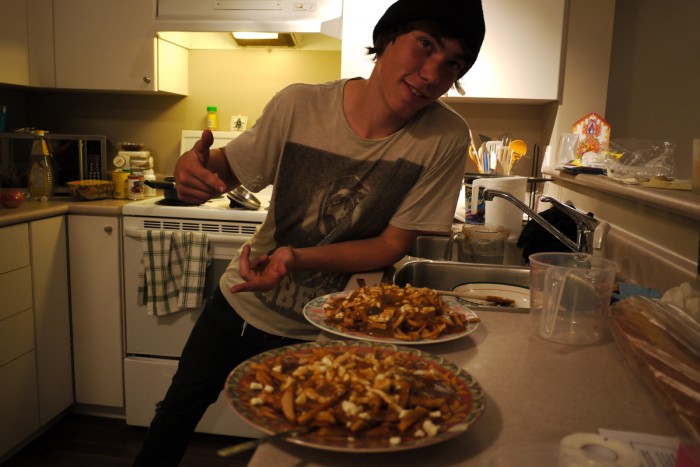 Dill and I both being from Montreal, and Vancouver not having any real decent poutine spots = make your own poutine night. They tasted as good as they look. Dillon should open a poutine spot in Van. Home made fries a la Dill. 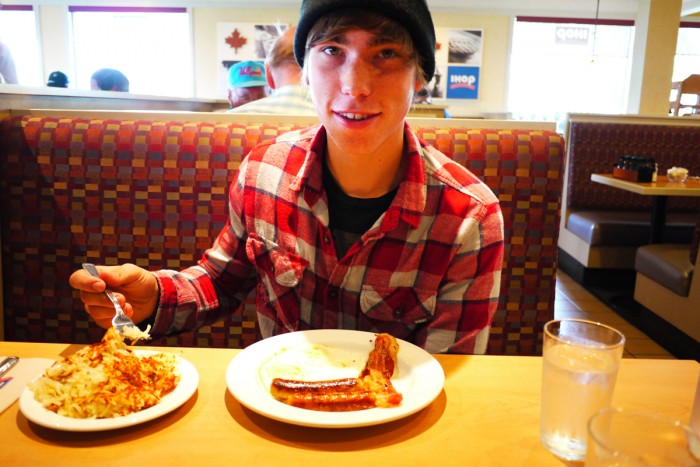 Breakfast of Champions, IHOP. Not even going for the pot roast. Harrison would be disappointed. 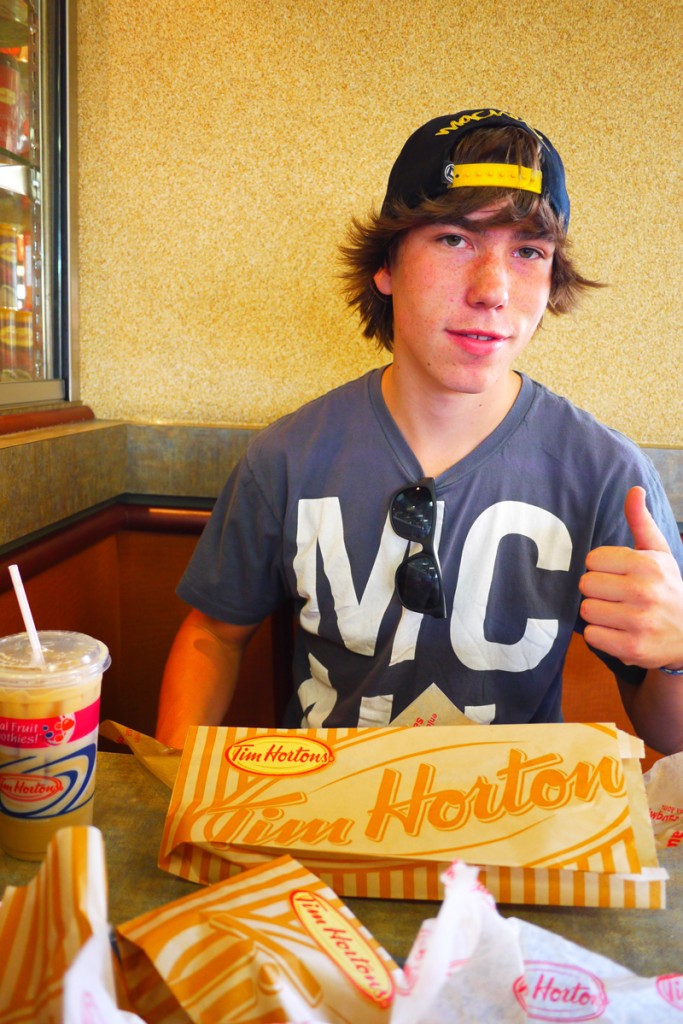 We are Canadian, you know we ate alot of Hortons in two months. 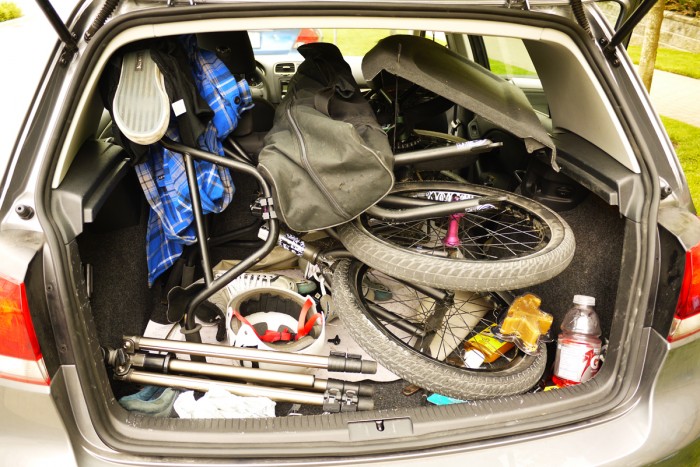 Any given day, this is what the trunk of my car looked like. 3 bikes, 4 cameras, 2 tripods, tubes, tools, wax, skateboards, blades, G2 and anything else you can think of. 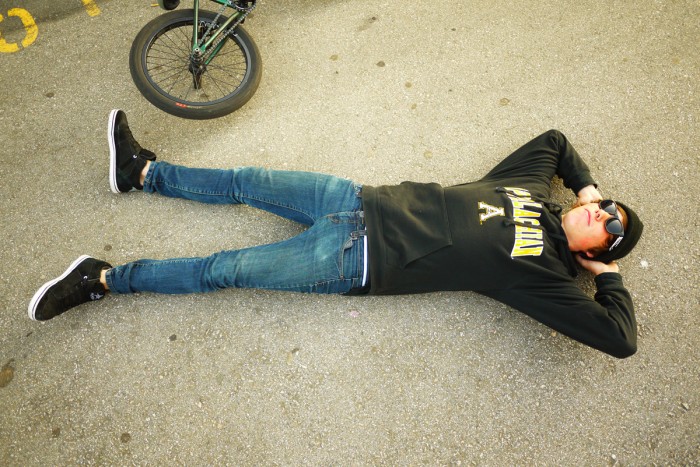 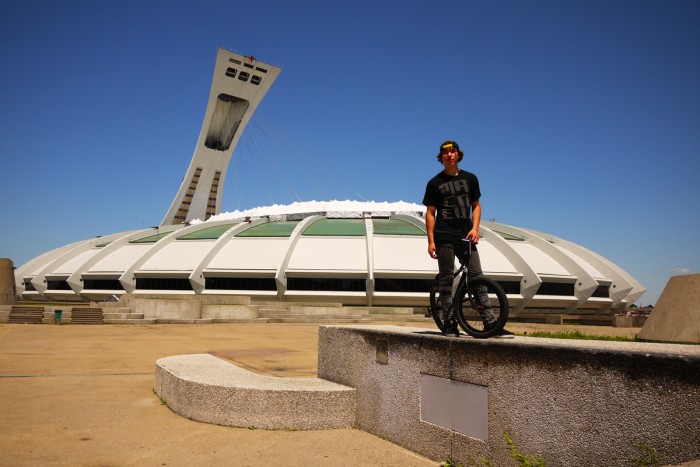 After about a month of filming in Van, Dill and I headed back to Montreal for a couple weeks and tried to do some filming there. The humidity took over and sent us back to Vancouver with a lot less MTL clips than we had hoped, but we also left Montreal after alot of partying and real good times with good friends. Big thanks to our MTL family who are the best kind. 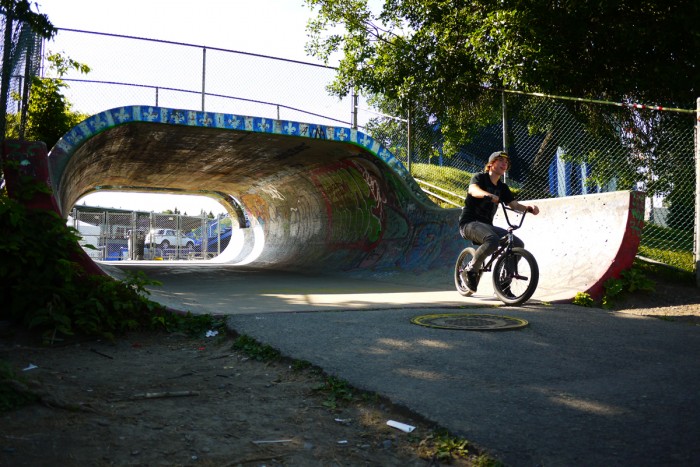 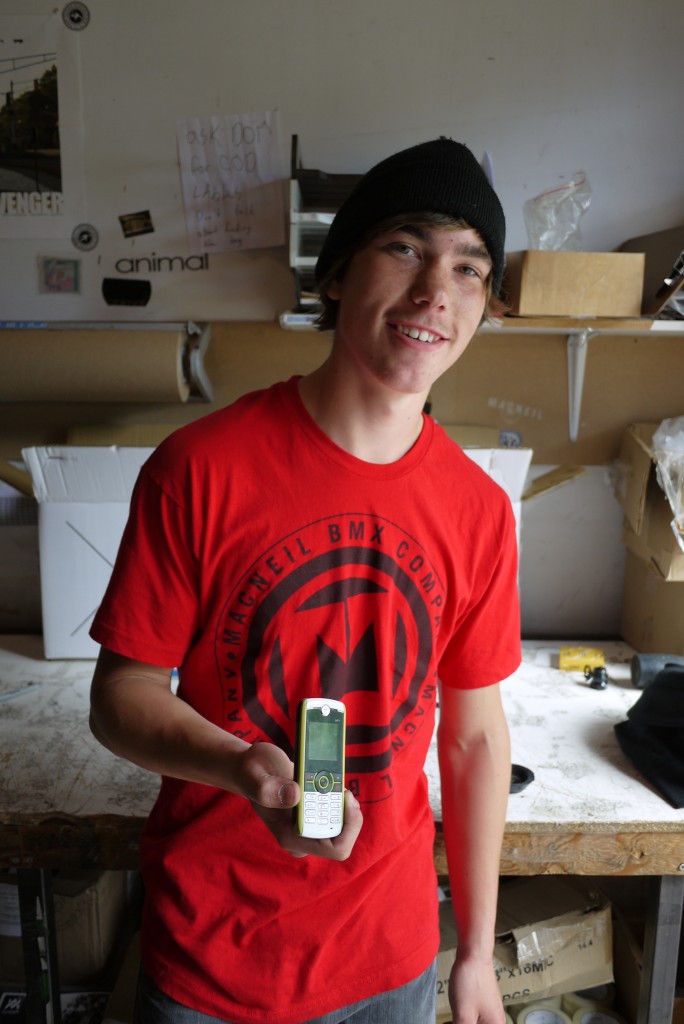 Dillon’s classic cell phone fell as a casualty during the filming of. This guy had been through a lot of damage over the past couple years and finally saw the end. 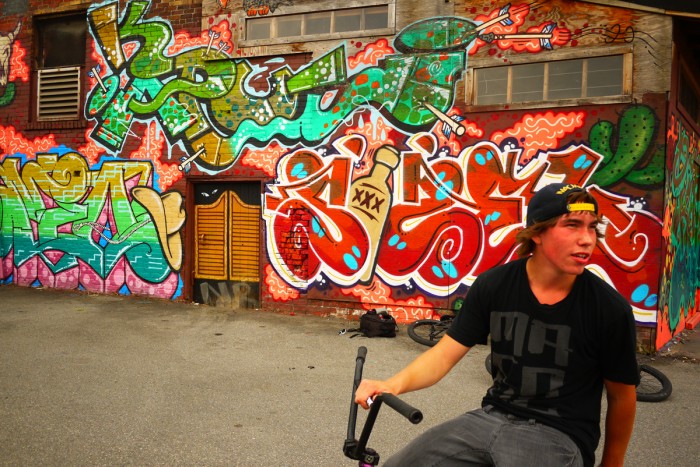 A big thanks goes out to everyone who helped show Dillon spots. Taylor and Luke showed Dill this spot, and he filmed two clips there. Thanks homies. 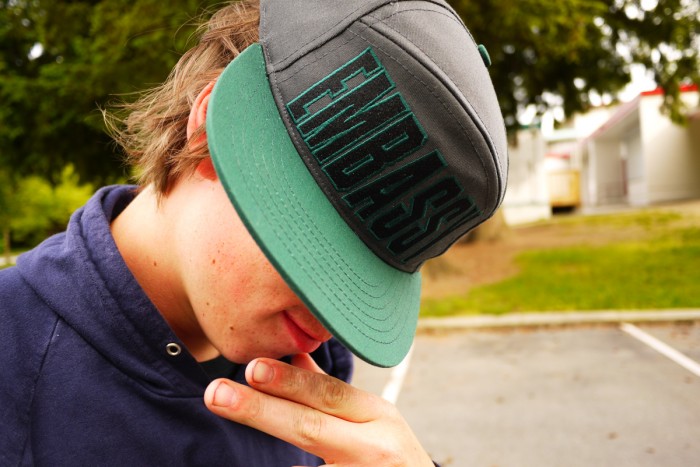 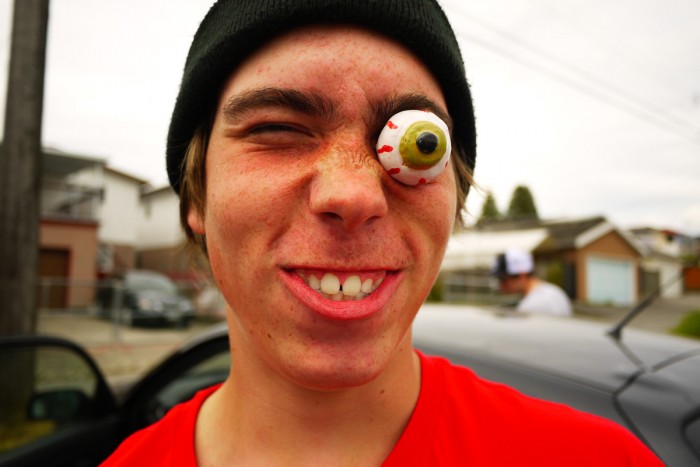 I almost lose an eye, Dill finds a new one. 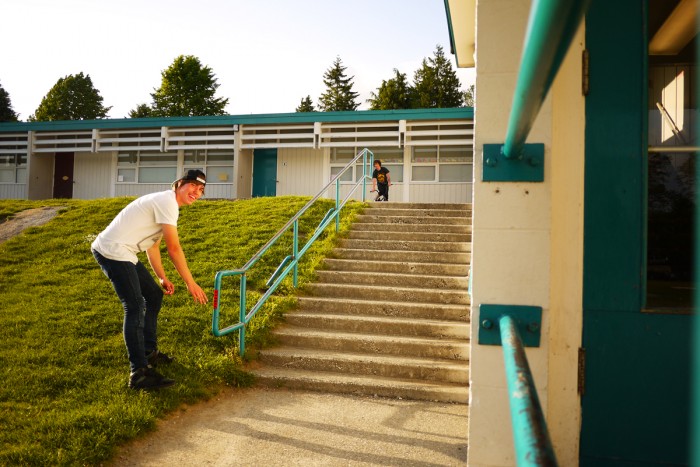 No need for wax, throw a little swag on that rail and it’ll slide like butter 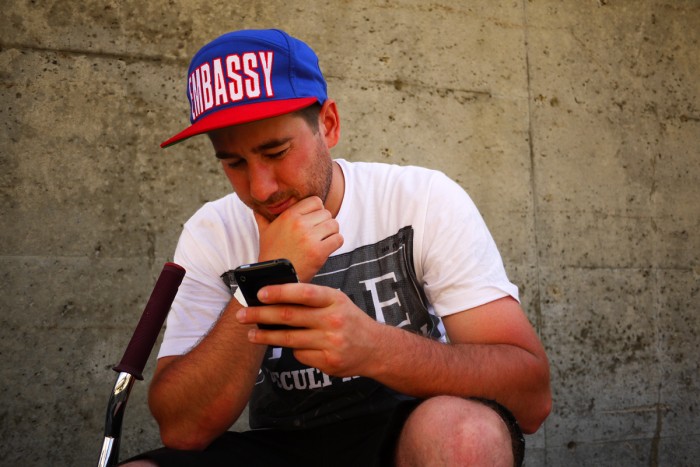 Working while putting in work, NBD 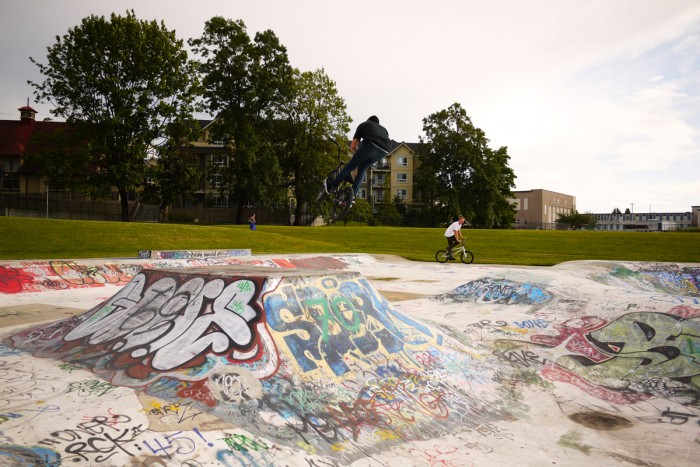 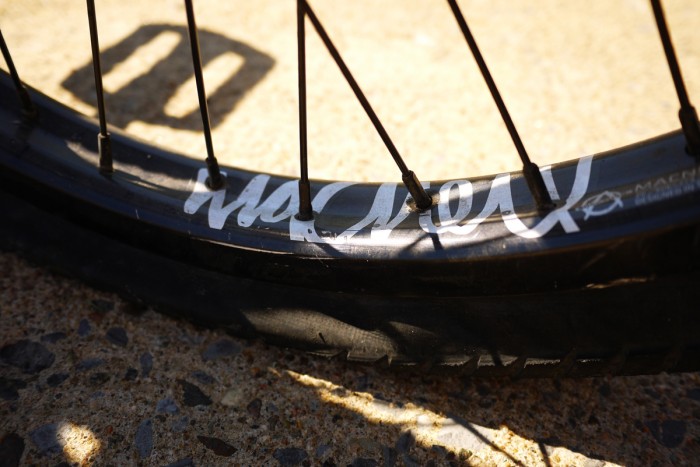 Not sure how many flats Dill got in the two months but there were definitely a few. An uprail kinker almost didn’t happen because of a flat. F-flats 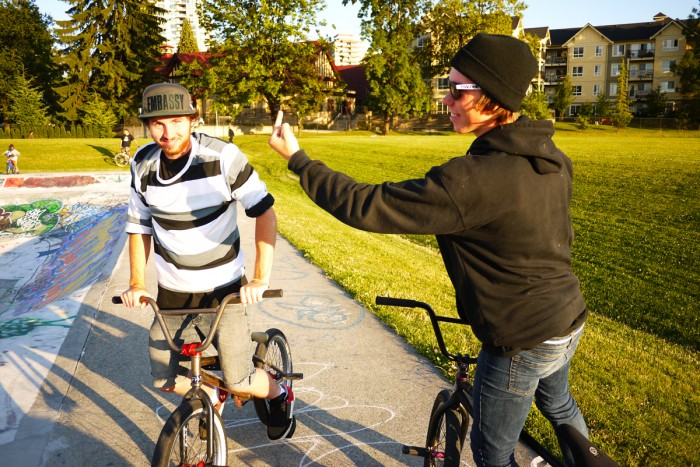 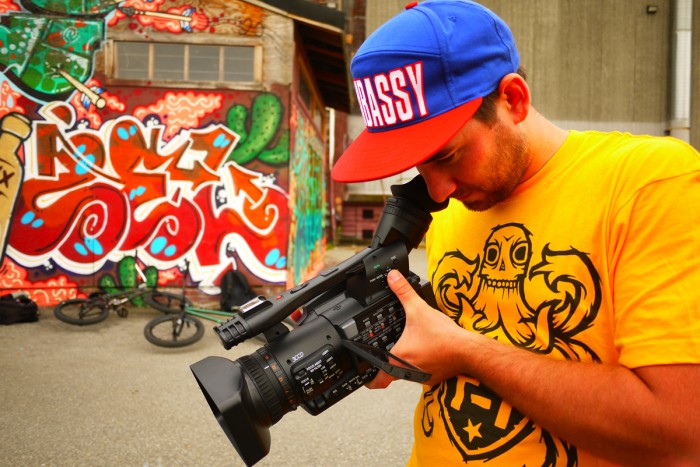 This camera saw alot of use in the 2 months, quadruple backing up clips for safety measure. 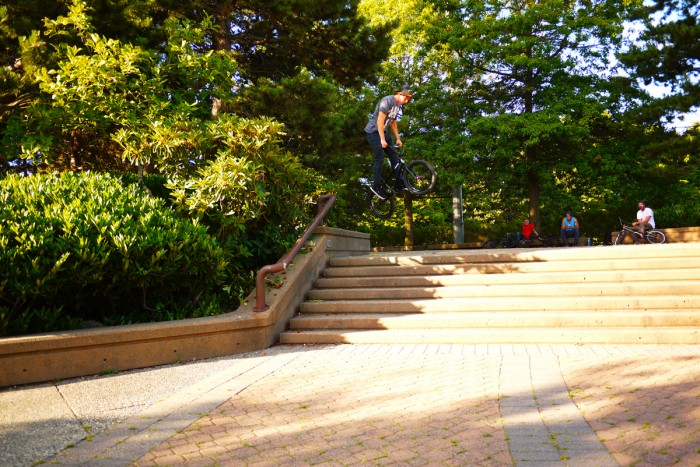 Throw em if you got em. 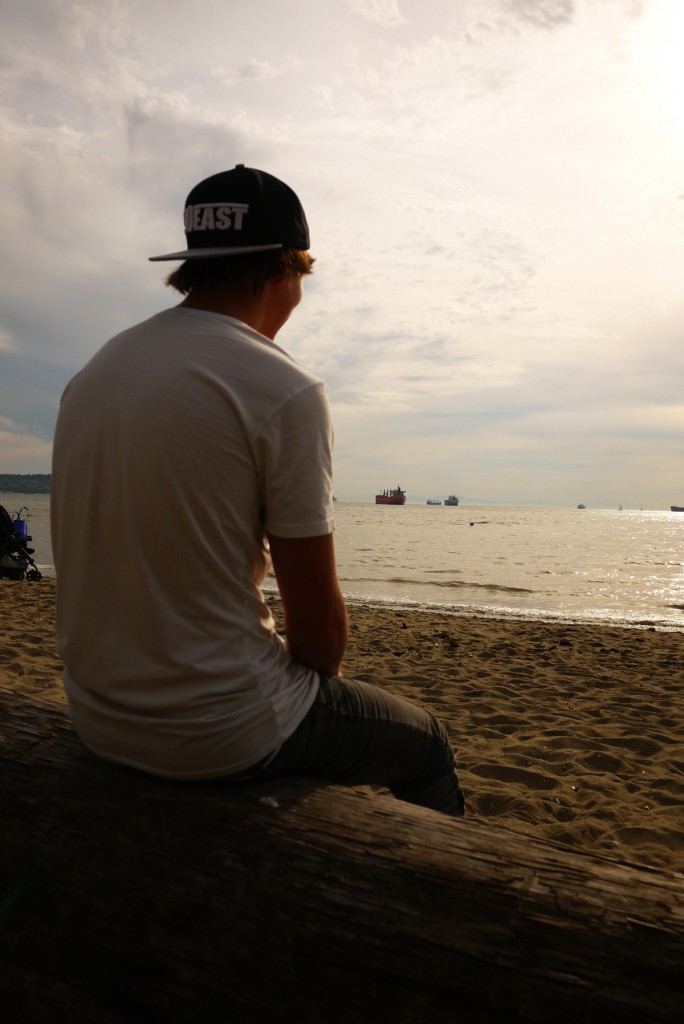 Dill quickly became a 3rd beach local while trying to let his heel heal up from a typical night in Chats. 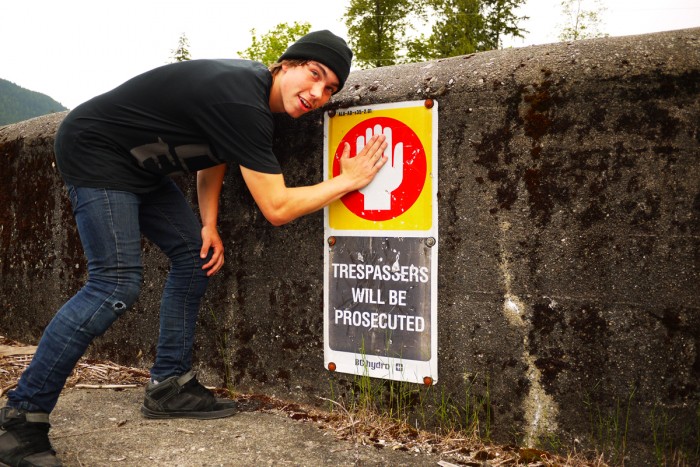 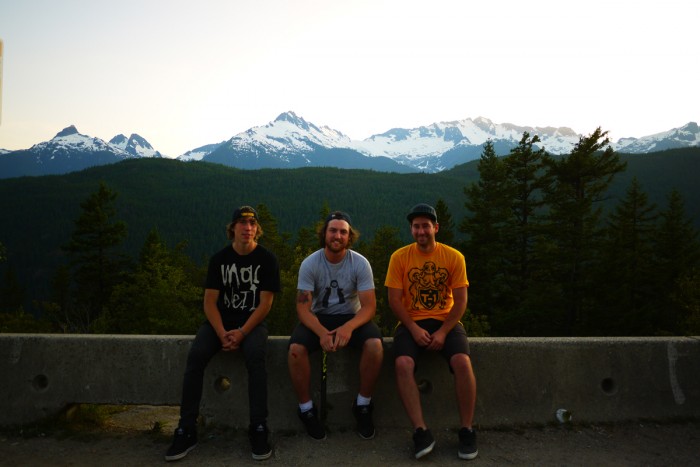 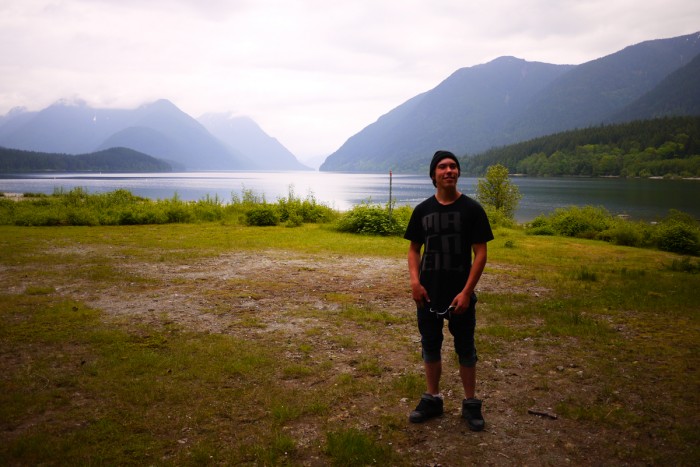 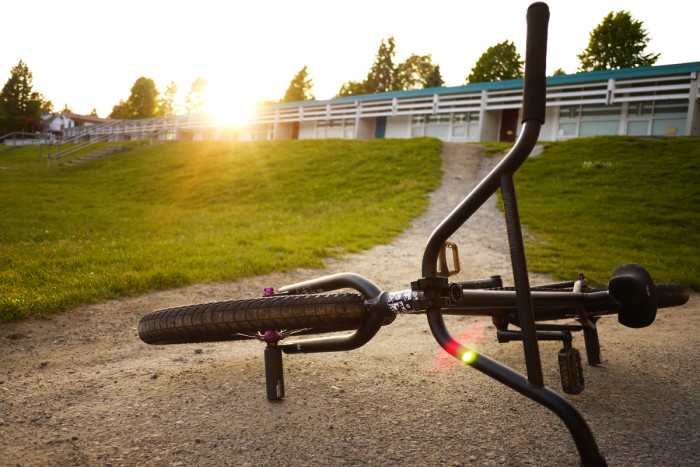 Dillon put in serious work for this part, as you’ve probably noticed in the trailer. The top 10 parts submitted to the Hunt will be featured on the DVD. Although we can’t wait for everyone to see Dillon’s part, we really hope that he makes the DVD. Keep posted for news on The Hunt as it’s released.