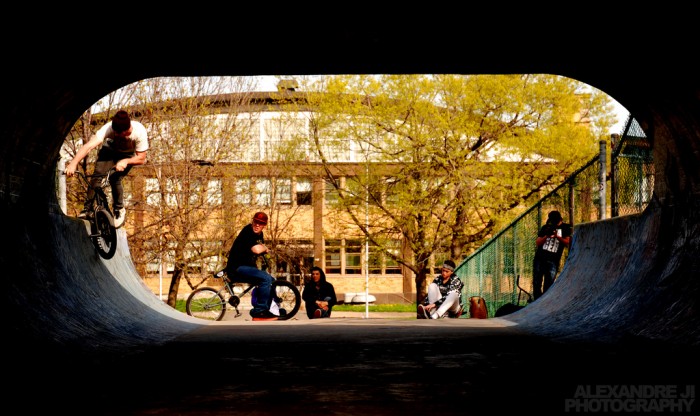 Montreal has a lot of good spots, amongst these spots lays the world famous Big-O. The Big-O mini has seen alot of shredding over the years, it only takes one carve through the mini’s tight trannies to realize how ridiculous some of the things that have been done there really are. Whether it was Van Homan’s double peg on the fence (seen his 2001 Parts section) or Dillon Lloyd’s flair in 2009, alot of good shit has been done at the Big O mini.

The Big O mini was originally built as an entrance tunnel for athletes at the 1976 Olympics and has been around since. The Pipe was threatened with destruction in the summer of 2006 by the Montreal Impact soccer team’s new stadium, however skaters who have been skating the mini for over a decade fought hard to keep it alive and it is still standing. The soccer team organization agreed to leave the pipe there so long as they could use it as a secondary entrance during games.