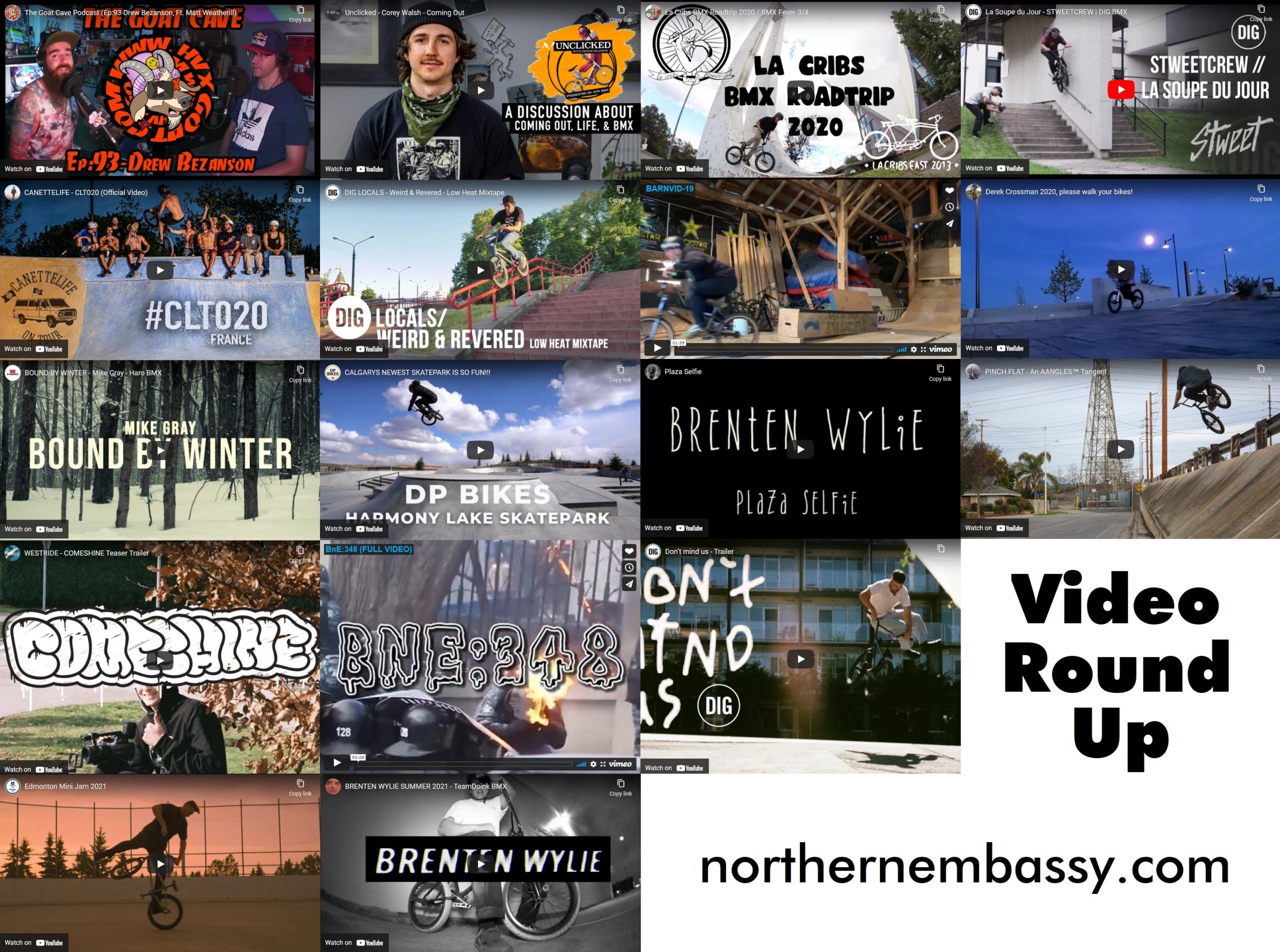 END_OF_DOCUMENT_TOKEN_TO_BE_REPLACED

Posted at 16:30h in ARCHIVE by Justin Schwanke

Posted at 09:44h in ARCHIVE by Joel Fortin

Posted at 12:02h in ARCHIVE by Jeremy Deme

Posted at 19:13h in ARCHIVE by Northern Embassy

For some time now, Drew Morton has been running Eduquette. The program really caught our attention as it aimed to teach younger riders skatepark do’s and don’ts. We’ve all been to the daycare park or scooter infested park which really puts a damper on a session, Drew has taken a different approach at educating the youth.

What is Eduquette and where was the name derived from?
I came up with the brand name by combining the words education and etiquette. I figured the words captured my approach to youth camps because the whole point is demonstrate and teach the etiquette of skatepark culture to kids. When I first started skateboarding and Bmx, I had a group of older role models who showed me the ropes and I still really look up to them, so I wanted to offer the same. However, the more I interact with little shredders, the more I tend to learn as well. The positive light hearted approach kids have keeps my attitude fresh and is really what motivates me to keep riding my bike and continue to run these camps.

How did the program/camps come to be? What motivated you to start them/ where did the idea come from?
I have always had a deep interest in education because my parents are both teachers. The year I graduated high school (2010) I moved back to Edmonton for the summer and Jared Chilko got me a job working for the city of Edmonton as a supervisor, at the castle downs skatepark. It was my first exposure to my dream job. The city paid me $16 an hour to be at a skatepark for 8 hours a day, 5 days a week. I was mainly just a presence to keep the park clean and safe, but during this time I also gained some experience teaching beginners and parents about the skatepark guidelines.

I spent 2 summers in Edmonton doing this job and then moved to Vancouver to go to university and pursue the possibility of expanding this job into something more dynamic. Luckily UBC had youth camps that included a skatepark camp and had just started the construction of their campus skatepark when I arrived. Andrew Gobbo kindly suggested for me the job and I was hired to not only supervise the UBC skatepark, but also supervise 15 kids between the ages of 6 and 14 and facilitate a camp-like program that showed the kids the ins and outs of the skatepark.

Unfortunately these camps didn’t capture many of the ideas I had for a proper Bmx camp.  UBC approached the skatepark like a soccer field, filling up the camp list with as many campers as possible and encouraging me to be at the skatepark in rain or shine, regardless of the serious risk of injury. The camps were massively overpriced for what the parents were paying for and the distribution of skill levels were uneven and frustrating. Pairing up a 6 year old who had never been to the skatepark with an 11 year old who already has 4 years of experience and a few tricks is not ideal. The camps were overcrowded and unspecific. Basically I was spread extremely thin and didn’t feel like I was giving each camper the experience they deserved (especially for the price they were paying). So, I had the idea to start my own camps: Smaller camp sizes with similar aged kids, grouped into similar skill levels. A cheaper rate and a flexible schedule that could relate more to the parents needs.

This is when I started Eduquette. I made and Instagram and website and began to offer private camps to parents at UBC who were interested. By the next summer I had gained quite a few parents who were interested in continuing the camps year round and getting a more private approach to learning. I have now had a whole spectrum of parents who are interested in what I do and this has proven to me that these camps have to be taken a little more serious then the popular approach, which is to supervise kids at a skatepark and give them tips on how to do tricks. Eduquette not only offers this, but also an approach to riding which encompasses much more then just trucks and supervision. I try to find out what sparks each campers creativity, whether it be music, filming, photography, video games, Pokemon or really anything to get them motivated on being active and passionate. It is rare that a child who is sent to a camp will come away passionate about what I am showing them unless they see that it is somewhat related to their own interests so I really try hard to relate the freedom of skateboarding and Bmx to whatever they are actually into. More kids then not show up without any real experience on a Bmx and therefore little interest in taking it seriously. By showing them a humorous approach to the skatepark while maintaining the tonality of serious risk management and safety. Ultimately I would like to turn Eduquette into a full time year round job that could eventually become a career, but I know it is only a dream for now.

How soon do you see a difference in these younger riders and their tendencies at the skatepark after they start riding with you? We both know younger riders (particularly scooter kids) do not know or have proper guidance on skatepark etiquette/ waiting their turn which can create some frustration when riding with more experienced riders.
I don’t think learning how to have etiquette at the skatepark, or anywhere for that matter, ever really ends. There is always room to improve and every spot has its own rules or expectations. Also, some kids pick it up faster then others. However, with beginners there is a crucial goal of maintaining a mentality of safety and self awareness. Usually within the first day of riding I can get kids to pick up the fact that they need to be cautious of their surroundings and aware of sharing the space with others. But what they learn in camp certainly cannot give them the full concept. We all get in the way of others every now and then, the important thing is being a defensive driver. Some older riders claim to have etiquette when really they need to calm down and realize some skateparks are meant for beginners, so it goes both ways.

Are there things you learned growing up riding at skateparks or things you wished you’d learned that you translate into your program?
Definitely. The biggest thing for me is making sure everyone is having a good time. If someone is pouting or complaining I try to remind them that the beauty of our sport is making the best out of a crumby situation. A curb may seem boring to some but entertaining to others, so it’s all about suggesting fun things they may be capable of. I try to keep them entertained by showing them that, even at a beginner level, they can get away with a lot of cool maneuvers. Apart from that, I have the goal of getting kids to look at obstacles in a creative way. Rather then suggesting the typical trick for everyone to learn I try to look at each campers skill level and come up with something they can try that is both fun and slightly challenging. As far as lessons that are directed towards etiquette at the skatepark such as sharing the skatepark, staying out of everyone’s way, having respect for elders etc. I find these lessons come with time, and are best handled circumstance to circumstance. Some kids are really level headed, immediately intimidated by the vibe of a skatepark, and would rather try kickflips or 180s in the parking lot. Others are oblivious to what’s going on and drag their mountain bike directly to the centre of the biggest bowl while 5 old dudes are shredding, and start screaming for me to try dropping into the biggest quarter… For these inexperienced campers, it can seem endless at times, but I simply explain to them the issues as they come up in a serious but friendly way. . I do this because it’s what the older guys that I respect did for me when I was growing up.

You were mentioning that there’s alot of videos/ social media for/from the Eduquette dudes, whatsup with that?
The social media aspect of Eduquette is definitely one of the funnest parts for me. I have always filmed my friends that I ride with so filming the camps and making little edits of each week came pretty naturally. After the first year at UBC was over, I made an edit that compiled all of the footage, and gave it to each kid on an external hard drive. This is what started Eduquette. You can check out that first compilation here: https://www.youtube.com/watch?v=fYr0AXSBQ8k The second summer UBC told me I had to stop filming because of privacy issues so I started only doing it on my own time. I could see that filming the kids was one of the most beneficial parts of the camp because the parents could see what their kid was doing and of course the kids were so stoked to see footage of themselves and friends. With all of the footage I was getting I decided to start the Instagram @eduquettecrew and website www.eduquette.ca. Soon the campers started being interested in filming and editing their own videos with whatever cameras they had access too which was usually iphones, so I started to offer the ones who were killing it the password to the account. Now its full of videos they have made on their own time. I find this to be the ultimate goal of my camps: to get kids passionate enough about BMX that they go home and pursue it on their own after their camp is over, so when they grasp this I find it really rewarding. You can check out all the videos they have made for youtube on the website but here is the most recent one Ben Hopper made of him and a friend travelling to Saltspring and filming themselves and some locals killing it.
https://www.youtube.com/watch?v=Y1KOevcYPTk 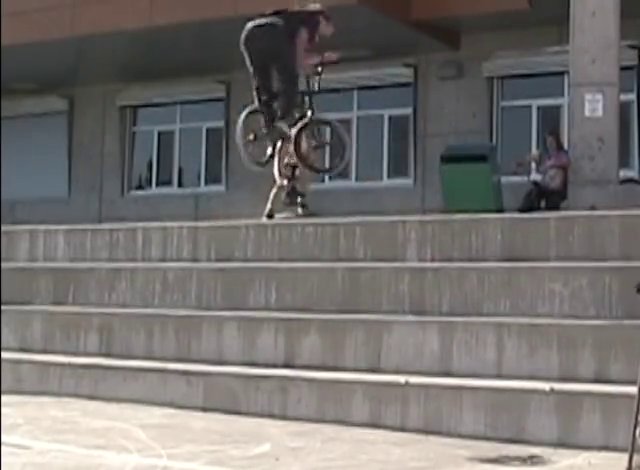 Posted at 18:37h in ARCHIVE by Jeremy Deme

Nathan (and a lot of other people) is probz gonna be pissed off about his song… but controversy is best publicity ^_^
FOR REAL THO NATHANS PART GOES HARRRRRRRD ;)” – James Dean 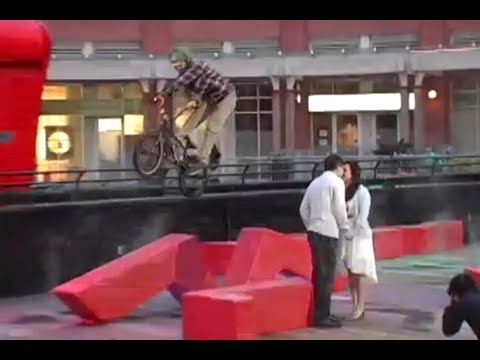 Filmed and edited by James Dean, check out Worlddeece.com 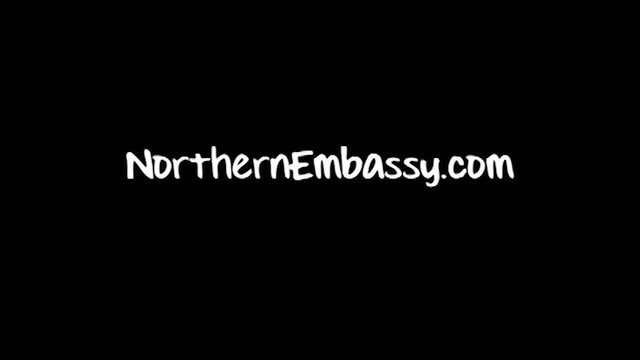 Posted at 07:29h in ARCHIVE by Jeremy Deme

Kerr Bilsland hooked up another beauty, apparently he caught a 4:00am ferry to get on this trip. Gotta do what you gotta do to make a good road trip happen. Featuring Drew Morton, James Dean, Thomas Arden, Kerr Bilsland, and friends along the way. Filmed by Kerr and Drew. 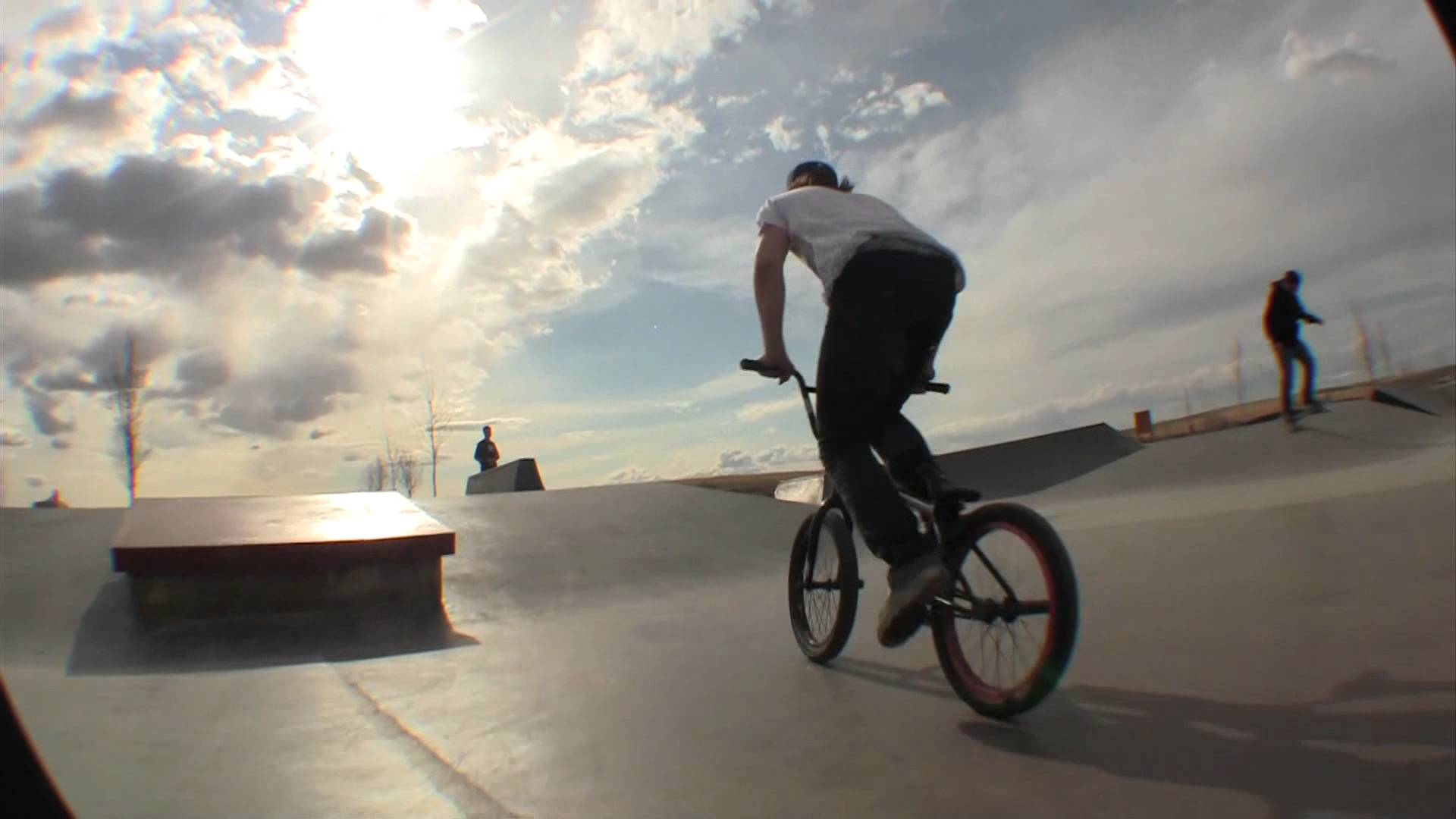 Posted at 23:45h in ARCHIVE by Jeremy Deme


Drew Morton sent through this dope edit of him shredding in Vancouver and Calgary/Airdie, AB. Click that HD button, Drew shreds, stoked on this!