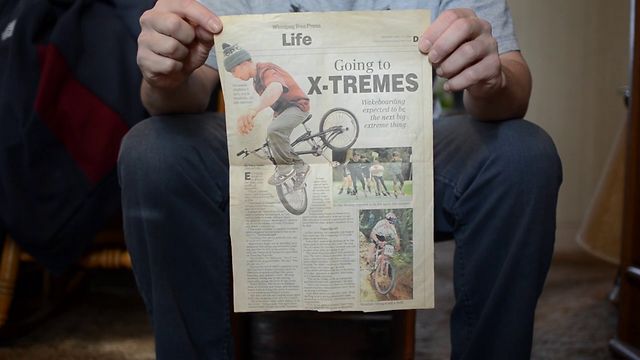 Posted at 06:36h in ARCHIVE by Prashant Gopal

Terry Proveda has been telling me about this short documentary he has been working on for a while on Winnipeg flatland veteran Bill Borys. He just finished it and sent it over to me, and after one watch I’d have to say it’s a very compelling and powerful piece on the obsessive nature and sacrifice some people (i.e. bike riders) can make in their lives. Billy has devoted nearly 20 years of his life in the pursuit of flatland, and it has taken him from highs to lows. I’ll leave you with what he wrote and ask you to give it a watch and form your own opinion.

“At only 14 years of age Billy Borys left home and began a quest to become one of the best flatland BMX riders in the world. After a few years of riding, he got sponsored by one of the biggest BMX companies at the time, started entering pro class at competitions, and moved to the states to pursue his dream. ‘Going to X-tremes’ gives a glimpse into Billy’s life; from growing up with nothing to being on top of the world living his dream- and then having everything stripped away from him again. But one thing that will never be lost is his passion for riding. It doesn’t matter to Billy if he has a bed to sleep on or not, all that matters is that he can ride his bike.”