The Lewis and Clark Highway, Route 12, the legendary road to Sturgis. This is not the most efficient route to Montana, but it’s a hell of a drive. Taking this route adds three hours, but it crosses through Yakima and Lewiston, which are both really fun parks. Lewiston is on a mellow part of the Snake River, which makes for awesome swimming beside the skatepark. 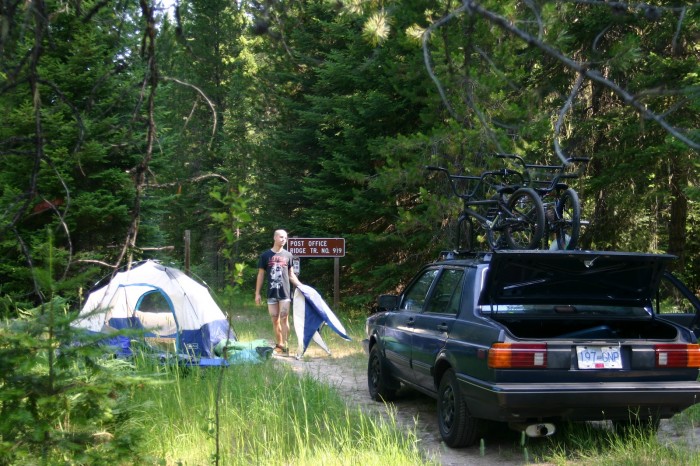 We were up and on the road early the next morning, we cruised across the bridges and thru the foggy ports of Seattle we were headed east and Yakima bound.  This was our first real chance to test out our vehicles of choice for the trip. We had three vehicles, Aaron in his 2011 subaru momback with David and Andrew, Slade and Ty in his sagged and bagged slightly modified 86′ VW Jetta, and myself with big kid Kurt and Hango in my 87 4speed VW fox.  Thru the winding 80mph highways the cars were flying.  90mph in a 25Yr old $800 car is fast enough for me and in what seemed like no time we rolled into Yakima faster then planned.  The park was massive, complete with brick street section and a oil slic like speed bowl. 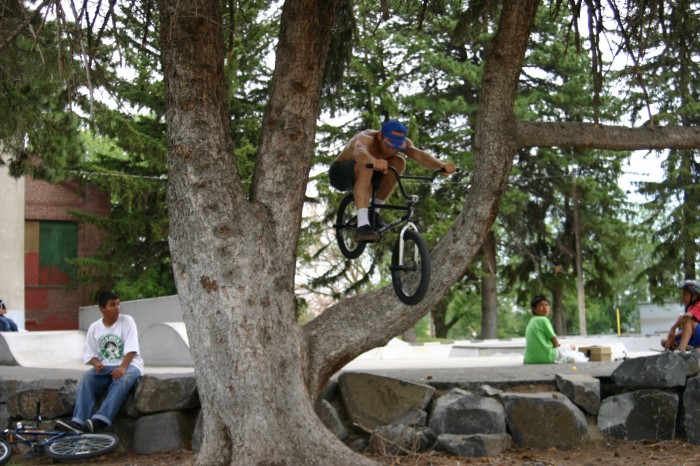 Due to the lack of rain the whole park had a skiff of dust on it. I found this out on my first run when my tire washed out carving a corner and I got sent o.t.b into the deep end.  Time for beer, with the local everything store right across the street and beer being so cheap I went for my first of many beer runs.  That was a common routine on the trip for me, carve a bowl, get tossed, have a beer, try again.  I could go on forever about all the good things that went down at this park. Both Hango and Andrew were blasting the box jump in the middle of the bowl.  David set out on his first flair attempt of the trip; I remember looking over and seeing him six feet out, upside down, and without his bike.  David Clay is a wild, wild man. 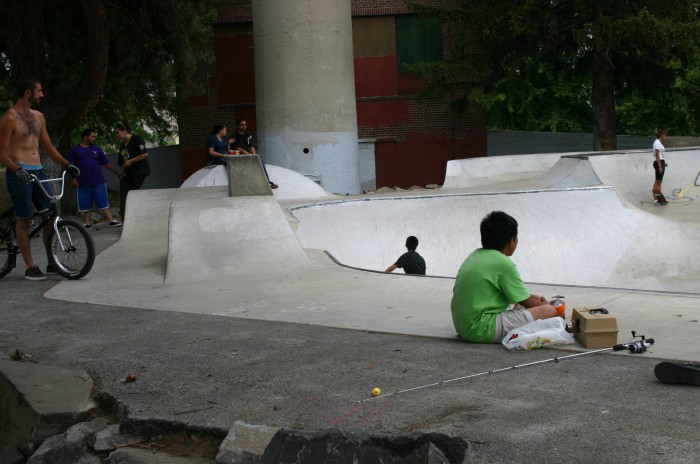 I asked one of the younger kids what and where he was fishing, he was quick to tell me he was fishing in the river for “bash” and that he thinks the bowl should be filled with water and stocked with “bash”.  After my bail I was a little too rattled to ride and let the locals ride my bike around, I hope someone has a clip of the little bash kid boosting a flyout..  Quick mandatory check of all the fluids on the classics and we were off for the last stretch of Washington through some of the most scenic country I’ve seen.  Idaho is just over the Snake River, and a little ways down stream is the “Mountain Dew Extreme Park”.  With even more dust then Yakima it was definitely extreme, on a few occasions I remember looking over to see someone, usually Slade, washing out and bodysliding up or down a transition.  Despite the death dust Hango devoured the bowl, and all with that effortless, nearly lazy style.  He was the hero of the park for sure.  Kurt checked off yet another ridiculous downside peg chink on the huge vert wall. Feeling good he bombed down his biggest rail yet right outside the park while we all swam and drank in the river. 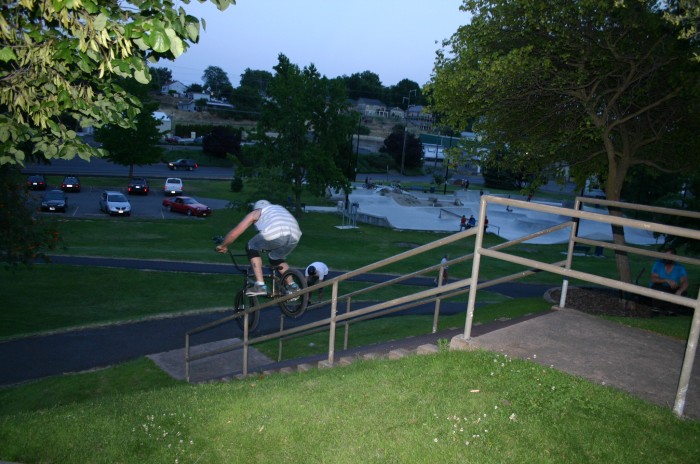 Kurt with the first (and only) big rail of the trip. Photo: Ridgeway

We drove back over the river to the only open restaurant, an American/Chinese restaurant.  We had phones and cameras hanging from the outlets near the roof, it was a wifi party in there. 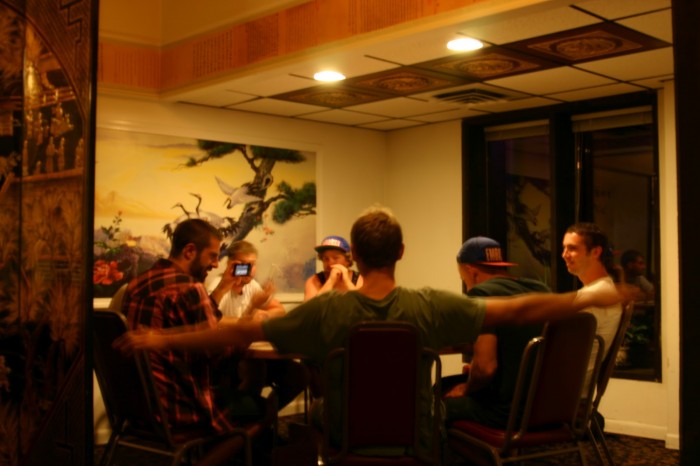 With another fuel up it was now midnight and we were driving somewhere east, the rough plan was to camp along the way, then drive the rest of the way to Missula in the morning. An hour or so into the drive the other guys pulled into a state camp site, I was feeling good after coming straight off a graveyard shift at work so I was fine to drive thru the night.  We grabbed our front wheel and a few road pops and planned to meet up in Missula sometime in the morning.  Hango and I ripped along the winding highway while the monster slept in the back seat. We eventually pulled over and set up camp down a little side road for the night.

MISSOULA – SEATTLE – BACK TO CONTENTS