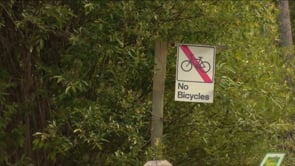 Posted at 13:47h in archive by Aaron Gates

Posted at 15:36h in archive by Joel Fortin

Justin sent through this rad mixtape he pieced together with some leftover footage from their Vagabond Squad DVD.

Posted at 15:33h in archive by Joel Fortin

Part one of Them’s three part series features Matt Perrin making great use of every spot thrown at him.
Keep your eyes peeled for part two dropping 12/13/2019 on Them’s youtube channel.

“Matt Perrin smashin’ & grindin’ his pegs, pedals, and BB all over the place to open our three part web series, ONE OF THEM.” – THEM

Posted at 13:39h in archive by Landon Barnes
Read More

Posted at 13:36h in archive by Justin Schwanke

Kelvington‘s best [and only] bicycle stunt performer is here to deliver new video content for your entertainment needs. This time around, Brodie Gwilliam carves, airs, skids, and grinds his way through his indoor ramp set-up. Maximum traction. Maximum control.

Posted at 17:06h in archive by Justin Schwanke

Saskatchewan’s favorite freecoaster wizard, Braden Beck is back at it with another new video for MacNeil Bikes. We’ve come to expect insanely technical fakie and grind combos from Braden and this video has no shortage of that. With some fresh UK footage and a handful of brake clips for extra spice, this is a great watch beginning to end.

Posted at 09:55h in archive by Joel Fortin

Shaun Harrison just sent through this rad mixtape that him and his crew have been working on for a minute now.

“Spent 2 years Filming this, Did what we could with shitty weather and limited Spots.More to come Next year and do some more trips elsewhere, hope everyone enjoys the video. also Keep an eye out on shauns next Jam. April, 20th.”

Posted at 09:51h in archive by Joel Fortin

Our dude Landon Barnes just uploaded his newest full-length video and it’s really sick.
Tons of good stuff in this, check it out.

Posted at 01:13h in archive by Justin Schwanke

Chad Ferch tears up the west coast streets in this new video for MacNeil BMX. This might take the cake for the most diverse music in a 4-minute BMX video. Onomatopoeia fans will rejoice at song #1. Onomatopoeia haters will be relieved once song #2 kicks in. Beep beep beep beep.