Posted at 18:09h in ARCHIVE by Joel Fortin

Braden dropped this a few weeks back but we didn’t get to post it up, so here it is! Straight from Saskatchewan, there’s some really tech ledge combos and crazy manual lines in this. Filmed by Kelly Bragg.

Posted at 17:59h in ARCHIVE by Joel Fortin

Colton and his crew from the Halifax area put this awesome piece together with all of their footage from 2017.

Posted at 22:23h in ARCHIVE by Joel Fortin

Ian Peters sent through this awesome video that him and his crew have been working on for last couple summers. Tons of fire clips in this so give it a watch!

“PERCEPTION is a bmx video filmed in Southern Manitoba, Winnipeg & Vancouver over the course of two years. It involved over 10,000 kilometres of travelling and the hard work of many individuals with the same vision in mind. Many memories were made and many battles were won and lost along the way and what you see here is the end result. Thanks to everyone that helped out and made this a reality.”

Posted at 11:08h in ARCHIVE by Joel Fortin

Posted at 14:26h in ARCHIVE by Joel Fortin

WOW! Canadian bmx is on fire today, here’s a wild one of Dillon Lloyd for We The People. Some heavy moves in here, that first clip seriously blew my mind. Dillon is a G.

Posted at 12:26h in ARCHIVE by Joel Fortin

Maaaan what a treat on this fine Friday, the great people over at The Buster Collective just dropped this piece of biking art. If you’re not familiar with J-Lenny’s work, get acquainted. Mason Gray, Matt Comeau,  Jack Leonard, Ian Fleming, Owen Gray, Mitch Oudshoorn and Andrew Phillips.

Posted at 10:46h in ARCHIVE by Joel Fortin

The homie Antoine Beaulieu has been stacking some footage for the last couple summers and put it together in this awesome new edit. Those Florida clips got me missing warm weather baaad.

Posted at 21:53h in ARCHIVE by Joel Fortin

Cam Galbraith and the HVXGOAT crew from the Kitchener area just sent through this awesome trailer for their new full length “SPACEGOATS”. Looks like there’s gonna be some fire in this so keep your eyes peeled for the full video coming soon! 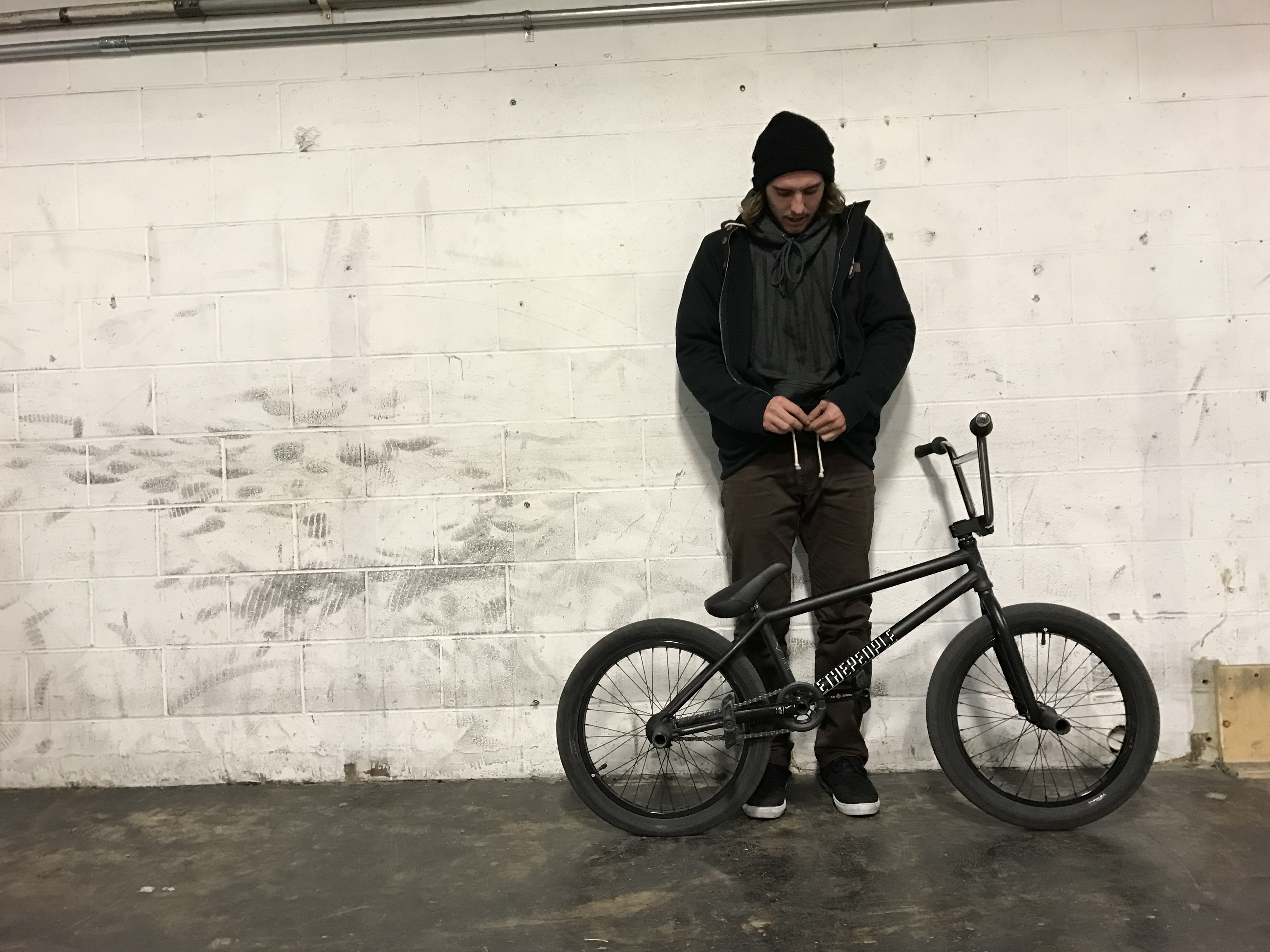 Posted at 10:11h in ARCHIVE by Joel Fortin 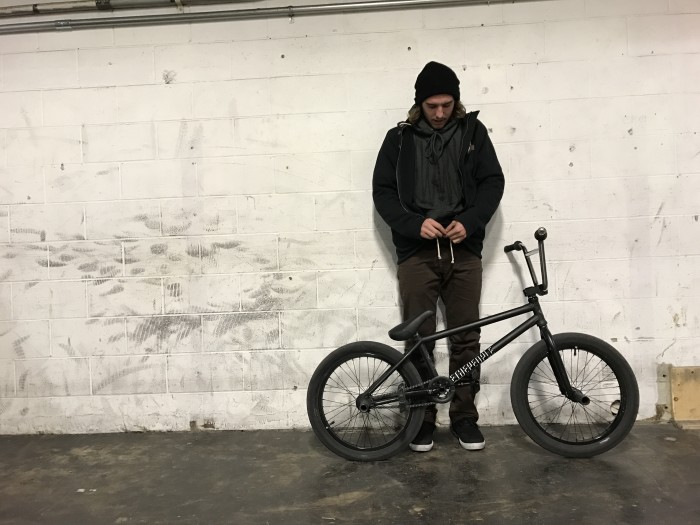 Now this is just a theory that I have, but I believe that BMX is a pretty leveled playing field. I mean, basically anyone who bikes has a chance of going somewhere with it if they want . It’s pretty amazing. The cost is relatively low, you don’t need expensive classes and you don’t need a fancy field or arena to practice. I think that’s one of the things that I love about it the most. Consider all the big names that have come out of small towns that you’ve never heard of. It doesn’t matter if you live in San Diego California, or Woodstock ON, if you work at it enough, you’ll get noticed.

I was super interested in interviewing Dean for a few reasons. First, to me he really epitomizes that idea. He’s a young dude from a random town in southwestern Ontario, but he’s quickly getting on everyone’s radar for doing some of the most futuristic tech tricks on a bike. And second, I realized that regardless of the fact that I’ve known Dean for two years now, I didn’t really know much about him. So read on and learn more about the Silverback Gorilla himself.

What’s your Name, age and where you from?

How old were you when you first started riding? And do you remember what got you into it originally?

Dean– Had to be at least 10 when I first started pedaling around but probably 15 when I started stunting, I got a props DVD with a flick trick and picked it up shortly after

You clearly kill it on street setups, rails etc, but did you always gravitate towards street, or did you have phases of ramp riding or anything else?

Dean– Was always out in the skreets

It seems that ever since I first started seeing your footage you were doing ridiculous tech stuff, but you only just recently started to get some attention. (Radio and OGC at first) how did that come about?

Dean– I got on OGC and Radio in November of 2015 and when I was told it I had no idea about it and was obviously stoked but apparently it was talked about a while before it was brought up too me about being on the team.

Following that news, you’ve now migrated over to the WeThePeople squad, that must feel pretty crazy. How did that transition happen?

Dean– Well I was at work the one day when Jeremy (Deme) gave me a text saying “we need to have a talk” and I wasn’t sure what it was about so I was literally dying to know, after a couple questions and a little talk I got asked if I want to be on WeThePeople and I was in shock because of that question and could not be more hyped to be on this team #20yearsdeep

We’re now mid February and outside biking is still a little ways away, what have you been doing to cope with the terrible Canadian weather?

Dean– I’ve been super blessed to have Joyride150 about an hour away from me so I’m always staying in the BMX mode by heading there almost every weekend.

I know you’ve been on a few trips this past year with some of the OGC dudes, what are some spots or places that you’ve been that stand out as your favourite?

Dean– Uhh Montreal for real, that place is like a skatepark and beer is cheap

What are some dream destinations that you’d like to visit one day?

I’ve seen you wearing a helmet quite a few times while in the streets, is that something that you try to stick with?

Cliche interview question- but who are some of your favorite riders right now?

Dean– Demarcus Paul all day, with a little Broc Raiford mixed in there as well. And Alex Donnachie to.

Dang heavy line up. Ok so I’ve got a submission questions from an anonymous source, we’ll just call him “JD”, hopefully that doesn’t give it away-

JD- Why are you so into insta?

JD- Do you watch insta vids to get hyped to go ride? And what do you prefer, Plazas vs street?

Dean– Jack daniels? Of course he would ask those questions

Street, but I’ll always have a soft spot for a killer plaza

Are there any tricks that stick out to you that you’ve struggled with? Also, how do you approach a pegs over hard to backwards crook?? That trick makes no sense.

Dean– Well I don’t do anything that involves talking my hands off (bars, tucks with the exception of t bogs) uhh switch whips hate me and my crankarm game isn’t the strongest

Devon smillie – the come up video

I can’t really pick out a favourite

Things to do besides riding

Any specific plans for the spring that you can share?

Well I think that’s it dude I’m out of questions haha, thanks for doing this! Any shout-outs?

Dean- Big shout out to Jeremy Deme for all he does, WeThePeople for holding it down and supporting me, and The Boiler Room for keeping the kit nice and sturdy, and Migos.