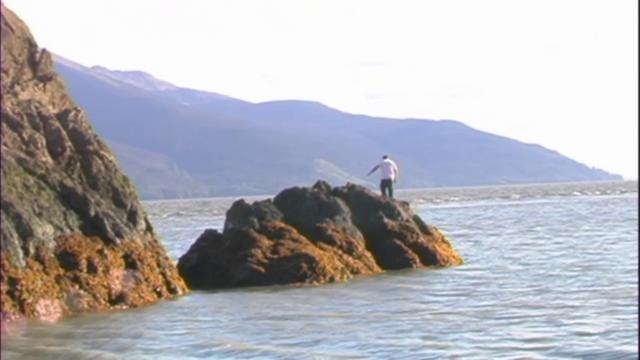 The Hinterland from Least Most on Vimeo. It's February, and most of us have been buried by snow or have battled grey skies and rain for months. At this point, with spring just around the corner, I wanted to share this video that a few friends and I made years...

Ten years ago today, the Okanagan scene lost one of its prominent figures. Chris Cayford was the BMX guy at the local bike shop and was well known for putting on the Winfield bowl jams. He rode everything, including flatland, and brought the Whitehorse tradition of shoveling skateparks in the... 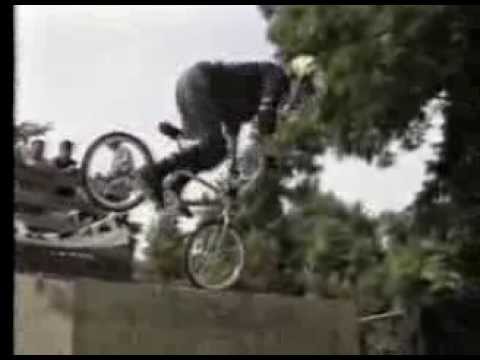 Joe Prisel - hip table With the demise of the Igloo and the closing of Skatebarn in Washington, the Northwest has been left with a shortage of indoor parks for more than a year. Rainy street sessions and, maybe more commonly, snowboarding have been the norm. This situation is about to... 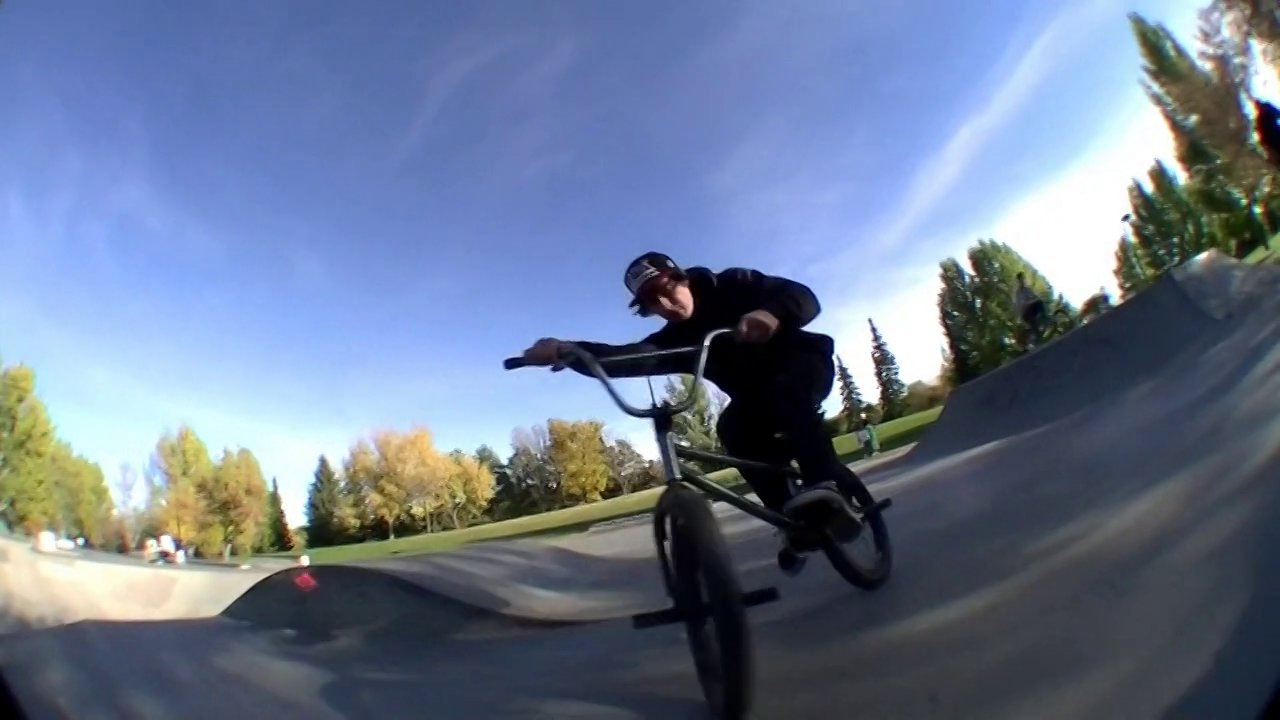 This is incredible. Filmed by Kelly Bragg (HT Pat Dudar via bmxboard).... 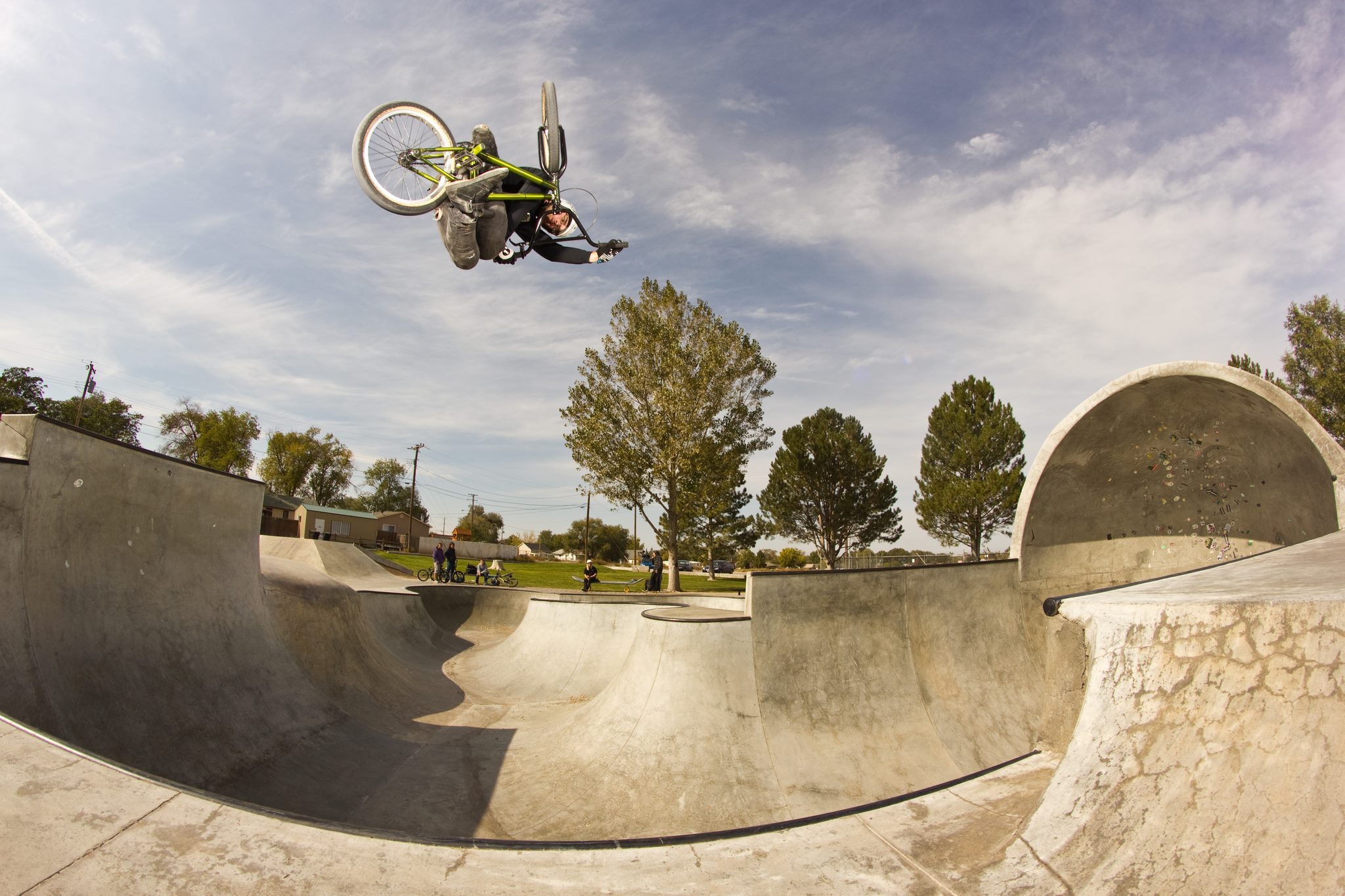 Invert in Idaho All photos by Tony Archibeque Jr. There is one trick in BMX that will gain anyone instant respect. The tabletop. James Van de Kamp can snap them with the best. On his recent trip to Texas Toast with Tony Archibeque Jr., I tasked him with shooting the greatest tabletop of all time. Hyperbole aside, they came back with a bunch of great shots.
04 November, 2013 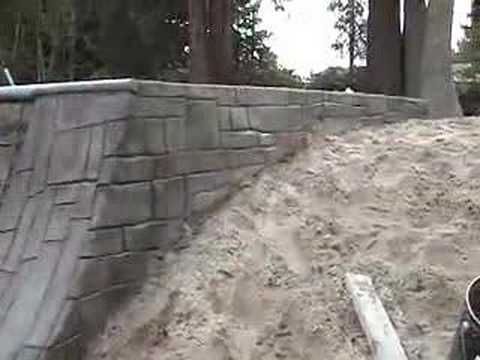 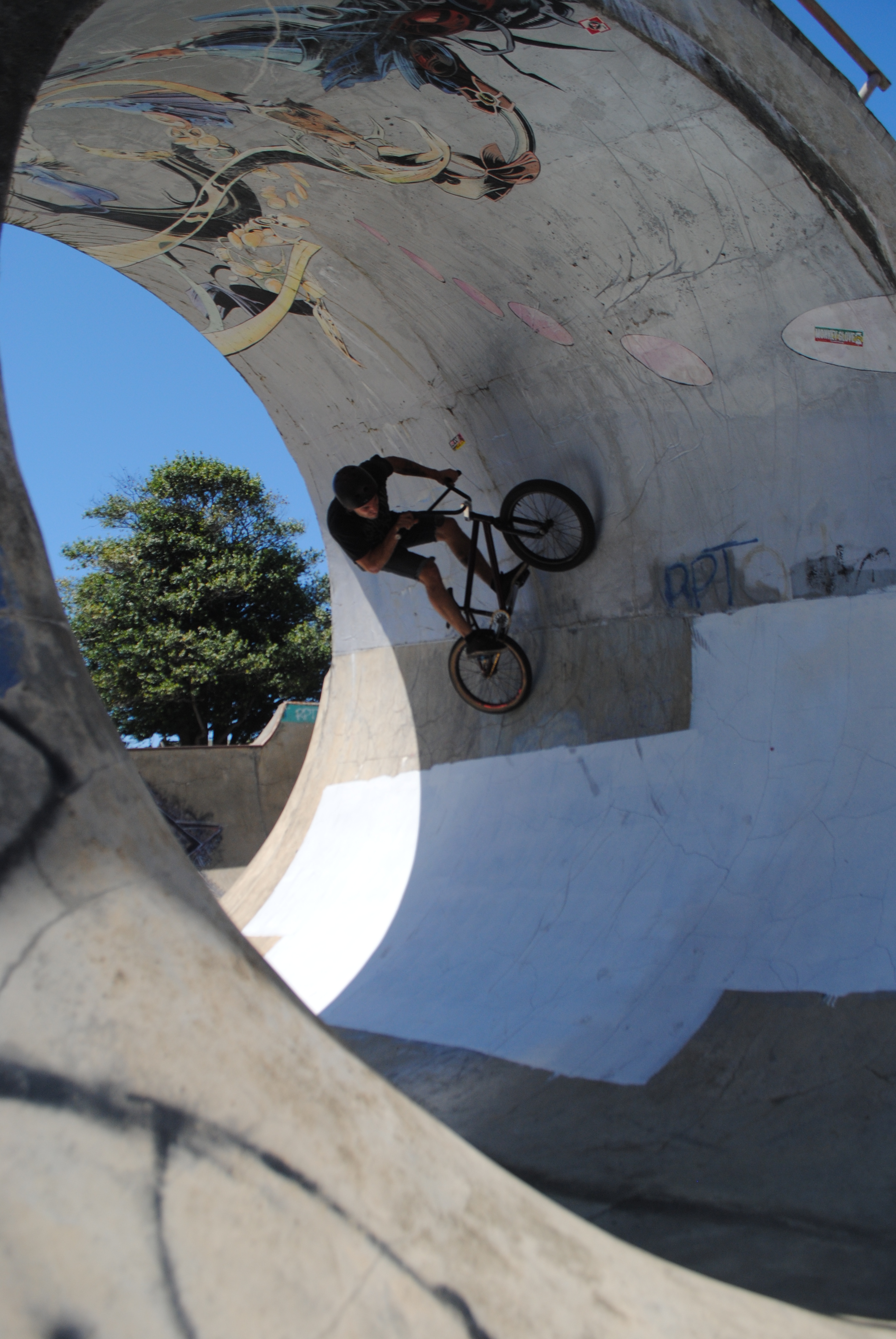 Mat Ridgeway - powerslide in the funnel Airspeed Skateparks was one of the companies that helped bring us into the modern era of skatepark design. While Grindline and Dreamland were carefully constructing some of the most well known advances in this area, Airspeed was building obscure and outlandish parks in rural Oregon. Although the other two builders were doing exciting things and building parks that flowed well and worked for the majority of skateboarders, Airspeed focused on building obstacles that nobody had ever seen before, often on their own dime and sometimes without the city planners' knowledge. Although most of the guys on the trip didn't know it, this trip through Oregon was mostly designed as a pilgrimmage to Geth Noble and Stephanie Mohler's three biggest masterpieces. Airspeed was birthed out of the Golden Triangle - Medford, Ashland, and Talent, which represented a giant leap for Oregon skateparks. Oregon's now established skatepark builders were once just a bunch of skaters with a passion for building parks, many volunteering to gain experience. Airspeed's parks have been both lauded and criticized, and both sides of the coin have merit. They built things that nobody had ever seen or imagined, but the parks were often centered around those features with less thought and effort spent on other areas. The "street" obstacles at most of these parks are pretty laughable, and the transitions outside of the main bowl at Reedsport are very strange. Faults aside, Airspeed makes my favorite parks.
30 October, 2013 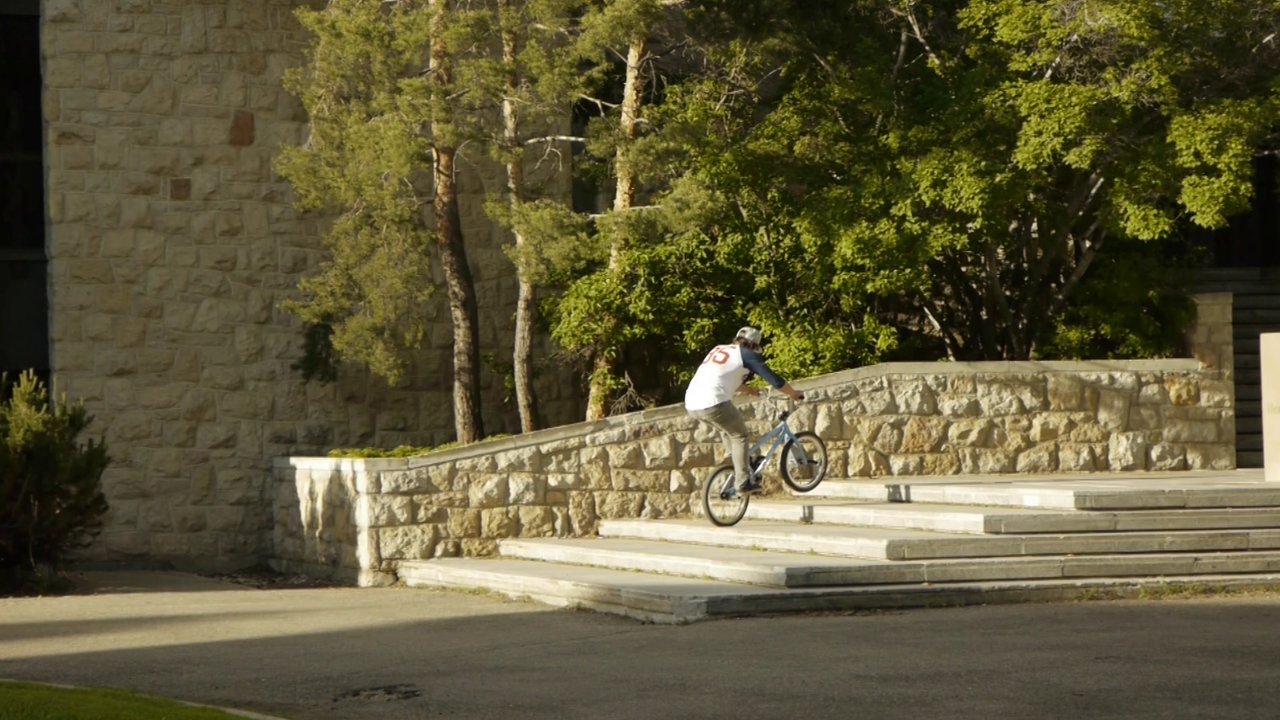 The best section in Let's Get Fistical? I think so. Braden Beck freecoasts the heck out of this part.... 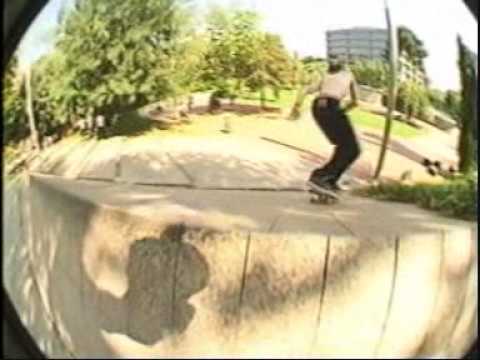 Photo: Judah Oakes Growing up, I knew Mike McKinlay as the skater that all of my friends looked up to. Mike and his brother Sam ran a local skate shop and had sections in videos next to Ryan Smith. Outside of the things we knew him for, Mike also had a...

02 October, 2013
The Northern Embassy is the best source for exclusive BMX videos, photos, and interviews from coast-to-coast.