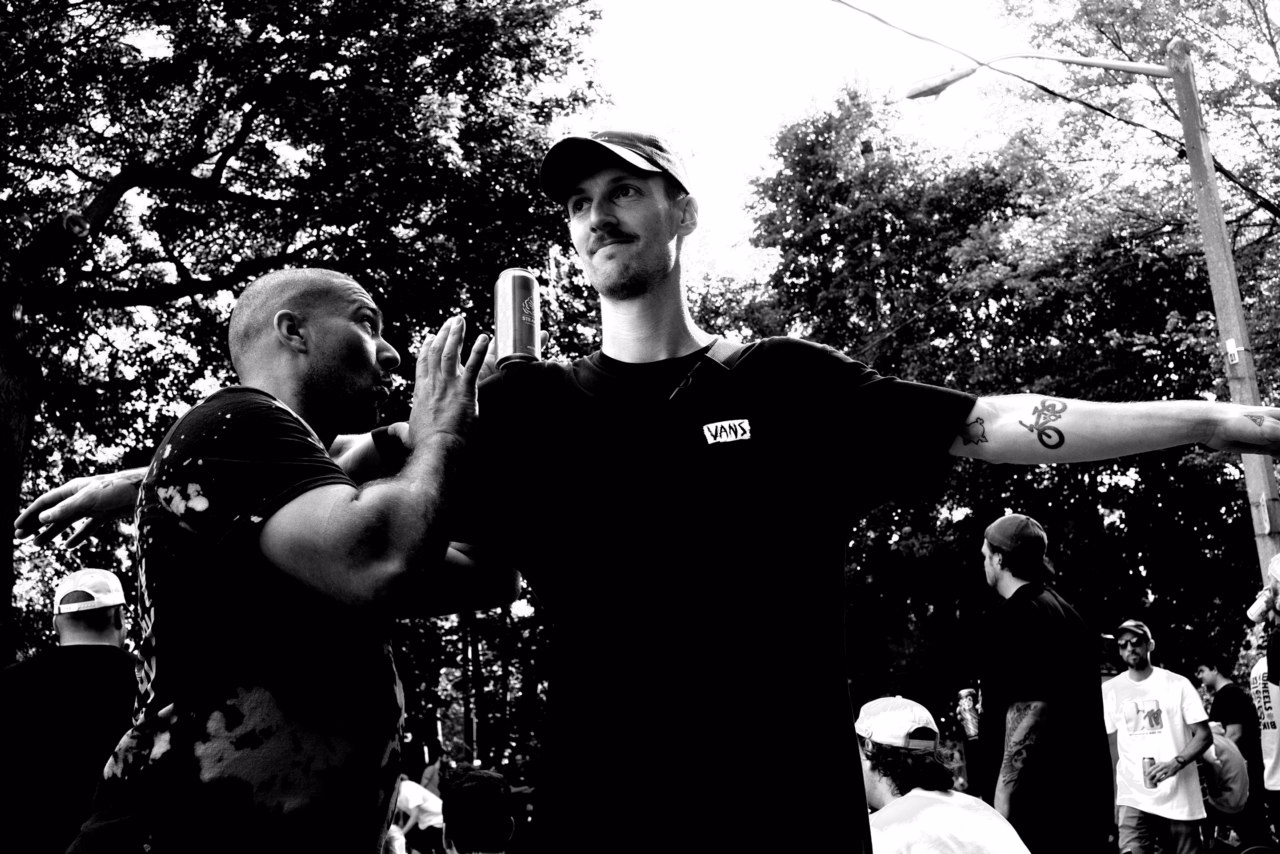 Harrison at the Prime Minister Of The Streets Jam. Photo – Landon Barnes

Citadel was an east coast brand that came to my attention around the time we were busy with Crimson, so naturally I paid attention. They had a loyal following, and even hooked a NYC street legend up at one point. Harrison and I never got a chance to connect back then, but I was very curious to learn about his brand. Without further ado, here’s Harrison Forward and his Citadel interview as part of our ongoing series on the history of Canadian BMX companies.

Thanks for taking the time for this! What was the “eureka” moment or the spark that started it all for Citadel?

I was working at a shop back in Halifax, Nova Scotia called Sportwheels. I was running the BMX department and one of my bosses mentioned the idea of contributing my ideas to a small in-house brand to sell at the shop. He already had experience dealing with overseas suppliers. Of course I immediately jumped at the opportunity when he asked for my help. I’ve always been a geo/spec nerd so I had a lot of ideas at the ready. 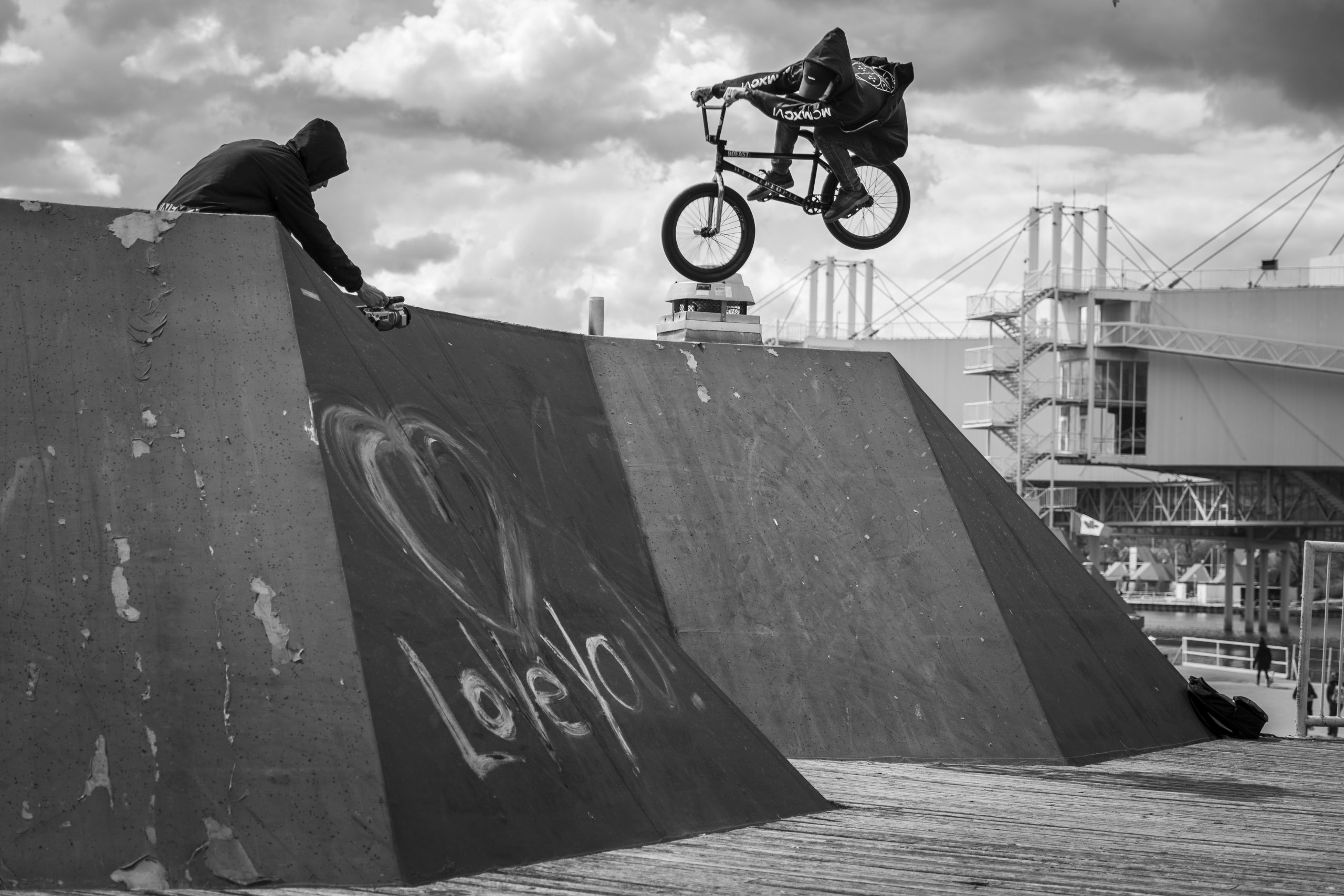 We started with soft goods like most do, but I wouldn’t call that a product. The first actual product release was the handlebars. They were amazing, made by Chris Moeller (S&M for those living under a rock) in the USA. The specs and tubing were very unique and nearly indestructible. Even now, I have a handful of friends still riding those things. I’ve only got 1 left for myself. If anyone’s got some they can spare, HMU! Aside from those, I did a small batch of prototype steel pegs and a couple of stems. Those I literally designed with paper/pencil and inspiration from a handful of my favorite stems from over the years.  Unfortunately, they didn’t make it past the prototype phase due to batch size and pricing. I don’t have either one anymore, but they’re out there somewhere. 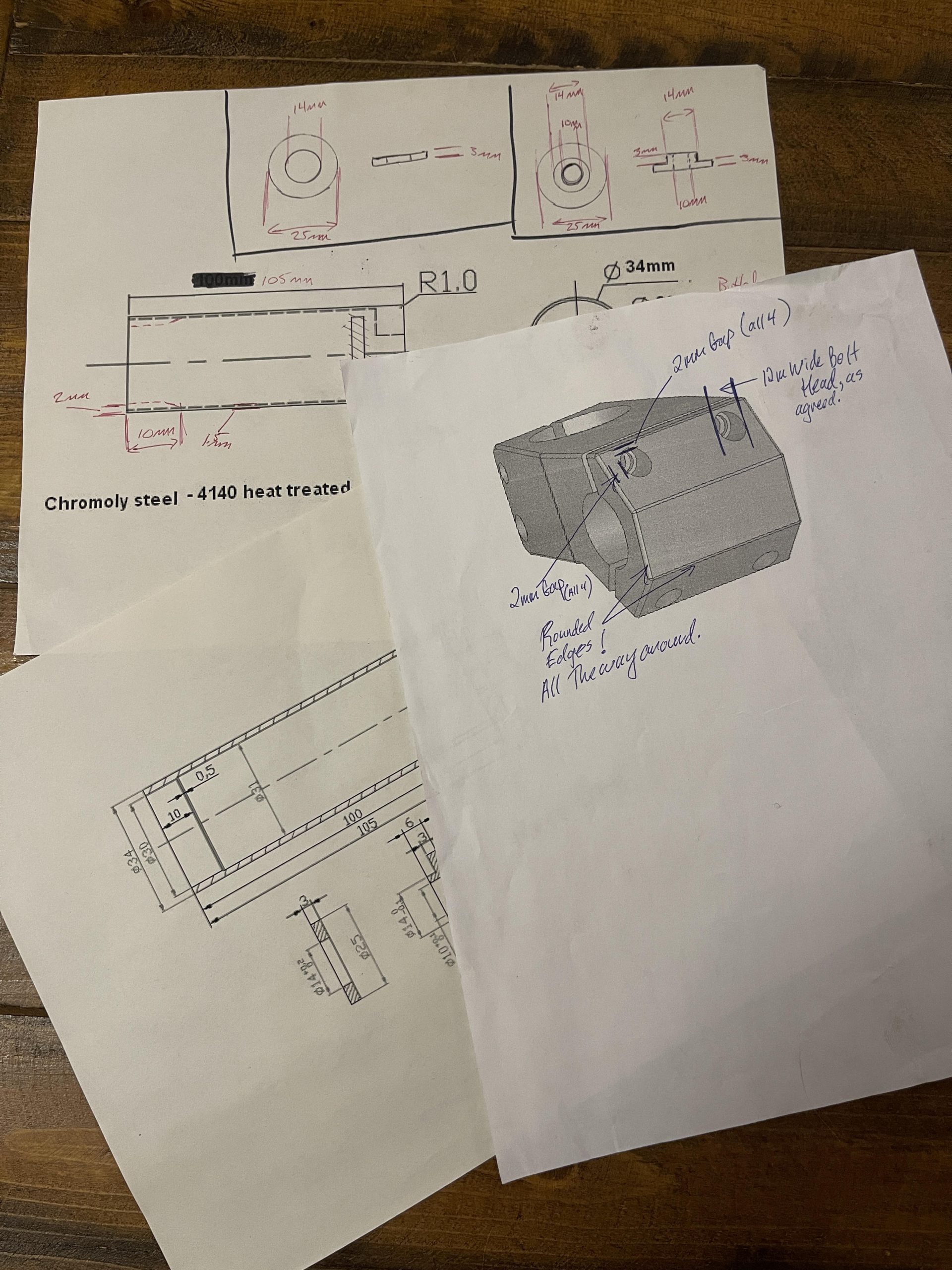 Where did the sample prototype stems get made? Were you in contact with Taiwan, or was that local?

The stems were made in China. It was all done through email and the manufacturers’ websites. I had someone local actually make my CAD drawing for the stems to get everything right. I forget his name and how that came about, but thanks dude!

Can you share some specifics about the bars and their unique features? What was the geometry you went with? 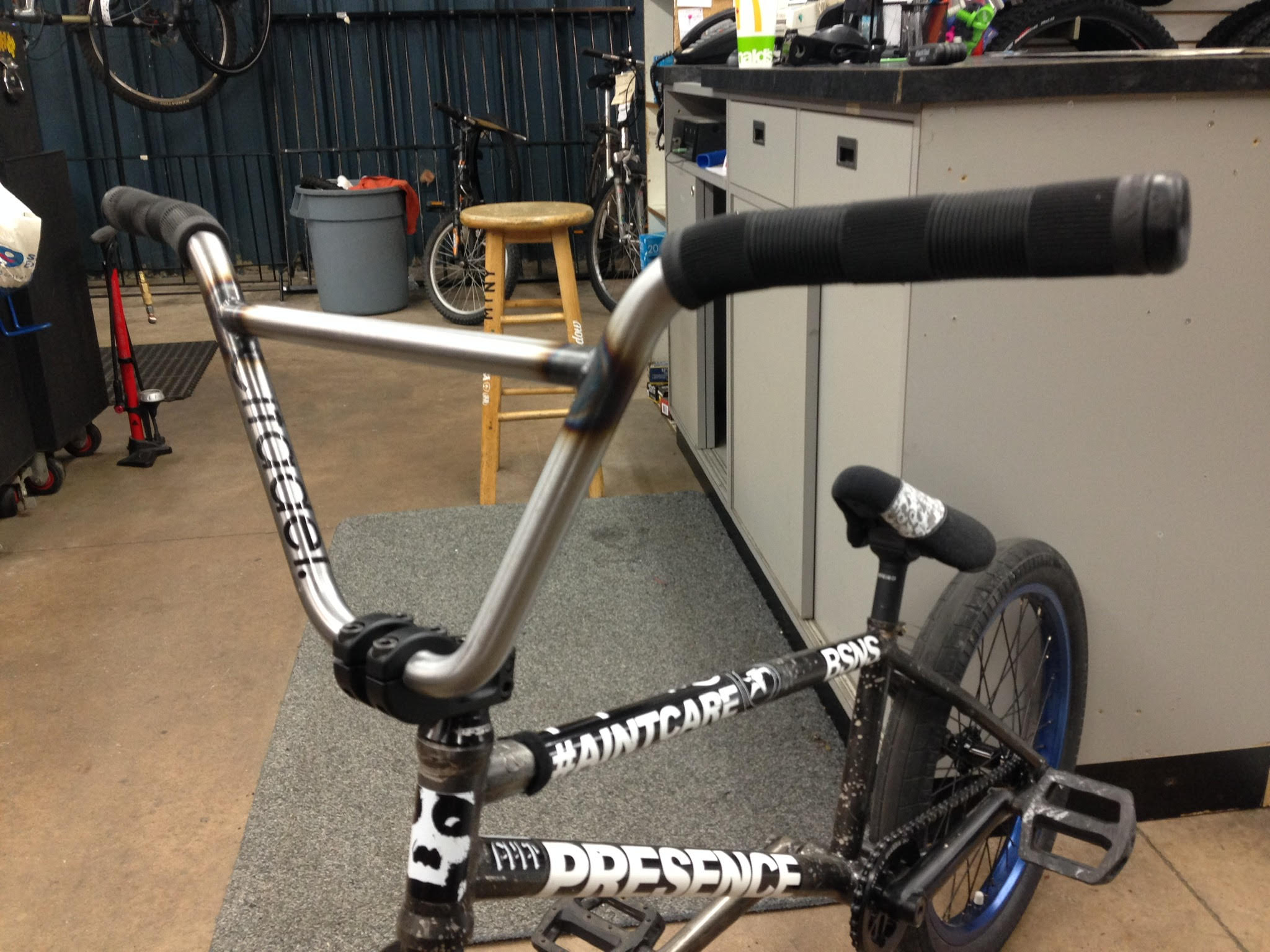 When would you say the brand was at its peak? What signified that peak to you?

The “peak” would be around the handlebar release I guess. Working at the shop, building our own skatepark out back, and running BMX nights/ jams definitely fueled the brand. That shit gets exhausting though, which led to the decline from that small peak. Haha.

Can you elaborate on the skatepark? What was it called? How long did it last?

It didn’t really have a name. I built a ton of wooden movable ramps. Everything was 4’ high with handles. I bolted a handful of 3/4 sheets to a shipping container for a wallride. With a couple guys we could make just about any set-up we wanted. I think the ramps stuck around for at least a year or two after I left. Not sure what happened after though; I’m pretty sure the ramps are long gone.

What were some of the challenges to manufacturing in Canada? Any people/companies that made it easy/hard to keep your company going?

We didn’t do any manufacturing in Canada unfortunately. It wasn’t that we didn’t want to support local manufacturers, but having an already reputable company like S&M backing our product was a huge plus. Being a rider myself, I knew they’d be good. As for the overseas stuff, I would seek out the factories that produced the big brands’ CNC products by fishing through samples and drawings. As a big parts nerd, it was easy to recognize discontinued patents from familiar brands. 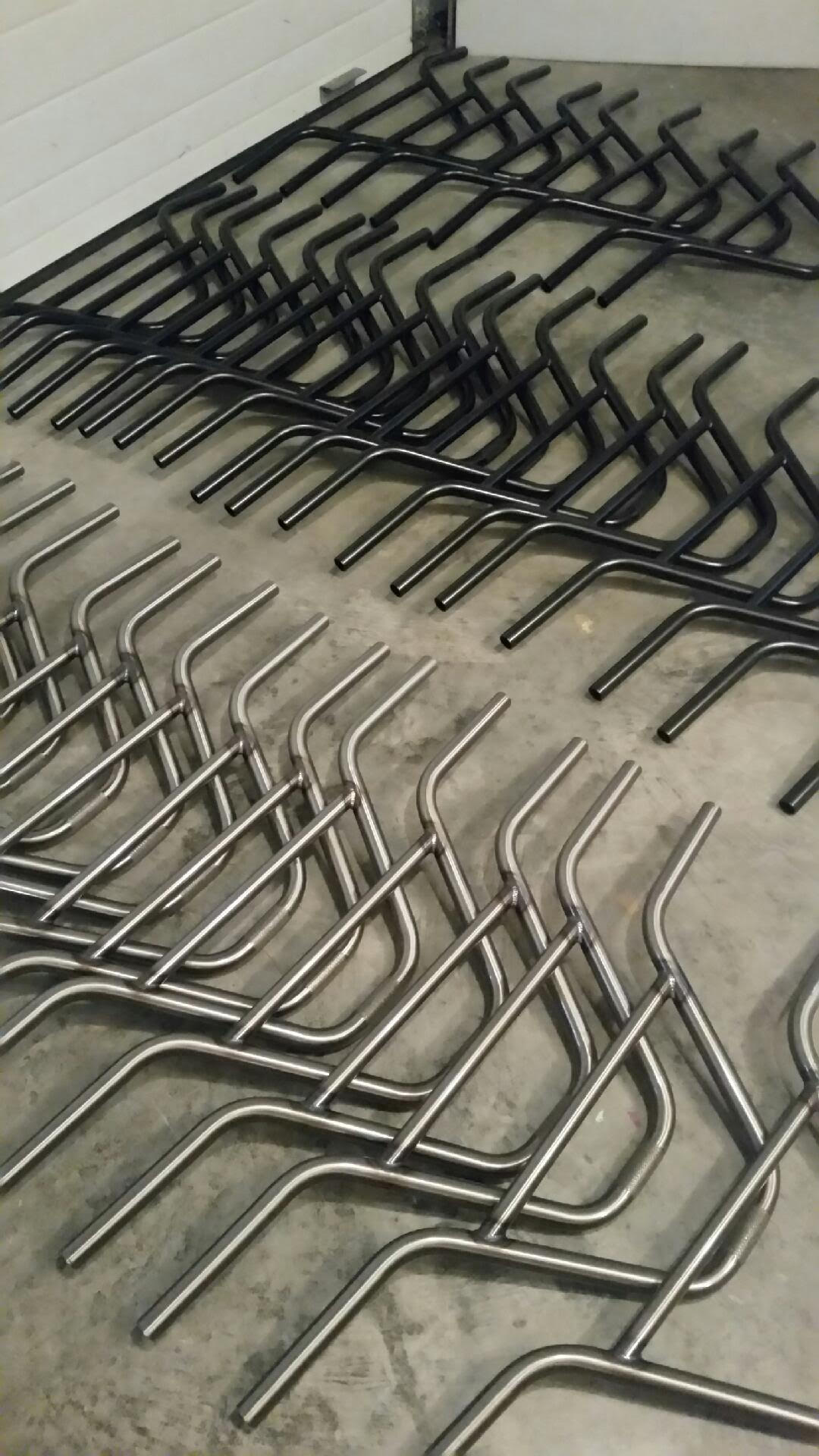 A shipment of Coast bars sits ready for packaging and delivery to customers.

At what point did the motivation to keep the dream alive start to dwindle? What was the straw that broke the camel’s back? Is there a chance for a Citadel comeback in the future?

I pretty much stopped working on new stuff when I left Sportwheels. Working full-time plus building and supervising jams and events after work got a bit draining and honestly felt kind of cheesy. I took another mechanic job that paid me the same and got back to just riding for no reason. I did a few small video projects and continued to push Citadel, but stopped putting more back into it. I never really decided to officially call it quits on Citadel, but ended up packing my car and taking off to Toronto for a job and scenery change. It just wasn’t reasonable to invest any more of my time and money into it at that point. There may be a future, who knows. I think it also would need a fresh start though. 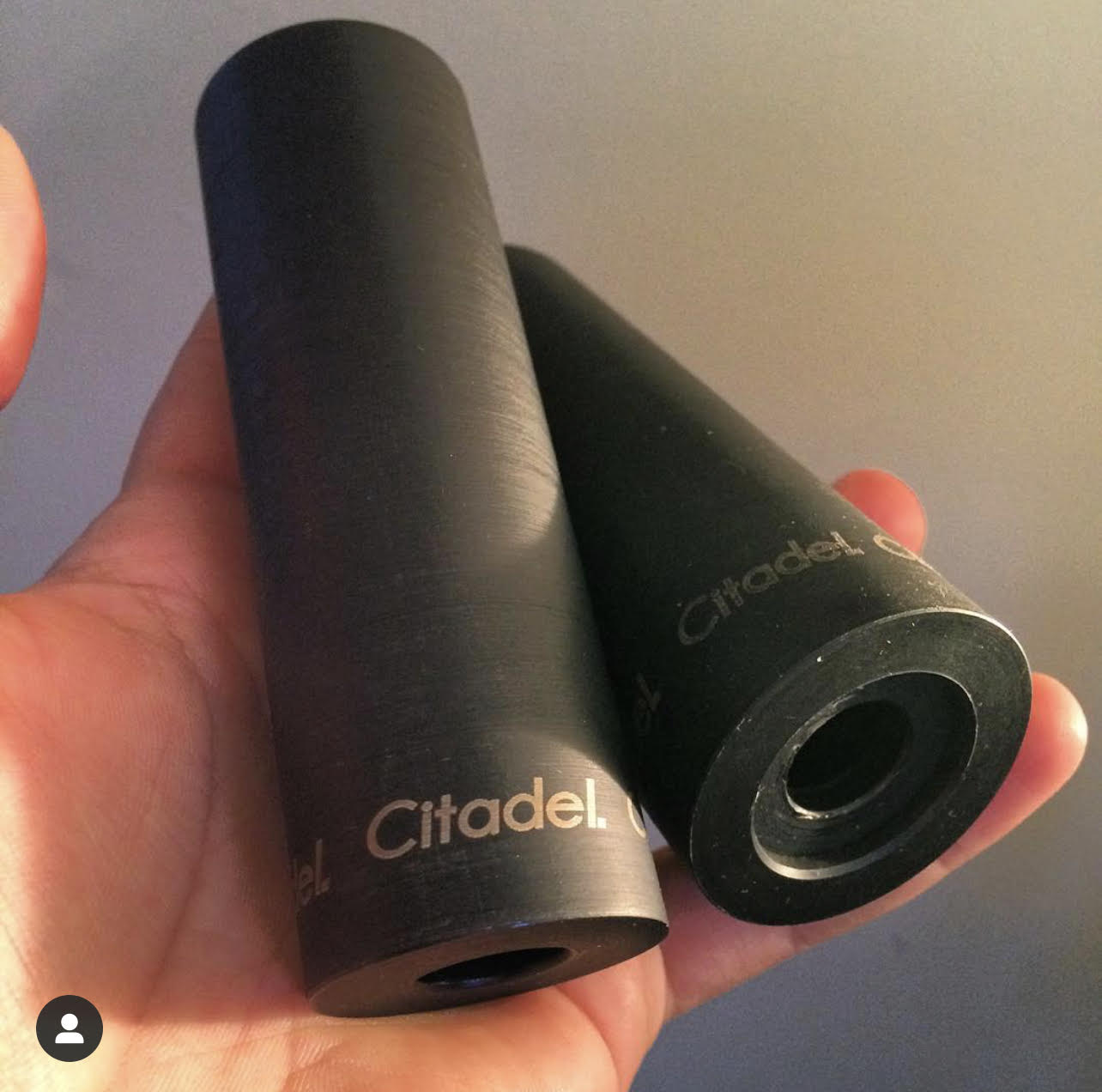 Any standout regrets you wished had gone differently while the company was operational? What would you do differently if you did Citadel again?

Not really, no. It was a good learning experience. If I did it again, things would be very different though. But, no ‘ragrets.’ However, I was way too focused on making things unique. So much so that I hardly produced anything. If I did it all again, I would make simple reliable stuff, get all my dudes hooked up, and most importantly go ride bikes! Oh and last but not least, I’d strongly consider getting an accountant to look after the financial side of it. 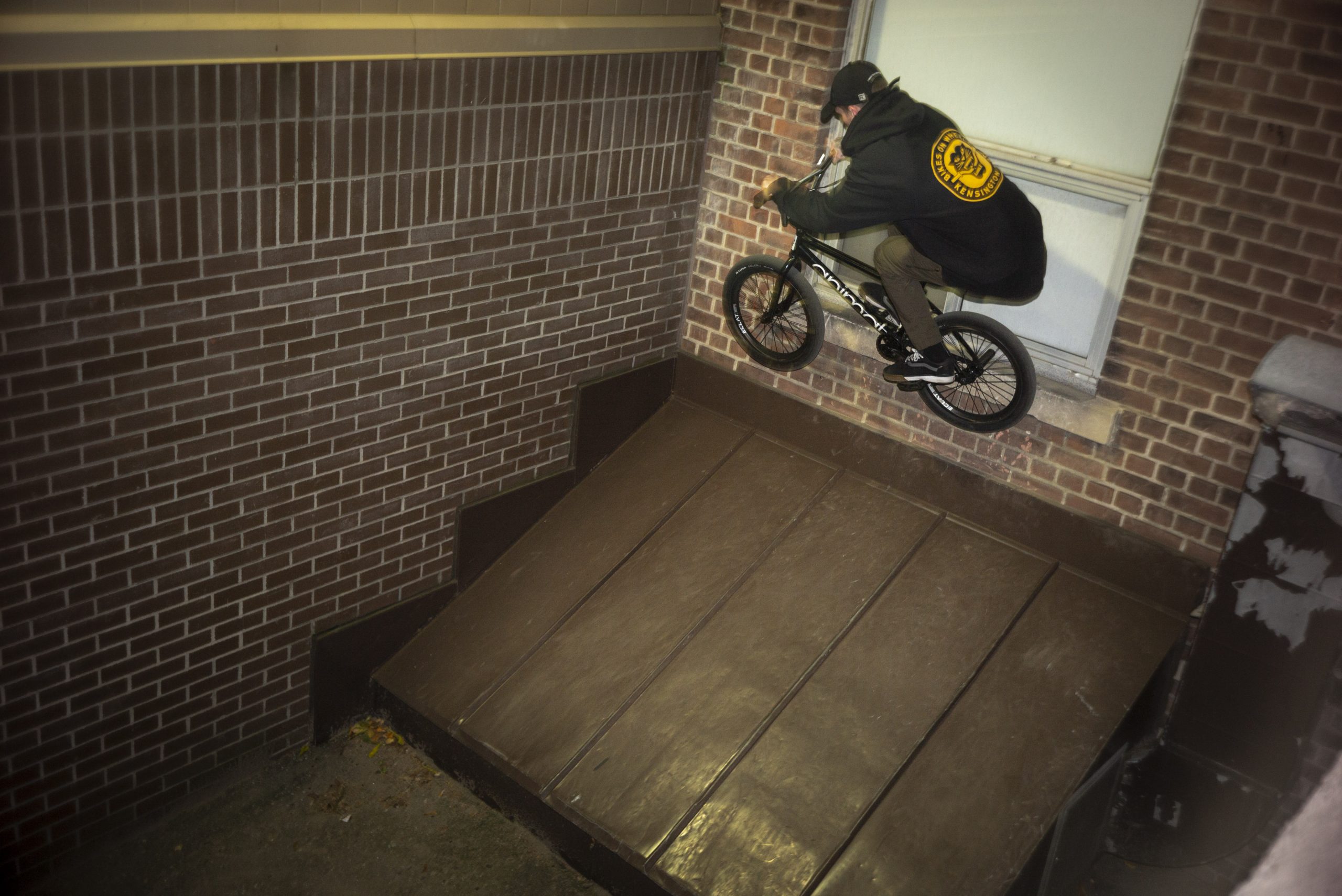 What are your thoughts on the scene you’re involved in now versus the one you grew up with?

It’s hard to compare. Growing up with a crew, there was gonna be drama. But I miss MOST of those guys. Haha… The guys I roll with now are all 30+ for the most part. They’re the most positive and supportive gang I’ve ever talked shit with. Big thanks to all the dudes that supported Citadel: Adam Berry, Ian Fleming, Byron Kutchera, Ian Christison, Devon Macphail, Matt Comeau, Colin Kenny, Landon Barnes, Chilko, and Desmond Rhodes (yeah, that’s right. I hooked him up). 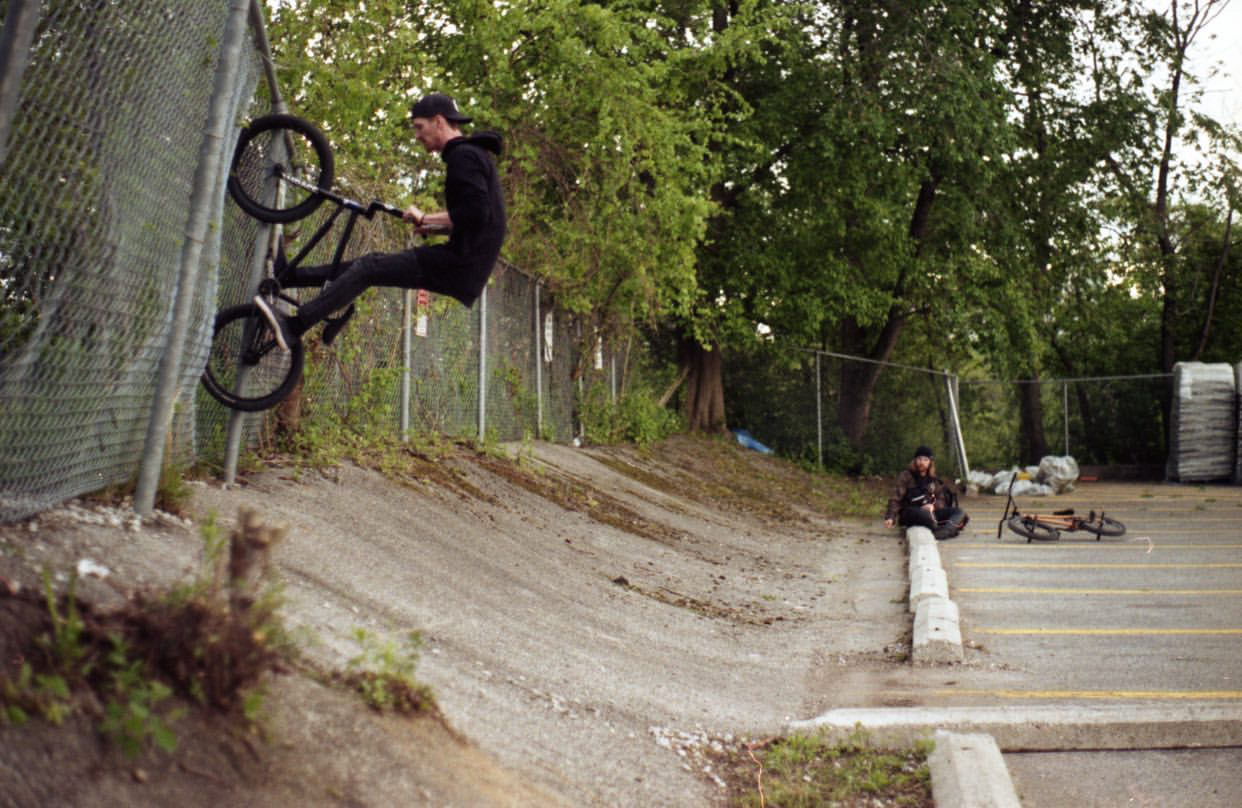 Harrison Forward in the streets of Toronto. Photo – Byron Kutchera

DESMOND FUCKING RHODES! I actually heard you hooked him up… How did that come about? He is a polarizing personality if nothing else. How was it dealing with him? Did you ever get to ride with the guy?

It was pretty straightforward. I literally just messaged him on Instagram one day. He made a post about building a new bike for his “comeback” or something. I sent him some bars, tees, hats, and stickers. That was it. He tagged me in a few posts here and there, but it didn’t go much further. I grew up watching the guy ride, so I just thought it’d be cool to help him out.

Any advice/warning to anyone hoping to succeed in starting a Canadian BMX hardware company?

If you’re anything like me and really want to create good shit, make sure you have a guy handling the other side of things. Marketing and branding go a long way. Also, get your money right first. If you’re living check-to-check, it’s probably not the right time! 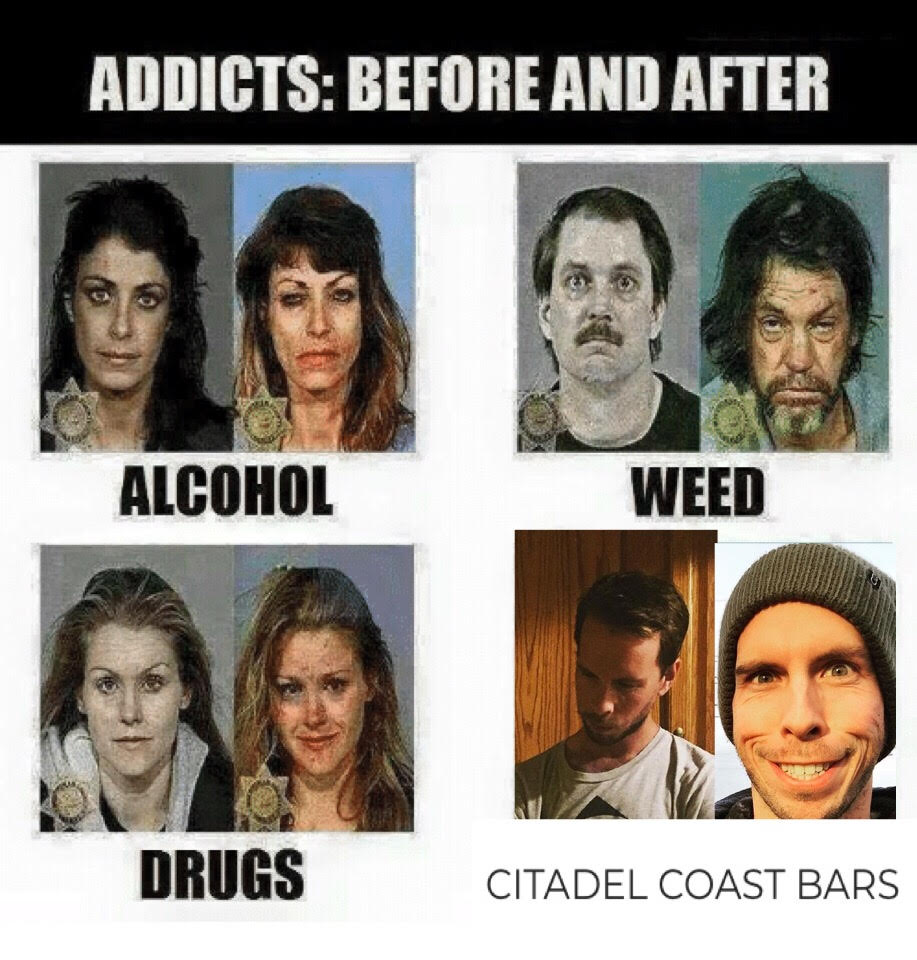 A young Matt Comeau in Kingston.