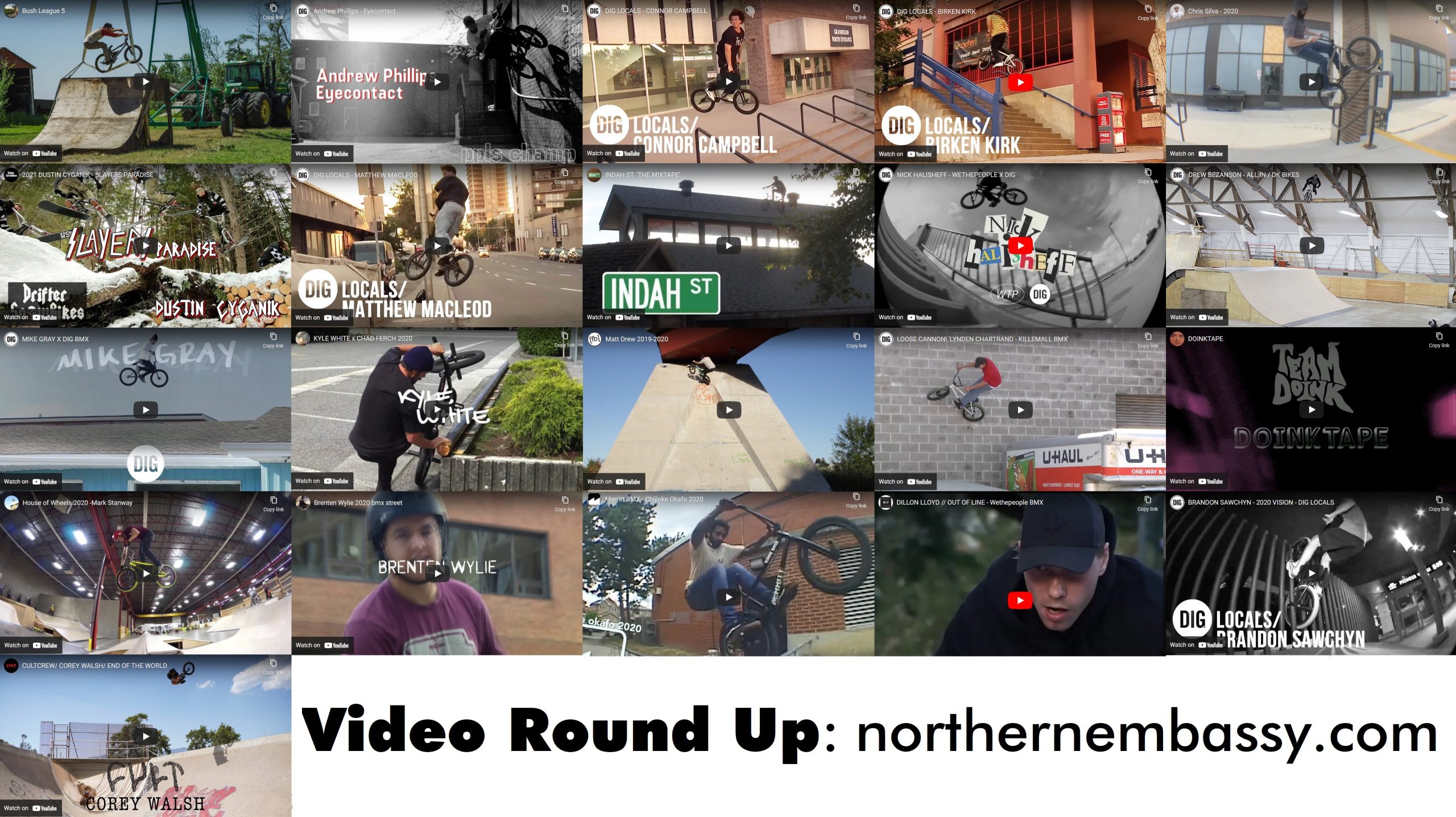 I call Brodie Gwilliam a friend, but it’s no secret I’m his biggest fan.

From Dustin Cyganik himself: Slayers Paradise was a daydream I turned into reality. The work involved in this seemed endless. I built up everything myself and mostly self-filmed everything with no one around. I pushed myself to the limits of what has been done on a ski bike and I am proud of what I accomplished. The riding in the video is dedicated to the founder of Drifter Snowbikes and my hero Drifter Dave. And all the hard work involved is dedicated to my Dad, Jan Cyganik.

Mike Gray from the high definition lens of NE’s very own, Joel Fortin.

Chijioke Okafo from the standard definition lens of NE’s very own, Joel Fortin. Did you peep Chijioke’s “Catching Up” interview piece yet? If not, get on it.

More Calgary (kind of). Nick Halisheff gets around.

“All in.” I’d say those two words sum up Drew Bezanson well. Ironically, they’re also the name of this skatepark. Support your local indoor.

Y’all already know this is full of hammers.

Toronto’s OG street magician, Chris Silva. The thumbnail should be reason enough for you to watch this.

I haven’t met these dudes, but I get the sense they’re BFFs.

Loose cannon. Yup. Look out for something special from Lynden coming to NE in the not so distant future.

A smorgasbord of Winnipeg riders.

Miscellaneous “educate your dome” and “hit you in the feels” content:

Creative inspiration for the dreamer in everyone. BMX cameos included.

No words from me will do this justice. Just listen.

Educate your dome, but please don’t puncture this one.

Essential viewing for humanity. Find this film in full on Netflix.