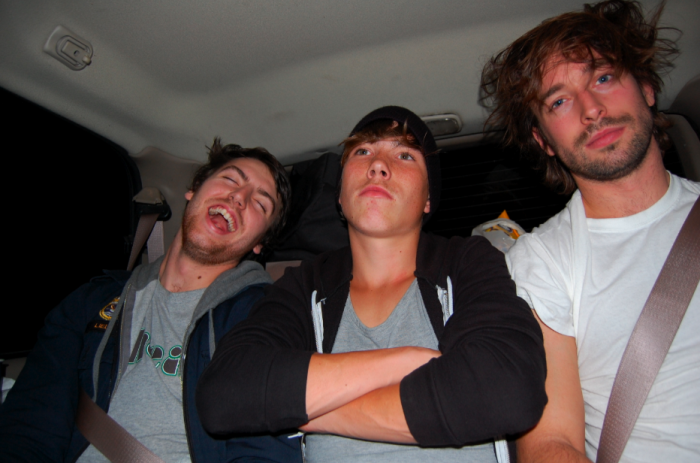 We never typically take a trip down a personal memory lane on here but there’s a first time for everything so here goes.

In the winter of 2009, as was the case every winter, Montreal riders were forced indoors. Lucky for us, UAB (a private indoor bike park ran by Liam of now 514BMX) was open and kept us shredding all winter in the best possible environment. Dillon had been slowly growing taller and shredding harder and harder over the last couple of years, essentially everyday since he started riding. I’d seen Dillon around at UAB and from him being around the chats crew whenever he could sneak a ride into the city to ride street with them. I remember one summer day in particular where Dillon laid under 5 bikes in the trunk of Ryan Kirnan’s Mazda Precidia so he could ride the city with the crew. Five bikes and five people in a Precidia still doesnt make sense to me but somehow they managed, and luckily didn’t get in an accident or Dillon wouldn’t be alive today. Dillon was a young kid, an ADD kid who would literally drop in at UAB if anyone hesitated to drop in for a split second. A kid who was never short of energy, was constantly looking for trouble and was always very entertaining on and off a bike.

It was winter of 2009 that MTL locals really started noticing Dillon’s riding. He’d gotten really really good riding UAB nearly everyday and was doing stuff a normal 15-16 year old should not be doing and very casually. He’d actually use cushions from the couches of UAB to create a “foam pit” or “resi” on the 6 foot quarter of UAB and learn flairs and more that way. This is nowhere near typical Woodward or Joyride resi, this was half a foot of cushioning from old ass couch cushions that people had thrown away because they were so worn out, barely saving Dillon from braking his neck. That winter I asked Dill if he wanted to film over a few sessions to see what we could come up with. I didn’t know Dill too well at the time and honestly wasn’t sure what to expect from this hyperactive kid. Low and behold he produced enough footage in a few sessions to produce a 3:30 long edit.

At the time we’d been making Presence DVDs every summer, just buds riding, exploring Montreal, chilling, drinkin, having goods times and documenting it for the memories. That’s what BMX is all about right? Dewey and Greg had gotten hooked up on Federal with some help from Montreal’s Max Vincent putting in a good word for them (and more importantly the fact that they were absolutely killing it) and Mike Fiz would later get on United as well. Not having a clue how anything industry worked, or really caring, I decided to do the completely wrong thing to ever do in emailing a few companies Dillon’s edit. Looking back on it, it was a really dumb thing to do. Web edits were in their early stages at that time and I thought we were sitting on some real gold here. We received the typical and exact response we should have received “Dillon is a shredder but for a rider to get sponsored we typically want to get to know him and see more of him before putting him on our brand”. Again, completely understandable and warranted but also funny to look back on now.

Then we got the email “Jeremy, what’s your phone number and when would you be available to talk?”. I would get a call a couple days later from none other than Jay Miron. Jay was blown away by Dillon, his riding was incredible, especially for his age. Jay’s only concern was “Is he a shit head? Be honest man because we need to know that and it’s super important before doing anything with any rider”. My response was simply “Jay would I lie to you at the risk of you fighting me? Your Jay Miron, I’m not gonna lie to you”.

Jay would send Dillon a bike days later and a few weeks later Dillon, Greg and I would meet up with the MacNeil/ Ten Pack homies in Toronto for a recession tour trip. That was one of the best trips, meeting Jaumell, Chij, Silva, Harley, Beal, Sexsmith, Harrison, Dave, and of course Jay. Dill was everyone’s little brother on the trip, earning the nickname YP (young pimp). He obviously killed it and held his own with all of the older dudes but he also kept everyone laughing/ entertained the entire time. I remember this to this day that Dill was infatuated with Sexsmith’s working out/ protein meals. We were on our way to a cabin in the woods for 3 days, everyone needed to buy food to last the three days, Dillon was at the cash of the grocery store with only a bottle of protein, he was convinced he could eat only protein for the next 3 days to start getting fit like Travis. 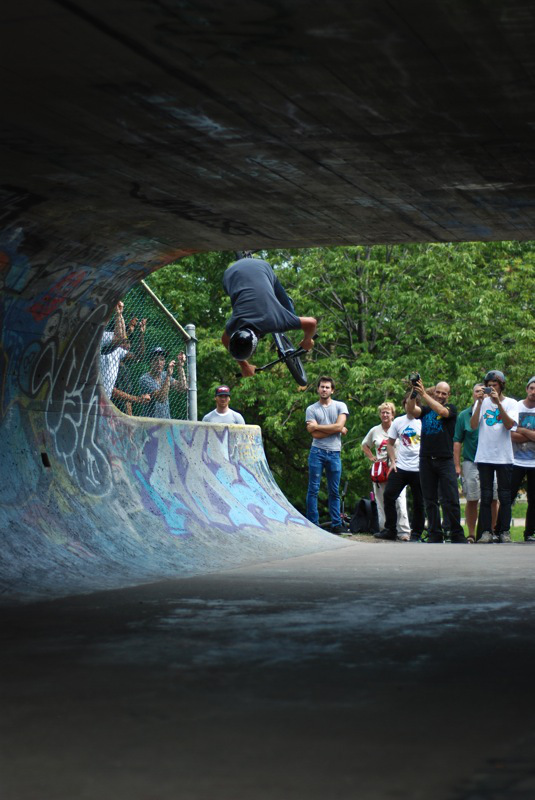 Flash forward to summer of 2011. Dillon comes to Vancouver to spend a few weeks with me to film for the Hunt video contest. He absolutely kills it and is on a mission the whole time. He ends up a respectable second place, behind only Chad Kerley. Dillon Would film this amazing Cali edit over that winter with Sean Cooke, doing some of the gnarliest crank arms for it’s time and of course Dillon absolutely killed it for the NE Barcelona DVD and essentially every team trip he’s ever been on.

Flash forward even further, from multiple incredible edits, international trips, to now a signature parts line with WeThePeople. Dill had a ton of dopes clips in some trip edits over 2015 (including most recently the Red Bull Metro pass seen here) and has a couple of crazy things about to drop very soon as well so look forward to that!

In all of this possibly the one thing that makes Dillon even sicker is the fact that he would be riding his bike today no matter what. Alot of people don’t know this but before Dill started riding BMX he was essentially Canadian wrestling champion until he tore his ACL and decided to start riding BMX after he healed from that. Dillon is the kind of guy who just picks up things way too quickly and is incredibly talented in most ways. Dill never made riding about getting sponsored, he just rode with friends and it worked out for him. Dill didn’t come from a wealthy family who sent him to woodward to train during the summers, Dill has worked for everything he has today. We’re just lucky he grabbed a BMX when he did and we have been able to witness his madness over all these years.  A modern Canadian Beast.