Catching up with Jared Chilko

25 Nov Catching up with Jared Chilko

Posted at 10:03h in Canadian BMX, Features by Northern Embassy 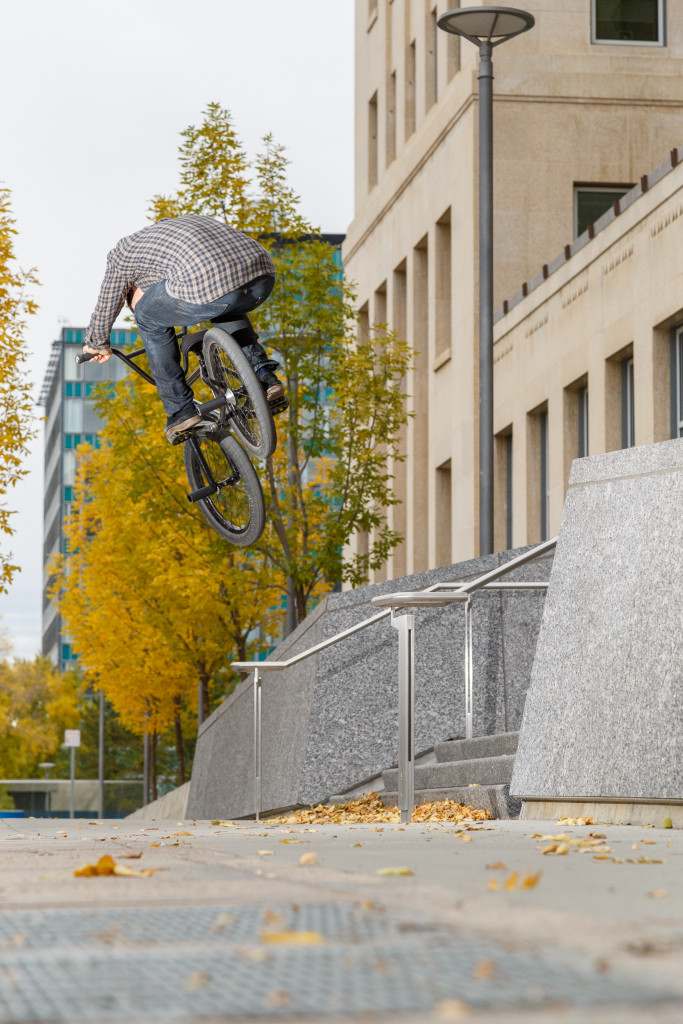 Jared Chilko is a name that most Canadians should be very familiar with. JJ has been a part of/ shredding in the Canadian BMX scene for over a decade now and shows no signs whatsoever of slowing down. Jared also possesses some true Canadian characteristics being humble, down to earth and extremely talented. We at Northern Embassy are very grateful of Jared’s help over the years, from edits, pictures and many other things he’s graced the NE pages with over the years, we are big fans of JJ. Jared has had a busy and life changing year, we caught up with him to get all the details!

How’s your summer going homie? What have you been up to?

Well, some pretty big life changes. I left my long term job over at 1664 Distribution and have taken the summer off from working a 9-5 to ride, film, and enjoy the summer here in Edmonton. Really been trying to make the most of every day.

Damn! When did you leave and how long had you been working there?
I left at the beginning of May and I’d been working there nearly 4 years; It seemed longer than that though. Why the change?
There were too many things that I had a totally different outlook on and I couldn’t keep it up everyday. It wasn’t the right place for me and I’m 100 percent confident in my decision to move on. There are co-workers and bike shops I really miss dealing with everyday. Those who I was tight with know who they are and nothing has changed on that end. On to new opportunities.

When’s the last time you had a summer to just focus on riding?
Not since I was a kid. I’ve always had some sort of other responsibility going on in the summer so it’s been great. I wish I could say the summer was spent totally focused on riding but I took a hard slam mid-way in and broke some ribs. Man, they were brutal to heal! That shit lingers on and on. 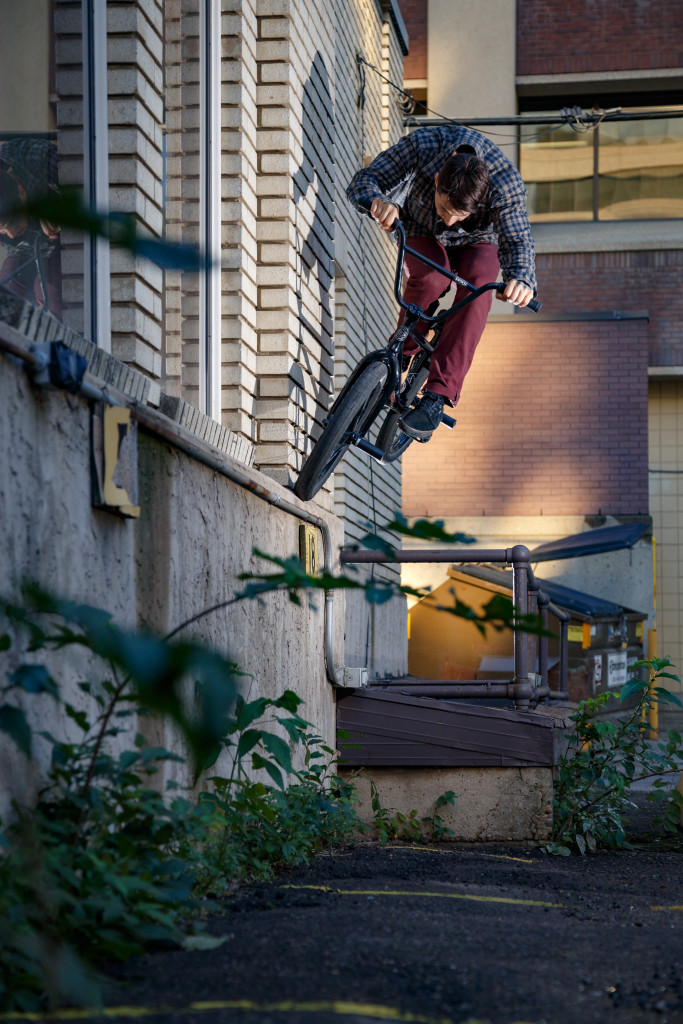 Pretty much one of the worst spots to hurt eh. Has that been one of the most annoying injuries you’ve had?
Yeah! It took a full two months to heal.  I’ve been fortunate on the injury side of things over the years though. Actually, I had a scary face/head injury about 8 years ago that took longer than that to recover from. Other than that it’s always been the expected bmx injuries we all get at one point or another.

Did leaving 1664 also have something to do with leaving United?
I knew that by leaving 1664 it could potentially mean leaving United too. Ian called me up shortly after it all went down and everything was chill, we just had to make changes. I’ll always be down with Ian and everyone at United, and I’m already way past the stuff that went down with 64. At this point I wish everyone the best and hope that some good came from it all.

Things always seem to fall into place… alot has changed since then and you’ve also been stacking! It seems you’ve put a ton of work into your WTP X Dig edit, how stoked are you on the response and how can you describe the time and effort that went into it?
I’m just psyched that it’s out and I can move on. Filming for this was quite a bit different than anything I’ve put out before. The biggest difference was being able to ride full time and have the opportunity to take things slow. In the past couple of years skateboarding has really influenced my riding and the way I want projects to look. The filming, production, and consistency is amazing in much of the skateboard industry and I wanted a similar direction for this video part. There where those days when we would just head out with no plan and whatever happened happened; but there were other days where I had specific stuff in mind and I wanted it to have a certain look to it.

I had never really filmed with Riley (Abramyk) before and we were using his HVX with the Century Optics Xtreme Fisheye lens (Whale Eye). I was really stoked to film the majority of the video on that setup as it’s super iconic in skateboard videos. It’s kind of become the vx1 mk1 of HD in my opinion. Mike (Orita) also help out a ton with his HVX which really kept the footage looking consistent. I can’t thank those two guys enough for helping out so much this summer.

Other than having a certain look to the video, finding music was almost as tough. Hours and hours trying to find the perfect song. I honestly had so many songs that worked decent and I just kept weeding them out until one clicked. I love searching for music though, getting lost in it is amazing.

Then it came to editing it all up. If I have the opportunity I really like to edit. I’ve been working on a project for Riley and Jaumell (Campbell) too, both will drop this Fall. For this project I had a rough timeline from the get-go and just kept adding and subtracting clips that either fit the look of the video part or didn’t. It’s lots of trial and error, but that’s part of the fun. It’s like a big puzzle.

As for the response, the video dropped today and so far it’s been amazing. It means a lot when the people you don’t get to see much anymore or moved away get hyped. Same thing when the people you look up or are influenced by show support. Really, I’m just happy when people appreciate it for what it is. Thanks to everyone who checked it out! 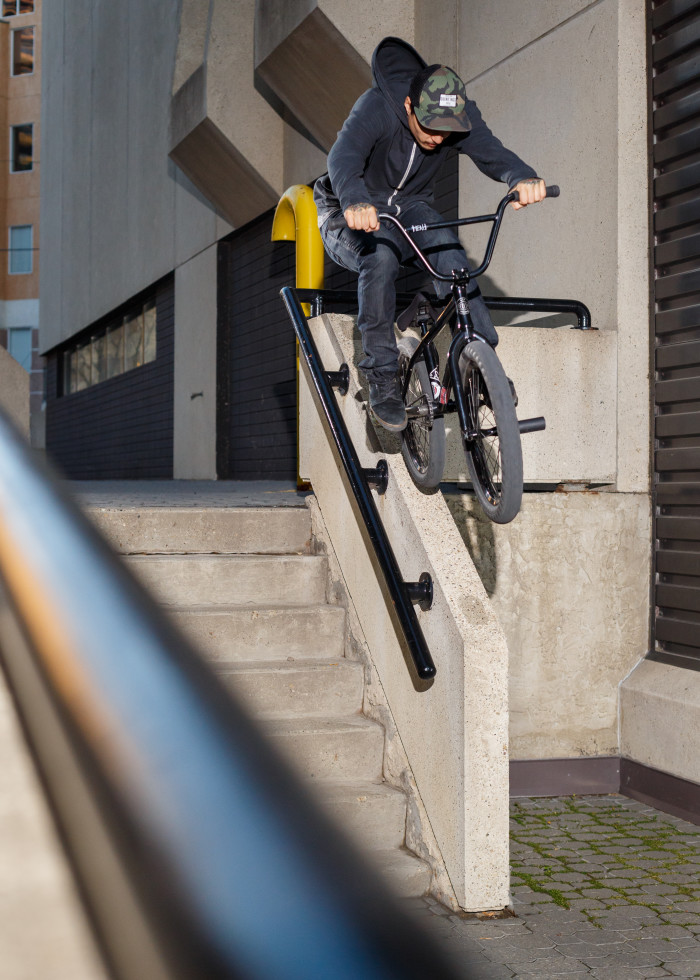 Where do you go from this high? I can only envision two normal paths after putting in so much work for an edit:

-“Never putting in that much work for anything again, just chilling and seeing what happens moving forward”

-“I want to push myself even more so the next one can be even better, if that’s even possible”
or are you somewhere in between or completely different? haha
Hahaha thanks so much man! I’m hoping to travel more next year and I think that will help with things. Even so, there are new spots popping up all the time here, and I think finding the right setups can make a video part. That said, I still want to chill and let things roll but that doesn’t mean I’d just sit back.

What’s the plans for this winter? McDavid will save Edmonton
Man, after years and years we finally have an indoor skatepark in Edmonton again. All I have to say is, it should be the best winter since Thorsby closed (RIP). Having a collective place for the scene to ride in the winter is going to be huge. It’s not the same as riding outside but it beats all the alternatives we’ve had in the winter so far.

It’s too early to judge about Mcdavid but I’m hoping for better than 30th place this year. 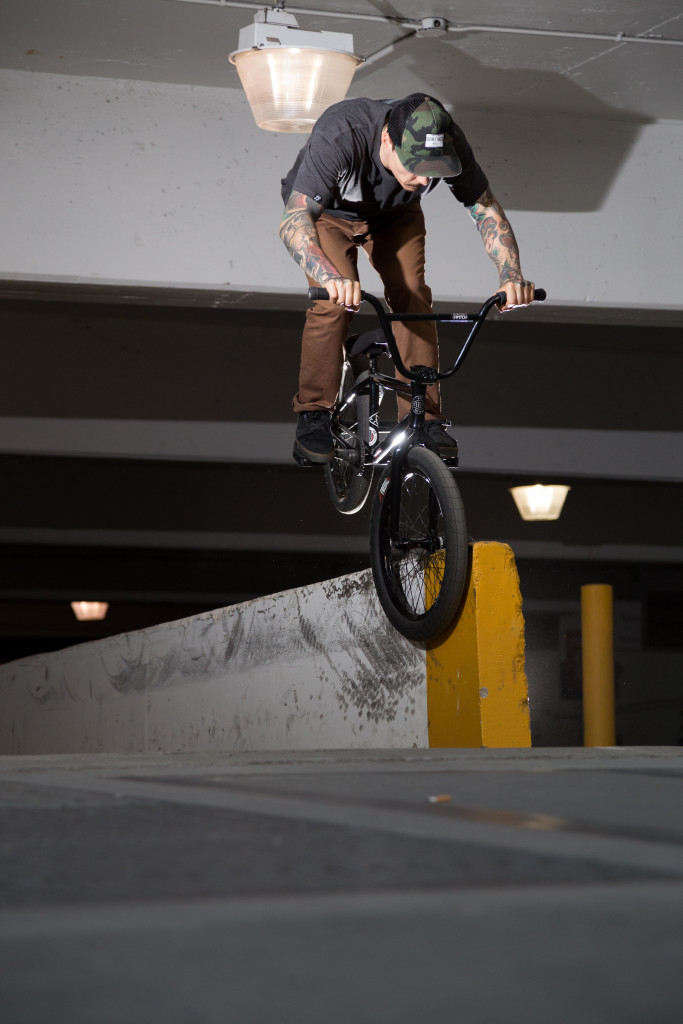 Whatsup with your love of the whale eye ?
The wideness and vig. I wouldn’t say love but some heavy like for sure.

What’s your take on BMX today vs 10 years ago?
A lot has changed, that’s for sure. 10 years ago I was only 18 and I know for a fact I was seeing things totally different but I’ll give this one a shot.

Something obvious to me right off the bat is that bmx seems more segregated now. Ramp riders, flatland, dirt, street, etc. Back in the day I remember everything being more collective. Street riding is so popular now. It seems it’s the variety in scenery that appeals to the majority of riders. The hunt of finding a spot is almost as satisfying as riding it.

Social media has really changed things. With Instagram, crazy riding is being captured on cellphones and put out immediately. It’s a bummer that a lot of amazing stuff gets forgotten almost as fast. There’s just so much content coming out all the time that it gets lost in the shuffle. Even on bmx media sites; the amount of videos and articles coming out is massive. The anticipation of waiting for the next full length to drop or magazine issue to show up isn’t really as big as it used to be. You are able to just open up your laptop and have a dose of amazing content all the time. I miss the anticipation a bit, like I’m sure many people who rode bmx through the early 2000’s do. On the other hand it’s inspiring to see how quickly things are progressing in bmx. You can literally see it change everyday.

Any shoutouts, thanks or final remarks?
Yeah, I’d like to thank my girl Amanda for putting up with me and helping out with bmx stuff along the way. You (Jeremy Deme) for always being down and being pretty much the best dude. Paul and the rest of the guys at WeThePeople for hooking it up; so hyped for what’s to come. Everyone at OGC BMX. Will at Dig for being so helpful. Lastly, all my friends and homies who I ride with, film with, and chill with. You guys are the damn best! 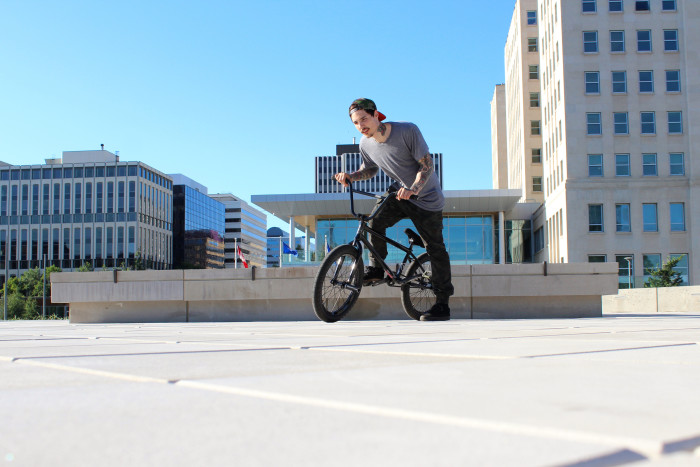