Catching up with Jack Leonard

22 Nov Catching up with Jack Leonard

Posted at 11:57h in ARCHIVE by Northern Embassy 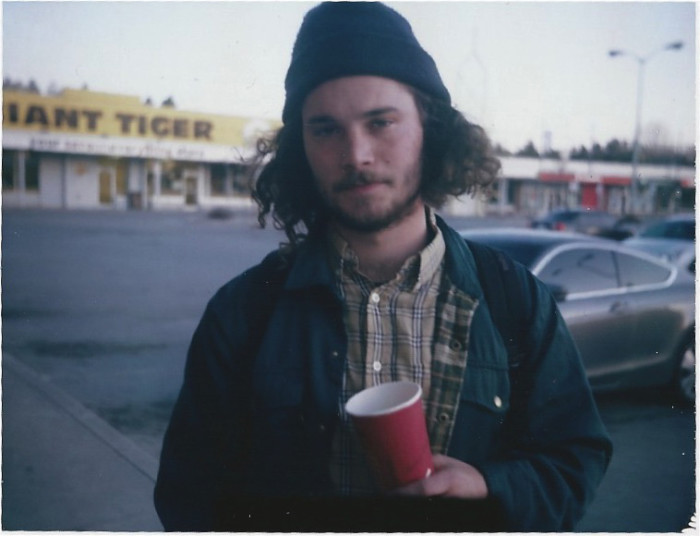 Jack is everything good in BMX; creative, humble, positive, artistic, talented, and the list goes on. It’s also no secret that we are huge fans of the DWOK squad and everything they do. While in Montreal recently we met up with Jack and got a talking. We could not think of a better person to do a Q&A with during our 5 year anniversary. Take notes kid.

What brought you to Montreal?
I was living in London, and had a bunch of shit going on in June. The premiere for the promo at the beginning of the month, and then a book release/photo show at the end. Once all that was done with I didn’t really feel like being in the city. Had a homie with an empty room in Montreal and decided to give it a shot. It’s been sweet so far.

How do you compare, or can you compare Montreal and London?
They’re way different, for sure. I’ve got a soft spot for London, but it kind of sucks. Lots of closed-minded people there. Not a whole lot of inspiring things going on in the city. It’s a university town, so it’s flooded with students for 3/4’s of the year, and the city kind of caters to those people. Shitty bars, bad music, a boring downtown. But it had a sweet riding scene growing up, which kind of made up for all those bad things.

I’ve only been here for 4 and a half months, so it’s hard to compare, but from what I’ve noticed people are way more open-minded out here which is sick. I don’t feel a lot of judgement. People just do what they want, dress how they want, act how they want. There’s mad culture, and scenes for different things. It’s a pretty inspiring place. It’s nice to be in a city where things are constantly changing too. I feel like in London you can just predict what each day is going to be like. The riding scene seems kind of dead though, at least compared to what it used to be.

Ya it seems like the majority of riders around MTL live slightly out of the city and/ or spend their time riding plazas/Taz rather than riding the amazing street. Hopefully the Verdun park changes that and can provide a good meeting spot for everyone. Now being in a rad city with smaller BMX scene, compared to a smaller city with arguably the best BMX scene in Canada (DWOK), is it a challenge to have the best of both worlds? Or do you just make the best of any situation?
Yeah the spots here are nuts, man. Canada’s version of NYC. I wouldn’t say it’s a challenge not being part of a scene here, but it definitely makes me less motivated to cruise. It’s sick when dudes roll through though. Mason was here for 2 weeks and we cruised a bunch, which was nice. It was sick when you guys were down here too. Just gotta get une maison de DWOK happening out here. 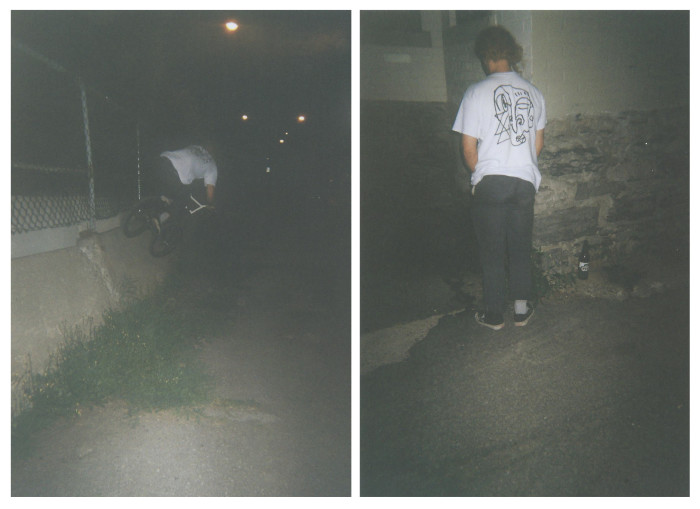 You’d never admit it but in my opinion you’re up there with the best filming/editing wise. We were talking skate vids a few weeks back, what are some of your biggest motivators in filming/editing or some of your all time fav projects/ filmers, etc?
A lot of things motivate me to edit. I realized this year that I draw a lot more inspiration to edit from things outside of riding. Like if I go see a show or something, I’ll leave and just have all these ideas for videos. Or reading interviews with different artists and musicians. Individuals. Shit just gets me stoked to create something cool. I think if all you do is watch bike videos and then you try and make one it just ends up being recycled. Becomes a bit stale, and you limit yourself. It’s good to break out of that mould.

Prashant sent me a link to this skate video last year called In Search of the Miraculous. Edited by this dude Pontus Alv. I lost my mind over it. Kind of made me realize you can make a video whatever you want it to be. It doesn’t have to be so structured with titles, intros, parts and all that. That’s gotta be a favourite of mine. Same with Alien Workshop’s Mind Field. The B roll in that video got me stoked. Skateboarding definitely has things figured out in the video department. Seems like a lot of filmers, editors and riders in BMX are scared to make something different. Theres like some unwritten set of rules on what a BMX video should be and people follow it. It’s time for some BMX video revolution haha. Where’s the Shook series at? 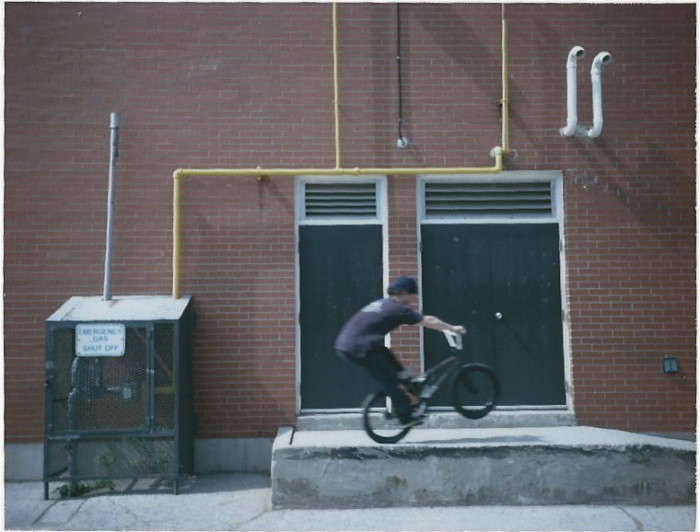 We were talking about how budgets in alot of other industries for videos and filmers seem alot different than BMX, do you think that has anything to do with the current state of BMX edits/ vids?
I don’t think you need a budget to make a great video, but it obviously helps. Paying one dude to film and edit all of your videos seems like a no brainer to me, but I guess the budget just isn’t there for that. Seems like all the good full lengths coming out nowadays are scene videos anyhow. It would be cool if companies cared more about good video content. Lots of good riding being poorly documented.

What would be your dream video project, unlimited budget, go anywhere with any dudes type deal?
Oh man, uhhhh. If I could go back and film the mixtape again, that would be sick. If not, just a big ol travel budget, my pals, and 100% creative control. Still wanna go to Barcelona. Maybe I’ll get a Kickstarter going.What’s your current camera setup?

What’s your current setup?
Sony pd150 with an Opteka fish and a bunch of spacer rings.

What’s your dream camera setup?
Not much of a camera nerd, but VX1 MK1 would be sick. That or a GL2 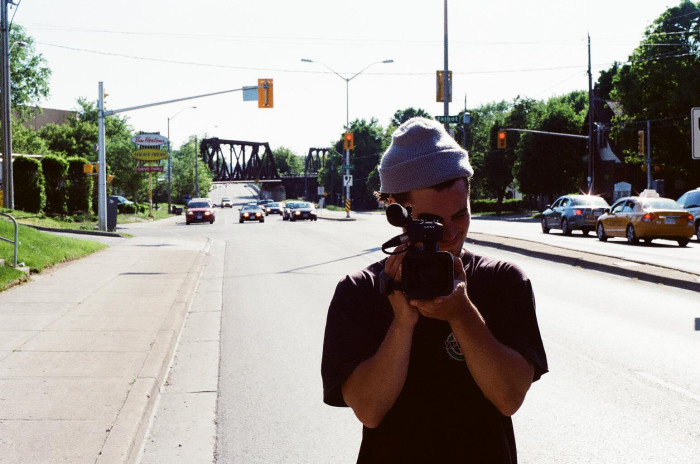 What got you into shooting film & book-making?
My sister bought me some disposable cameras before I went on a trip to California. I was hooked after that. I shot on those for like 2 years before I realized you could buy rolls of film hahaha. Kind of got into zines and photo books over the past year or so and decided to put something out. My friends run a small press company called The Buster Collective and they helped me fund the whole thing, which was sweet. It’s just like riding and editing to me. Feels good.
Who are some people or crews that get you stoked on bmx?
Seems like there’s some dope stuff going on in the UK. Strangeways, The Make, Mark Webb etc. That Chris Carter dude from SAF is sick. What Adam Roye does for Cult gets me stoked. A good webisode gets me going too.

You were hooked up for a couple years with MCNL, what happened there?
Yeah man, that was sweet for a while. I didn’t really see eye to eye with what they were doing near the end, so I decided to part ways. All on good terms. Definitely thankful for everything they did for me. 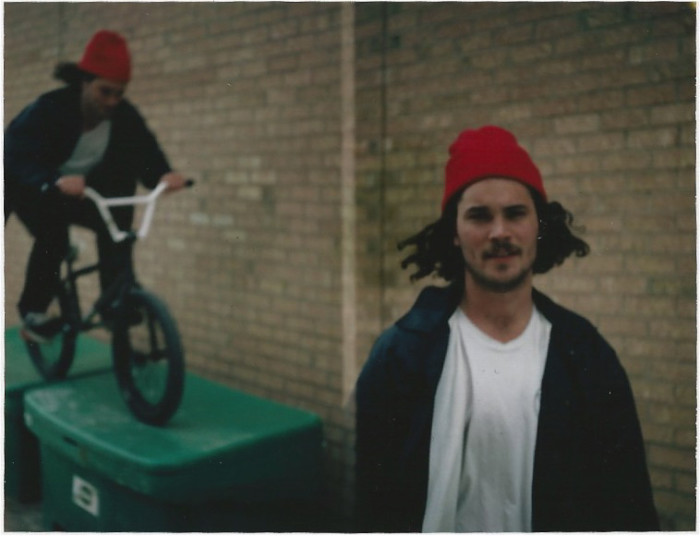 Do a hop truck.
Yo I would but my bikes broken lol

Haha wait wait, opteka over Century?????
Guy, I’m eating canned beans and instant rice. You think I’ve got money for a Century lens???
Hahaha fair enough, I thought they were giving SD equipment away these days haha. What’s next for DWOK/ what’s been on the go since the last mixtape dropped?
I think one final video. Might as well make it a trilogy, right?

Epic productions deserve trilogies. Any idea on a approximate drop date?
I’ve got no idea to be honest. Working on a Make video with Mason right now. Should be good.

Dope, looking forward to seeing that. Off topic but what’s your take on this whole Stranger X LZ situation?
Haha ummm I don’t know, I don’t really care, but I guess it’s wack. Wasn’t really down with what they were doing before him being on the team anyway. The only thing that bums me out about that is how dope of a job Rich Hirsch used to do with those companies. Like the art direction Lotek used to have was so tight. Same with Stranger when it first started.

What’s next for Jack? What are your plans for the winter? Are there plans for a 4th stem bolt come spring?
Nothing planned. Would be sick to go on a trip, but I’m broke. I was putting my seat on the other day and snapped the bolt for the seat post clamp. So I’m out 2 bolts now. Not very good at working on bikes. 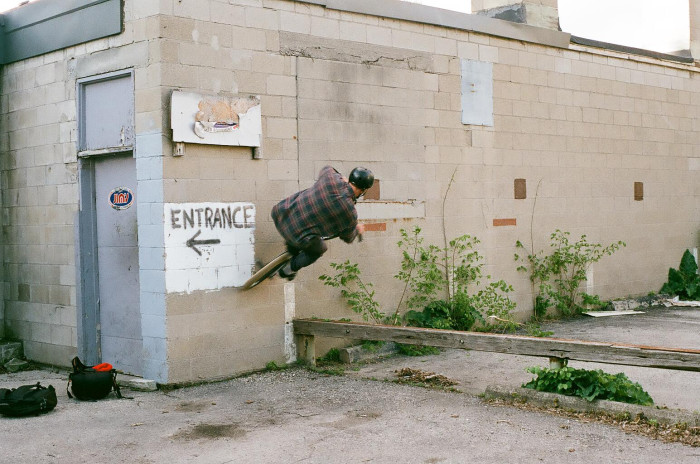 Can you tell us a crazy Eli story?
I can’t think of anything crazy really. Once when we were like 17 we had a trip planned to Toronto and he was messaging me on facebook about going to the LCBO with his fake ID and my mom saw the message and didn’t let me go hahaha.

What’s 5 places you’d go if you had 5 free flights anywhere in the world and why?
There’s this planet NASA discovered called Kepler 452b that’s supposed to be earths cousin planet. I’d like to check that out but it takes 14 years to get there at light speed.
Barcelona for bikes
Back home to London to hangout
Scotland w fam
Trade the last one for a bus trip across America

Aliens? Are they out there, amongst us, visiting?
I don’t know about Aliens. Can’t look into that stuff too much. Definitely some people chilling on Kepler 452b though. Prolly still got Dinos over there to be honest.

What happens when we die?
Not too sure. Nothing, from what I understand. Which is the crazy part about it all.

Thanks for doing this man, any thanks, shoutouts or projects from you people should be keeping an eye out for?
My pleasure, dude. Thanks for listening. Slowly working on another book with the dudes at Buster so look for that @thebustercollective.