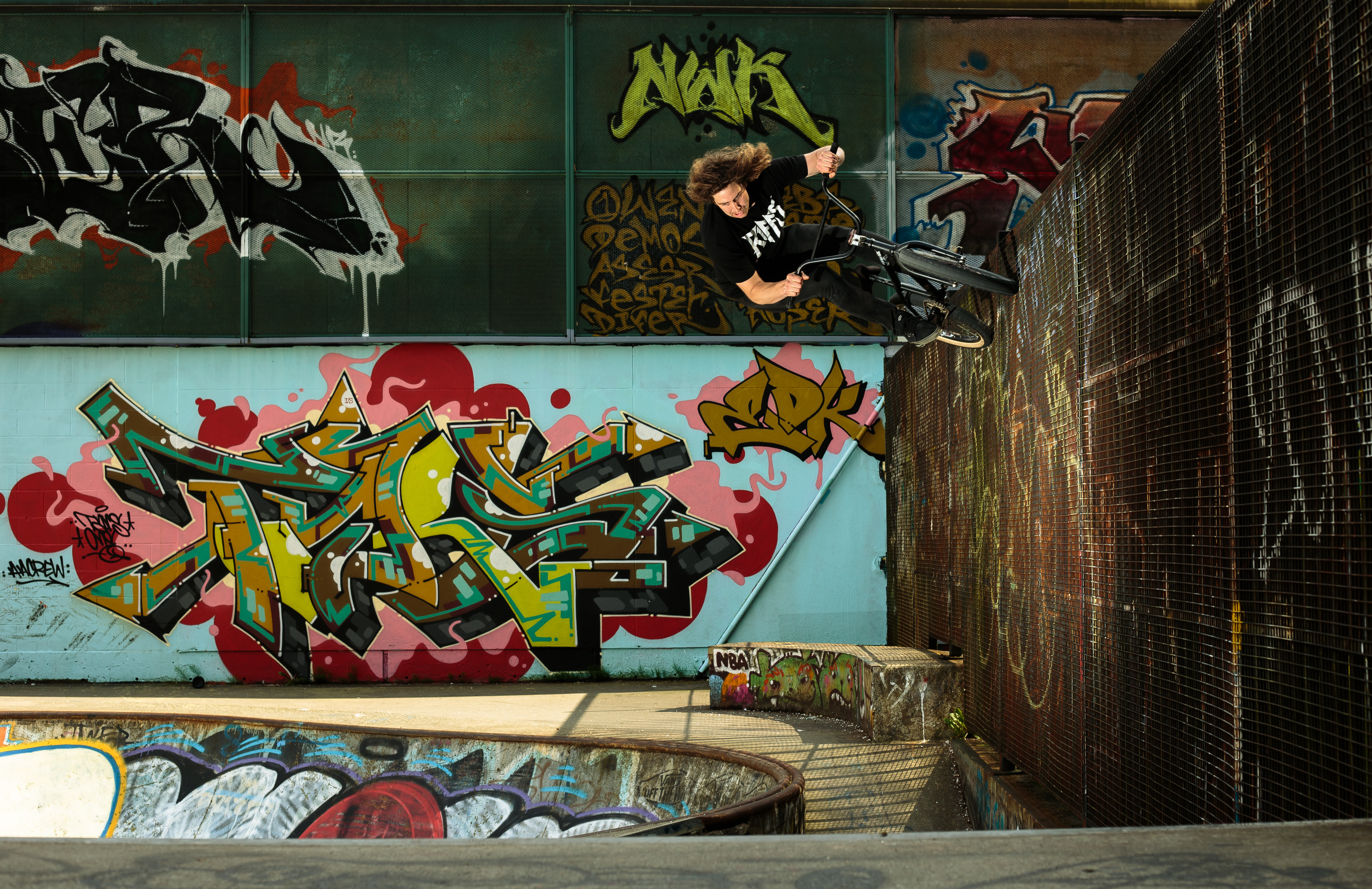 Posted at 15:31h in ARCHIVE by Northern Embassy 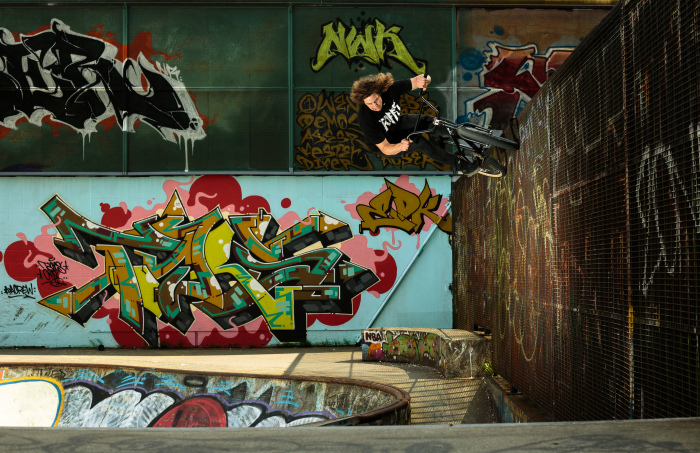 “Riffs is a new T-shirt brand with a BMX team based out of Vancouver. The graphic design is that of death metal bands, lots of gore and horror but with some tounge-in-cheek humor. All Riffs upcoming videos are going to feature music from independent Canadian metal bands. I chose the name riffs because in writing, to riff on something is to have fun figuring something out by trying different means, and that is similar to BMX progression to me. I also think that the riffs in a great song are much like clips in a great part.

I have worked many different jobs in/ around the BMX scene in Vancouver over the last 15 years, And I have always wanted a team. A group of us from Van went to Texas Toast in 2013 and had a blast, when I came back it was just stuck in my mind that I had to do it. I took a little time to think about exactly what I was doing, then in April of 2014 I called up the boys to see if they were down, and it just so happened that they were all going to the Okanogan to meet up and ride that weekend! Riffs was born on that day.

Andy McGrath – Andy is the chillest dude ever, and has the style to boot (check out his new video for proof). He is also very tech savvy and has done lots of editing and filming in the Van scene for the past couple of years. Crimson Bike in North Vancouver made a custom frame recently, The Crimson Riffer, and it’s bad-ass. 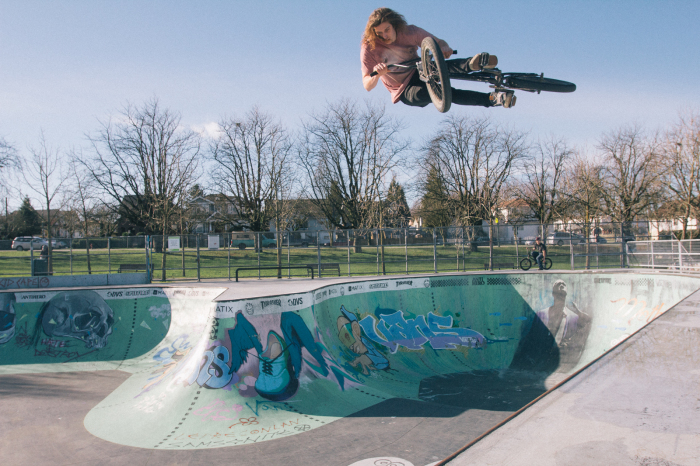 Dave Laliberte – Dave is the most “BMX kid” I have ever met, but make no mistake- “Little dave” ain’t little no more. Always super stoked to ride whatever, he’s a bit hyper and funny as hell. The term “Best Grizz Air” gets thrown around a lot, and Dave has my vote, 100%. As dynamic as he is riding, he loves getting out on a quiet lake to fish the day away too. If you ride a park with Dave, keep your head up for his Pitbull Timon, he WILL take you out, full speed.

Colby Burns- A lot of modern men like to grow their beards out and post a couple of selfies each day about how rugged and manly they are without ever getting their hands dirty. Colby Burns is the real deal. seriously, every time I meet up with the guy in less than 5 minutes he’s chopping down a tree, pulling something with his truck or jumping that thing that everyone’s only looked at for years. The Pride of Prince George BC. I heard him howling at the moon the last time we went camping, I’m pretty sure he’s a werewolf of some kind. 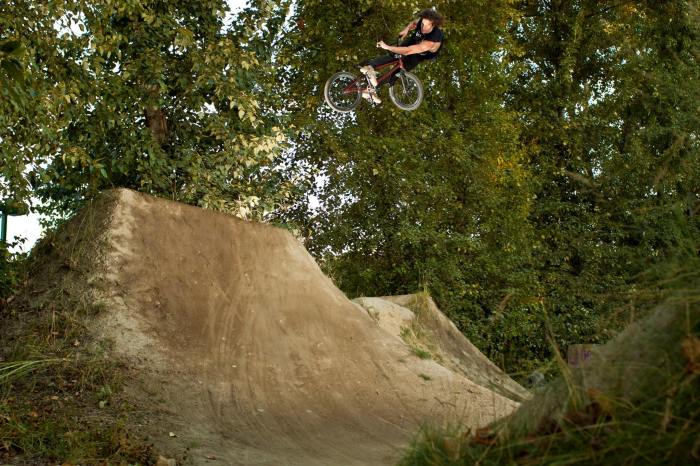 A short team video is in the works. Our graphics are going to get more brutal and the music will get heavier. It’s going to be a full clothing line before long, but for now it’s T-shirts and web videos. I hope you all enjoy!

Thanks to everyone who’s spread our name, wore the shirt, or just been stoked on Riffs!”

Riffs dropped this banging edit of Andy McGrath a couple weeks back, if you haven’t seen it yet give it a watch. If you’ve already seen it, re watch it because it’s damn good!