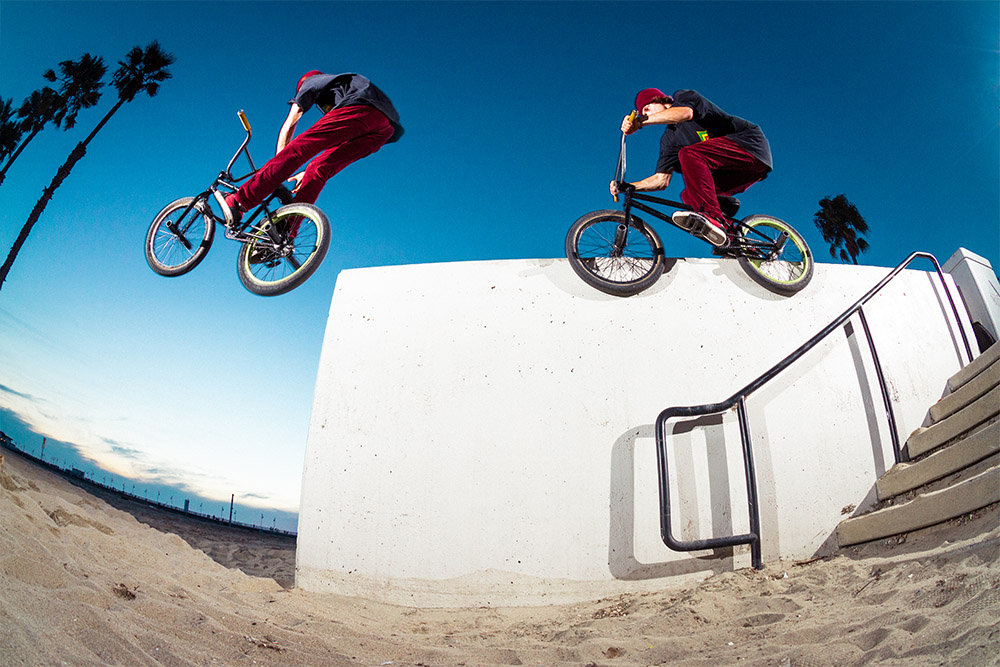 Posted at 01:22h in Canadian BMX by Jeremy Deme

A few years ago, shortly after moving from Montreal to Vancouver, I started hearing of Montreal’s “Crazy Frog” Pascal Lafontaine. Pascal was jumping off roofs, doing huge drops and just straight killing it, at a point where no one had really even heard of him before.

Flash forward to a few months ago, Pascal had dropped numerous memorable edits (here, here, here, here) and also a crazy Hunt section. Although he’d had a few injuries over the years, he was still filming and shredding on the reg.

On June 10th, 2015, Pascal had the misfortune of having his right foot amputated due to Ewing Sarcoma cancer. The obvious would be to state that things could always be worse… however, for a young man who clearly had his heart and soul in BMX, this hits hard. Pascal is currently adapting to the prosthetic and hoping to ride again down the road.

One of the greatest things about BMX is the support and community surrounding it. Although this is a very grim time for Pascal, please share in our wishing him the best and offering support/ strength during this hard time. We know you’ll shred again soon Pascal, stay strong brother!