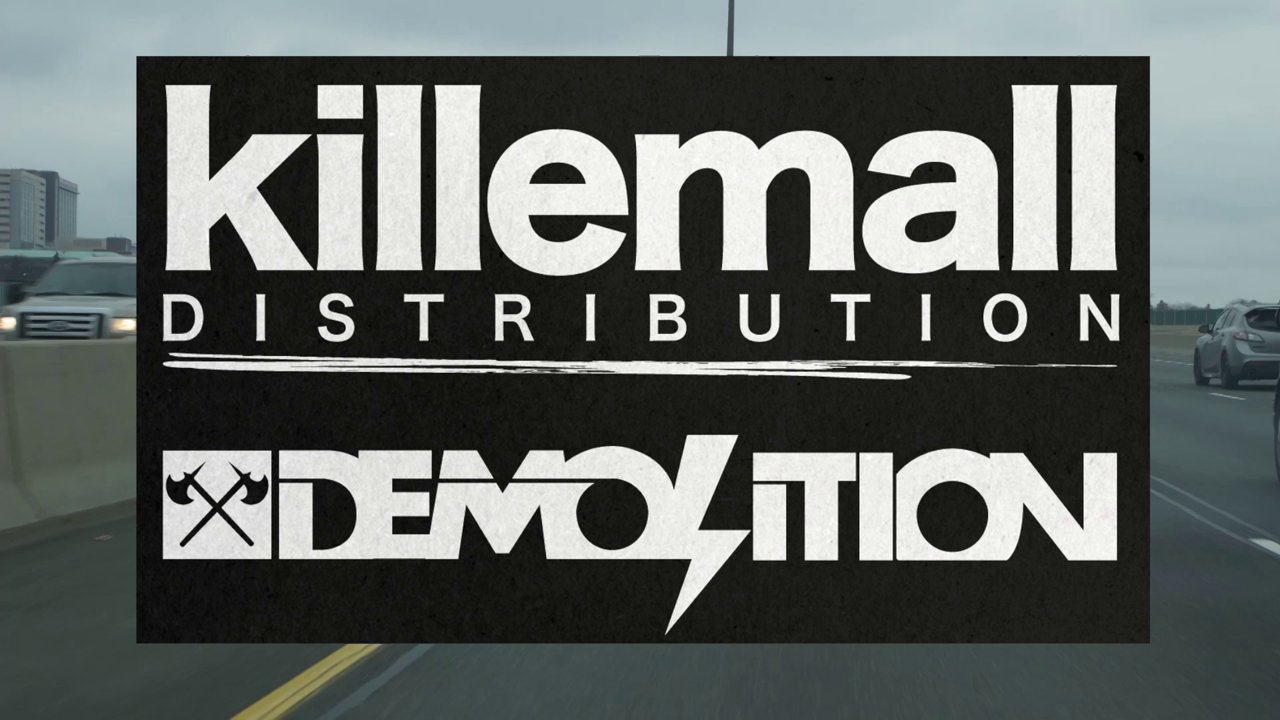 Posted at 13:50h in ARCHIVE by Northern Embassy 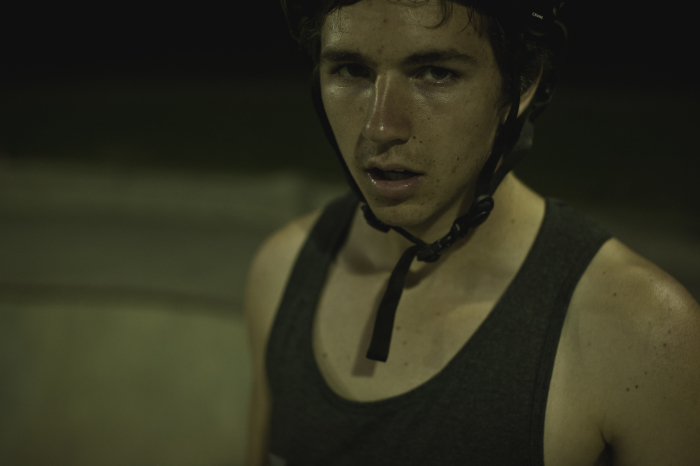 Every once in a while comes a rider that completely blows you away, within seconds of seeing him ride for the first time. When images of Corey Walsh absolutely blasting Hastings started to surface, and soon after he would become the only rider to make it through the 2014 Texas Toast gauntlet of death, it was clear that Corey Walsh was unreal. Corey is the guy who will go a few feet higher than anyone else on any given setup, ride an indoor skatepark mid winter in shorts, hit anything and everything at full speed and all the while have a big smile on his face. Corey is what BMX is all about.

Name, age, where you from and where you currently reside?
Corey Frances Walsh. 20 years old, born and raised in Ayr, Ontario, Canada. Currently homeless living at my parents until I can figure my life out. Lived in Van for 2 years.

What brought you out to Van?
My sister and I moved out to van to be able to ride with the canadian national team and train with the core group. Kinda funny how I got out there and had no idea about the cement park scene. The first week actually blew my mind. Best place in the world!

So you moved out there as a racer mainly? How long had you been racing/ riding BMX and what when did you get into it?
Yea, I have always been a BMX racer. Been racing since I was 6, but been a little shit at a skatepark since I was 4. So technically riding BMX for 16 years. It all kinda just started ramping off curbs around my house and when I was 6 my mom brought me to a track called track 2000 in Milton Ontario. It kinda became an obsession after that.

How old is your sister? Did you both get into riding/racing at the same time?
She is 22, she actually started racing when she was 15. She had never really ridden a bike before then. She got tired of sitting at the track watching me, now she’s the top elite female in Canada, pretty sweet. 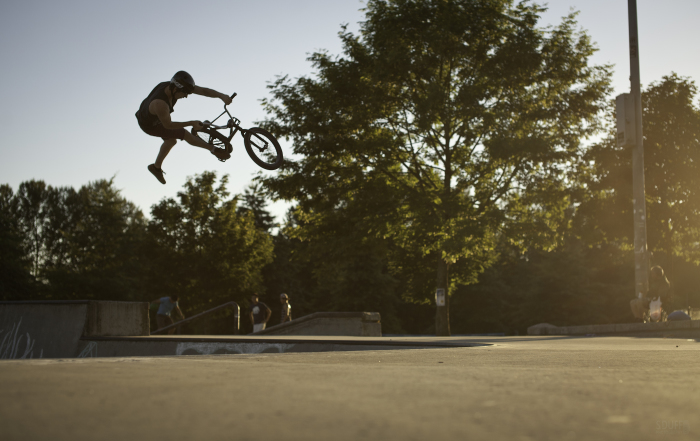 I’m guessing that you were pretty damn fast as well based on being on riding with the Canadian National team? What were some of your best races/results?
I was ok, more skill no power kind of story, basically always last out of the gate. My biggest accomplishment was being able to race the red bull revolution race in Berlin Germany, such a crazy event over in Germany. I was stoked to be one of the 32 athletes invited. It’s kinda funny cuz none knew who I was. stoked to meet a lot of new people there! Other than that being able to travel and race the super cross in England and in Californa was my biggest accomplishment, those tracks are so big and fast, so much fun to ride.

Since going to Vancouver it seems like you’ve been riding more ramps/park and not solely racing?
I’ve always ridden both in my eyes. Freestyle was always my outlet, racing felt like the serious part of my life. Vancouver definitely opened my eyes up to bowl riding and it definitely got me in trouble with my coach a couple times. Riding 8 hours a day when I should be resting for the next training day wasn’t the smartest decision on my racer side. What can I say, I love riding my bike more than I do winning races

I guess being in Van and having 15 parks (some of the best in Canada) within an hour is pretty tough to resist.
Ya just a bit, gets confusing where to ride sometimes. Hastings and Poco seem to be the go to parks!

A few have named you the “Canadian Chase Hawk”, what do you think about that?
Man, I’ve looked up to chase ever since my neighbour couple doors down loaned me a couple Road fools dvds. His style kinda became everything I want to be. And Aitken haha! So to hear that is pretty unreal, favorite rider. 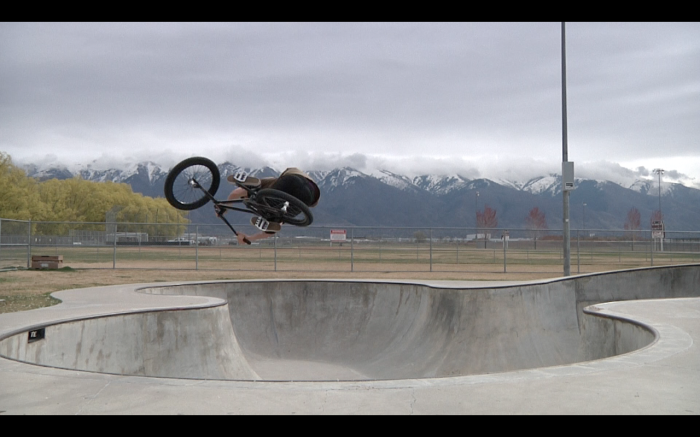 People always say that riders who grew up racing (like Chase) always have the best style/ control in the air. How much truth is there to that?
Man has so much in my opinion. In freestlye you don’t have the guidance racers do learning basic skills like pumping and jumping. Racers are taught it almost every session. They are the main skills you need to race. This is why when racers start riding park they can pump jump and balance really well.

Besides Chase Hawk who are some riders you look too for motivation/ inspiration?
Mike Aitken, Brian Foster, Joe Rich, Kris Fox, Drew Bezanson, Matt Priest. Always looked up to these guys.

Who are some of your favourite guys to ride with?
Spencer Macfarlane, Mark Oniga, James Van, Brandon Van Dulken, Brandon Webster, Drew B, Will Fisher, Shawn Duffield, Waldo, Matt Macduff, Joel Fortin, so many people I missed. Basically if you love riding bikes and down to have a good time!! All about the fun! 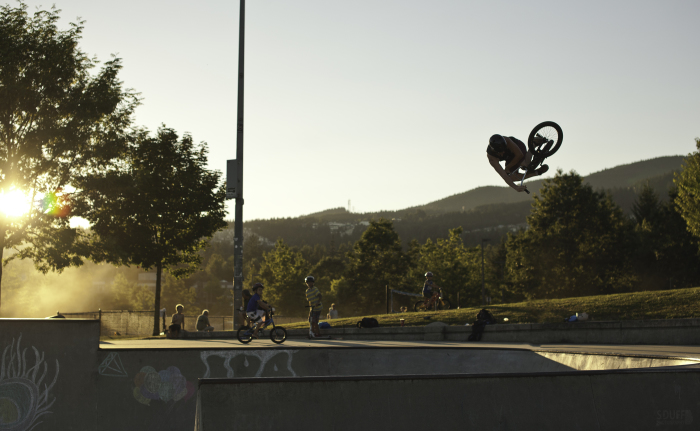 Country and bowls over city and streets?
Got love for Bowls, dirt, city, and streets. Love riding everything not just one terrain.

Ride everything your wheels can roll on. What are some spots, parks or cities you’d love to one day ride/ visit?
Man, East Coast Trails, Oregon /Washington concrete, (this year). Barcelona Street, so many spots cant even just pick a few.

Cant believe I forgot Texas. I’d be ok with the t1 ramp for the rest of my life!
That ramp is too good!!! How was your first Austin/ Texas toast experience this fall and how the hell did you make it though the gauntlet of death (only rider to get through it).
Man speechless about Austin. Amazing food, attractive women, spots everywhere, the springs, whole foods, t1, the nightlife, was not expecting any of it. I’d love to live there. Haha I tried it a couple of times and it worked I guess. Texas Toast is where its at. Shout out to James Van De Kamp for the floor to crash on while I was there, good times.
Did they actually make the gauntlet harder after practice/day 1 because you got through it too easily?
Haha they did change a bunch of stuff for the actually event. Was alot more fun! Haha good times 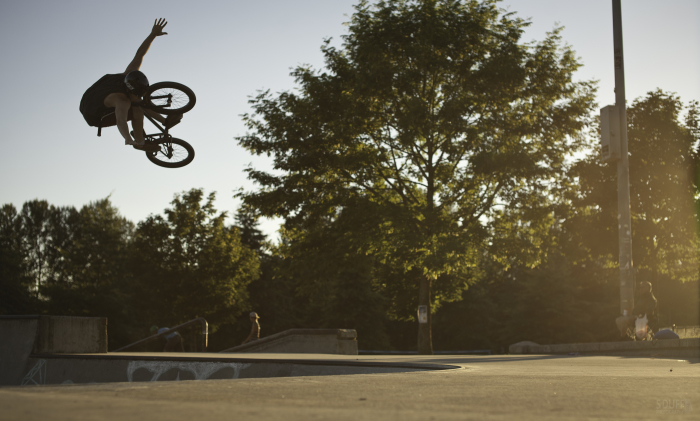 BC: sushi, kush trails, all the bowls, cliff jumping, the homies, killemall, warmer weather than Ontario, Chipotle, downtown Van, mountains, hiking, everything being 30 min or closer away, sfu, burnaby Street, snowboarding, and more I’m forgetting. BC is where its at!

What’s the plan for Corey Walsh in 2015?
Haha definitely doing what I want to do from now on. Trying to be happy and explore some things I haven’t been able to do in the past. Bunch of trips in the works, maybe some warmer months, and definitely a Vancouver Summer. Life changes all the time. Gotta say I’m pretty stoked about 2015 and on.

Thanks for doing this man, any last thoughts or shout outs
No problemo, ya huge thanks to Blaise at Killemall Distro, Brian at Demolition parts, Joyride 150 for the roof blocking the snow atm, and family and friends, much love.