The Making of the MacNeil DVD – Zach Rampen

02 Jan The Making of the MacNeil DVD – Zach Rampen

Posted at 12:07h in ARCHIVE by Northern Embassy 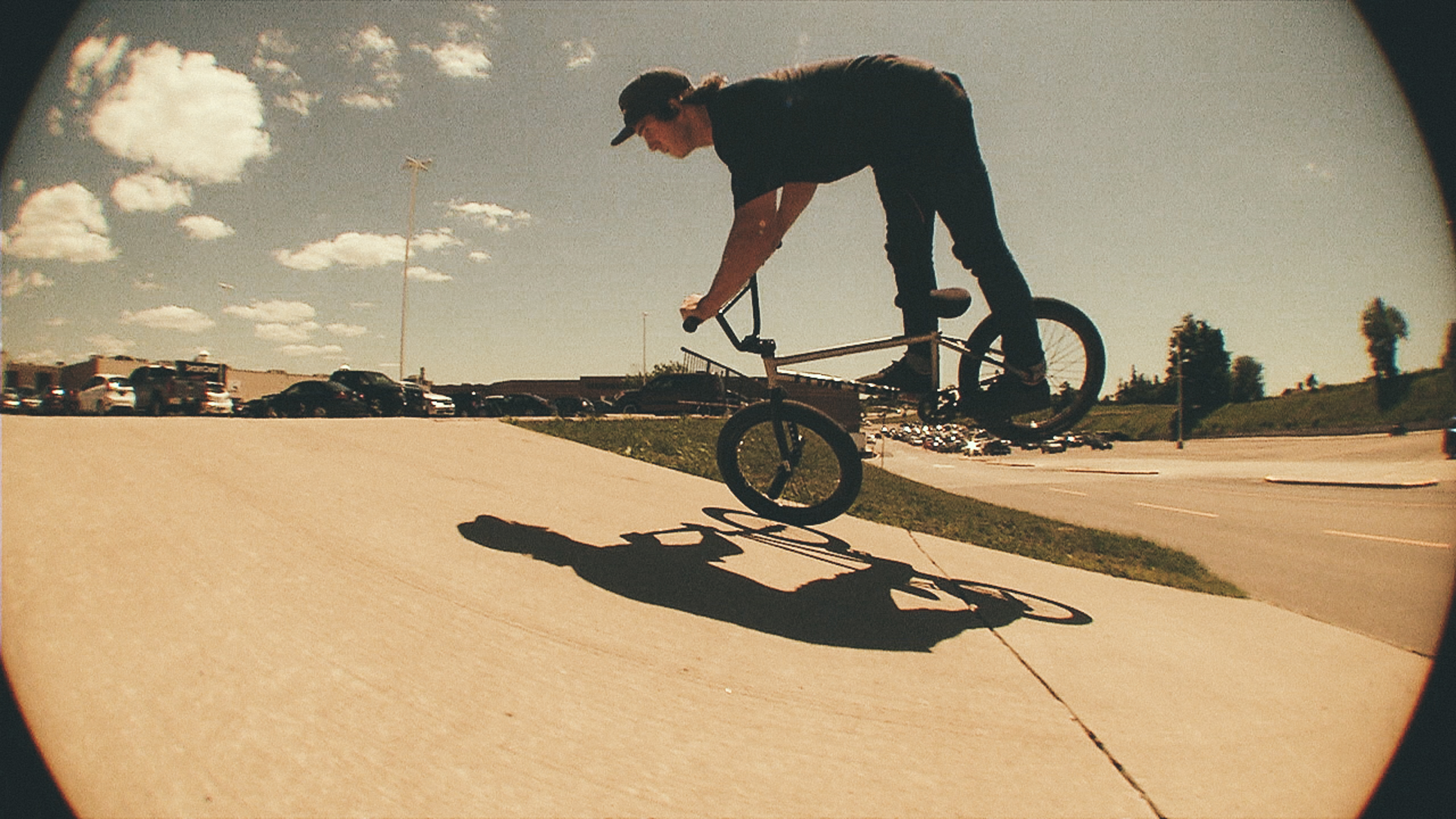 Describe the MacNeil DVD project in one word:
Communal

When did the project start and how long was did it take from start to finish
Any Mean Necessary has been in the works for a few years. From what I’ve been told, at some point in 2012 the riders at the time wanted something a little more substantial. A project that would stand the test of time. Sensing that the team wanted to work on a project as a whole, Darcy started the process of making the project a reality.

A lot has changed between 2012 and now, which can be expected. People get busy, new opportunities arise, and things just change. Any Means Necessary was initially in the hands of Harrison Boyce and landed in my lap in May of 2013. 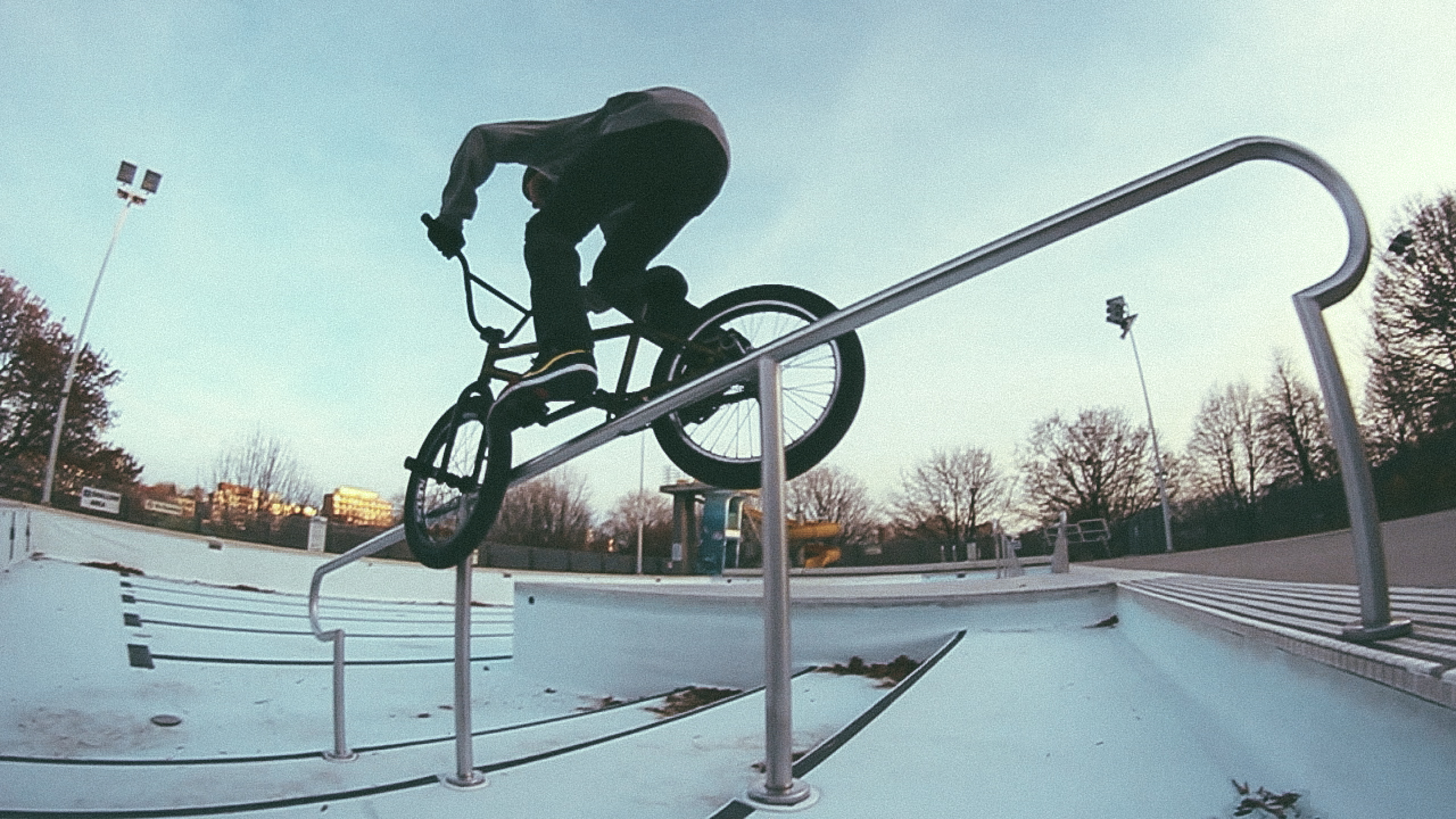 How was working with different footage from different filmers in different formats. You obviously had a great deal of work making everything come together in that sense.
Yeah, we had a wide variety in footage haha. I think there is honestly every type of footage there is out there.

The challenge was to try and keep things constant. It would have been weird if the aspect ratio was swapping between 4:3 and 16:9, so we decided to go with 4:3 and crop any 16:9 footage to fit. The majority of the team was told to film with that in mind, which helped quite a bit.

It’s always challenging dealing with footage you didn’t shoot. Usually when shooting something, the cut is already worked out in your head. Having such a wide array of filmers and footage kind of removes that. The cut, song choices, and sequencing helped solidify the clips into a more cohesive piece.

On the flip side of that, having a bunch of separate filmers allowed for an intimate collaboration between the riders and their filmers. The MacNeil dudes shine in front of any camera at any spot. Sometimes when you get the chance to team up with someone there is a push to puts you on another level when filming for a part. 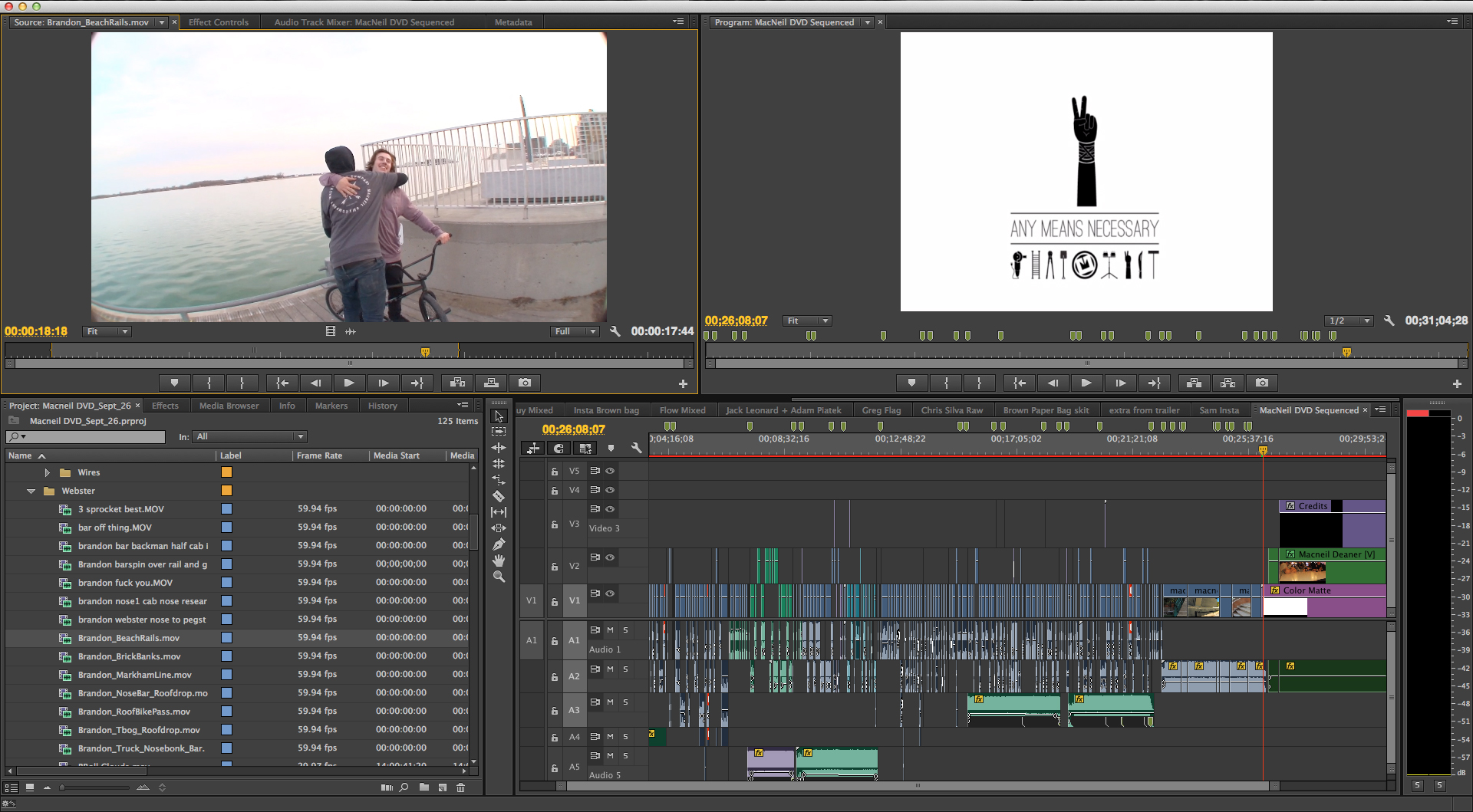 Obviously this format meant that you couldn’t film everyone for the DVD but what guys did you film with a bunch?
I was able to film with a lot of of the west coast guys throughout Vancouver and Victoria. Mainly; Amos, Sam, Greg, Adam, and Jaumell. I did get to film with Silva and Chij while they were in Vancouver but Chij was working on another project and Silva had his part wrapped up pretty solidly at the time. 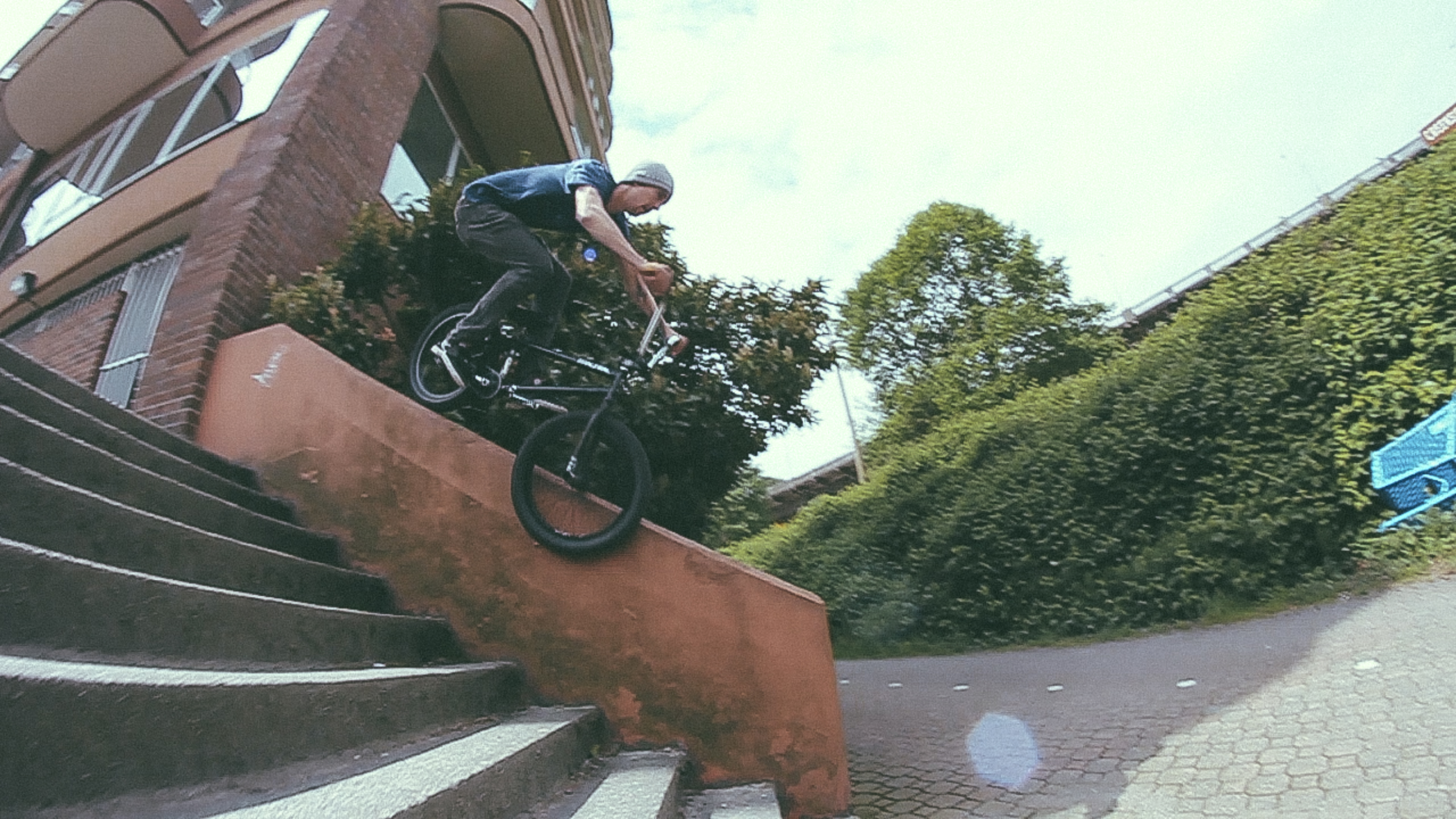 Amos Franke, squeezing a smith in on a short/steep set up.

How about the editing process, did you start editing when accumulating footage or wait until the deadline and everything was in? How long do you figure you spent editing the dvd
I played around with footage right from the start. I always play around with the clips to get the vibe and the rhythm of the riding. It helps me figure out the songs and the sequencing quite a bit.

Over the winter, I was working more than full-time and editing the DVD on the side. By May most of the sections were done except for a few of the newer team additions. Once those missing pieces came through, the project was a wrap.

Having worked on this project where you didn’t have control of all filming it is rumoured you’re working on a new project?
Yeah I’ve got a couple things in the works. It probably sounds a little selfish, but it’s nice to have 100% control over something. I’m currently focused on the footage I’ve gathered over the last few years. The majority was shot while I was working on some other things. It’ll be nice to find a home for this footage.

There are also a few more MacNeil projects on the horizon. I have a bunch of footage of a few of the guys on the west coast so hopefully something comes together with all of that.

I’m always into collaboration projects but the stars have to aline for them to happen. If only there was enough time for all of these ideas, haha. 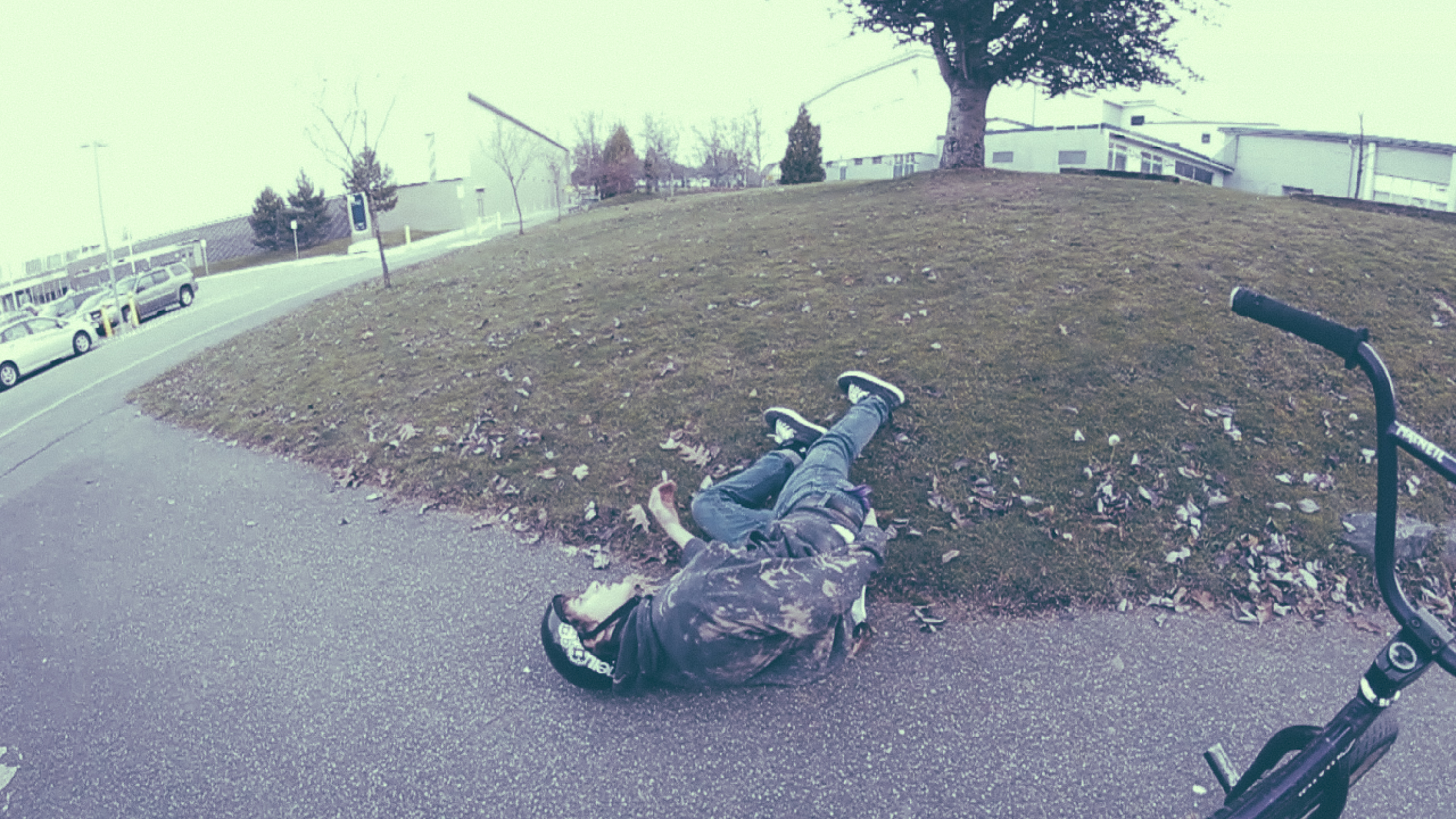 Adam Piatek got worked on a rail. The dude got right back up and banged it out Any Means Necessary.

When looking at the first MacNeil dvd and its impact on BMX and BMX in Canada during that era, did you ever feel any pressure to make this dvd top notch on your end? Do you think the MacNeil team felt that and really kept that in mind while filming?
Yeah man! The original MacNeil DVD was amazing and totally ground break for its time. I try to not focus on what has happened in the past. My goal was to make a video that was fun, and highlight some sick Canadian street riding.

As for the riders, I think simply having a DVD to focus on helps a lot for motivation. It’s also nice to all be focused on the same thing for a period of time. 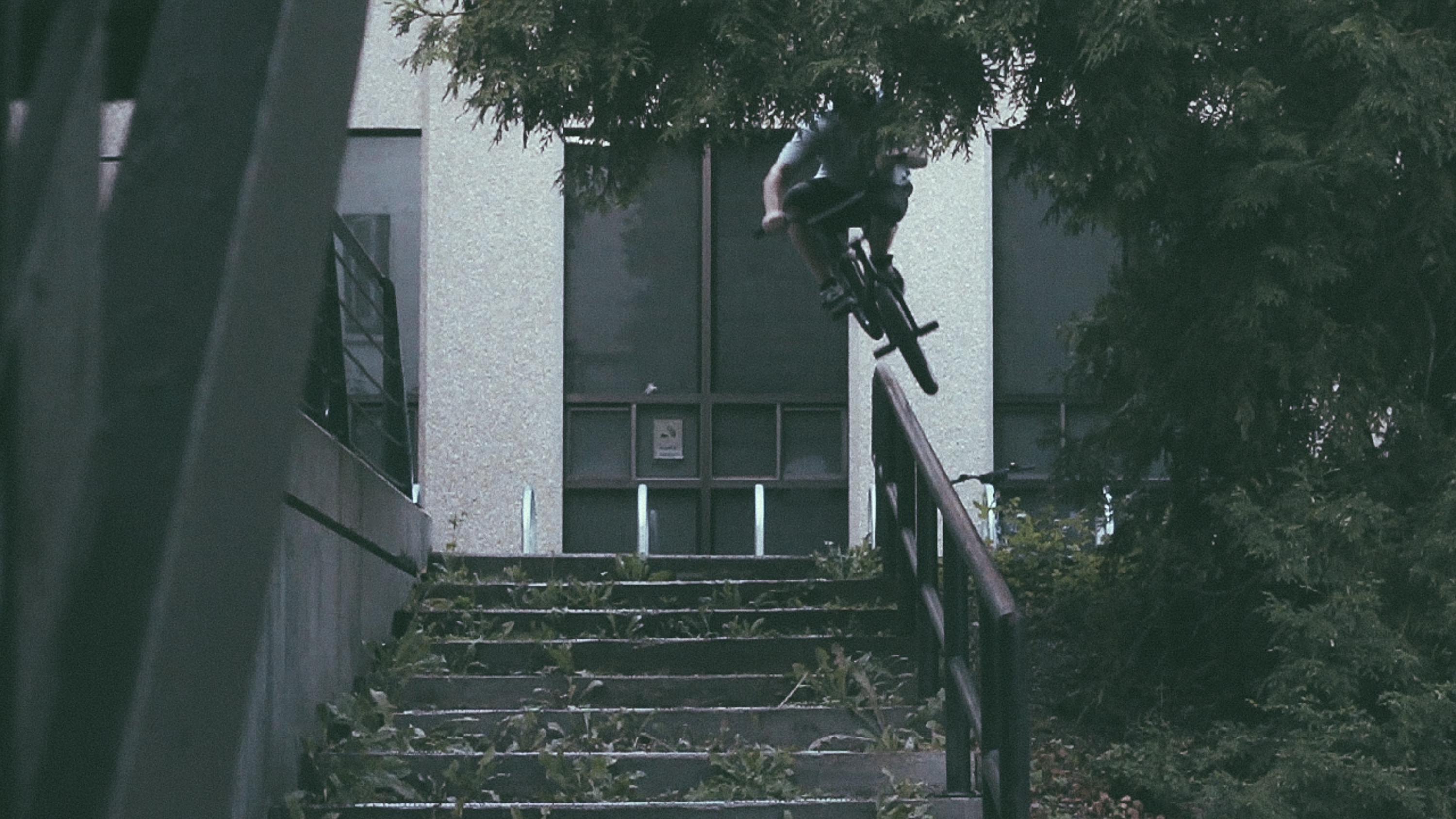 Sam Lowe with an over pegs on “Big Black”.

Any last remarks or insides scoops/stories of funny shit that happened while filming the DVD?

After driving 3000km in 3 days, hanging out in VV, Alberta paid off! Amazing how good the spots and pubs are in small towns. A big thank you to the riders and filmers for making this project happen! Thanks to Darcy and Jamie at MacNeil, Jeremy Deme, and all of the homies for the support! 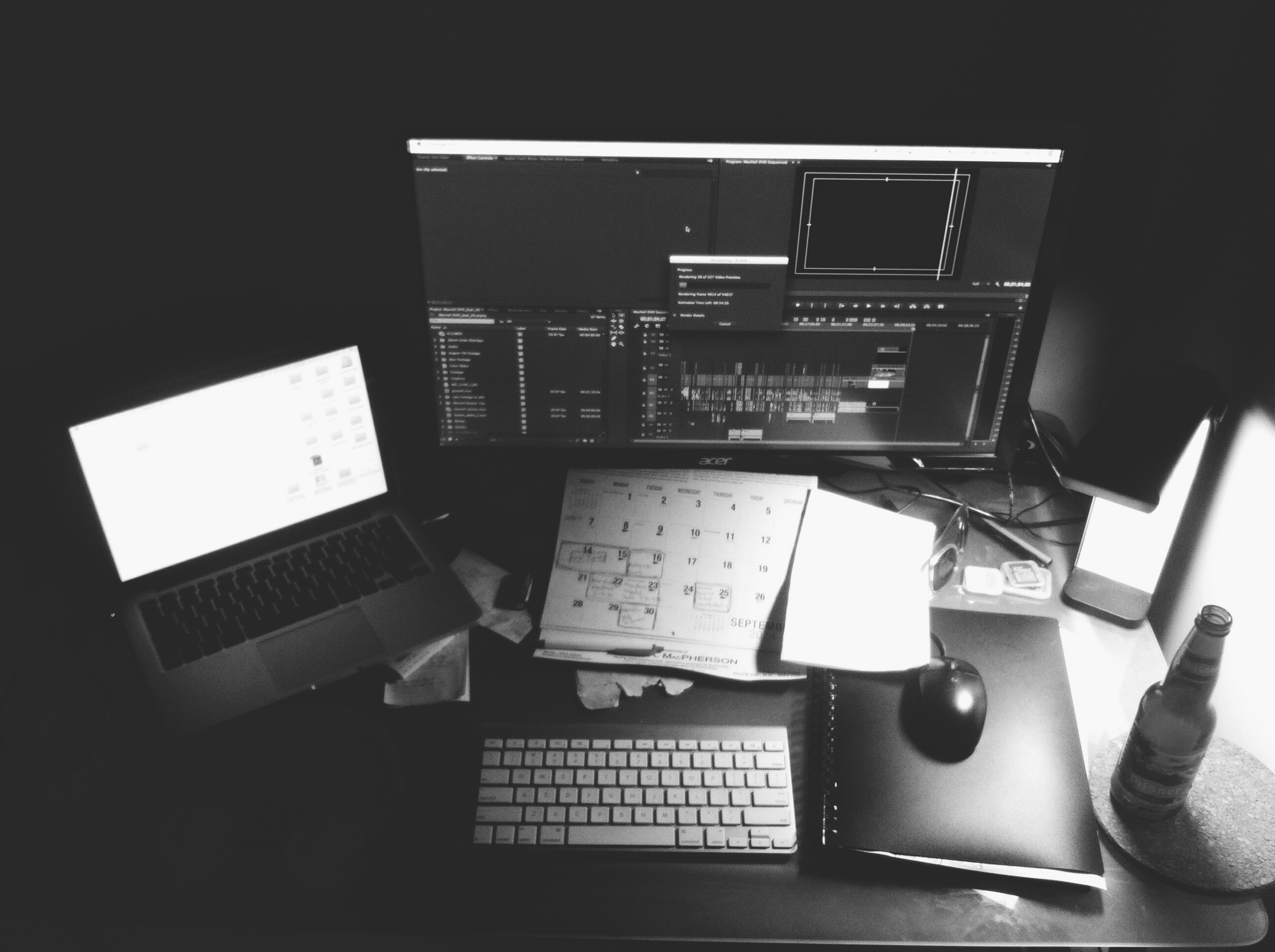