What Is Da Peg Show? 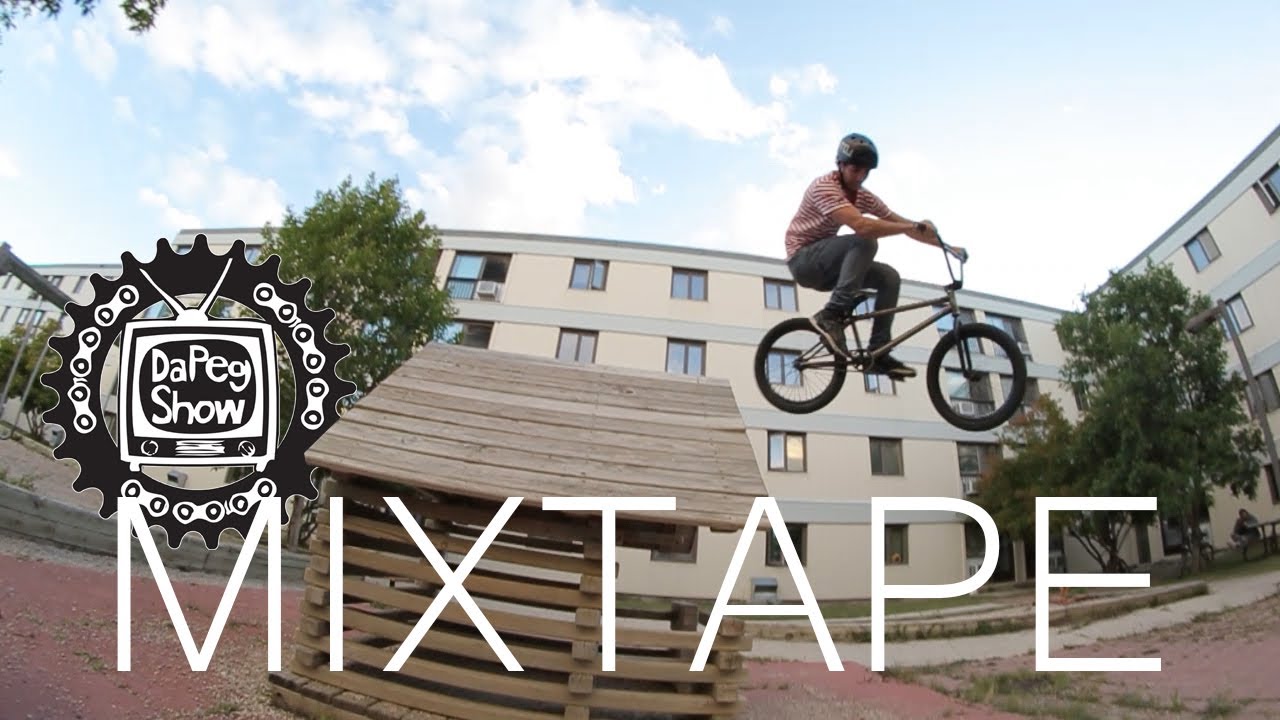 Posted at 08:24h in ARCHIVE by Prashant Gopal 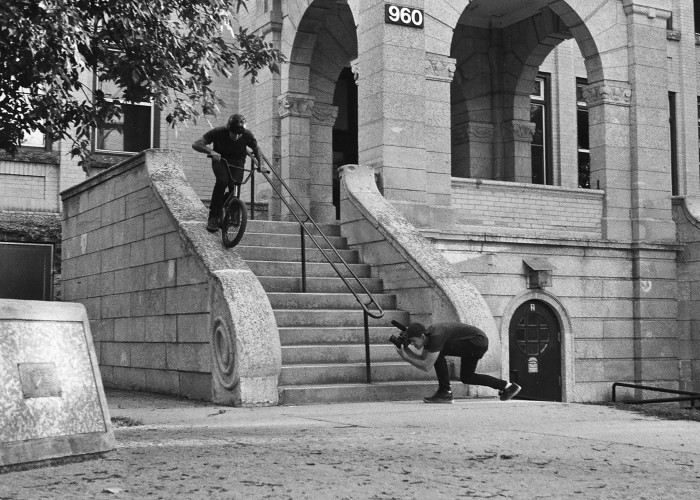 As outsiders looking in, Winnipeg’s BMX scene is booming lately. The riders, parks, and shops are a huge reason for this, but also in part to Philippe Bellefeuille documenting the scene. He’s been making a somewhat-regular Youtube show called Da Peg Show for two years documenting what the Winnipeg scene has been up to in his own style, and we wanted to know a bit more. Check out a quick interview we did with him below.
Also be sure to check out Da Peg Show at all their links:

What is Da Peg Show?

Hah, well Da Peg Show is basically edits that I put out on a regular schedule during the summer here in Winnipeg, I also started getting into the merchandise side of things because well, people wanted some and how hard can it be to make a few t shirts right?

When and how did it start?

It started two summers ago. I had been brainstorming ideas with friends about starting a YouTube channel for a while since I enjoyed watching BMX edits and weekly YouTube episodes, I was really motivated to start something up, I did not know much about producing anything really at the time. Eventually I just had to go out with my flip camera and film the guys at the plaza. I consequently kept making edits because of the support of everyone and my enjoyment filming and editing. 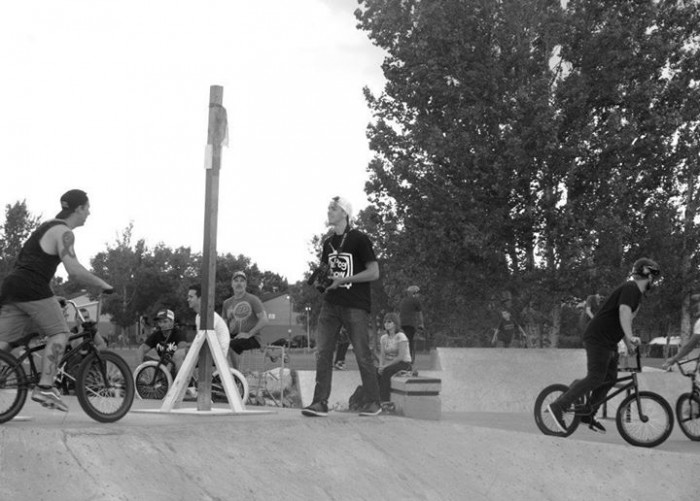 Who is involved with Da Peg Show?

I am mainly the only one running the show, of course there are a hand full of guys who help out with individual things like logo ideas, website upkeep and other random suggestions for me to consider. The more I think of growing the show the more I realize I will need help, I just need to find people who like doing the stuff I need to get done so I don’t need to worry to much about them getting payed other then with free sticker.

What got you into filming BMX?

I think, like most kids, when I saw someone getting filmed or filming I was supper curious on the whole process and just had to try it for myself. I’m not sure of the exact reason why I wanted to get close to a camera. Maybe it seamed cool at the time and then I just feel in love with it. I think now, since I can’t ride because of lower back problems, filming is really the way I get my BMX fix, the whole atmosphere when others land tricks and I capture it. I couldn’t see any other way of being able to keep a strong connection with BMX.

When are you guys doing a Jason Enns edition?

Aw man, last time Enns was in town his knee was still not strong enough to do anything other then ride around, so we didn’t get any clips. But he was definitely willing to film, so next time he is around I’m going to get something done with him which will probably feel like a surreal dream. I also want to do a Jason Enns t-shirt edition or something if I get his permission. I think that would be a good seller for sure. 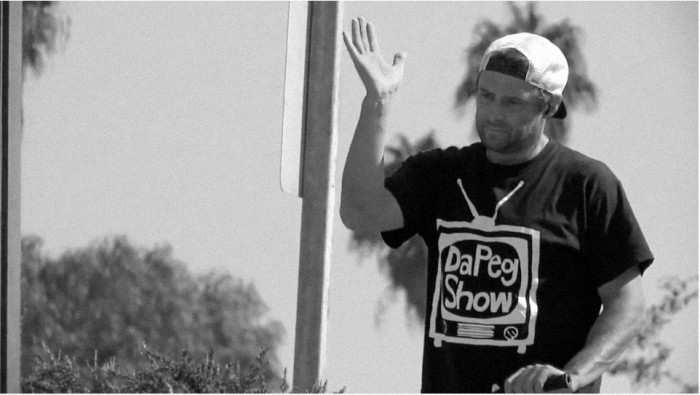 What are some of your favourite episodes looking back?

If I were to look way back in the vaults, I would actually have to go take a look, it honestly makes me laugh looking at old episodes.. But um, yah, I really like a couple of the first ones, like episode 4, I really don’t hate any, they were all super fun to make and they all have there little moments. But yah, I also really like Robbie’s little segment and the Sargent park one is cool too (mainly cos I’m in it hah). But for more recent stuff, the mix-tape is definably my best work so far, it was just such a cool long term project.

How’s the Winnipeg scene these days?

Well with the stupid weather and all here, the depressing statuses were getting a little out of hand, but we have the secret indoor spot that dudes who really need to get their fix in the winter go out and shred at -40 (unfortunately I did not make it out there to film a warehouse edit this year). But ya the scene is growing, every summer I see new faces on BMX’s. It still has a long way to go, but one thing at a time right? 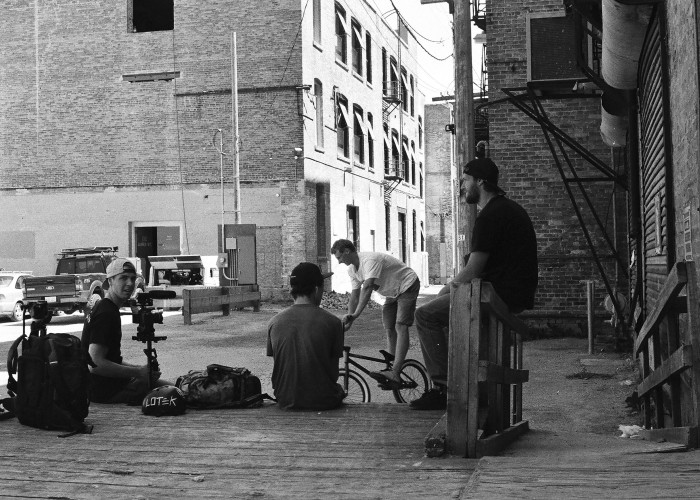 Who’s killing it in Winnipeg as of late?

A bunch of dudes in Winnipeg do stuff that impress me all the time but Shawn Franz would be at the top of my “to look out for” list. That being said just the other day, Colin banged out one hell of a stunt that just makes me realize how talented the Winnipeg riders are. None the less, I can’t wait to film with all the guys this summer.

Since the beginning of 2014 I was already knee deep in working on the show, making some of my school assignments relate to the show to make it enjoyable and to progress the Show. So lets just say lots is in store for 2014. I’m more motivated then ever to make quality edits of the scene here in Winnipeg, continuously looking to collaborate with guys on the bigger scale of things such as magazine articles with Matt Perrin and of course this interviews with you guys. But yah, I spent way to much time working towards a new logo, that is on new limited edition merchandise and I got a blog finally to make sure everything is in one place and will be updated regularly for guys to have a good place to check out the latest local scoop here in Winnipeg. So I’m working on a commercial right now to release the new soft goods, website and what not. I actually better get back to that.

Thanks for this awesome interview, looking forward to doing more collaborations with you guys soon.