What The Hell Is a DWOK? Interview With Jack Leonard 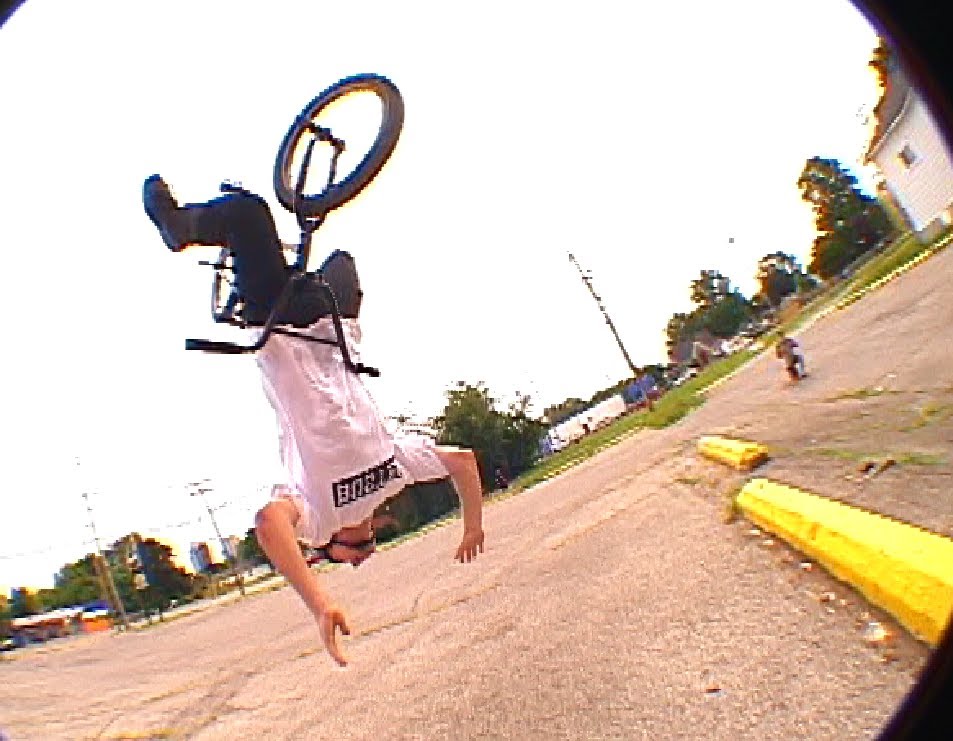 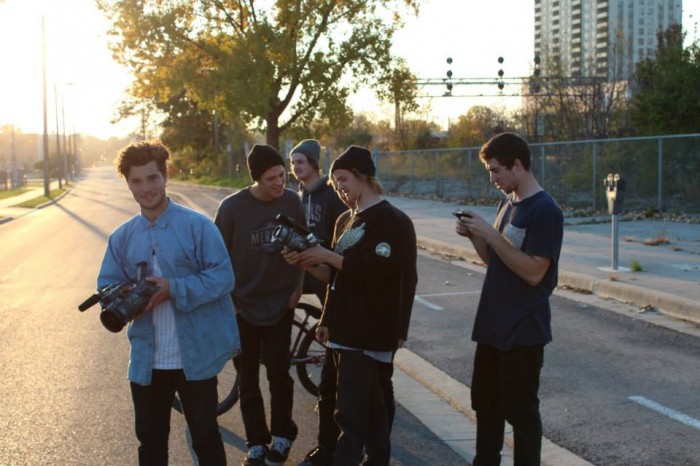 What the hell is a DWOK? What does it stand for?

Uhh, a really good looking biker?? It’s a (terrible) secret. Dads With Out Kids keeps the people happy though.

When did you guys start filming for this project and when did it end?

I guess we started at the end of 2012 when Parker jumped off that billboard. I put together a trailer (pretty much based around that billboard clip and a ton of scraps) and then we had to film a video. We filmed right until it snowed. The last clip we filmed is the last clip in Mason’s part.

You guys originally started hyping it up and promoting it at the end of the summer saying “Mixtape out soon kid”. What took so long for it to finish?

Yeah, that whole ‘Mixtape out soon, kid’ thing was definitely my fault. I put it at the end of the first trailer released at the beginning of 2013. Definitely had no intentions of actually putting it out ‘soon’, but it kept people on their toes, you know? Great marketing tactic.

Outside of London, where else did you guys travel during the filming of this?

We went to Texas, Montreal, and Toronto, but most of that footage got used in other web edits. Almost all the clips are filmed in London, which I’m psyched on. 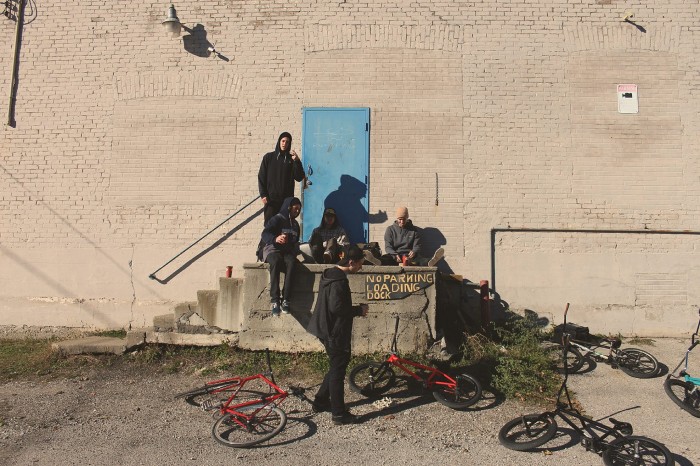 In an age where the timeliness of getting a web edit seems to be on riders minds, you guys chose to film a mixtape and approach it like a full on DVD. What made you guys all decide to put this out as one big project and not divide up everyone’s footage in to their own videos?

I guess everyone was just psyched on putting out something together. All those dudes love watching video parts. They’ve always got Cuts or a 90East video on repeat at the DWOK house. Video parts just have a timeless feel, you know? Web videos are here today n gone tomorrow.

I didn’t make it the premiere, but from what I saw you guys made life size cardboard cutouts of yourselves and sold strictly VHS copies of the video. What was the motivation behind that? You guys are too young to even remember BMX videos on VHS!

The premiere was nuts. Shousous to anyone that made it out! The cutouts were sick, man. That was all Tom and Eli. It gave people something to do once the video was over. Yeah, I definitely don’t own a single BMX video on VHS lol. We just thought it was a fun idea, and after some googling we found out it wasn’t impossible to do. I feel like everyone knew it was going to be released online, so its more of like a collectors item. There’s a ton of bonus footy though if the online version didn’t do enough for ya. Still got some copies floating around. 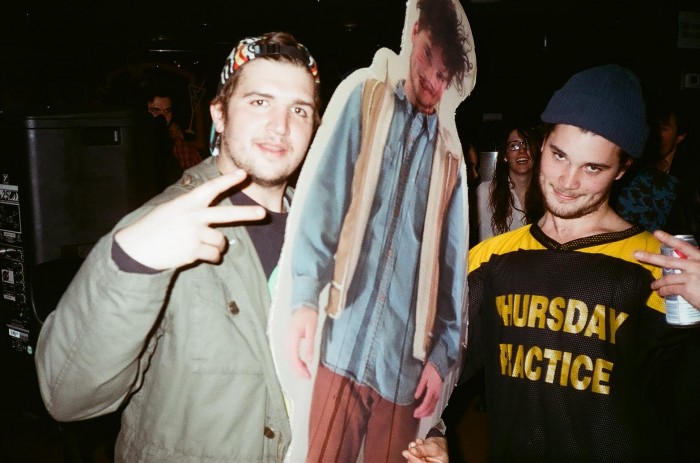 It was primarily filmed by you and Mason Gray, and you handled the editing duties, which I have to add were great. Lots of weird stuff cut in, without detracting from the content itself. It reminded me of the early Baker videos. What sort of things influence you when it comes to editing and filming?

Man, that’s a huge compliment! I love skate videos, dude. Probably watch that shit just about as much as BMX videos. The little ads and goofy clips in the video make it easier for everyone to watch. I’m constantly thinking about editing. Any time there’s a spot in a song where it drops or stops I’ll make that ramped slow mo noise (guess thats kinda weird though). Music plays a huge influence in editing for me. I love finding that perfect song. Shousous to everyone that helped film aswell. Couple of the homies really know how to hold it down behind the VX (fisheye at least lol).

Not to stir up debate, but why the VX?

I’ve always had one. The footage is timeless, man. It bums me out that people are too lazy to deal with tapes and all that shit. The end result is so much more satisfying. I wish more people still filmed with them. Gotta love skateboarding for that. 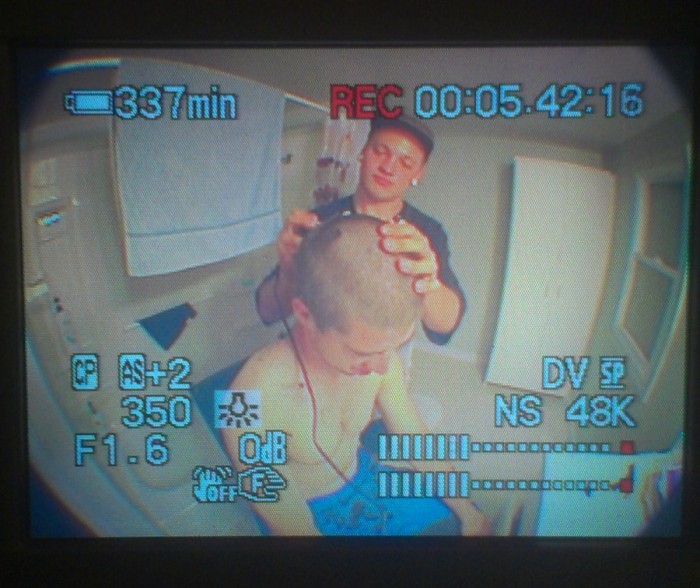 You had a split part in the beginning with Tom Hrnivich, and I felt like you almost were trying to play down your footage. Was this just a case of not trying to shine too hard on your own project, or were you saving stuff?

Mmmm, wasn’t really trying to play down my footy. Editing your own footage is weird and hard. Having a split part made that a bit easier, and Tom was super down with the idea. I love a good split part. Tom and Edwin in Fitlife??? DuhHHHHH!!

London, ON has a BMX scene that I think is often overlooked in the rest of Canada. The internet world has been aware of Eli Taylor for some time, and a few other names, but the video was full of a lot of names I truthfully hadn’t heard of or seen riding from before. Why do you think about that is and what the hell is going on in London?

Man, London’s tight. I used to bash it for the longest time, because I grew up in Toronto and always thought London was this lame small town with no culture, but I learned to love it. We’ve got so many spots, dude. There are probably a bunch of dudes nobody has heard of in the video. Lemme do a lil run down for you. Tom’s a stone cold G. In between doing bars n whips he finds time to study for his PhD in Bio Physics. Dallas is a style god. Could probably make a tire grab look good. Owens a dude that people might not know, but has that timeless 4 pegs steeze that you should probably get familiar with. Erbody knows Eli the 4 peg bandit. Watch out for his part in FU666, finna be mental. Lots of people probably don’t know Mitch. He’ll ride of your roof and then puke on your girlfriend by accident. I think Parker’s riding probably caught a lot of people off guard. He’s a total loose canon. You won’t see him for a month and then when you do, he’s doing a trick you’ve never seen him do before. It’s tight. And then there’s Mason. Couple people probably know him. He’s got that timeless steeze that everybody sweats. He’s finna blow up, so watch out for that. 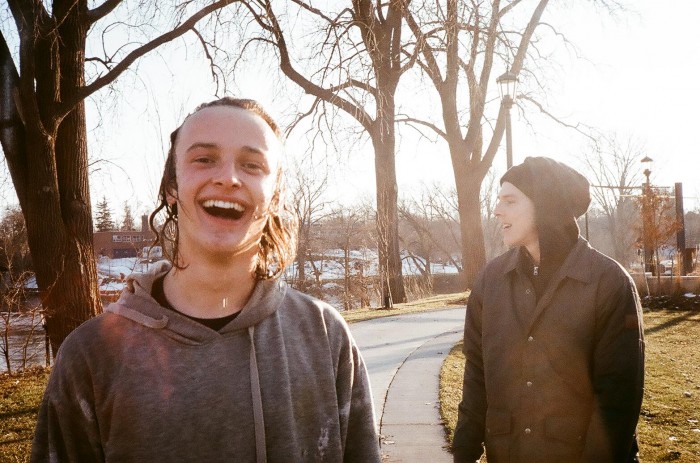 What do you guys have planned next?

We’re trying to keep the ball rolling. Got lots of things in the works, but I don’t want to give away too much. Obviously gonna do some tees and what not, but we’ve got some big things coming, so just keep your lil eyes peeled. Also I’ve got a lil clothing side project in the works with a homie, so look out for that too.

Anything else to mention or shout out?

Shousous to you (Prashant) for this interview. These questions were tight. Shousous to everyone that helped in anyway, y’all are what keep me ticking. Shousous to Sony for still making tapes. Shousous to MacNeil for keeping my bike looking cool and feeling hot. Shousous to all the security guards, drug addicts, and hood rat kids that made the video what it is. G bless.

For a little bit extra, Jack sent over a track listing of the songs used throughout the video. If you’ve seen it yet or not, you can check out the mixtape below.