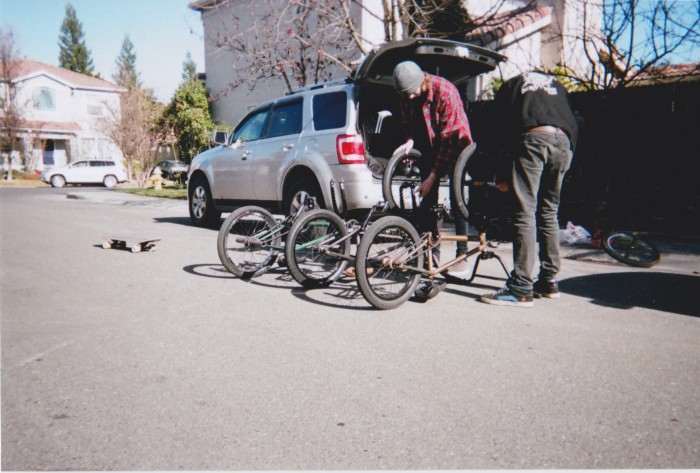 At the beginning of January, Dan Irwin, Mike Carroll and myself decided to get out of the shit storm that is a Canadian winter and head for a ten day road trip through Cali. It’s always been a dream on mine to be able to go to there and it couldn’t of been any better. From sleeping in the ghetto, to staying in BMX sanctuary’s out in the mountains the trip had it all. I brought along four disposables with me but I lost one in Portland and the other had to be sent away. The photo’s below are from one Black and white disposable and a colo disposable from Sacramento to Santa Cruz. We got off to a great start for 2014 and now I just want to get back back out there.
– Kerr Bilsland 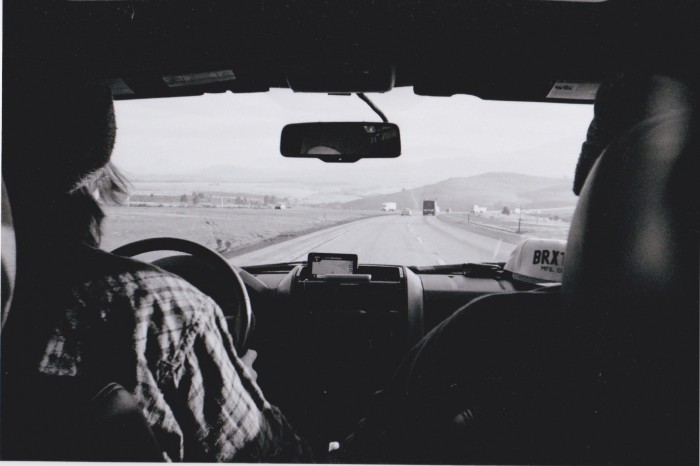 Mandatory driving in the car shot. 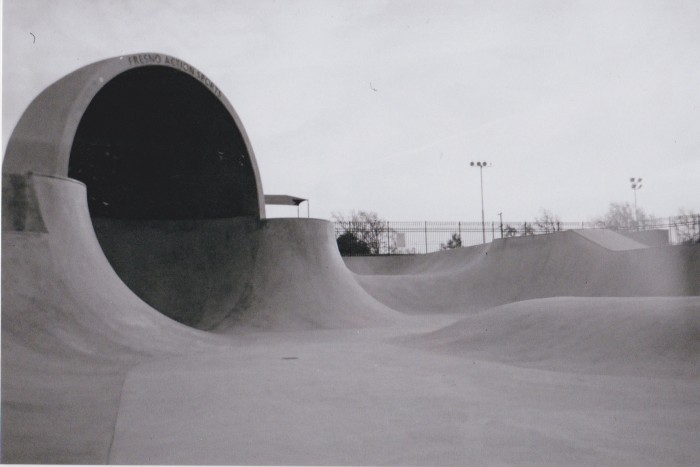 The Fresno Bike park, I think these photo’s can speak for themselves. 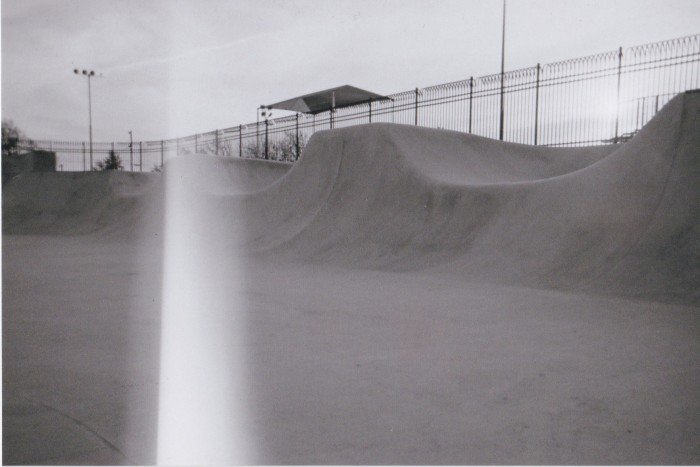 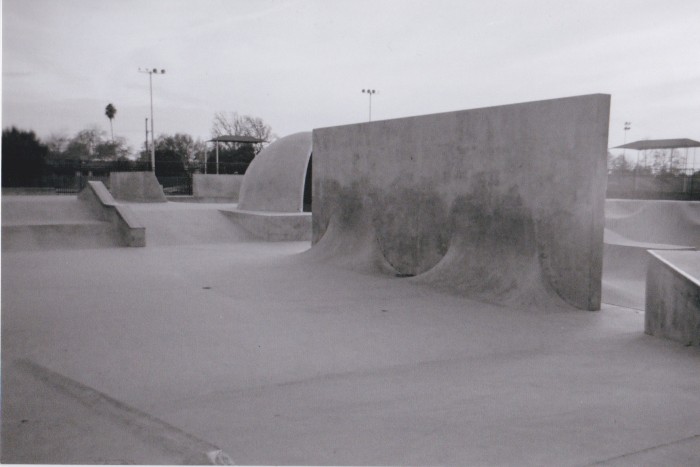 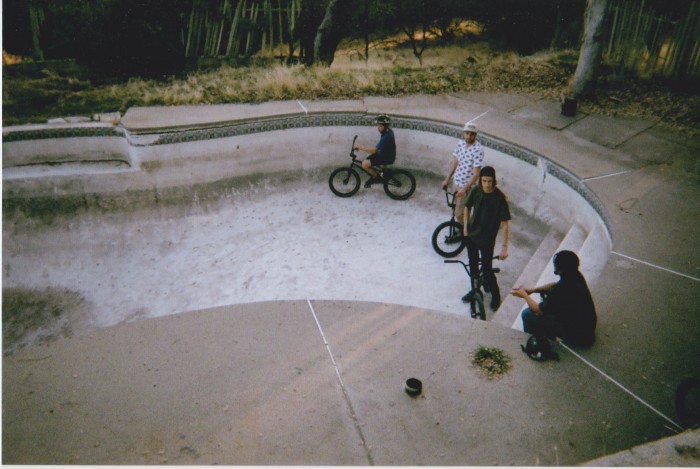 Waylon has to be one of the raddest dudes we met on our trip and all of us can’t thank him enough for his hospitality and showing us some amazing spots like this pool. If your ever in Fresno be sure to take the 45 minute drive out to the BMX sanctuary, you won’t regret it. 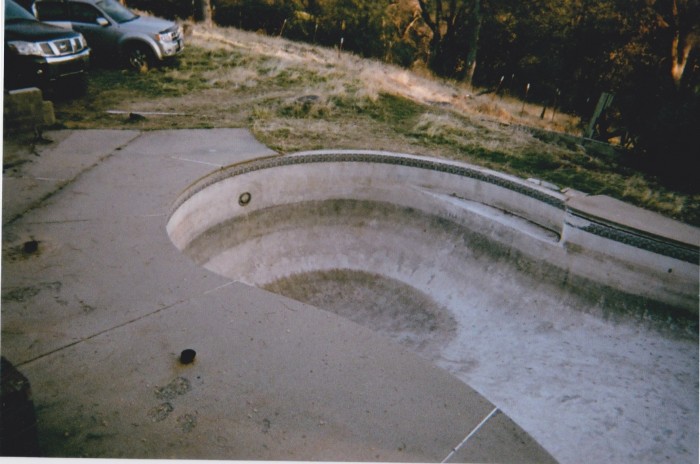 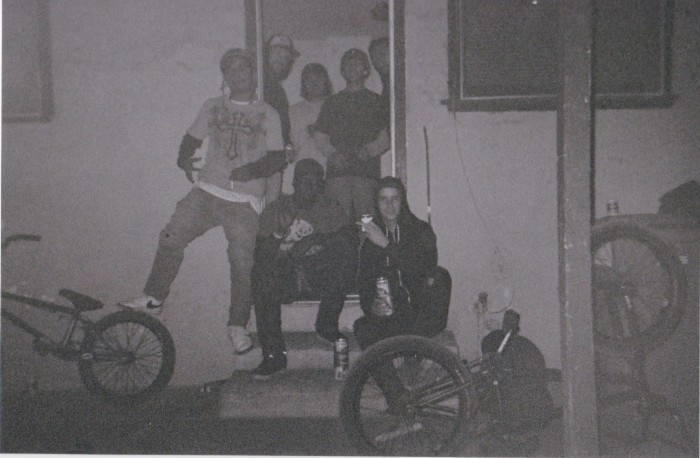 This was the night we slept in the hood, with gun shot’s going off and our sleeping quarters consisting of a burnt mattress Dan and myself made sure to get to the liquor store as quickly as we could. Shouts the the Fresno dudes you guys were awesome. 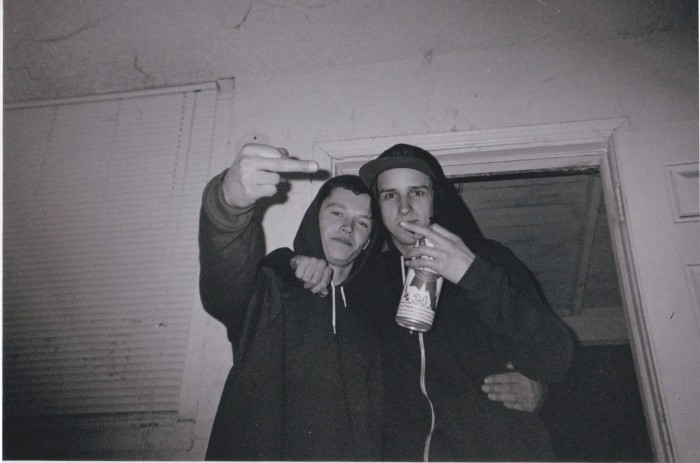 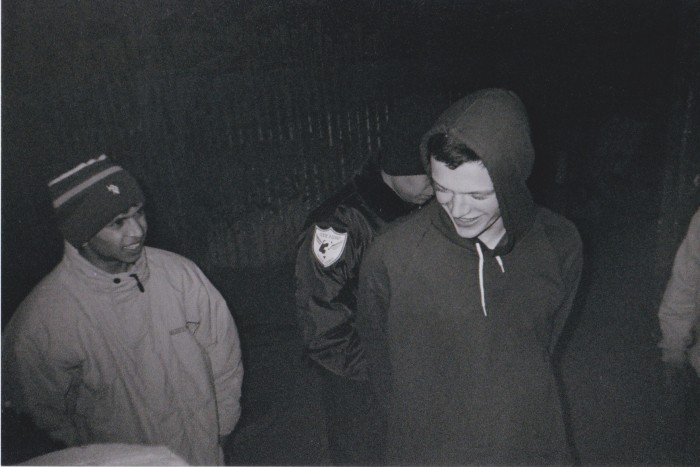 Near the end of the night a security guard came by and we where all pretty drunk by this point so we asked if he would put us in handcuffs so we could get some funny pictures. 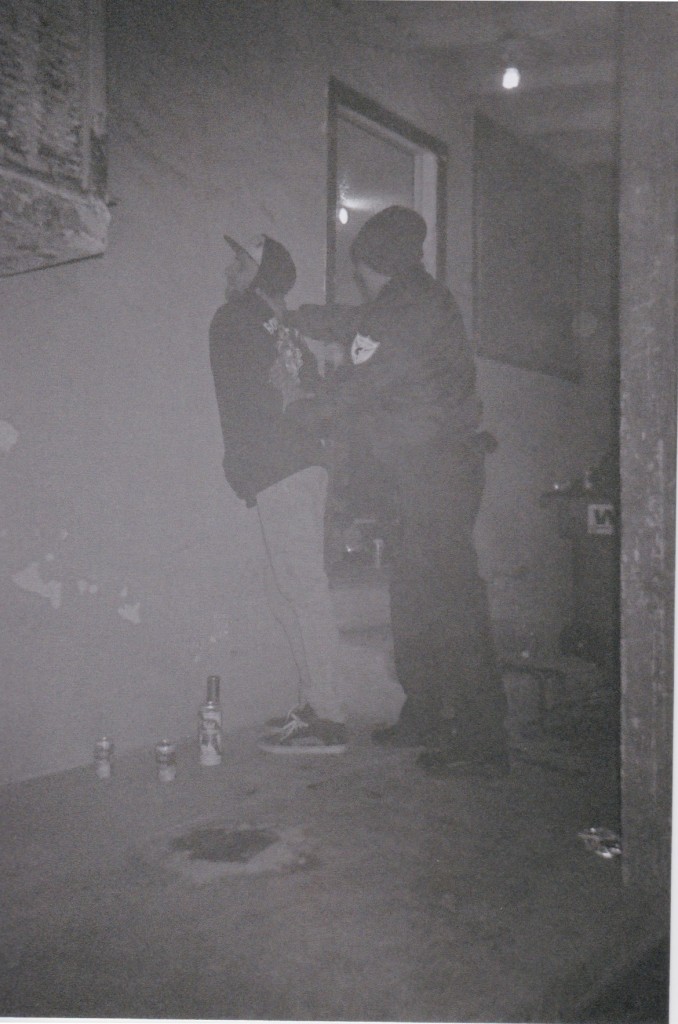 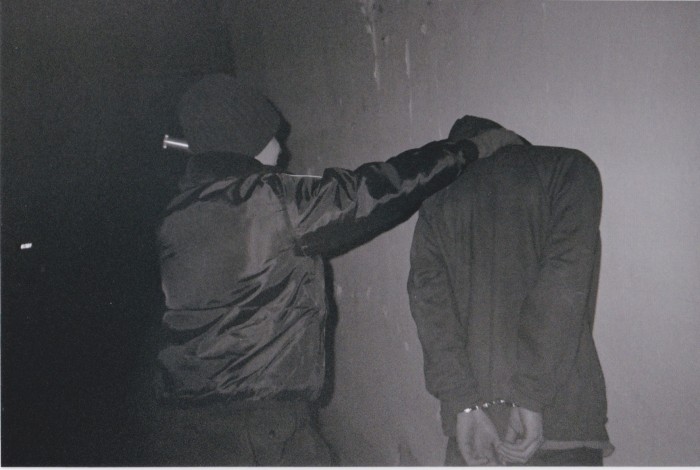 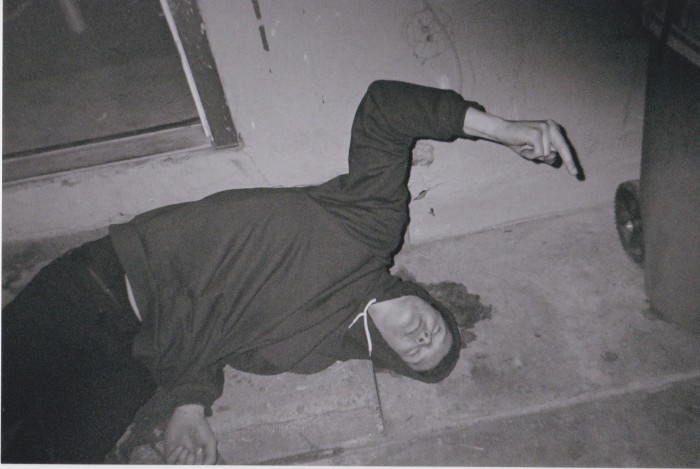 Yeah I got drunk once. 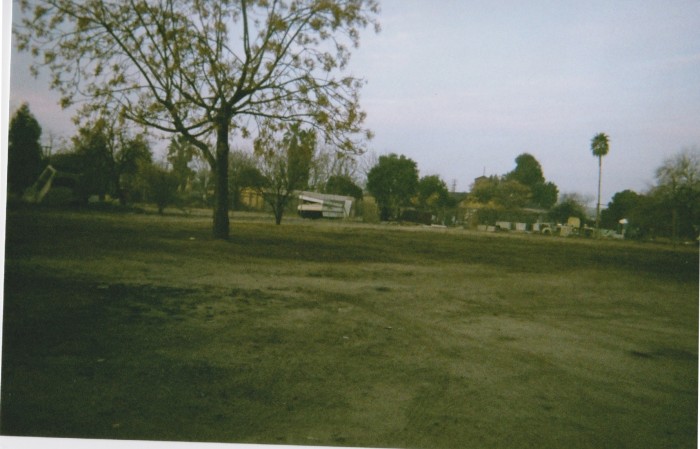 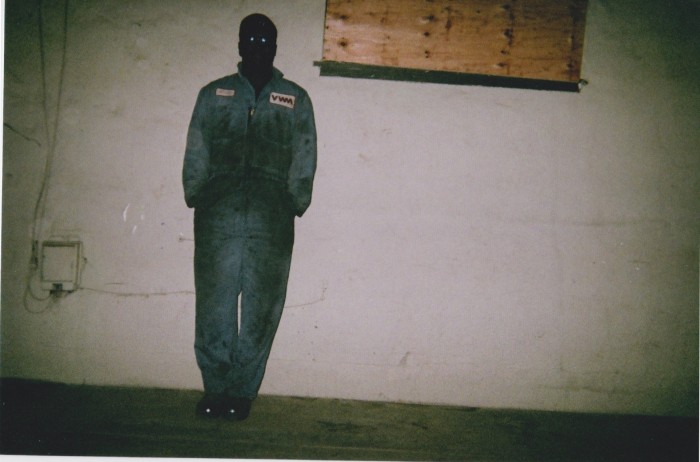 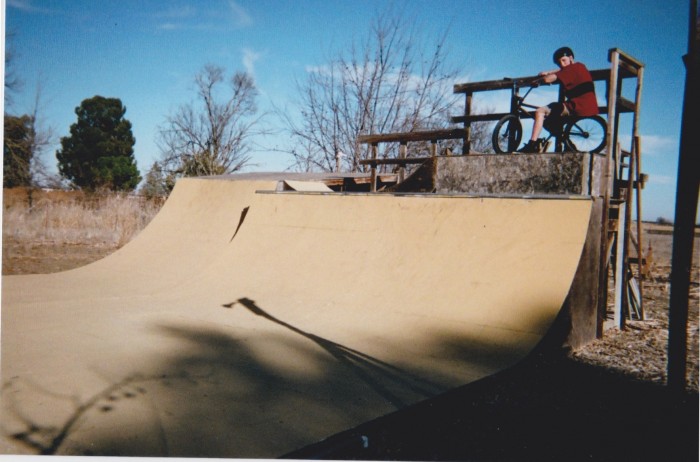 Tristan Adams sitting on top of his ramp in Sacramento, thanks for showing us the parks and giving us a place to stay! 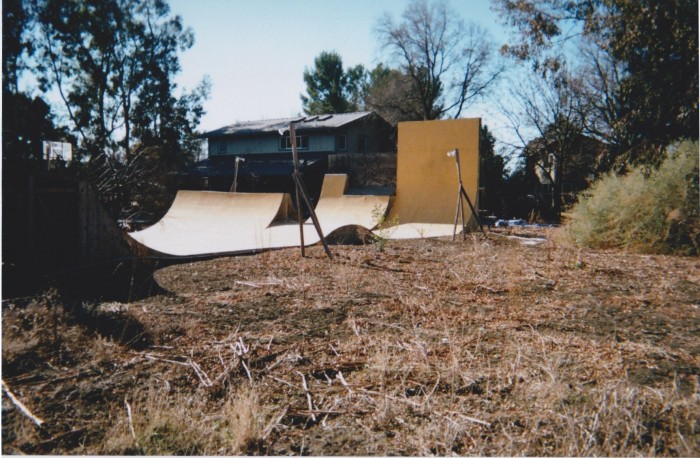 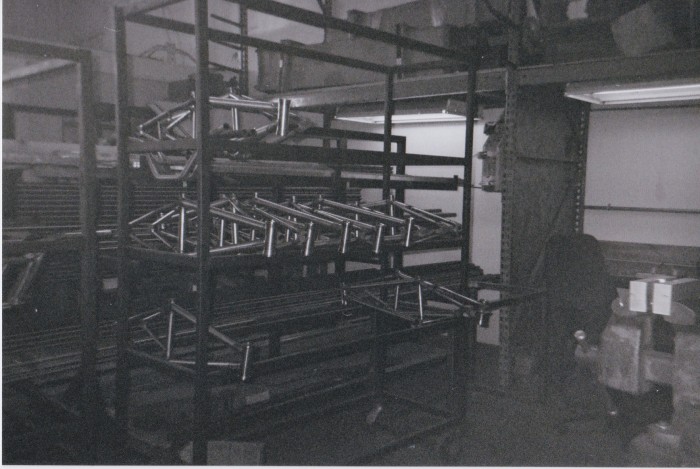 Stopped by Solid bikes and Aaron Huff was kind enough to let me take a couple picture. It’s safe to say after going there I plan on trying to support Solid as much as I can. 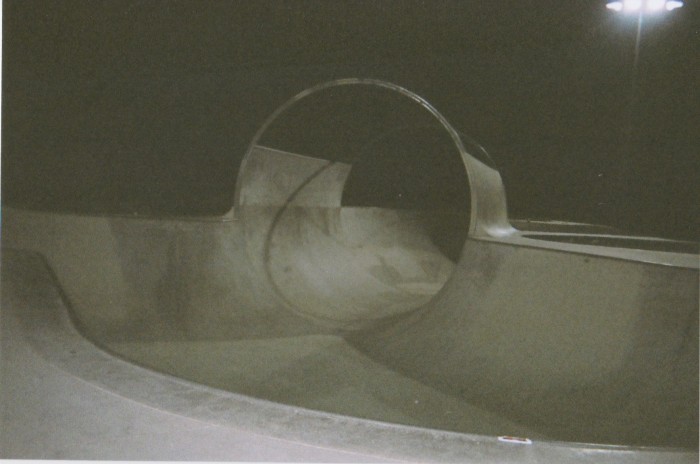 Power in Skatepark. This place has around 10 skateparks in one, America. 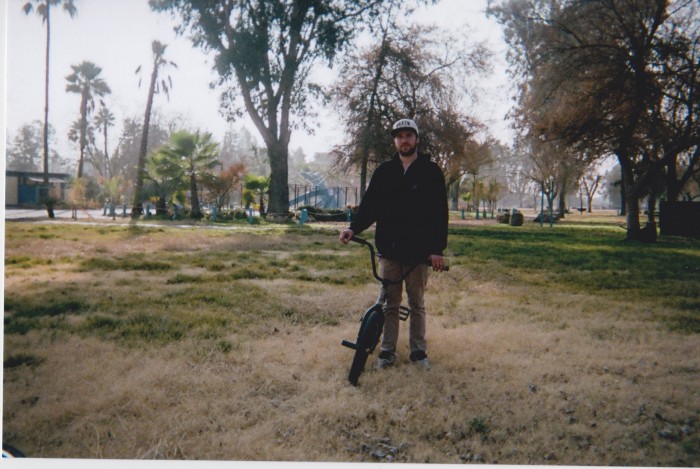 Dan outside the Fresno water park. 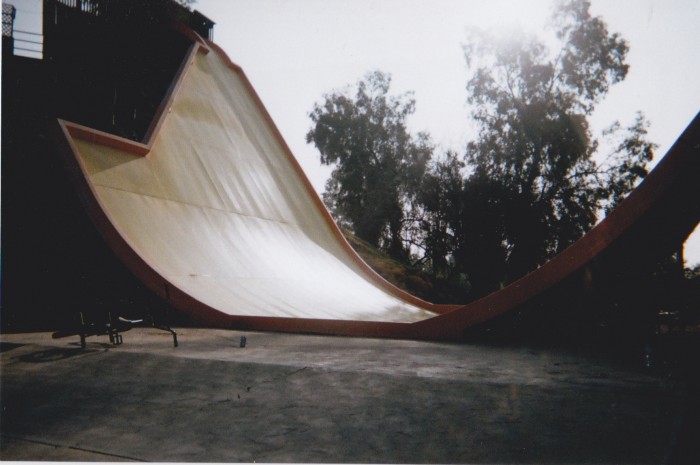 Sources say the empty beer can beside my bike was shotgunned by Steve Crandall a couple days before we got there, there was around 11 more in the vicinity. 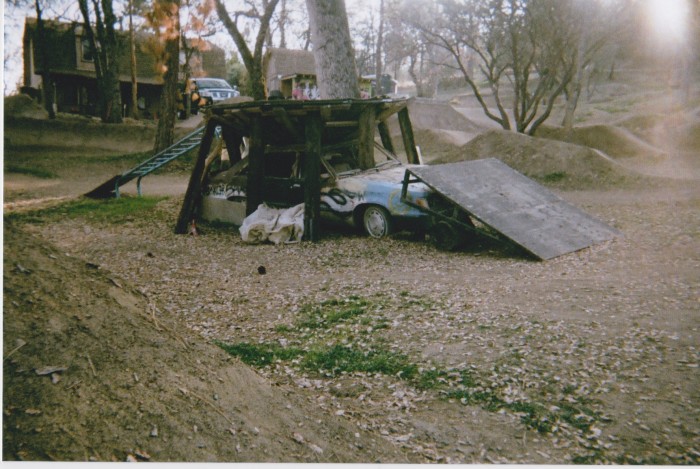 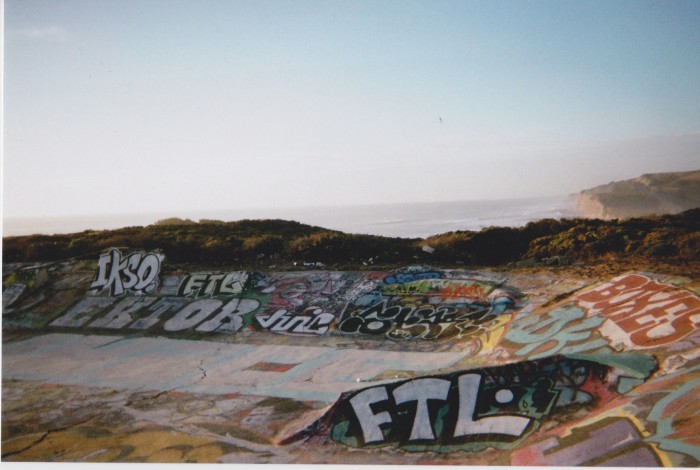 Before the trip I remember watching a video of the Davenport ditch and saying to Dan “Fuck it would be a dream to go there”. What’s the first thing a local tell’s us when we roll up to Ryan Nyquist’s park, how to get there. Definitely my favorite part of the trip. 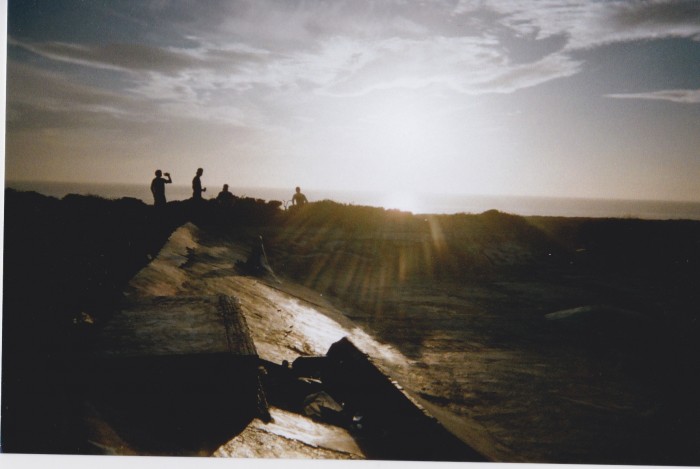 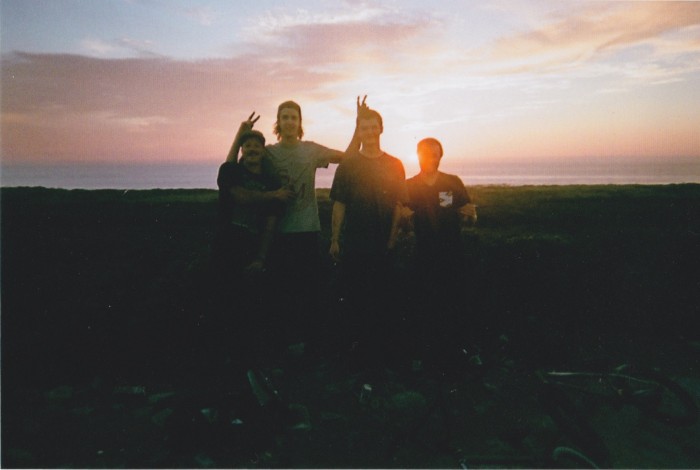 The last photo on the colour camera, turned out a little shitty but nonetheless a good ender and a great picture of the boys. I’d like to thank Jesse for Scanning these photo’s for me and Oak Bay bikes for getting Dan and Mikes bike built up with some new and also dialling in my own whip. Thanks to everyone who gave us a place to stay, anyone who rode with us or just had a couple drinks, You guys made everything possible.
– Kerr Bilsland