Posted at 05:08h in ARCHIVE by Prashant Gopal 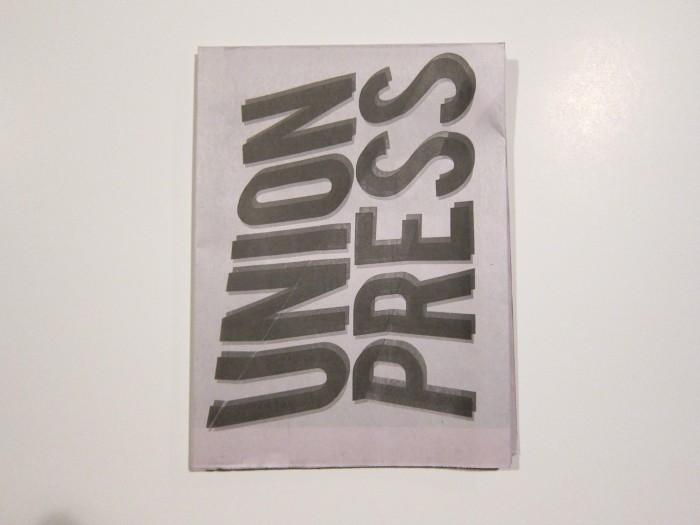 The fourth and final issue of Union Press is finally complete and now available. Those that aren’t familiar, Union Press is a Canadian BMX newspaper with photos, profiles, stories, and drawings by Brad Hill and Prashant Gopal (myself). After a few hiccups with printing, we’ve finally finished our latest issue, which will also be the last. We’ve put out four issues in the span of two years, and thousands upon thousands of copies in to the hands of riders all over the country. Putting together a paper of this size and scope is not an easy task, but it’s been an incredible learning process the whole time, and a small way to give back to a community and sport that has motivated and inspired us all these years, and all the publications and independent projects that have come before us. While it’s bittersweet to end a print project, shutting it down will allow us to concentrate more energy on our other projects (this website being one of them).

The issue will begin shipping January 2nd, 2014 and be available for free across Canada in better bike shops and is distributed by Ten Pack. Inside you will find a profile on Greg Henry’s Bridgespot, Mike Fiz’s favourite things in Montreal, a joke column from Greg Flag, and a whole lot more from various contributors such as Charlie Coombs, Zach Rampen, Luke Santucci, Charlie Crumlish, Matt Bosco, Riley McMaster, Trent Barker, and Dave Scott. On top of 4 broadsheets full of great photos and content, you’ll also get four fold out posters on the backside from MacNeil, Eclat, BMX Gallery 4130, and BMXFU.

For those that don’t have a reliable bike shop in close distance, or live outside of Canada, you can also order a copy from our online store, which will also come with one of three limited edition stickers. Check out some more photos from some of the spreads below, and look for copies in your local shop soon. 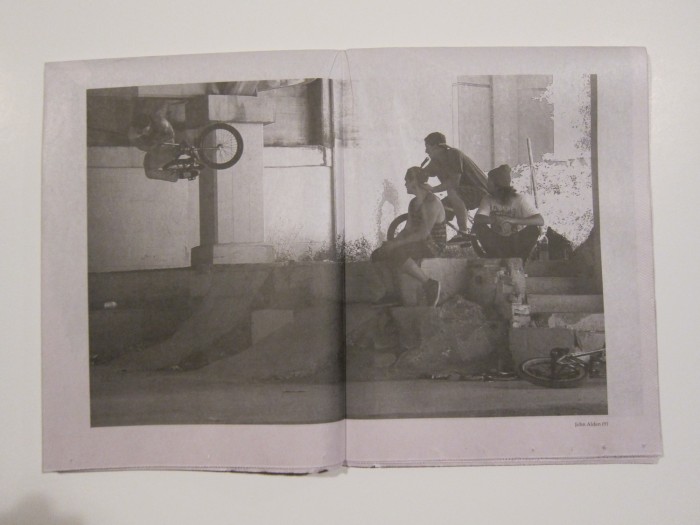 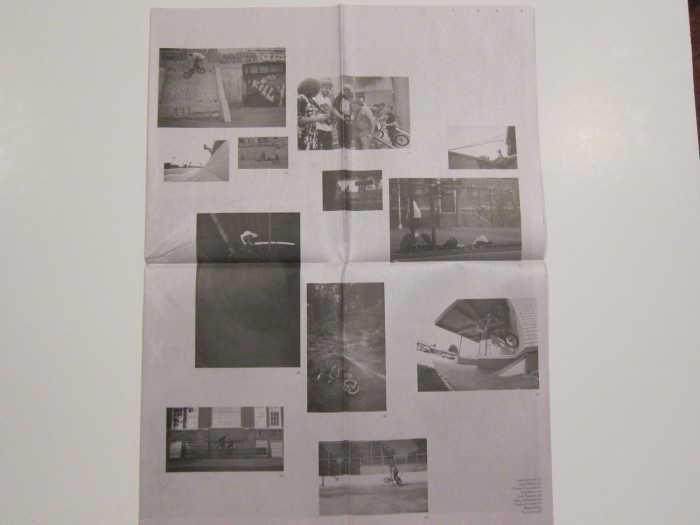 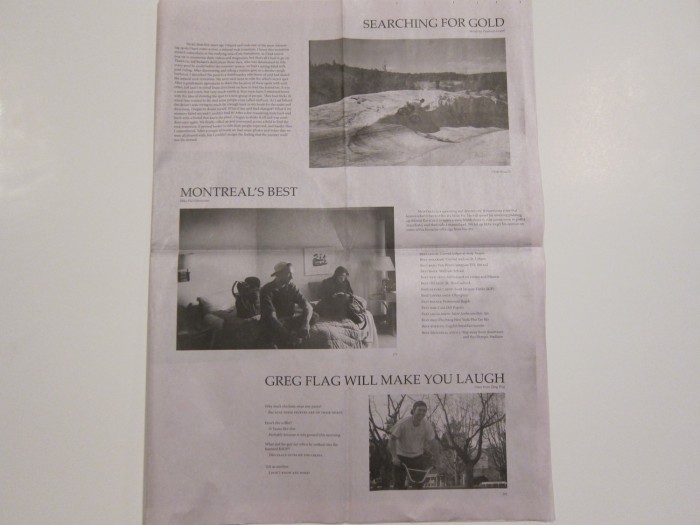 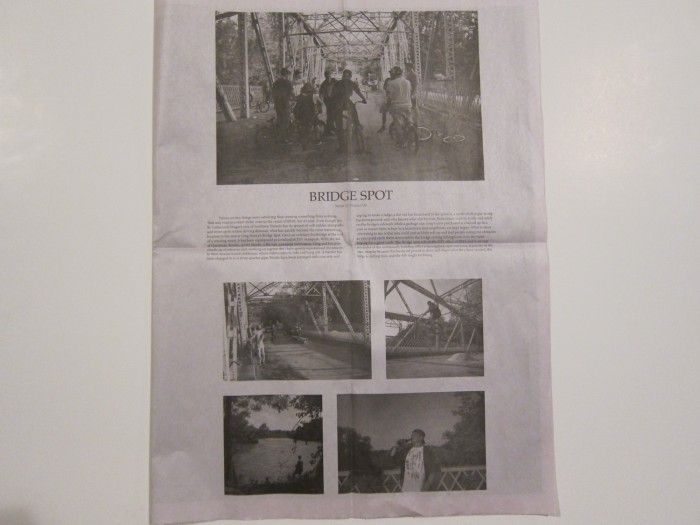 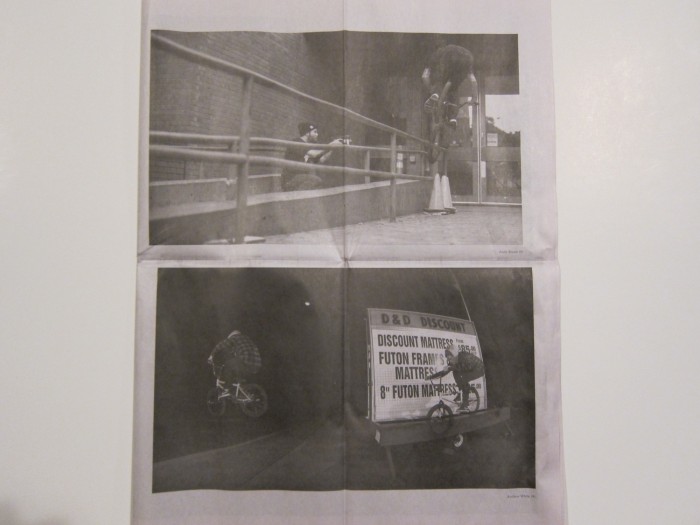 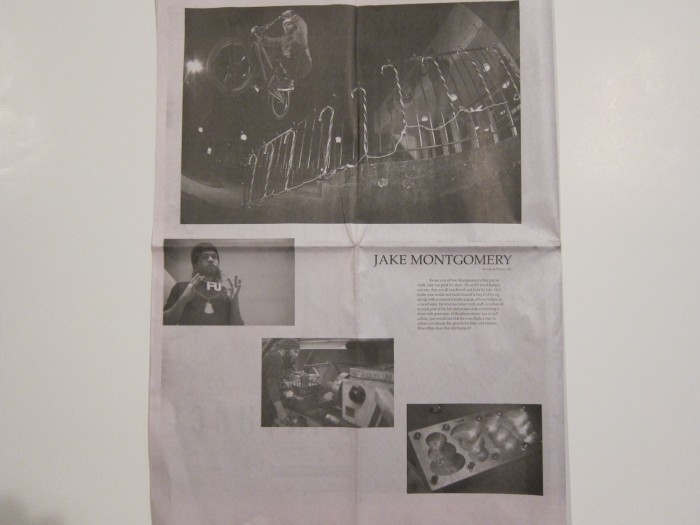 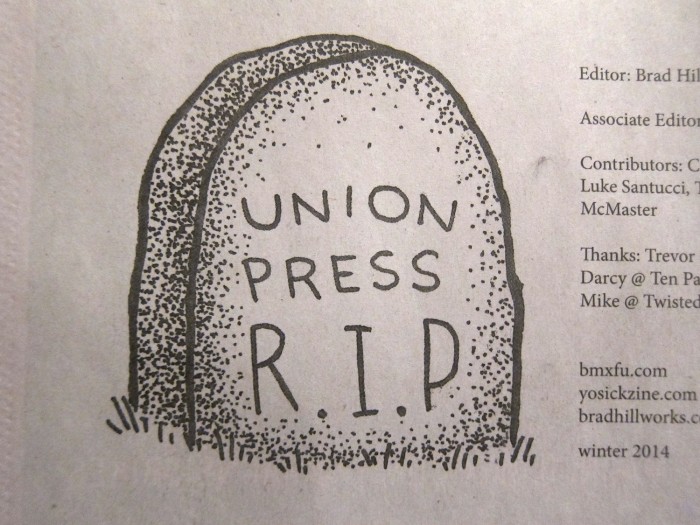