Posted at 13:05h in ARCHIVE by Jeremy Deme 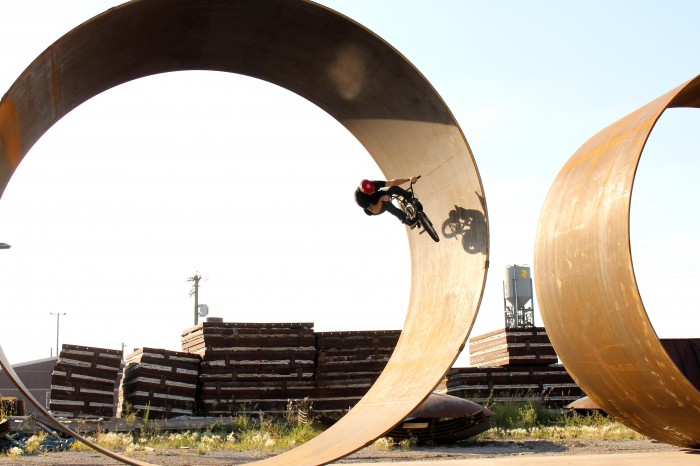 “Dan has been killing it on a BMX for a long time. And Trucker Dan has been a familiar name in the Canadian BMX scene as far back as I can remember when I first started to pay attention to BMX media. I first met Trucker almost 4 years ago when I first moved to Edmonton. Everyone I lived with, and chilled with spoke very highly of Dan, and I soon found out why. He obviously has been an awesome rider for a long time, but he is also one of the most easy going, and nicest people I have met, and hung out with. Up until the past 2 years we didn’t get to ride together too much as Dan had been suffering from some back injuries/problems that had kept him off his BMX for quite a while. Taking more than a year off from doing something you love, and have done for most of your life isn’t easy to do. But in his case it was what he had to do to get better. Myself, and lots of others are stoked he is back riding like he use to! Regardless of Dan not being on his bike for a while he still stayed pro-active in the BMX scene by making it out/helping with events, jams, and has been working at Transition BMX helping support the Canadian, and Edmonton BMX scene. I’m stoked to know Dan, and be able to say he is a friend of mine. And it’s awesome to see/know a rider like Trucker still on it, having fun, and giving back to BMX whatever he can. Here’s a recent shot of Dan doing what he does. Keep shreddin Trucker! “