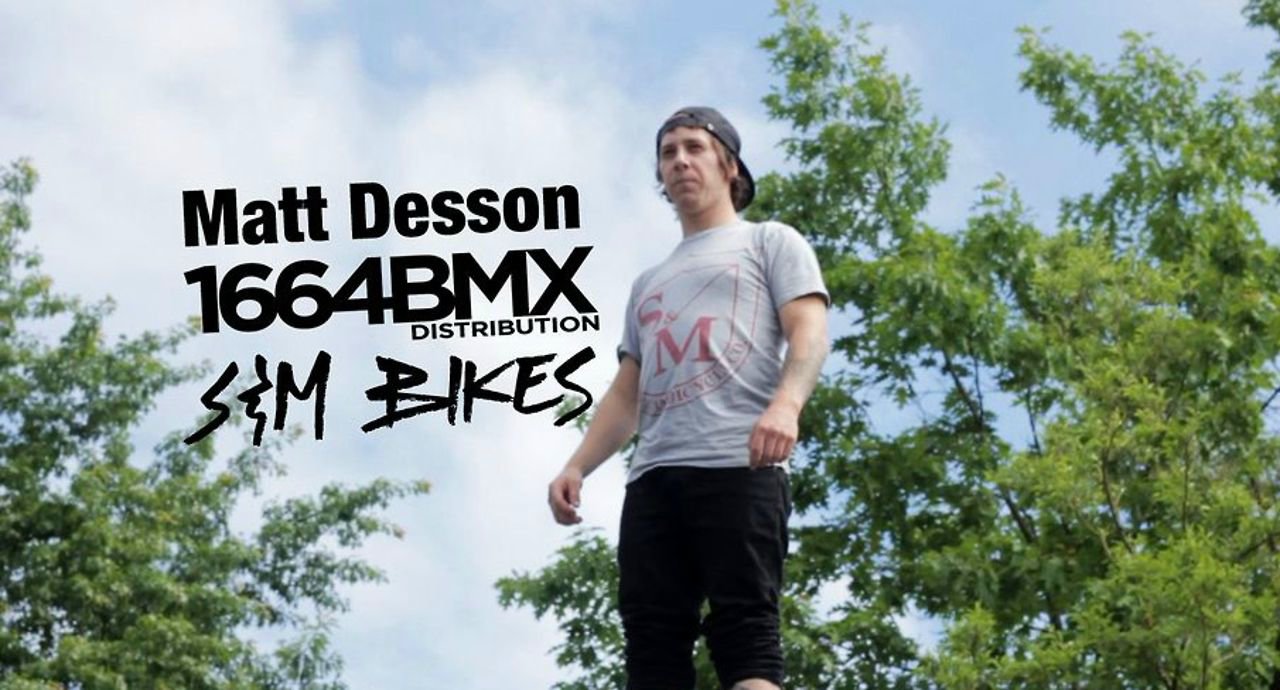 Posted at 09:04h in ARCHIVE by Jeremy Deme 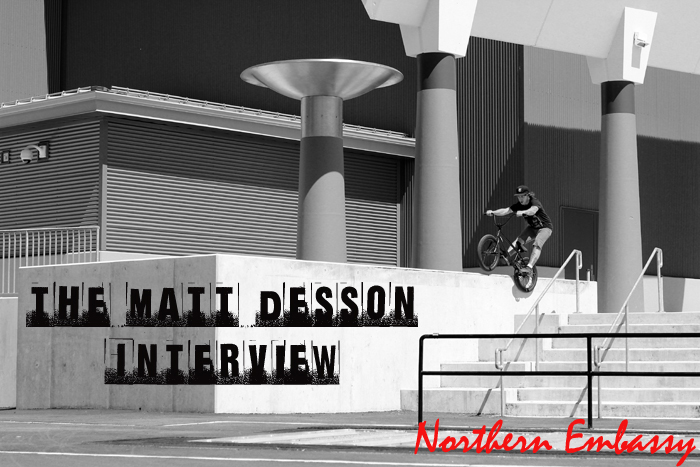 Matt Desson has been a part of the Canadian BMX scene for well over a decade. From Street Justice to Notro, Seshin to S&M, Kelowna to Vancouver, and a bunch in between, Desson has been representing Canada the right way for a very long time now. Read on to learn more about this Okanagan raised/part time bowl shredding skateboarder/machinist. 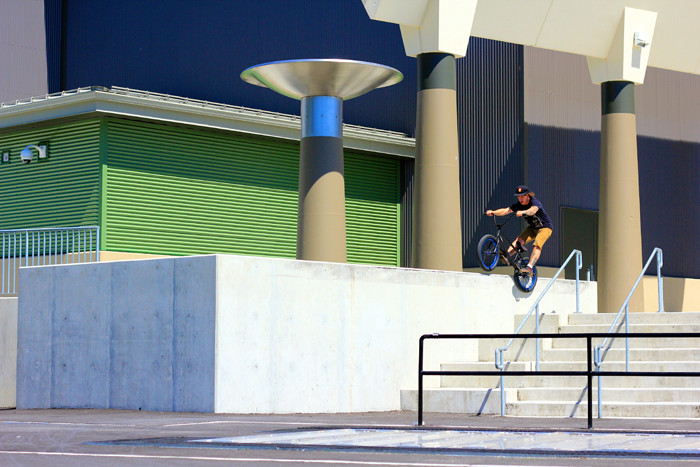 How long have you been riding?

I started building jumps and ramps in my parents garden when I was like 8 or 9 and then started racing the year later so id say like 15 years?
What was it like growing up riding in the Okanagan?

Growing up in the Okanagan was pretty sick. Winters are shorter then most of Canada and summers are long and hot. The lake was a 5 minute drive from my parents house and the forest was a block away. We had a set of trails in the woods which was where I spent a large amount of time in the spring and fall seasons. Ben Lee skatepark was like a 30 minute drive but since all the dudes I rode with were older there was always a ride out there.

Why’d you move to Van?

I moved to Van because there was no machinist jobs in Kelowna and I was sick of doing the same thing everyday. I was coming down to Vancouver to do my 3rd term at BCIT and right at that time Jeff (Evans) and Greg (Henry) were moving here so I decided to say fuck it and stay after my schooling was done. Probably one of the best decisions Ive ever made.

Best and worst things about Vancouver?

Best thing about Van is the life I get to live. Riding almost everyday. Hanging out at the beach all summer. Partying way to much. The worst would probably be that people are scared of driving every time it rains. 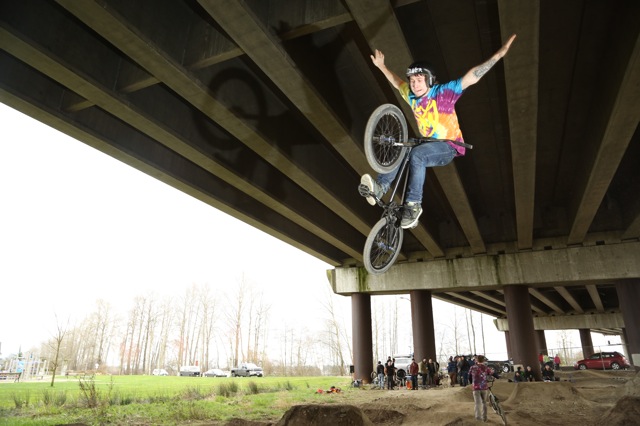 That’s a real hard question. They have all been a lot of fun. Probably during the Metro Jam era when a bunch of us used to come down and stay in Maple Ridge at buddies house. His parents would give us the basement for the whole week so we always got as many people as possible to stay there. I think one year we had over 20 people staying with us. We would ride for the whole week before and hang out in and around Van traveling to all the different parks and jams. Back then I could ride all day and not be sore the next day. Those were the days haha.

Around the seawall to Third Beach with a six pack of Palm Bay in my bag. I also enjoy riding bowls and ledges. I used to like handrails but they are way to hard now.

When did you start skating and why? (for those of you who don’t know, Desson can actually shred Hastings and a lot of big trannies on a skateboard)

I started in grade six because my neighbour did it and it looked cool. I did it off and on for a while but over the last few years I’ve been doing it a lot more. I always have it with me in my car so when I get bored at the park I can switch it up a bit.

You’ve got a pretty solid DSLR setup. What made you get a camera kit?

I bought a camera so I could keep track of my footage easier. It was hard to always try and track down clips when it came time to make edits.

Do you film quite a bit?

I film a bit when the homies are doing cool shit and Luke doesn’t have his BFC with him. I’ve actually been trying to shoot photos more than anything lately.

How many pets do you have?

I have two Orange Cats that are like 16 pounds each, and a Mutt named Sophie.

How many pets do you hope to have some day?

I want to have another dog when I have a house. But besides that I told my girlfriend 3 was enough.

What’s this about getting beat up by a cab driver?

When I was like 16 I was really good at drinking way too much and would be super annoying. Well one night I was hanging out with some of the older riders In Kelowna playing some sort of drinking game. My friend Adam and I were drinking Captain Morgans straight because we were stupid dumb idiots. The older guys had plans to rent a limo and drive around downtown before they went to the bar. For some reason we were able to convince them to bring us with them. Well I guess I was being super annoying and drunk so they sent me home in a cab. They gave the cab driver 20 bucks and told him to take me home. I lived across the bridge from Kelowna which is usually like a 40 dollar cab ride. Once the driver got over the bridge I passed out in the back seat and probably started puking. The cab driver pulled over behind a bar and tossed me on my face against a dumpster.  When the bar closed the waitresses came out to head home and found me laying there with a bloody face and pissed pants. They went through my wallet and found my parents’ number. At 2 am my parents got a call saying there son was found behind the bar all beat up. Needless to say they were pissed. I couldn’t go to Elevation in Whistler that year because of that. I’d be pissed of some stupid 16 year old drunk idiot ruined my night in a limo. That shits expensive. It is pretty funny though. Haha, oh well that’s drinkin’ bud. 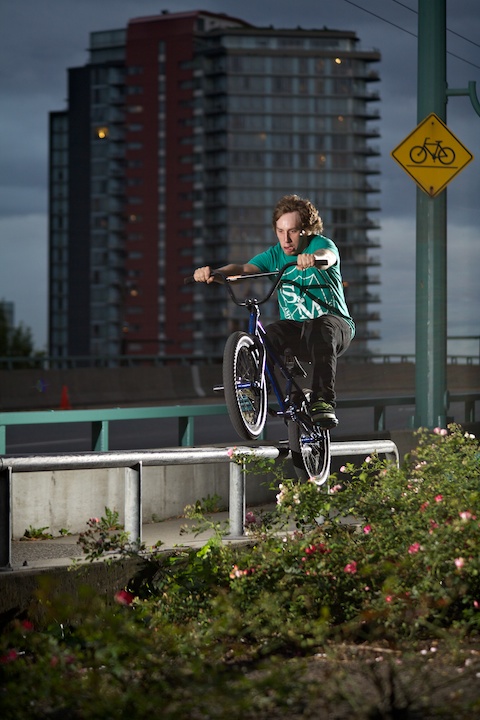 Which character from the Sandlot movie would you be?

As a Canucks fan, how many games a season do you typically watch? (be honest)

This year I’ve probably watched about 18 or so.

5 Nicknames you have for Luke Saltucci

Luke sucks and never does anything cool because he is old and stupid and an idiot. He did get a helmet last week while trying to meet up with us downtown though. That’s kinda funny. Luke’s actually a nice guy. I’m just mad because he’s in Cali right now and it’s suppose to rain here tomorrow.

How was the Gorilla Jam this year?

Gorilla Jam was sick as fuck. Josh always puts on a good time. Can’t wait for next year.

What’s your favorite part of being Canadian/living in Canada? 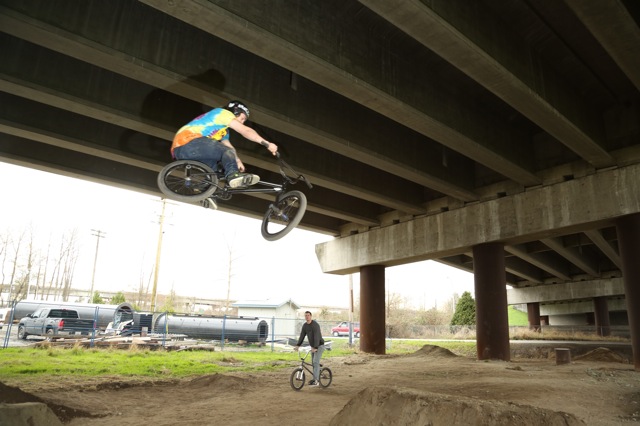 Do you think your car could race Andy Roode’s?

My Mexican made VW could race his WRX. He would win though. By a lot.

Most memorable moment of living with Greg Henry/Jetty and Andy?

So many. From waking up to an Asian stripper doing unspeakable things to a bike seat, to seeing Jeff’s cat have kittens while high on mushrooms for the first time, or seeing Roode completely naked because he didn’t know I was home. That house was one of the best times of my life.

If you could have a free 2-4 at the beer store, what kind of beer would you grab?

The coldest and the cheapest because cheap beer taste the best cold.

Top 5 places you’d like to ride but have never been?

Thanks to my girlfriend Tenille for putting up with my shit. Bernie and Isaac at 64 for helping me out for all these years. Moeller and Dylan at S&M for helping me out and showing me a good time whenever I’m in Cali. Zane for hooking up Connected shirts. You Deme for doing this interview and having the best BMX site in Canada. And all the homies in Van that I ride with.