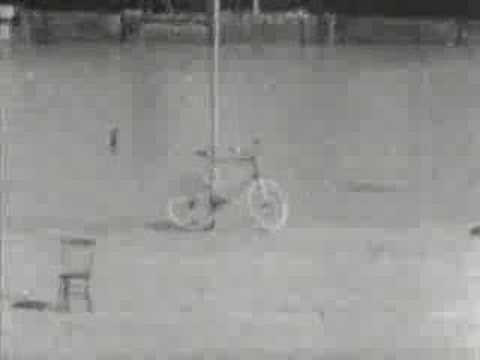 Posted at 17:25h in Canadian BMX by Jeremy Deme

Here’s some crazy early day bike stuntery that Thomas Edison captured. David Hawthorne hooked this up, it start’s a little slow but if anything at least watch from 2:15 on.

“It’s Thomas Edison, the dude that invented the light bulb. He rips. The start is a little slow, but the loop is nuts. I’m sure if he had the internet his bike would be more on point. I’m going outside to try and learn his moves.”
– David Hawthorne