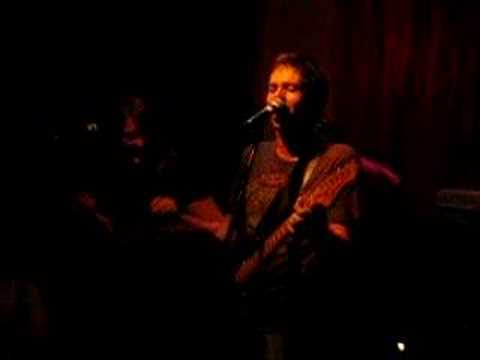 Posted at 22:16h in ARCHIVE by Aaron Gates

Jon-Rae Fletcher has had a roller coaster ride of a music career – he’s probably one of the best live acts most people have never seen, and he has now disappeared from the Canadian music scene twice.

Jon-Rae has been a solo artist and has had a few different incarnations of his band The River. He’s always had a strange division in his work between his background in gospel music and his somewhat wild life as a traveling musician. My favorite symbolic example of this is from his album Old Songs for the New Town, where he covers Townes Van Zandt’s “Two Hands” (an old gospel song) and Shellac’s “Prayer to God” (in which Steve Albini prays for the smiting of an ex-lover with excessive profanity) back to back.

In 2003, Jon-Rae moved to Toronto and formed the incarnation of the River that most people will remember. Their sound developed into a mix of soul, gospel, and rock and roll that was both unique and infectious. Their live act was legendary to anyone who saw it. This was a band that would lay themselves out for every show and enjoyed the hell out of it.

Even more striking was how Jon-Rae could very naturally shift from the band above to something like the song below.

Jon-Rae, both with his band and as a solo artist, is the only act I’ve ever heard of being called up for encores as an opening act. Half of his albums were recorded on four tracks in living rooms, and some were just burned to cds and dispersed at shows. He’s the type of artist that gets covered by his peers. He’s been a character in one of Stuart McLean’s stories on Vinyl Cafe, and his backing bands have gone on to be significant Canadian acts.

He disappeared once in 2007 or so, and when he finally returned to music he fairly publicly detailed his battle with addiction. This seemed to be his re-emergence as a solo artist. He released Oh Maria, which is a scaled-down folk album with the excellent addition of a trombone (see below).

A 2010 interview on CBC suggested that he was working on new material, but that’s never materialized.