Posted at 20:41h in ARCHIVE by Luke Santucci 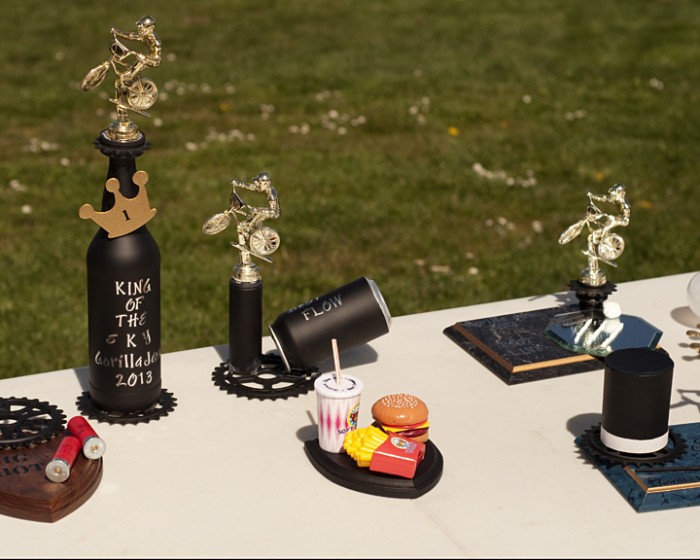 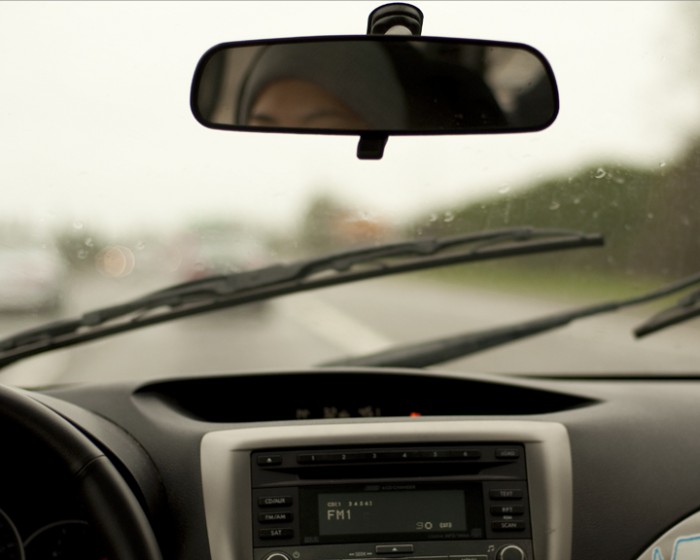 The forecast for the weekend of the Gorilla Jam was looking bad, but a crew of two cars headed out anyways knowing it would be a good party even if it pissed rain all weekend. 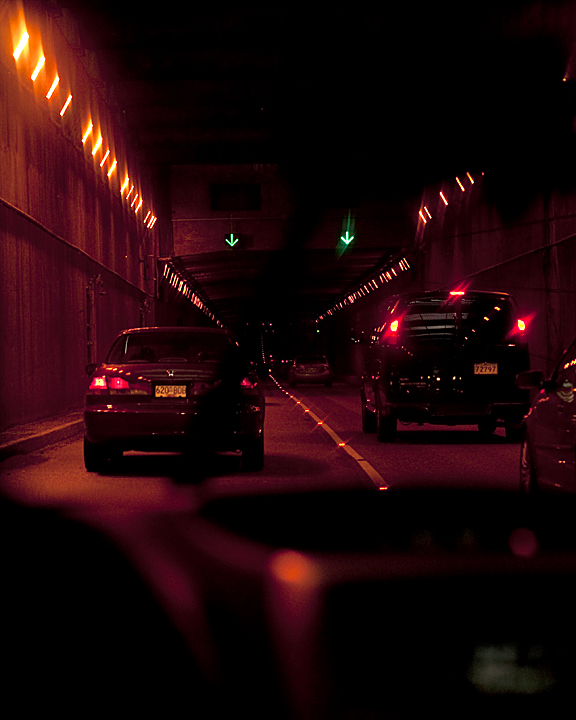 The two cars consisted of Andrea Hu, Luke Santucci, and me (Dave Scott). Then Matt Desson drove his car with Dillon Lloyd and Mike King. 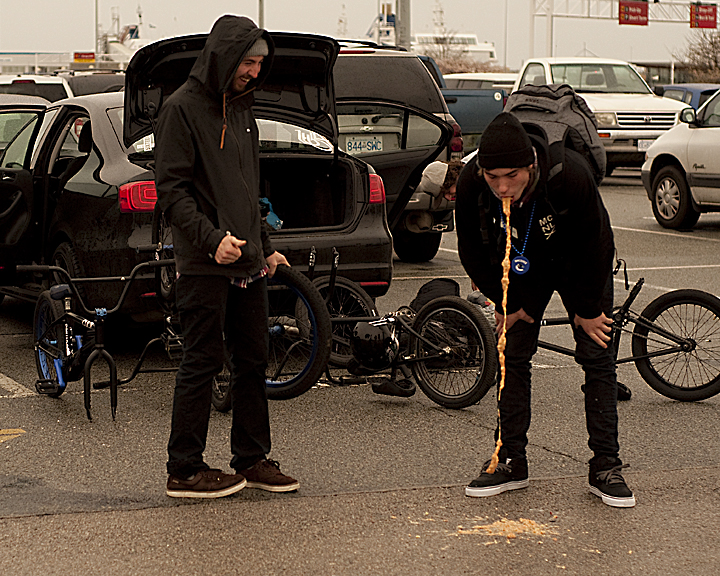 We all park and pay for the the ferry and get ready to board and Dill just starts puking so much I had time to get my camera out of my bag before he was finished. This happened before we got on the ferry, I knew good times were ahead. 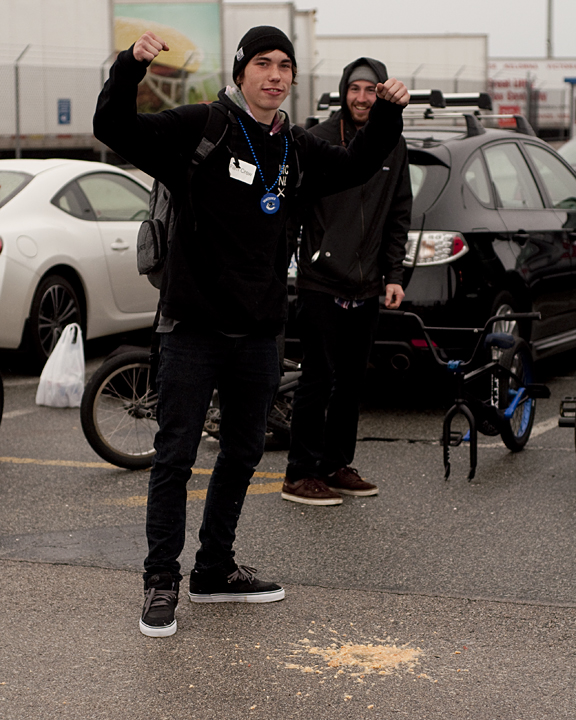 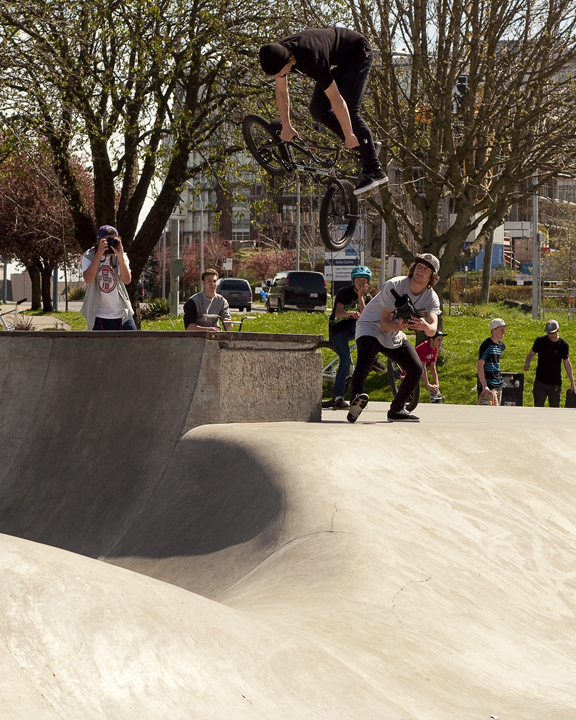 Mike King came down from the UK to hang out with us for a month while Dill was in town. Dillon-270 downside whip over the hip. 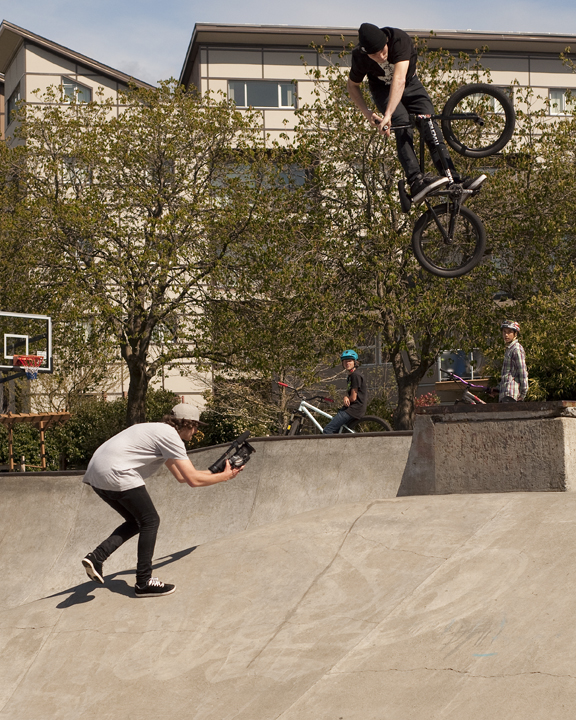 Dillon was killing it all day at the jam, after he landed this barspin to turndown he went down hard trying to do a barspin to tuck no hander, but he should be good in a few weeks. 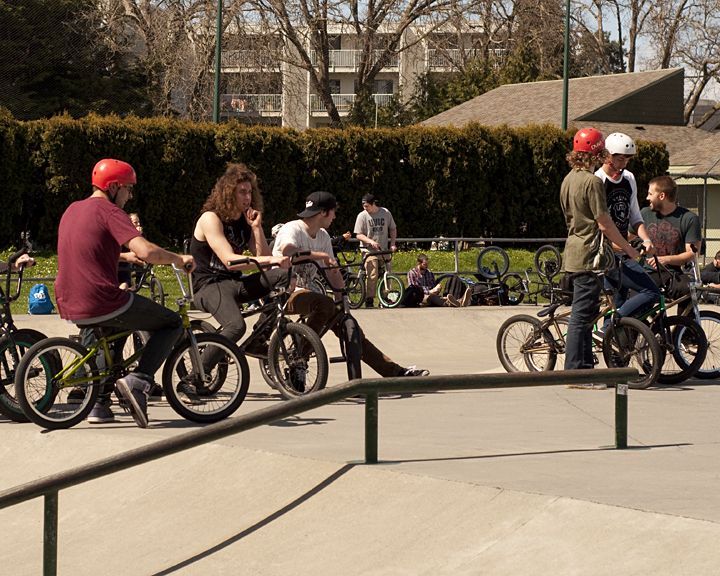 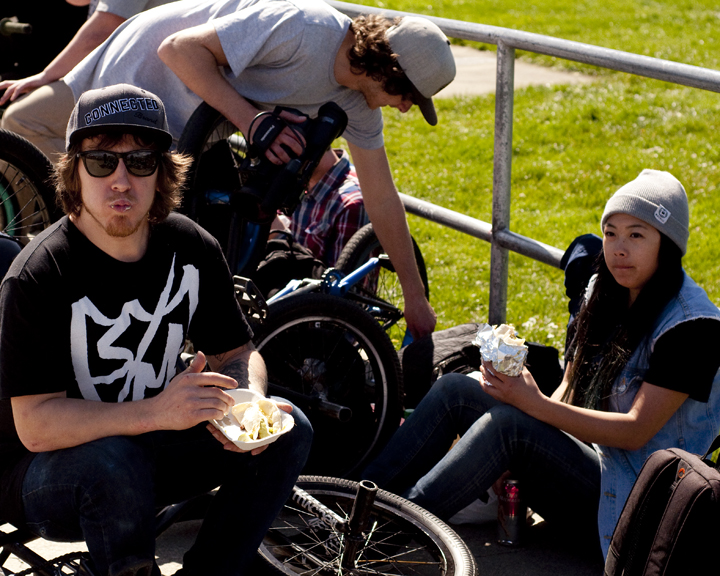 Everyone thought it was going to rain all weekend but the weather was amazing for the whole jam. As soon as everyone was leaving to go party at the Australian’s house the rain started, but the party kept going. 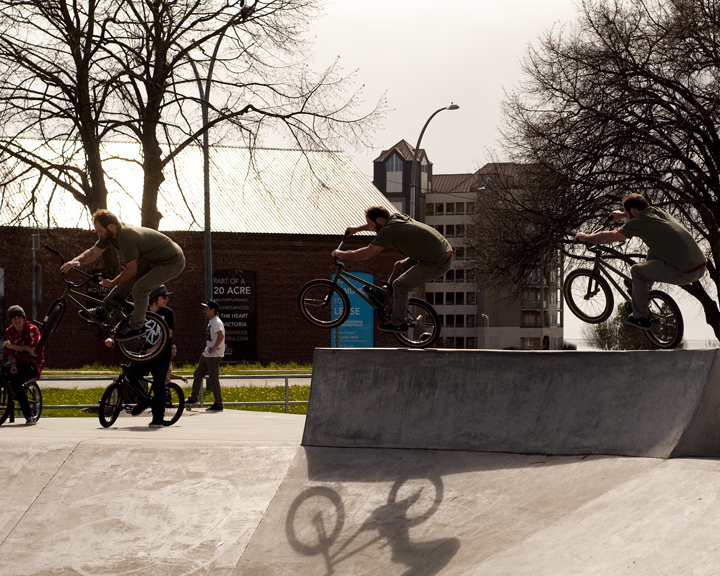 Jason Teet with a crazy manual to bar spin around the new corner pocket at Vic West Park. 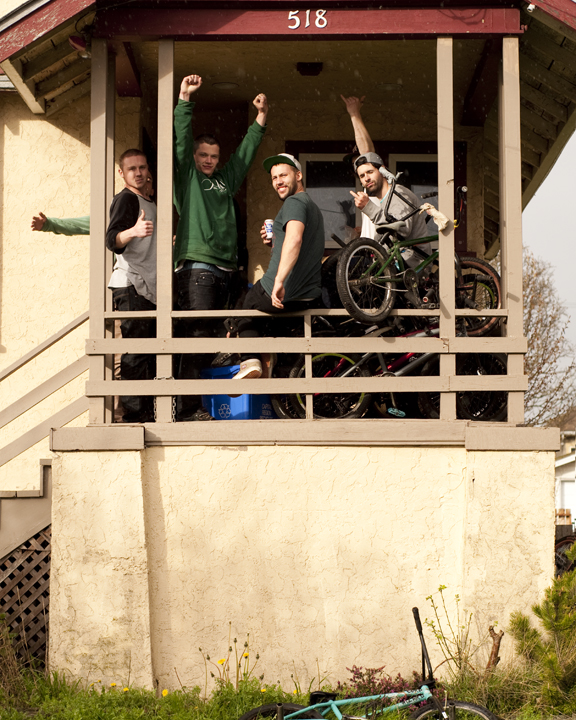 Always the best hospitality from the dude house. These guys know what’s up. 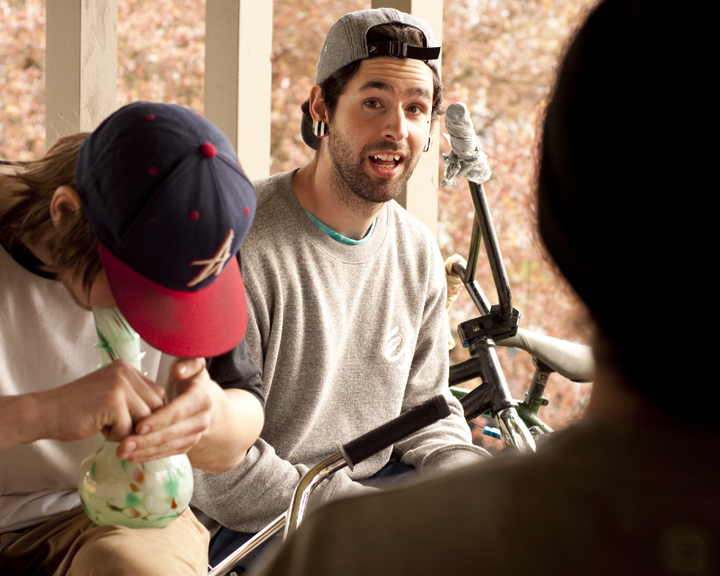 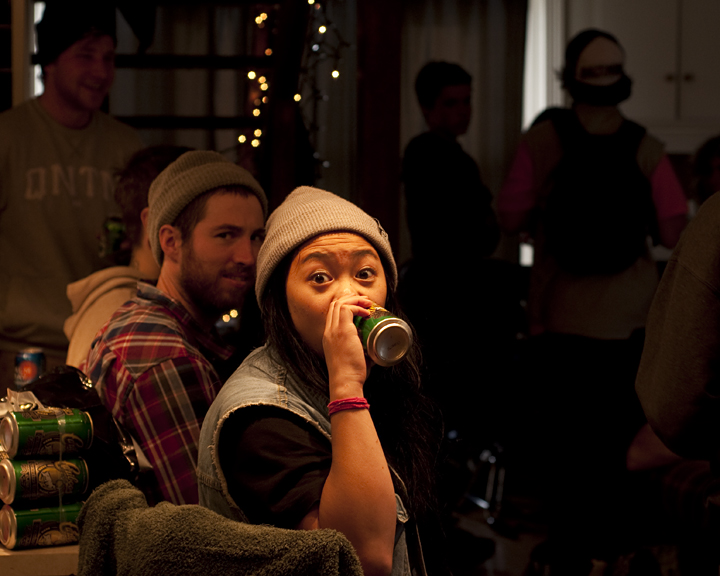 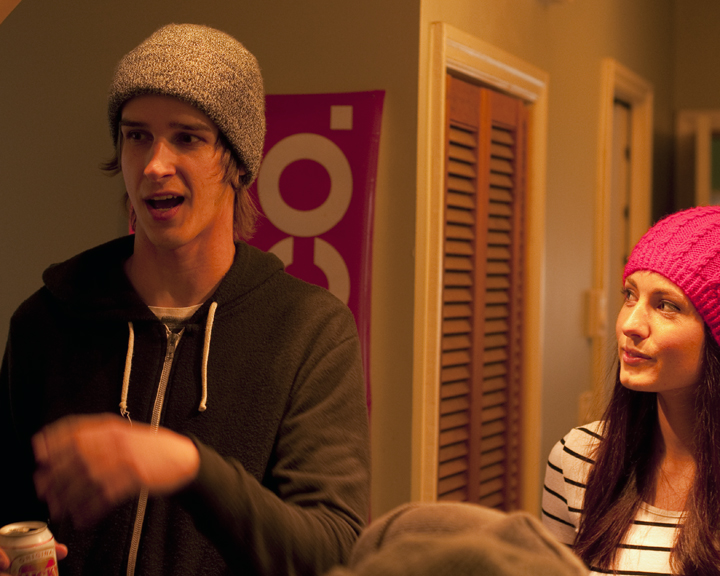 Mike Carroll was the host of the weekend for us. Thanks for the spot to crash and the laughs we had! 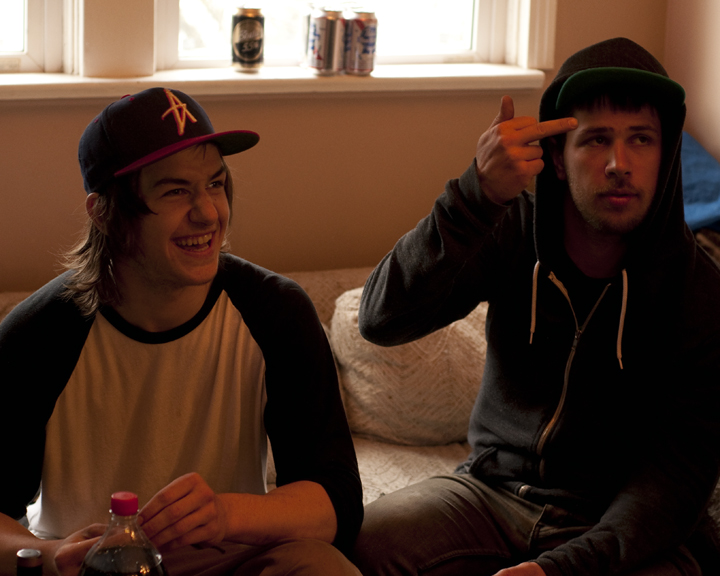 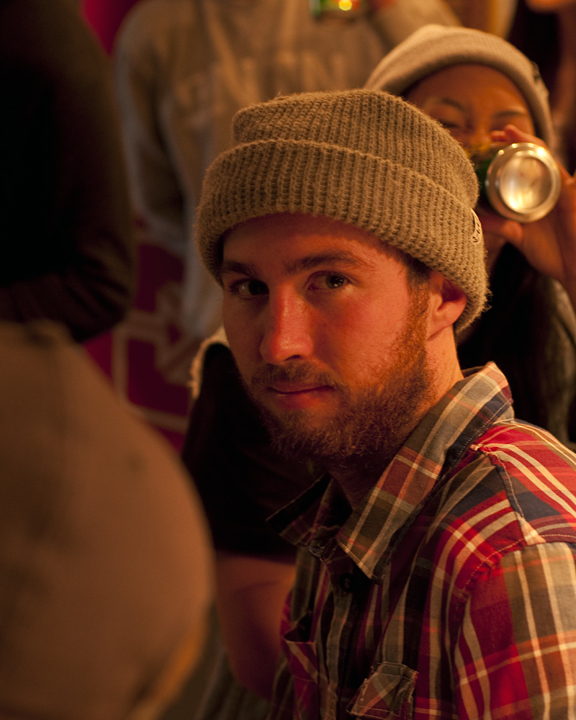 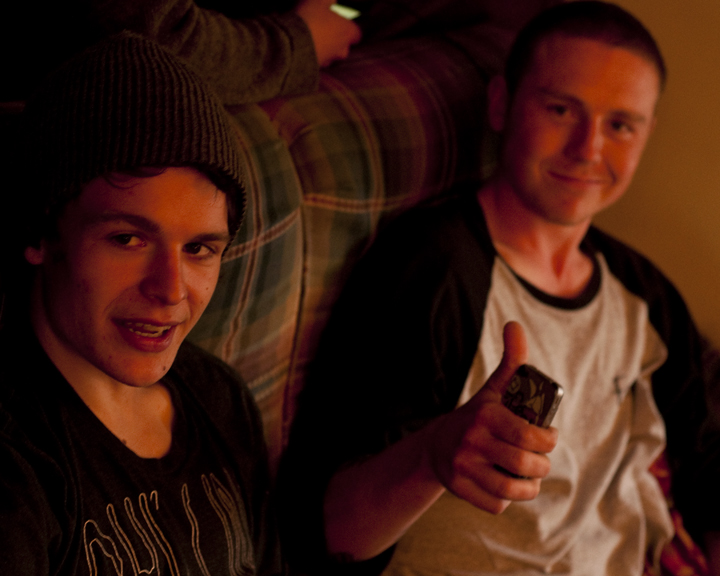 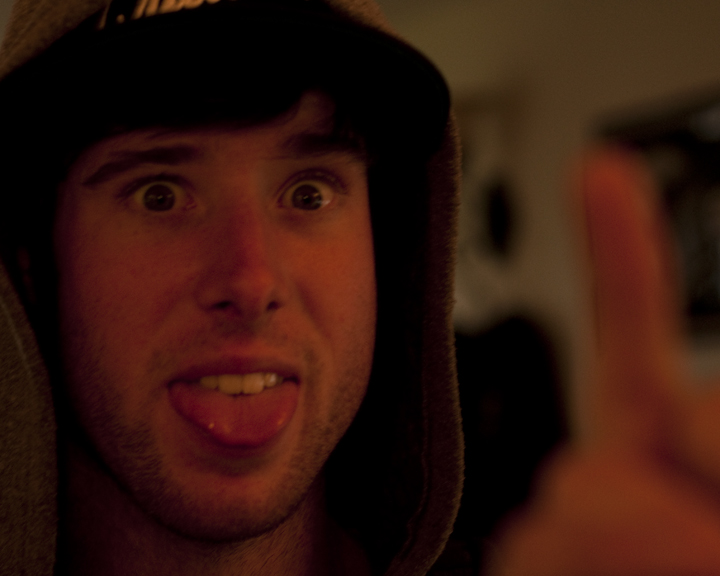 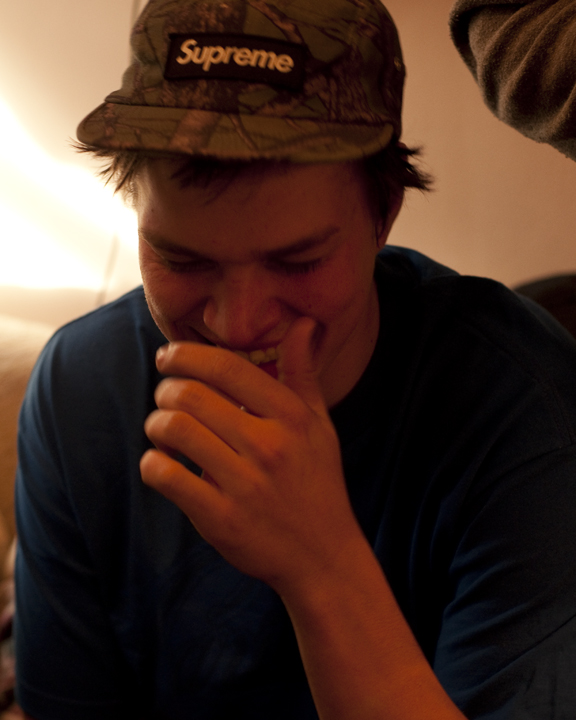 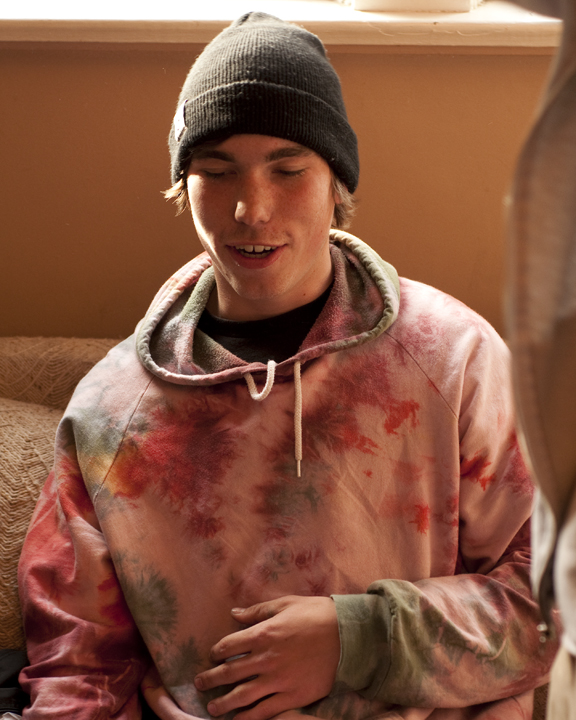 Dillon still having good times even though we had to push him around town all night in a office chair due to his leg injury. 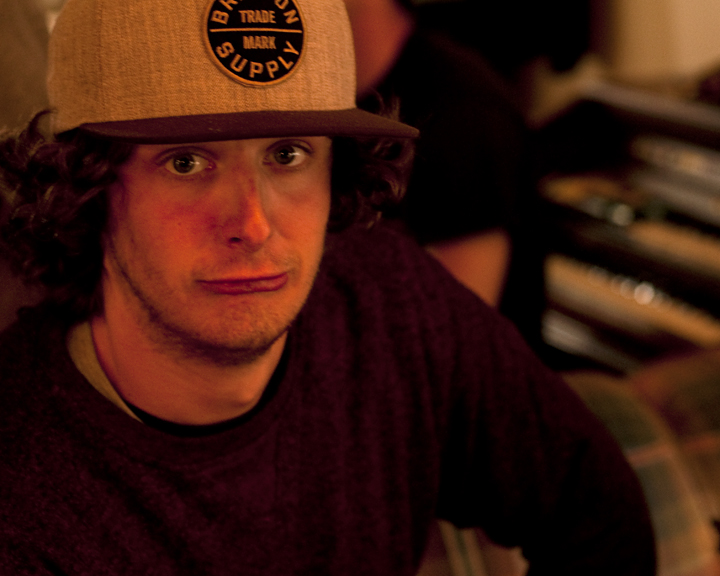 Mike King is staying with us for the next month, he’s a rad dude and you should check out his website http://ffwdbmx.com 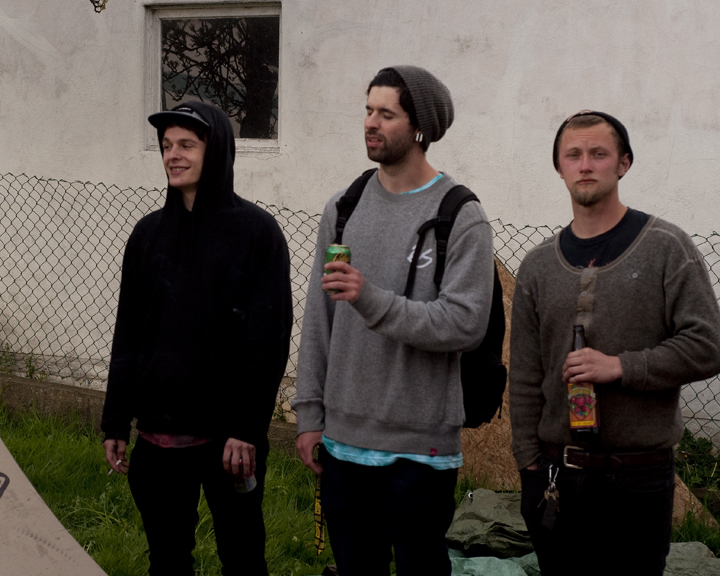 The after party at the  Australians house was crazy. So many people showed up and it was packed with backyard ramps and people drinking and yelling off roofs all night long. 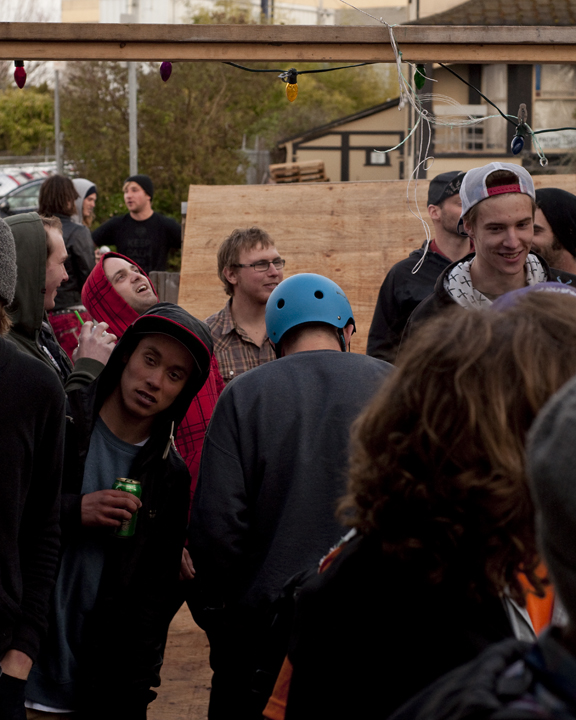 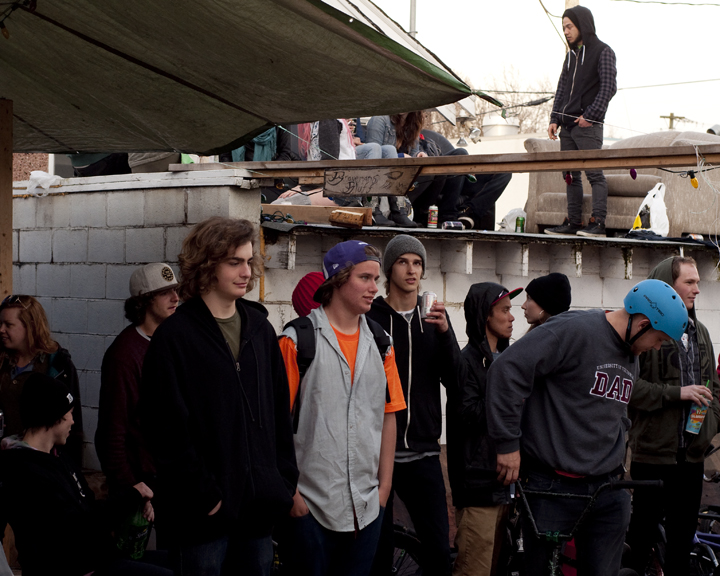 People watching on as people cruised the ramps for hours in to the night. 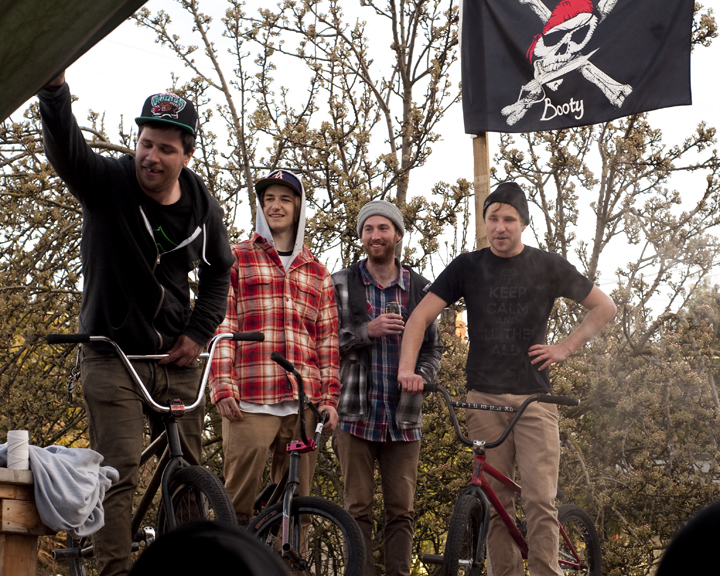 The weekend turned out to be an awesome time, the weather held up as much as it could for us to ride and have good laughs, thanks for the good times by’s, we will be back again next year. Cheers! 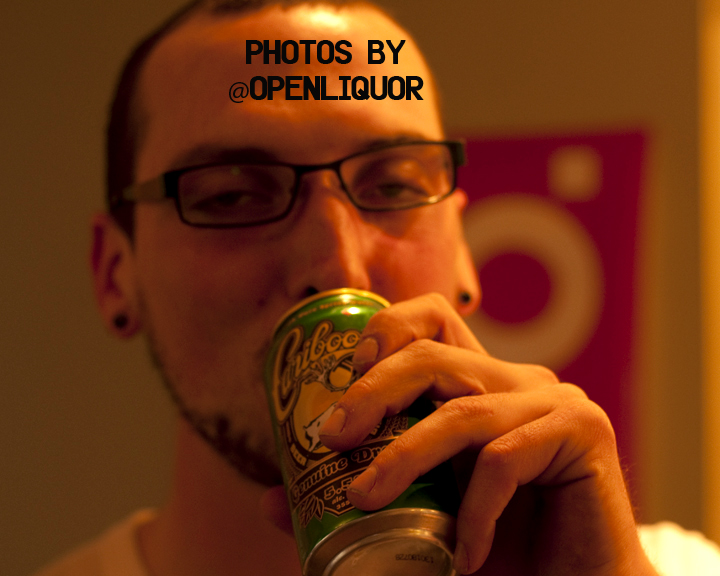