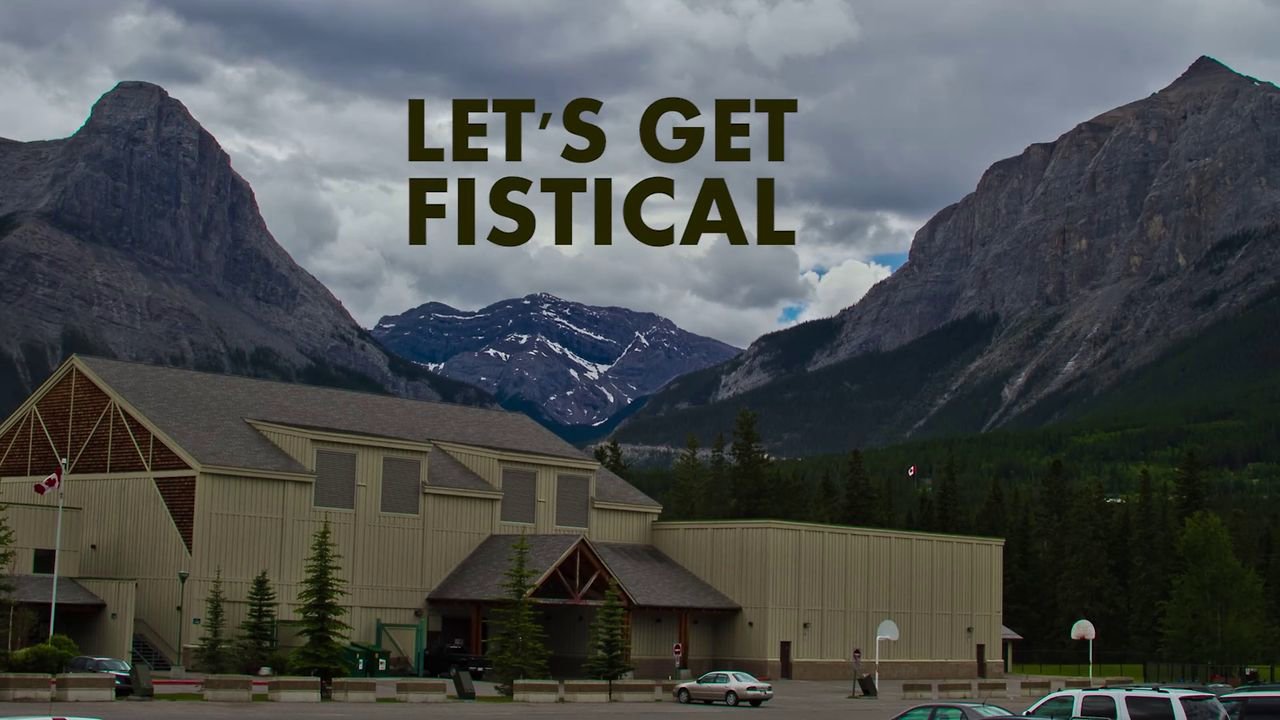 Posted at 12:56h in ARCHIVE by Jeremy Deme 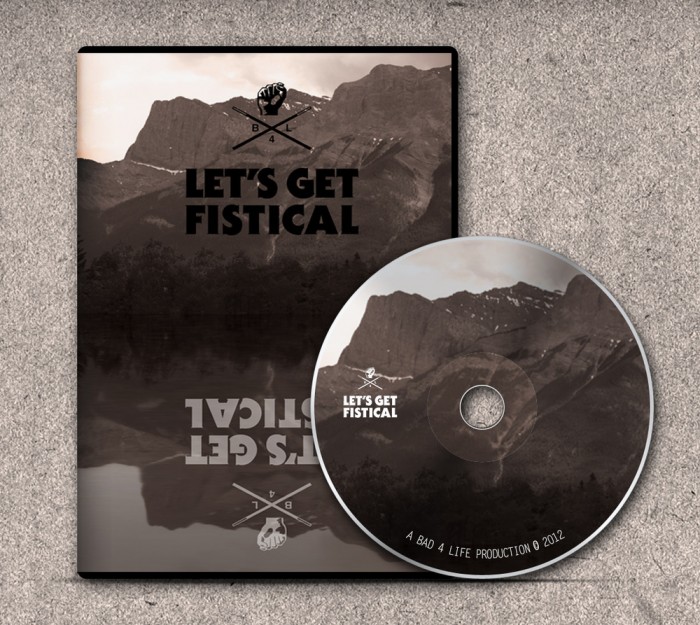 We hit up Brodie for some info on his Bad 4 Life release: Let’s Get Fistical. Read on for what went into the film and how to get a copy/ support Canadian bmx! 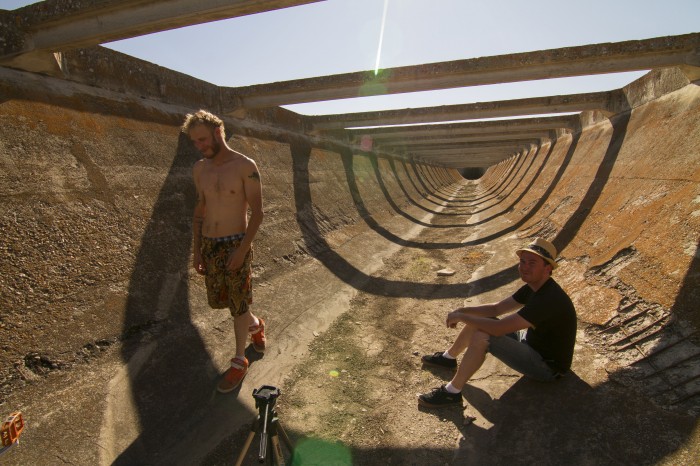 When did you decide you were going to do a dvd and what motivated you to do so?

It was a little over 3 years ago. I was getting into filming a lot more and was pretty excited about the new dslrs that were coming out…. There was still quite a few spots/riders in SK that I felt needed more exposure, and it seemed like the best idea was to work on a full length video.

How long did it take?

Too long. It was supposed to take 2 years, but ended up taking about 3.

A bunch of gay, pedophiliac nazi sympathizers haha…… Bad 4 life started out as a joke and not much has changed. Back when I started it I was basically making fun of companies that tried to have a cool sounding name and act hard as fuck. Back then it was companies like no fear, and now it would be companies like metal mulisha….. I just made a couple shirts and gave them to friends. Then over the years of filming in Sk I met tons of riders and became friends with pretty much all of them. Everyone I met is super laid back and jokes around a bunch…. At least they started too after spending any time with me haha. So it eventually became a group of riders that are all close friends and like to make shitty jokes. 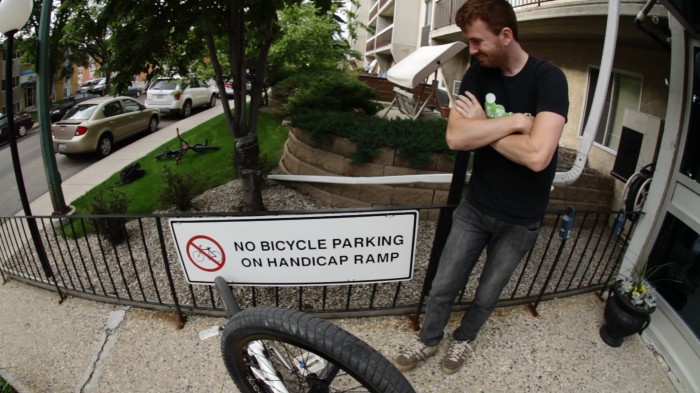 What was the best and worst thing that happened while filming for it?

The best was those days where so much stuff got done, and I came home with minutes of footage for the video. The worst is when things wouldn’t work out and I would have hardly any footage to work with for a whole weekend of filming. Especially since every rider lives at least a 2 hour drive from me.

What equipment did you use to film for it?

Where was the dvd filmed?

All over Saskatchewan, with 2 trips venturing into Alberta, and 2 trips to Brandon, MB

Water slides outside of Calgary

What sections or parts are you most stoked on?

The whole thing! Braden Beck sure came through with a lot of footage for how many times I spent filming with him. The guy’s dialed and it gave me more time to work on others people sections that weren’t quite finished yet

In a web edit world, what’s your opinion on DVDs vs web edits?

I love both and both have their moments, although I feel physical copies are soon going to be a thing of the past. Everything will be digital download soon and I have no problem with that, as long as people keep making full length videos.

From all the video/rider/filmer spoofs and parodies you have done, have you ever gotten reaction from the person or people that you are poking fun at? Any good/bad stories?

Only twitter posts about the cunt walkthrough. Chase D saying he was gonna leave us laying on the floor, and Sexton made some comment too… He was super pissed about it, which was weird because the parody had nothing to do with him…. Something about nobody makes fun of Dak which I thought was hilarious… Actually believing that once you’ve made a name for yourself in bmx, that you should be immune to ridicule.

Are there any videos/riders/filmers that you wouldn’t parody and that you feel are off limits, or is it fair game from anyone and everything?

Fair game for everyone, although if your a company that spends more time making better parts than worrying about your image your probably pretty safe. 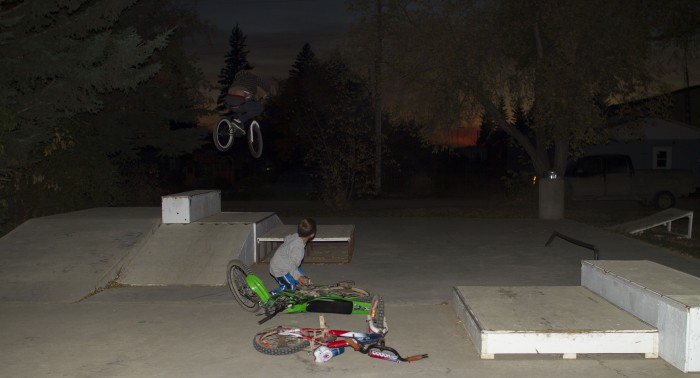 Small and spread out. Its lacking younger up and coming riders, but the core group of riders are all good friends. Most of us have been riding for over 10 years and everyone seems to have their own style too which is nice, because you can go to the skatepark and not see any tricks get repeated most sessions.

What’s next after this dvd?

Big things! I have some major goals setup for 2013/14 so we’ll see how that turns out. Definitely gonna try to get out of SK more and try to film some other scenes. 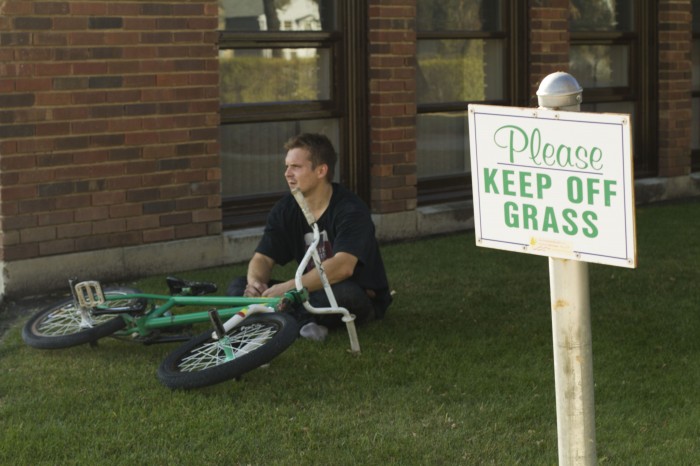 Where can the dvd be purchased and when will it be released?

http://bad4life.bigcartel.com/ it is available now on dvd or blue-ray.

Thanks to any rider who has a section in the video, and to anyone who let me crash at their place. Mitch Anderson for being a funny fuck. Also thanks to my parents for giving me time off in the summer to film for this video.