Posted at 22:05h in ARCHIVE by Jeremy Deme 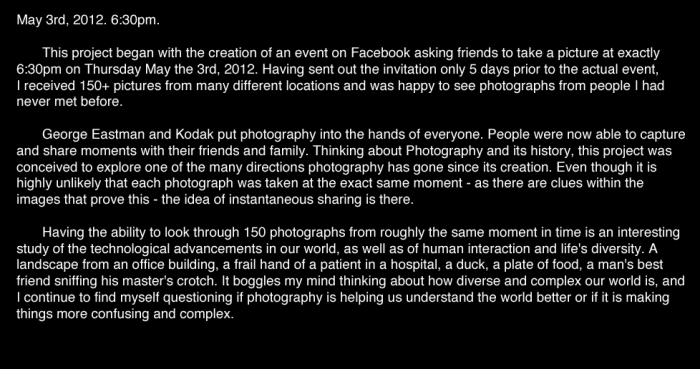 Scott Berwick has been a part of the Chateauguay,QC bmx/party scene for a long ass while (if anyone has ever seen SNUTS he filmed a bunch of Corey Dewey’s part). Scott recently held a photo project where he asked friends to take a picture at exactly 6:30 pm (EST) on Thursday May the 3rd. Scott created the event on facebook 5 days before and he received over 150 photos from people all over. Check it out here and scroll to the right at the bottom of the page to see all the photos he received. Really cool concept and results.